Striking Floating Tree Installation Sits in the Middle of a Lake 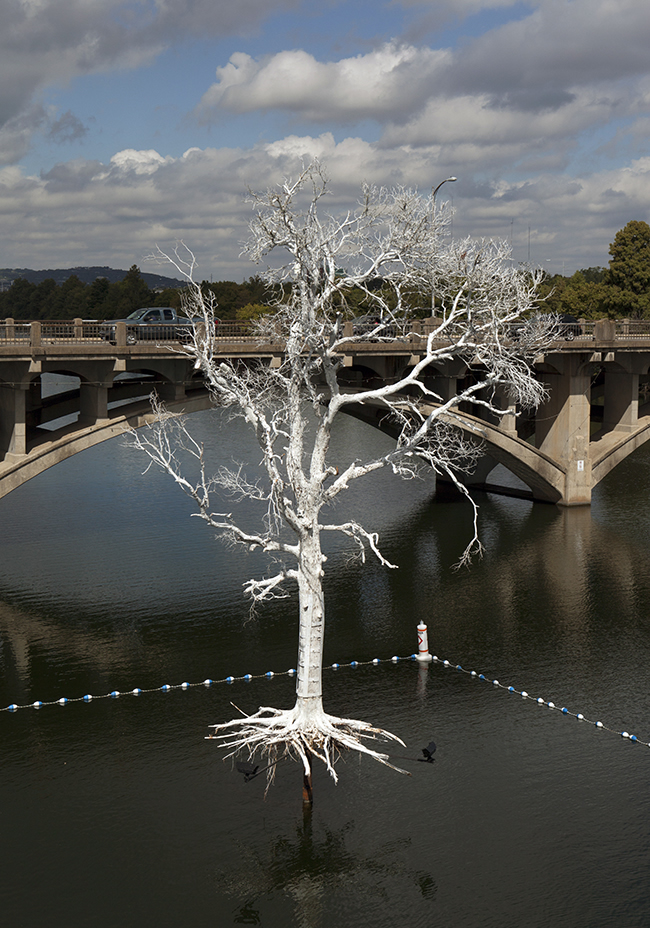 THIRST, a temporary public art project that was on display from September to December 2013 in Austin, was created to commemorate the loss of 300 million trees that died due to the droughts that recently plagued Texas. THIRST was a collaboration between Women and Their Work Gallery, Beili Liu (lead visual artist), Norma Yancey and Emily Little (architects), and Cassie Bergstrom (landscape architect). Located in the heart of Austin at Lady Bird Lake, the project aimed to call attention to the urgency of the water crisis.

THIRST consisted of two site-specific installations: the THIRST tree and THIRST: the Prayer Flag Installation. The THIRST tree, an iconic symbol of loss of life due to drought, consists of a drought-killed Cedar Elm that was excavated and painted white, and then placed in the middle of Lady Bird Lake. According to Liu, “With its root reaching but not touching the water, the tree visualizes life's dependency on water. It is a physical and tangible reminder of the urgency of our water crisis, which may sometimes seem distant from our daily lives.”

In the Prayer Flag installation, 14,000 white cotton flags, each printed with an iconic image of a drought-killed tree, surround a loop around the lake. This installation was inspired by Tibetan prayer flags, which are often strung up in the Himalayas and used to bless the surrounding land and people. The color white, which symbolizes water in Tibetan prayer flag tradition, also serves to remind the viewer of the devastating destruction and loss of life that drought can bring. 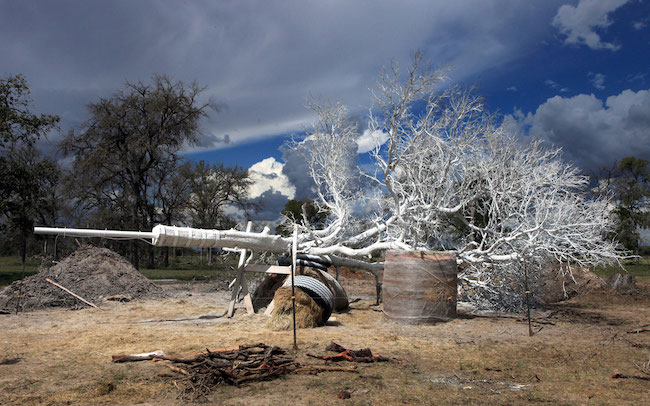 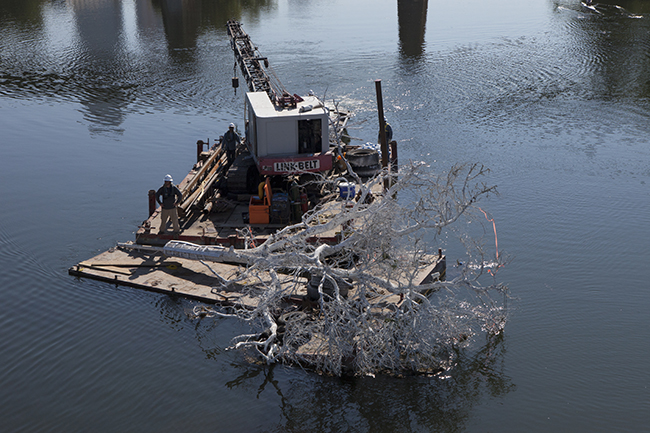 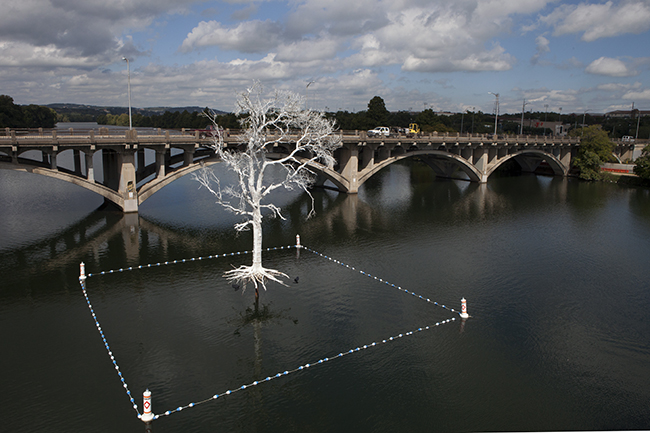 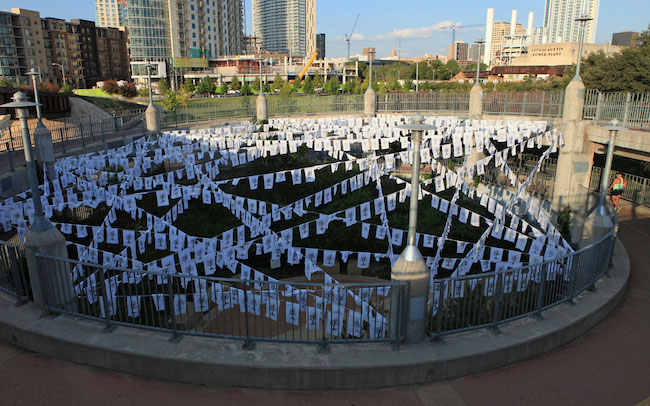 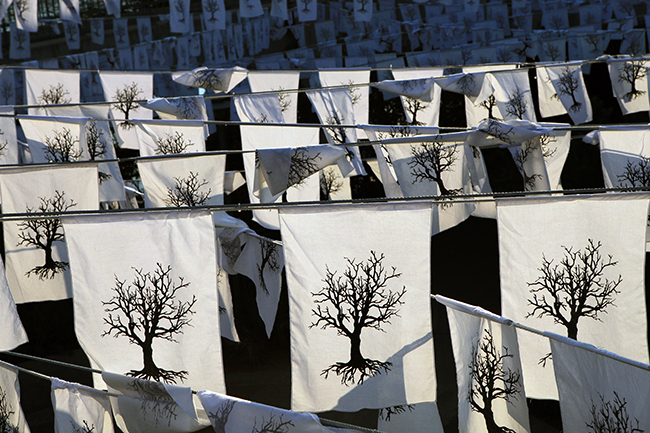 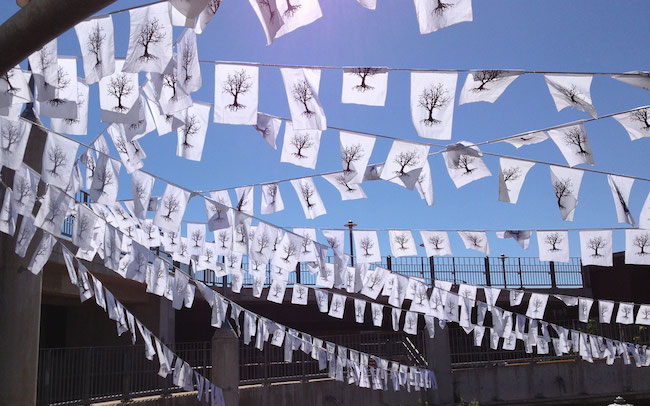 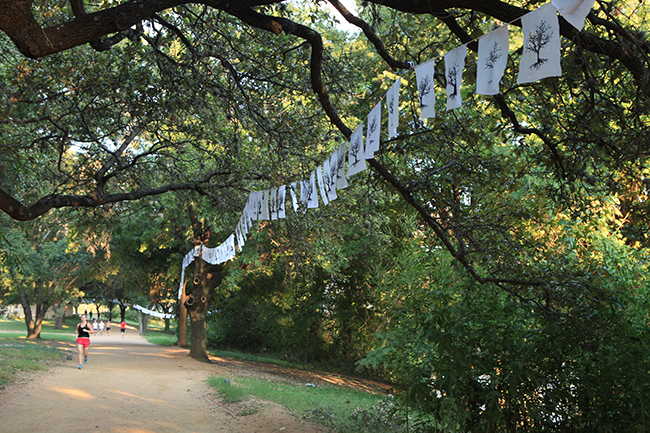 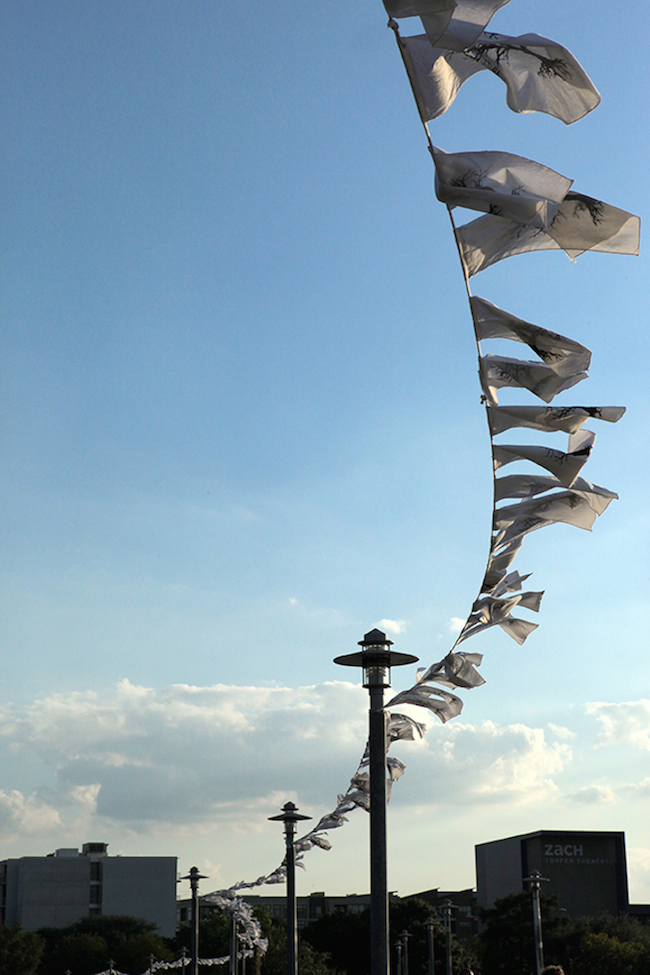