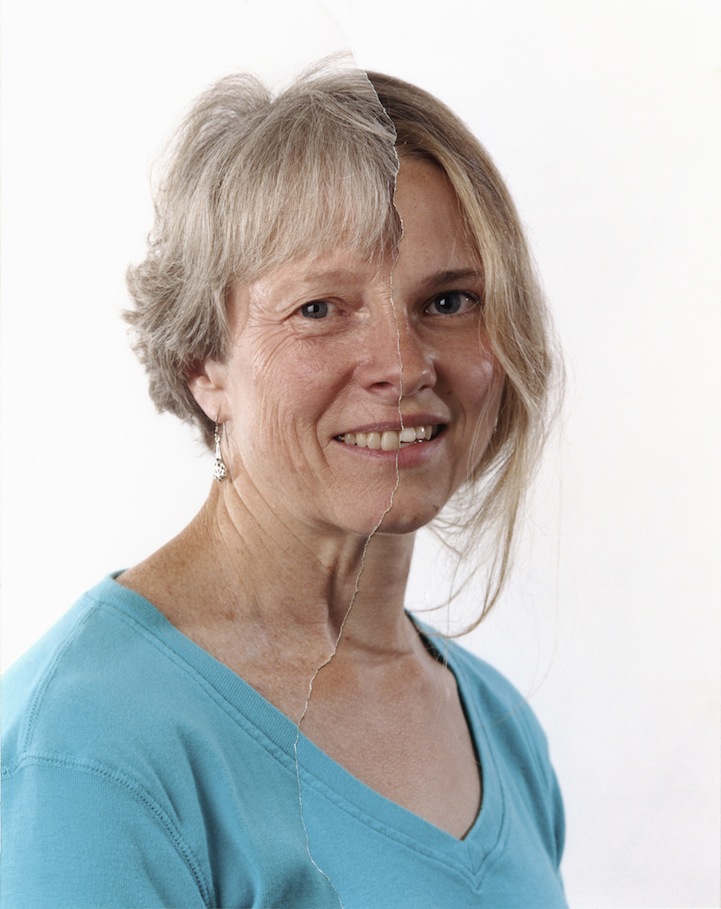 Aging is a visually recognizable occurrence, as we've seen in photographer Bobby Neel Adams' AgeMaps, but there's something even more fascinating about comparative portraits between relatives. That is perhaps why Adams followed his last project with Family Tree, a photo series that juxtaposes the portraits of two relatives. Rather than simply seeing a before and after shot of one person, we see two people in the present day that display a feasible version of themselves from the past or the future in their own kin.

While the series does also address the aging process, it takes an additional look at the likeness between individuals who share bloodlines, specifically those that are immediate family members–father/son, mother/daughter, father/daughter, mother/son. Even if the coloring is a little off, silver on one side and brunette on the other, there is an undeniable resemblance. Using his signature method of piecing together two torn photographs, Adams presents a intriguing look at “the visual DNA passed from generation to generation.”

If you like this series, you should also check out Ulric Collette's Genetic Portraits and Frauke Theilking's Generation.

Bobby Neel Adams explores just how much people within the same family look alike in an eye-opening series, Family Tree. 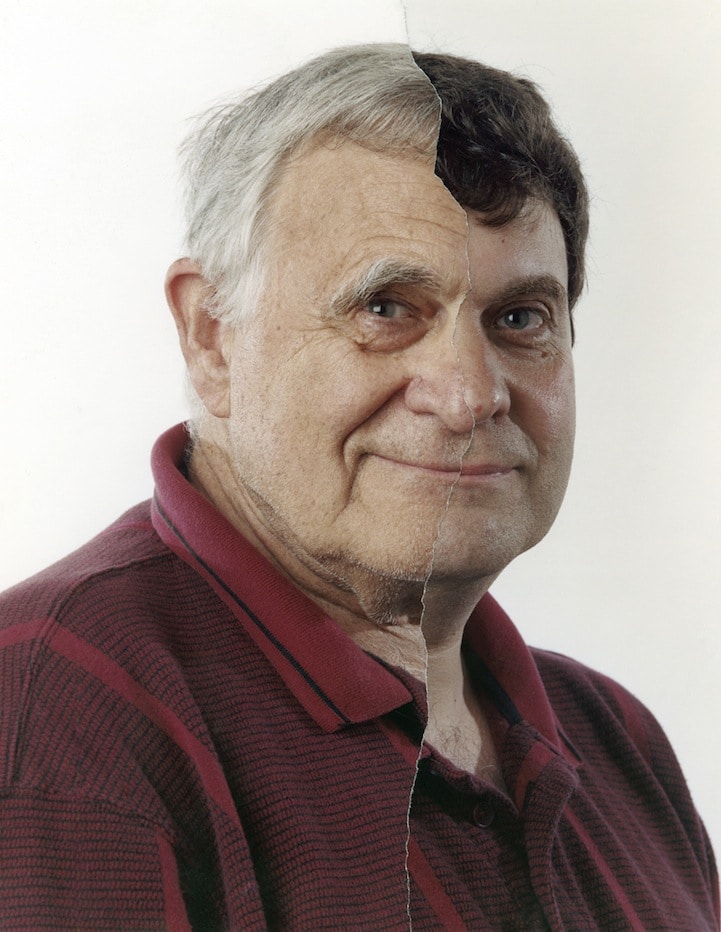 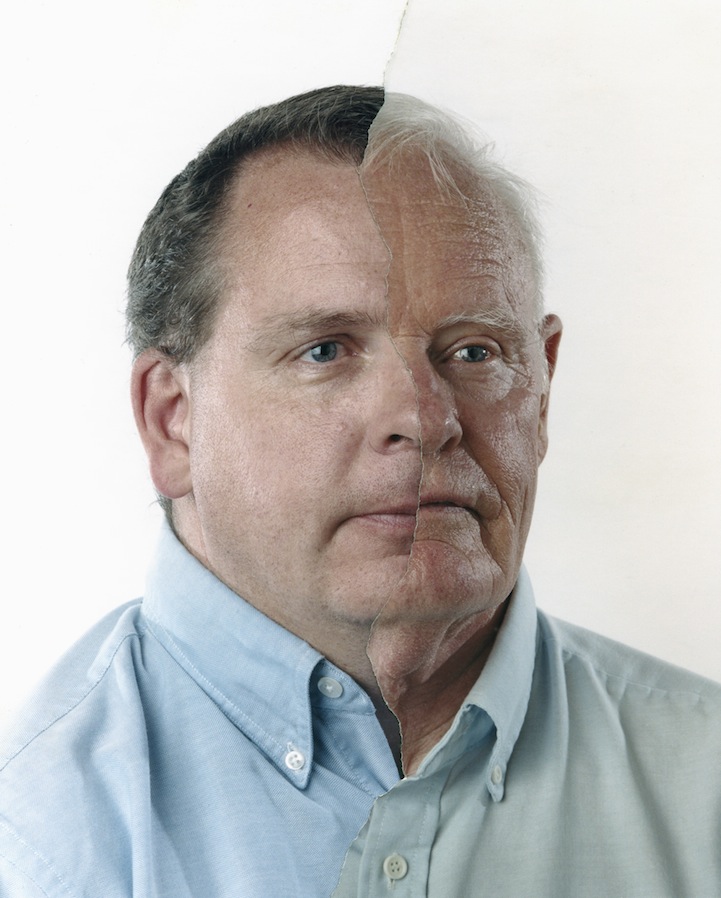 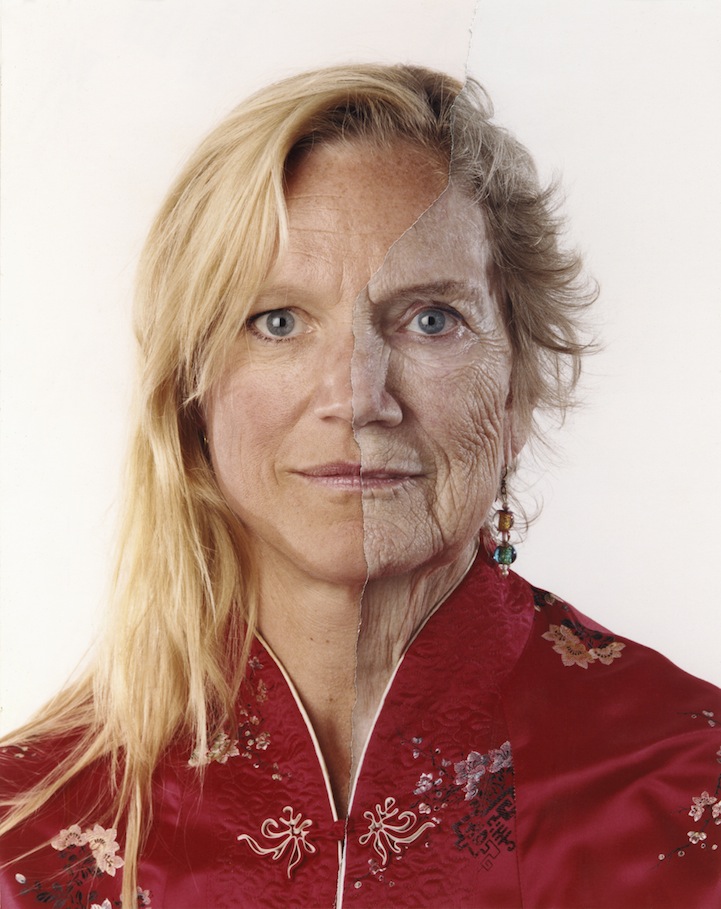 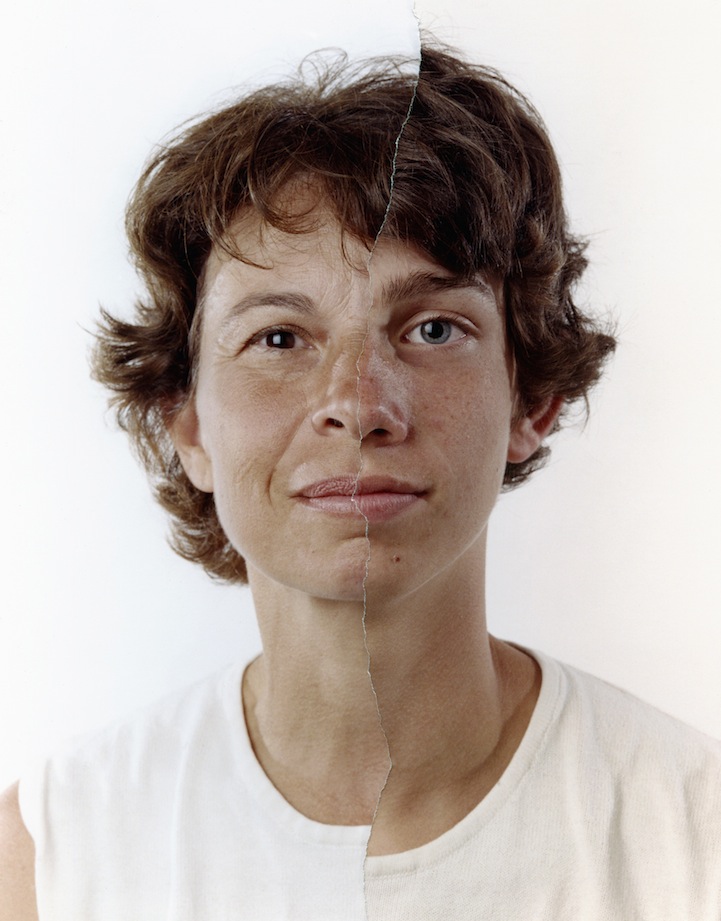 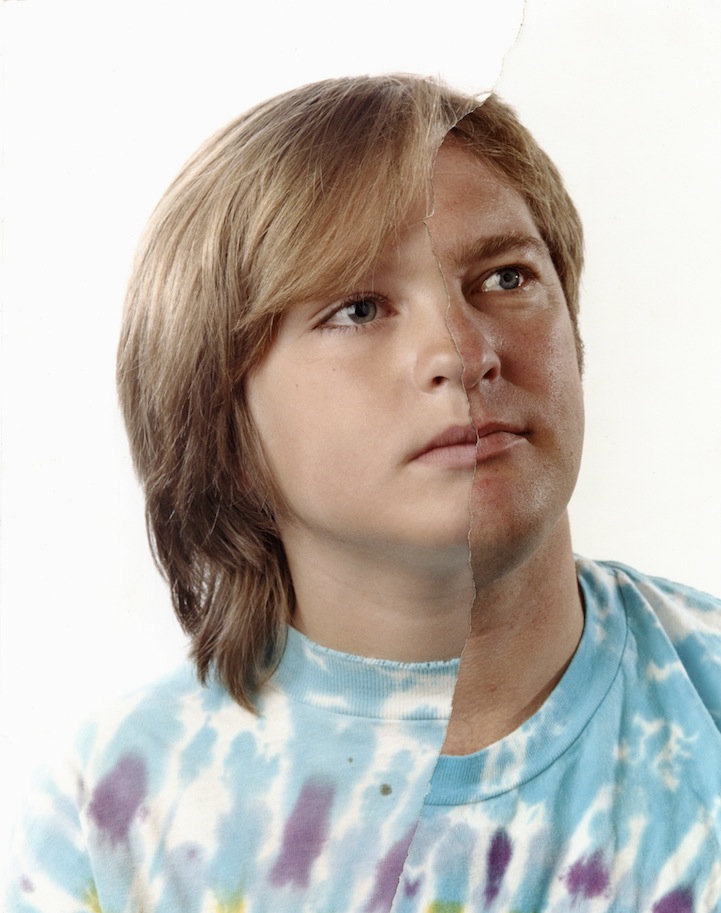 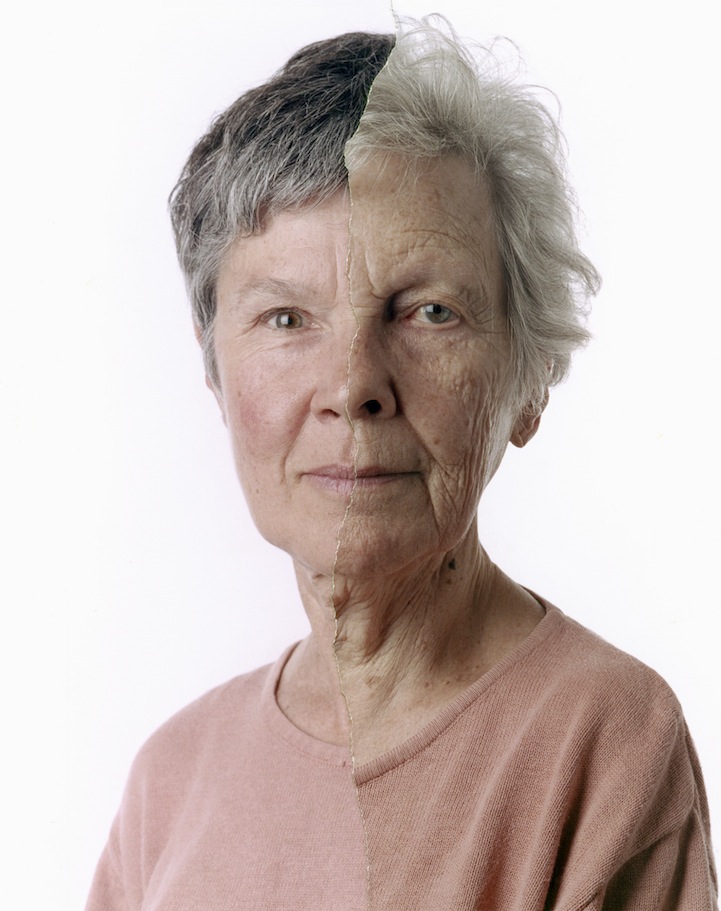 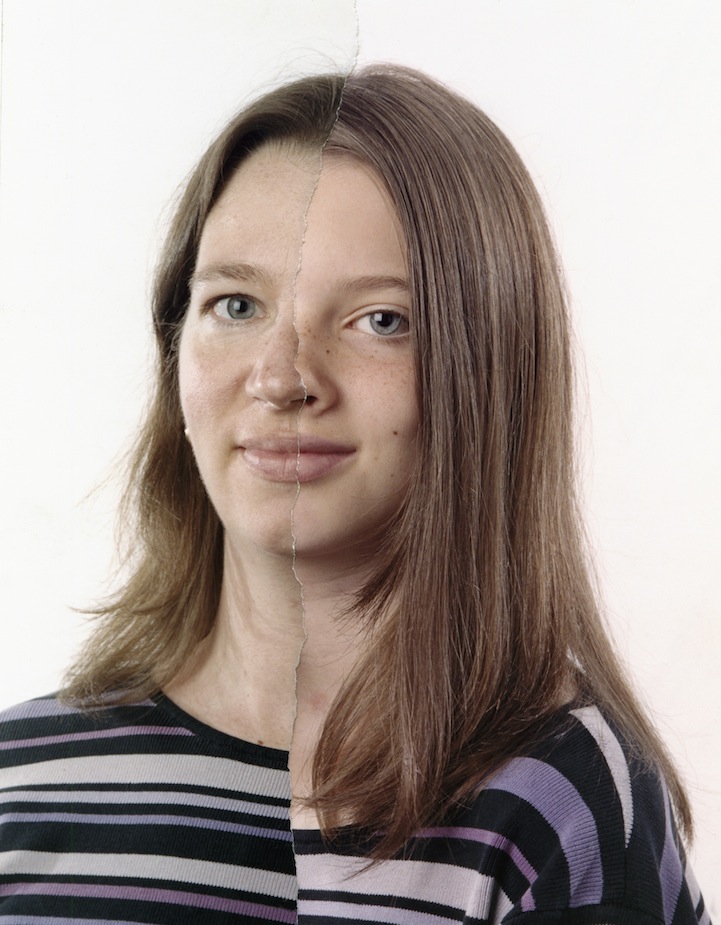 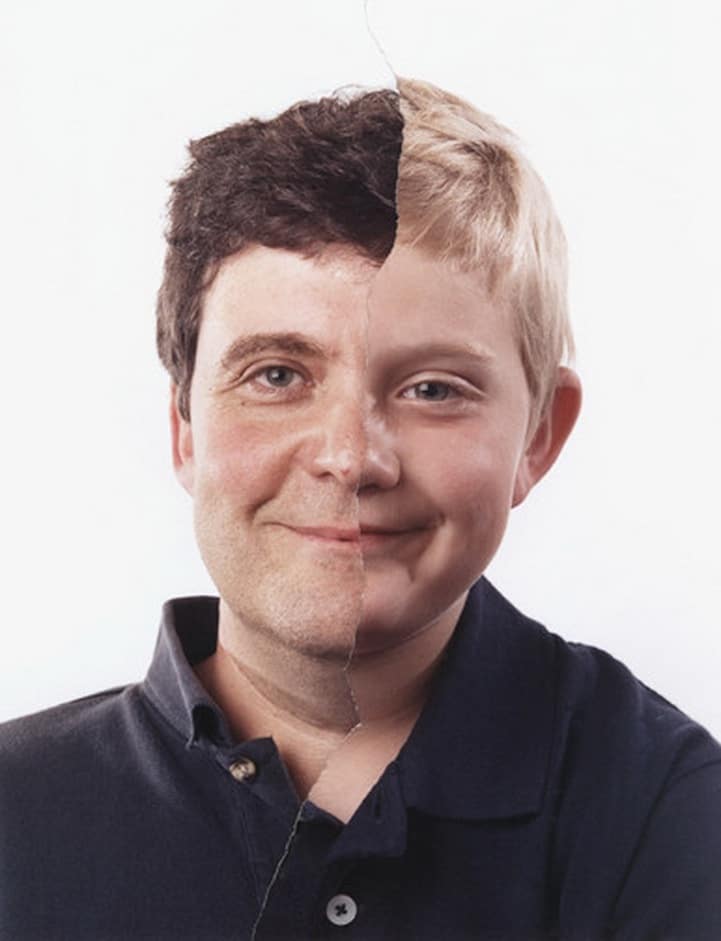 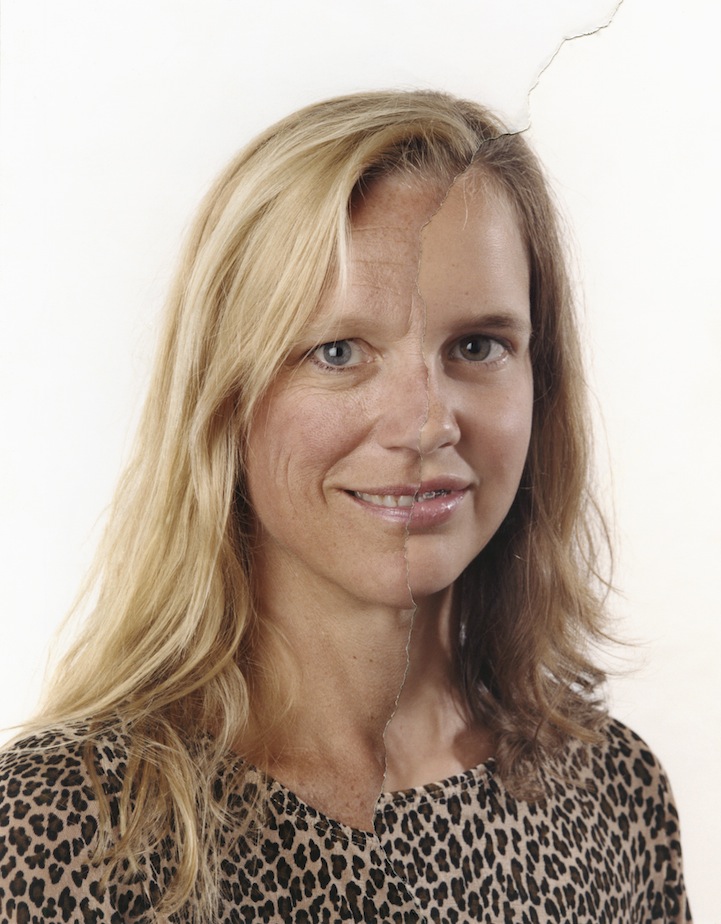 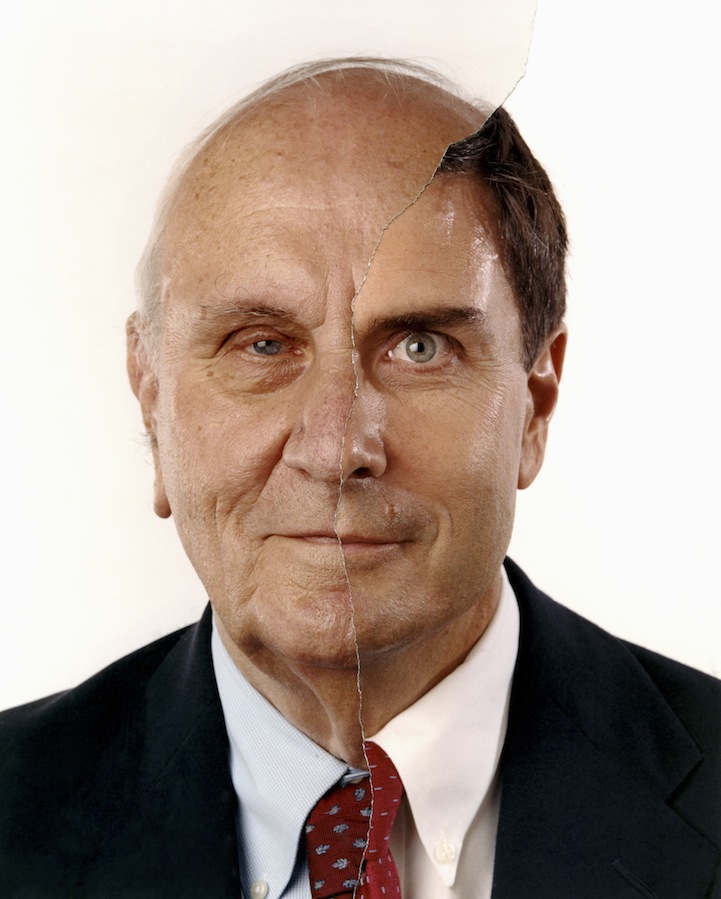