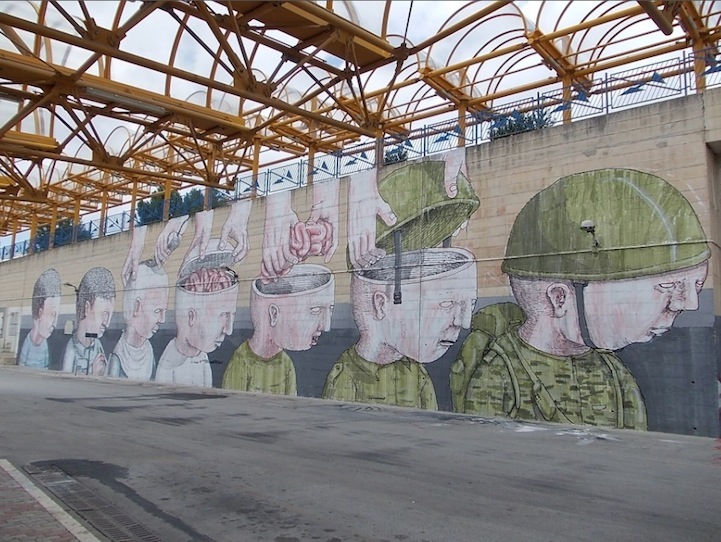 Italian street artist Blu is no stranger to controversy. In fact, you may remember his mural at the MOCA that was taken down. In an area of downtown that neighbors a Veterans Affairs hospital and a war memorial to Japanese American soldiers, the provocative anti-war piece showed coffins draped with dollar bills instead of flags.

Now in his home country, Blu is shaking things up once again. This mural was put up at the Draw The Line Festival in Campobasso, Italy. Hands are seen removing the brain from a soldier's head, representing how governments are notorious for brainwashing their military.

Blu has never been shy when it comes to sharing his feelings about war. You have to give the artist credit for having the courage to speak his mind through his artwork, even if it causes public debate and some to get irate. 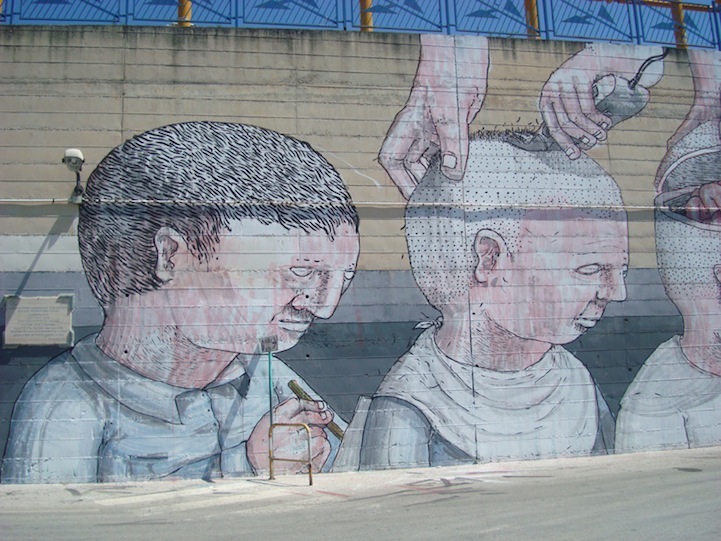 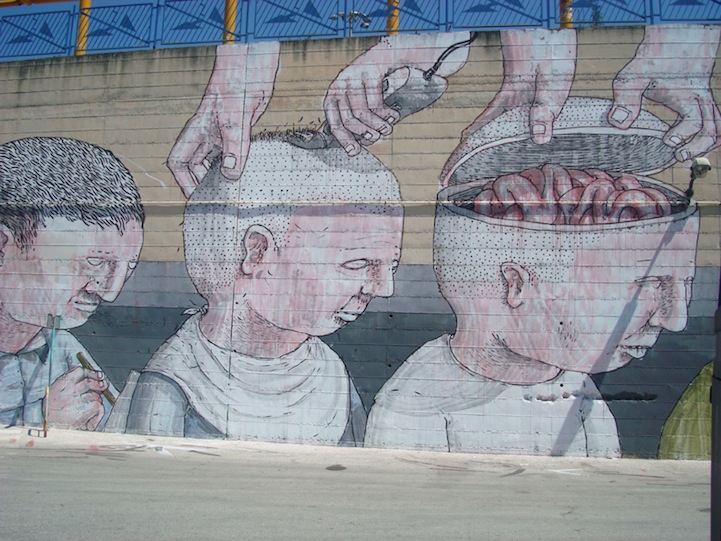 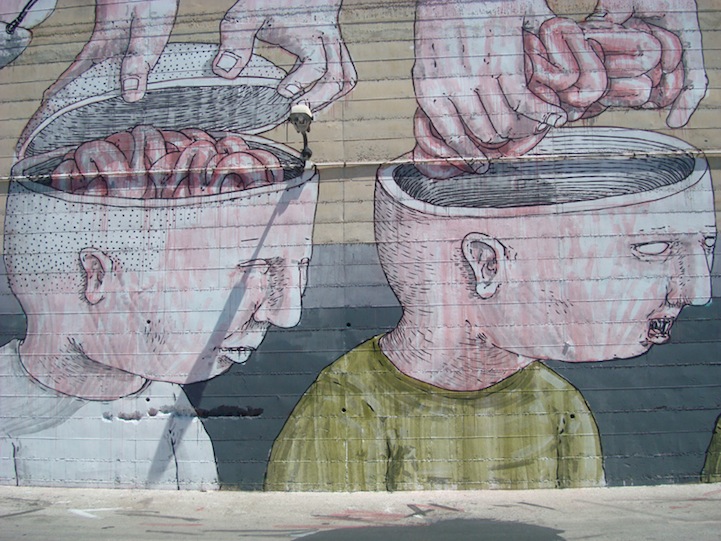 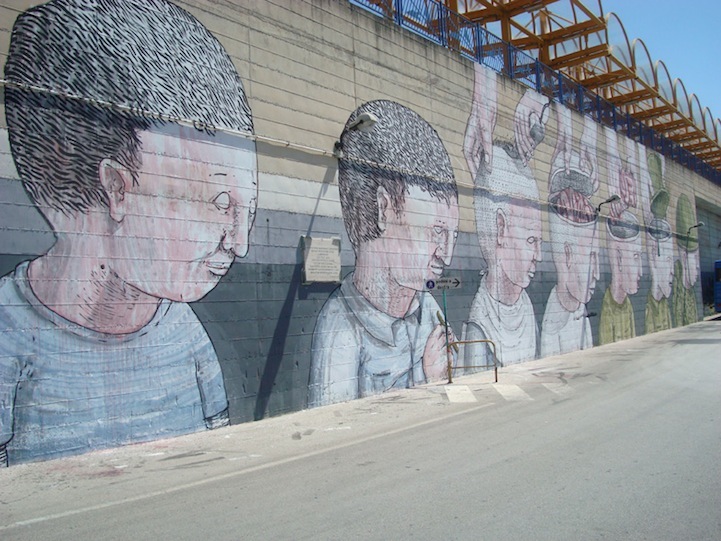 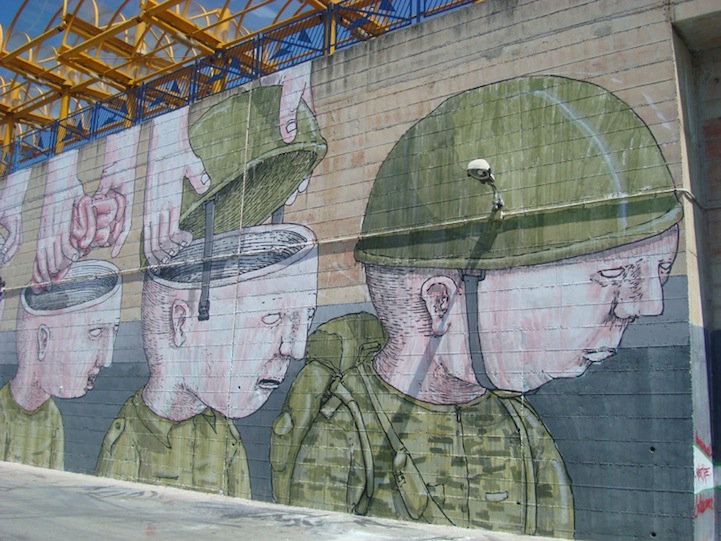