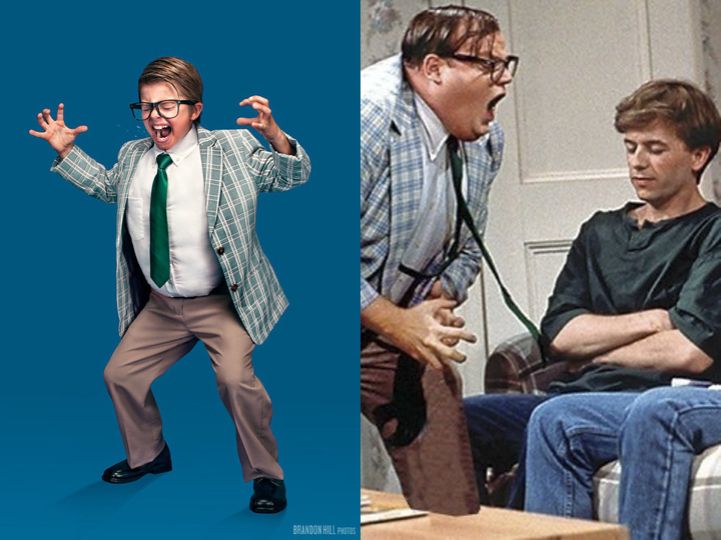 Ever imagined what your favorite SNL characters would have looked like as kids? Last October, Seattle photographer Brandon Hill, who specializes in portraiture, was looking for Halloween costumes for his young son when a lightbulb went off in his head. As Hill explains to Buzzfeed, “I wanted to dress my toddler son up as Matt Foley”—a character played by Chris Farley—“for Halloween. He’s 2, didn’t know SNL, and preferred being a Minion, so I didn’t push it. In reality, I really just wanted to dress him up so I could photograph the concept.” With that, SNL Jr. was born.

Over the past seven months, Hill (who works with commercial clients such as Time Magazine and Southwest Airlines) joined forces with wardrobe designer Kimberlee Iblings and hair & makeup artists Lauren Young and Renee Saia to perfect the look of each model. Reaching back to his adolescent youth, the 37-year-old photographer captures classic characters like Dana Carvey's The Church Lady and Kristin Wiig's Gilly. In paying homage to the characters who make us laugh, the child models perfectly convey the spirit of each comedic icon, whether it be the “superstar” pose of Mary Katherine Gallagher or the cowbell-ringing joy of Gene Frenkle. 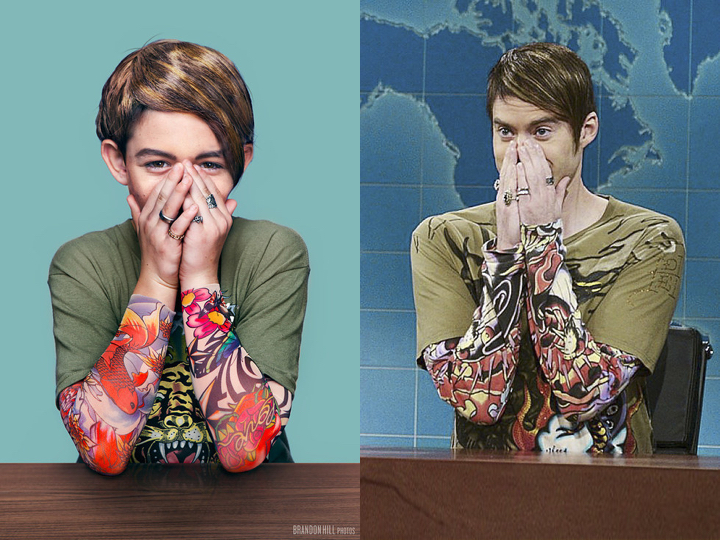 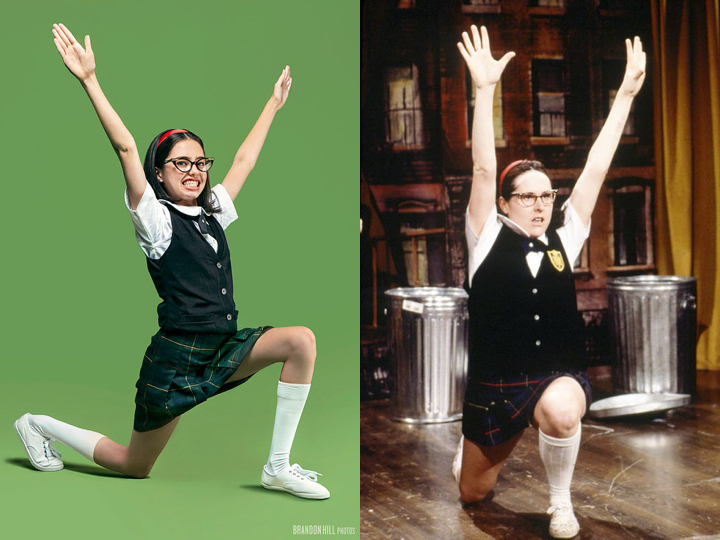 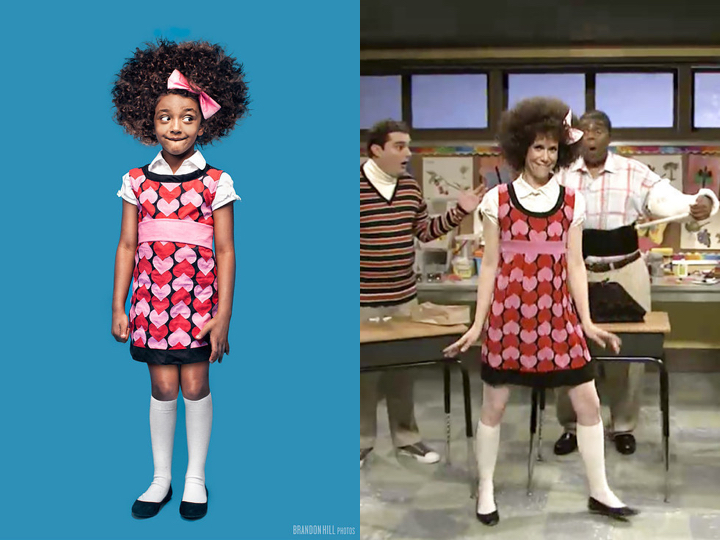 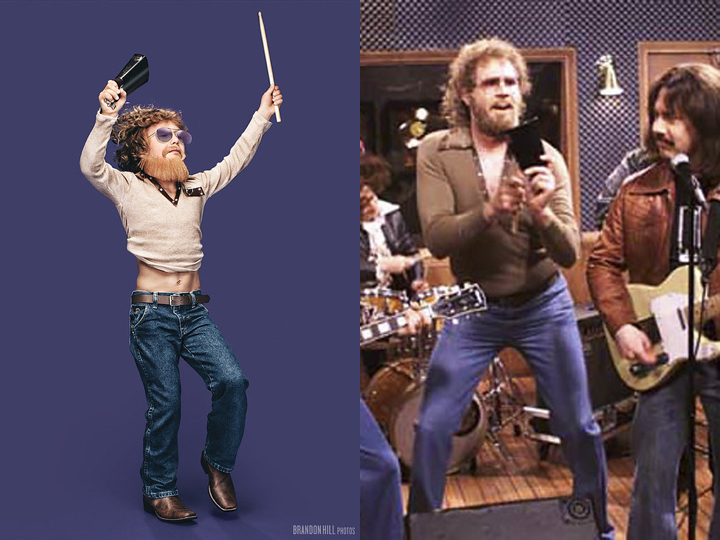 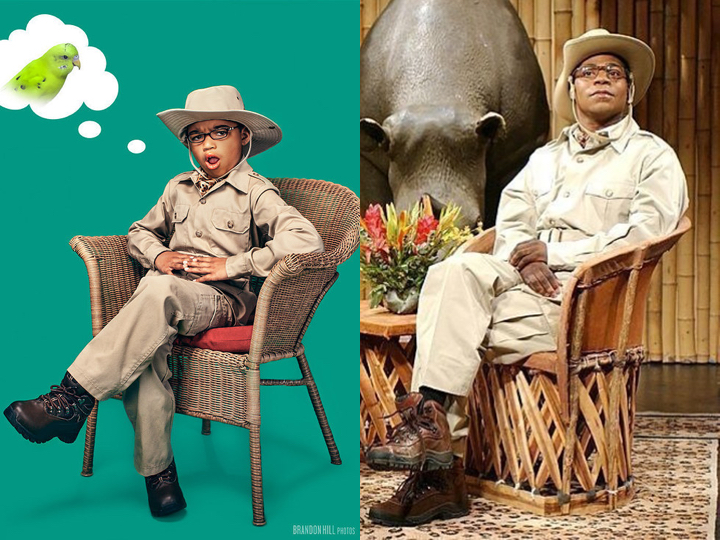 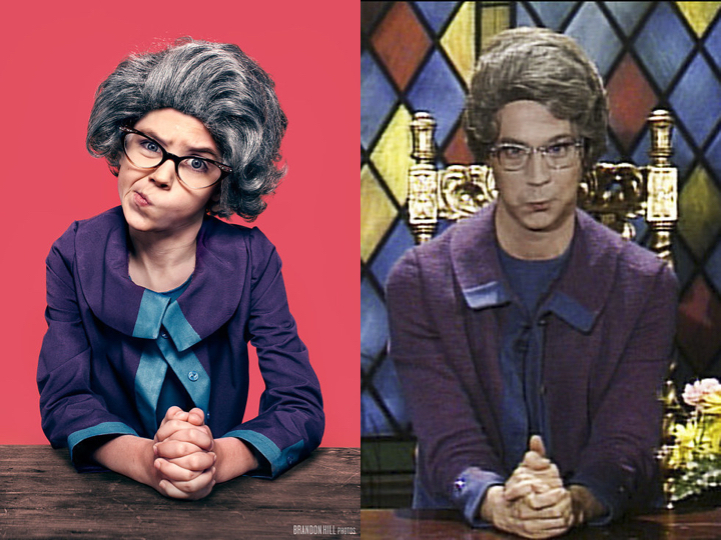 All Images via Brandon Hill and NBC.