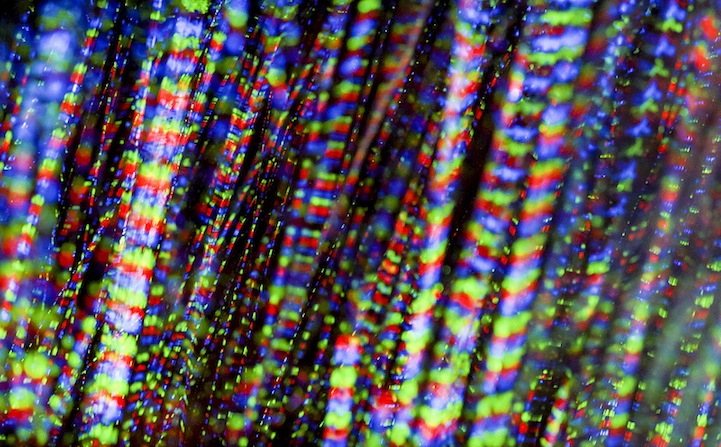 New York-based motion graphics expert and photographer Brian Maffitt decided to take advantage of potentially being snowed in last week, due to Winter Storm Nemo, by photographing the snowfall in a unique way. Simply put, Maffitt says, “We had a blizzard in NY, so I pointed a video projector into the falling snow and took some pictures.” His creative setup resulted in some unbelievably magical effects.

Maffitt's projected movie of choice was the children's animated film The Lorax for its presumed bevy of vibrant colors. Once the snow started falling, the image of the film was lost and instead transformed into a flowing series of colorful dots. With his Canon 7D in hand, the photographer took his time, grabbing long exposure shots of the radiant movement of light. His captured images turned out to be beautiful light paintings, revealing the gusting pathways of millions of little snowflakes against the night sky.

The photographer also captured video of the spectacular effect, which you can view down below. 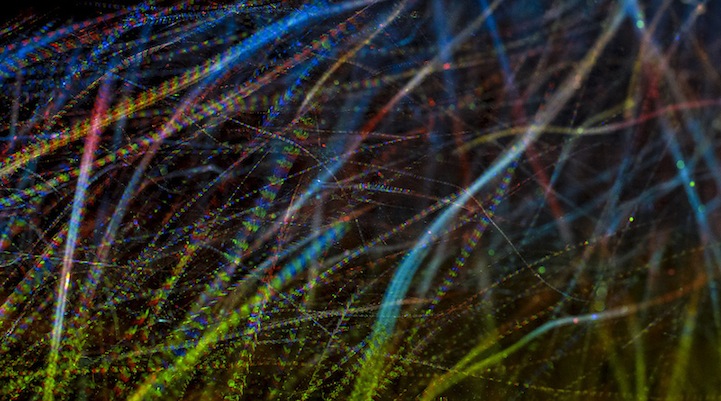 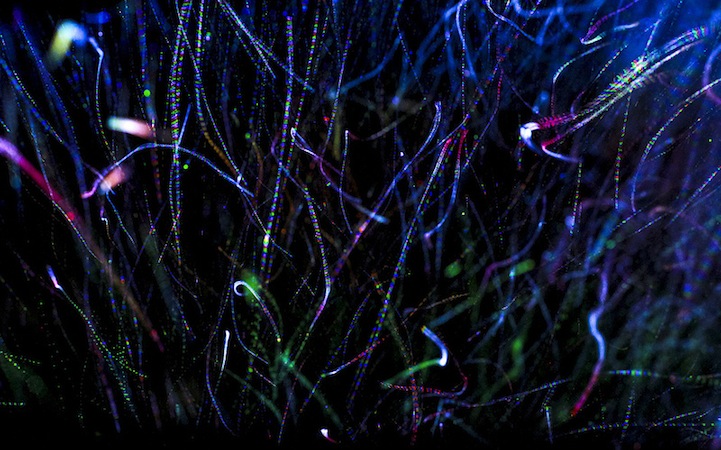 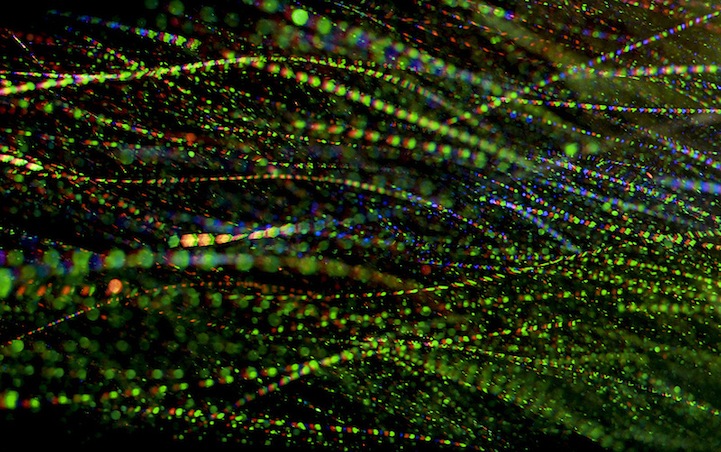 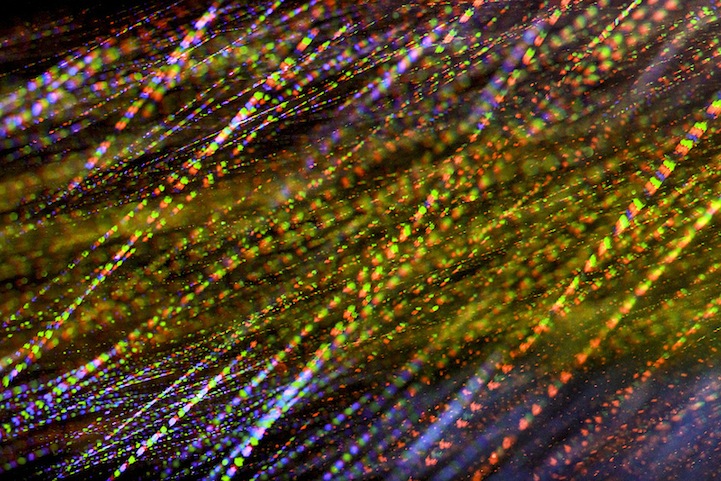 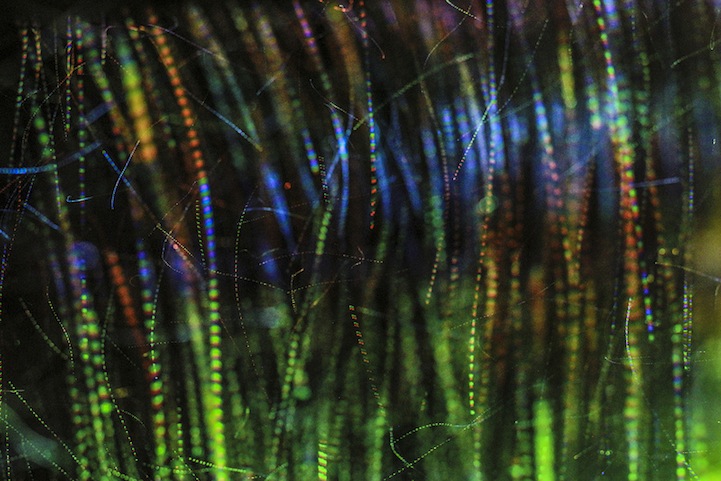 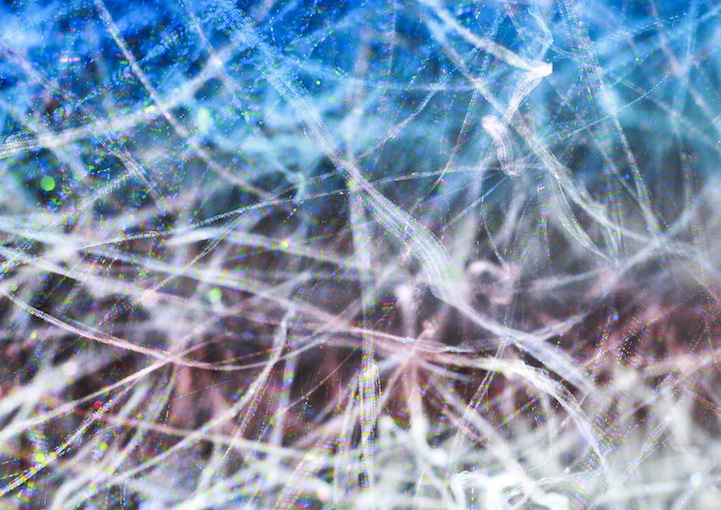 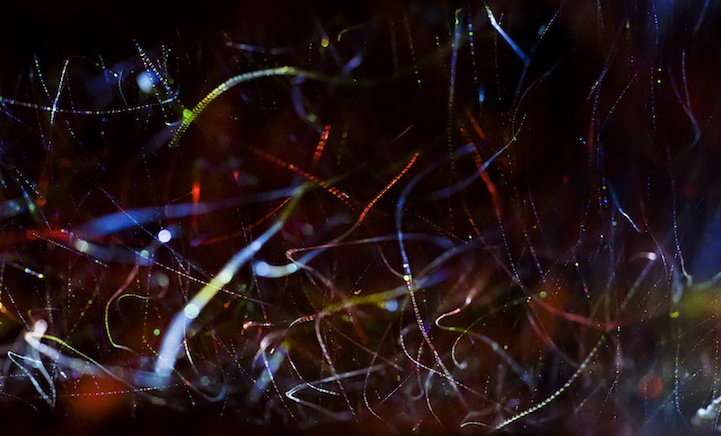 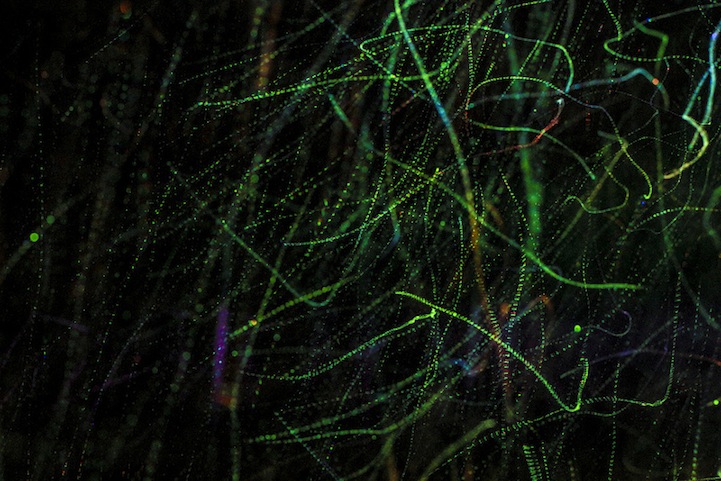 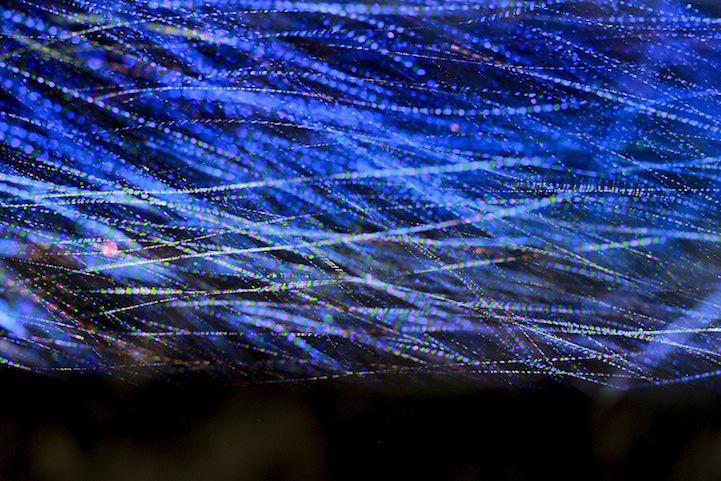 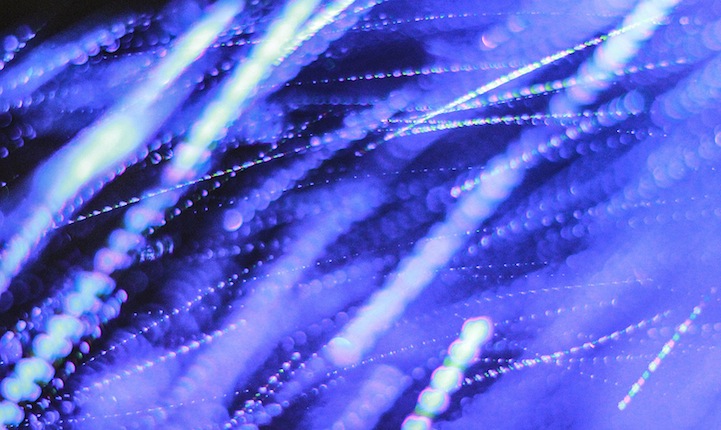