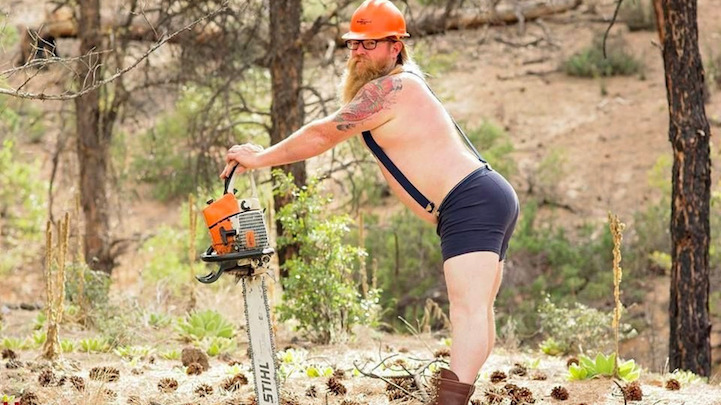 Beard meets boudoir in this cheeky “dudeoir” photo series by Chad Castigliano of Chronicker Photography. The photographer's manly model is an Arizona wildland firefighter named Tim Wilson, aka The Whimsical Woodsman, scantily clad in little more than boxers, suspenders, an orange hardhat, and the occasional cropped plaid top. It's hard to resist the lusty lumberjack's comical charm, whether he's posing with pursed lips and an axe propped over his shoulder or reclining in the grass with a sultry smize.

To add fuel to the fire, there's a positive purpose behind the playful project. The photographer's wife, Jasmine Castigliano, runs the local chapter of a nonprofit called Books to the Rescue!, which provides the county's emergency responders with books and other resources to soothe children during traumatic crises. The images have been compiled into a calendar, now available for pre-order, and a portion of its proceeds will go straight to the organization.

Wilson willingly volunteered himself for the project, showing gentle generosity behind the forceful power tools. Castigliano describes him as a “tough-as-nails firefighter but such a loving guy at the same time.” It seems that this familiar combination of a heartfelt hunk and a heartwarming cause has an inextinguishable allure–The Whimsical Woodsman now has over 77 thousand Facebook fans, and counting. We're hoping that the calendar's sales and subsequent charity donations will be equally impassioned. 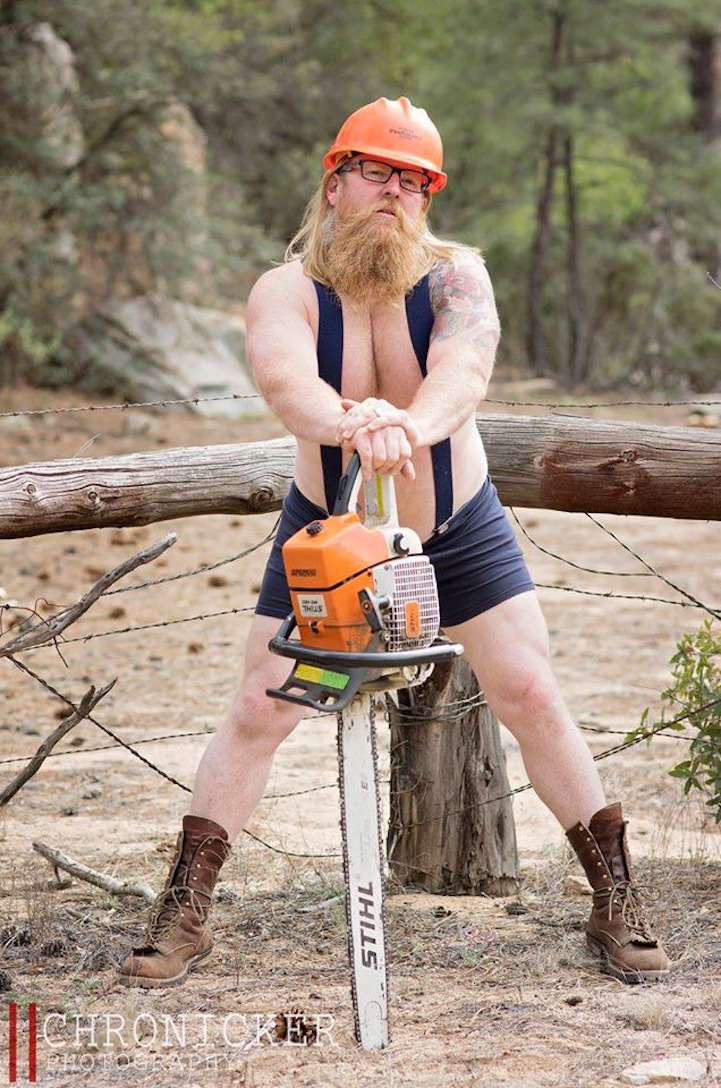 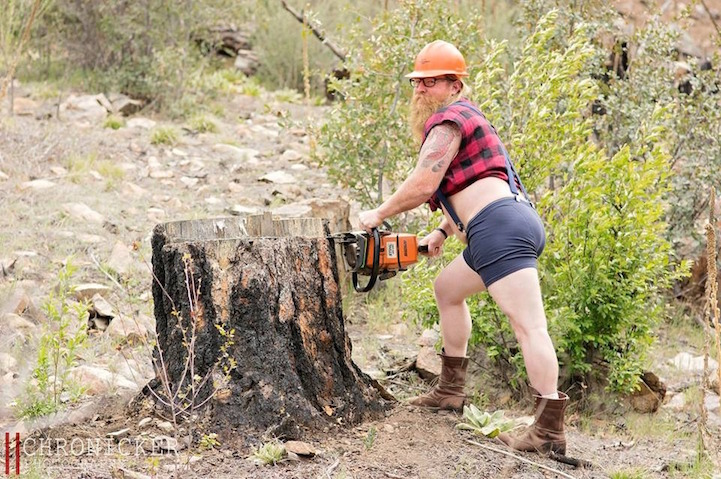 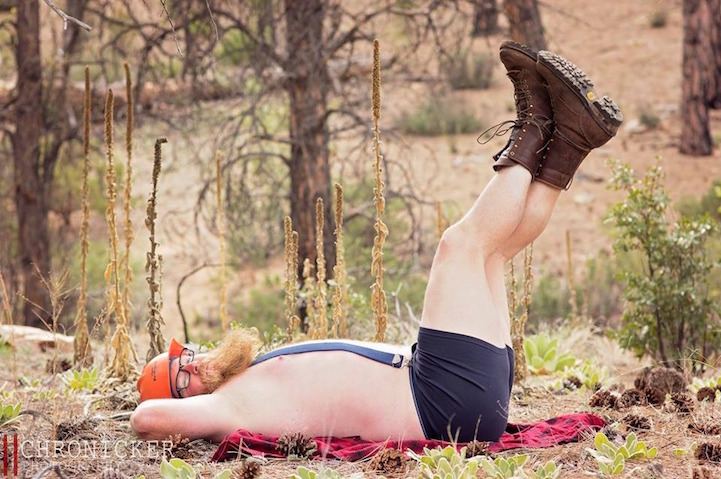 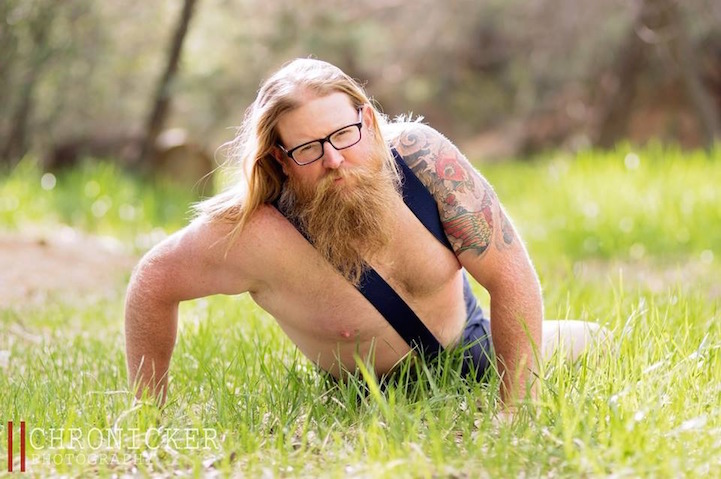 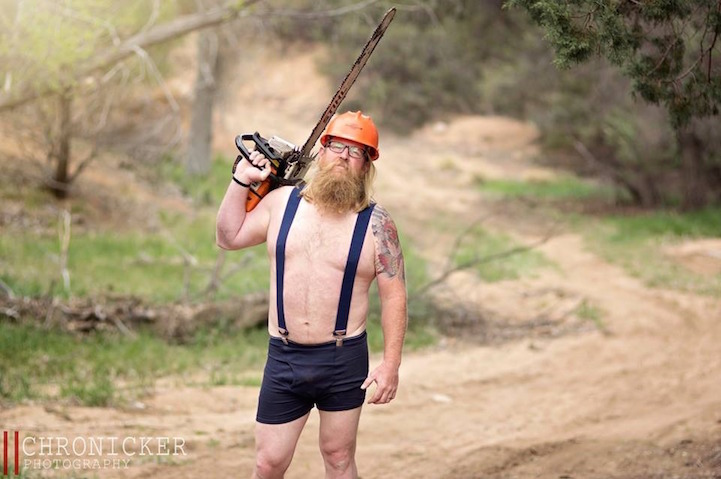 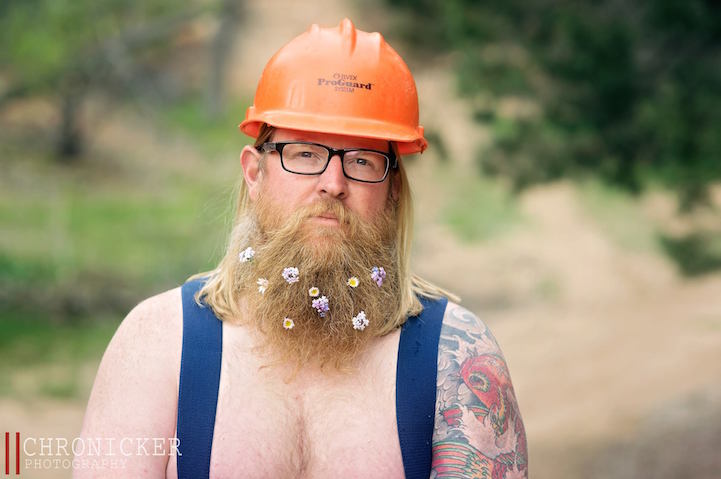 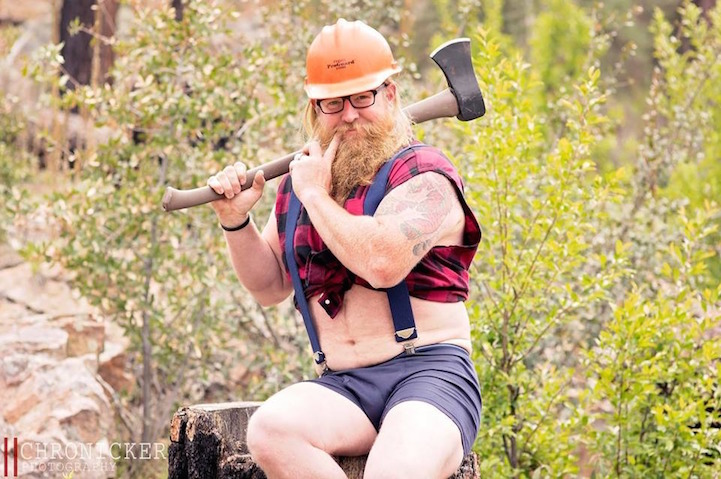 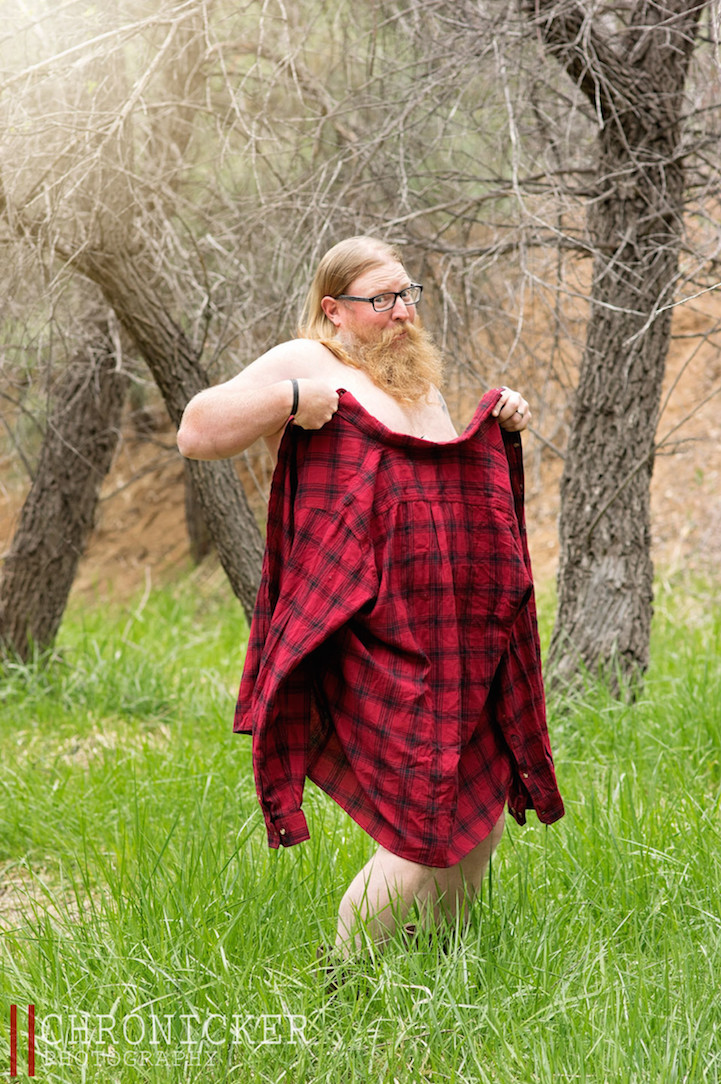 All images via Chronicker Photography.