What China and India’s Youths are Really Thinking 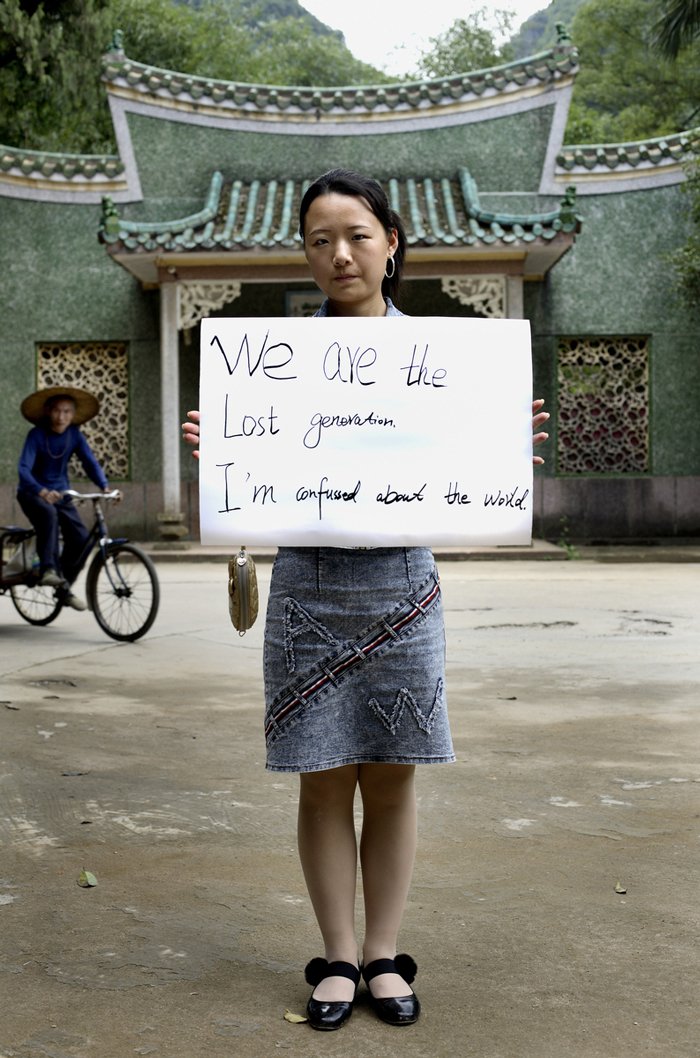 In 2008, UK-based photographer Adrian Fisk began a project originally entitled iSpeak with the intention to understand where our world was headed through the thoughts of today's youths. Initially focusing on China, Fisk interrogated 16 to 30-year-olds on the streets, asking them what was on their minds. The young people were instructed to write down what they wanted to say and hold it up for a photo. Along the way, he ran into several people who were illiterate but included them in the series by photographing them holding a blank white board and captioning their statement. Fisk's project gives a voice, not only to young people, but also to the lesser heard illiterate youths that don't have as many methods of being heard.

Over the course of this social adventure, Fisk discovered that, essentially, everyone wants a good life. He says that the essence of the project is “understanding who we are and that we're not so different.” The project has since expanded to India and is supported by the United Nations Population Fund, changing its name to iSpeak Global. It hopes to reach 25 countries and is currently raising funds in London. 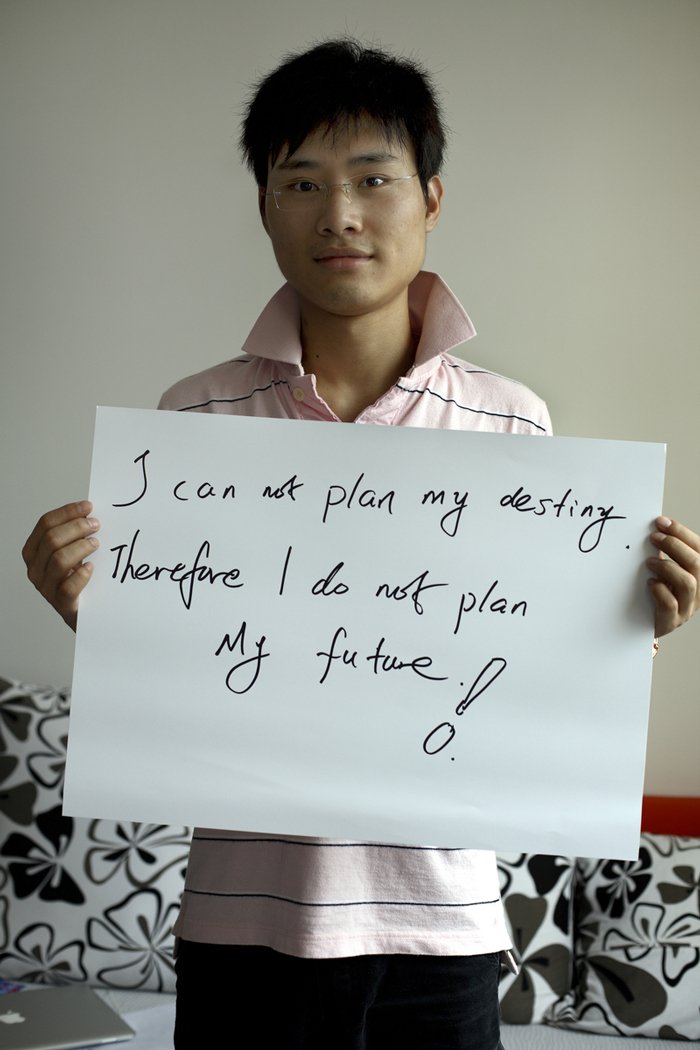 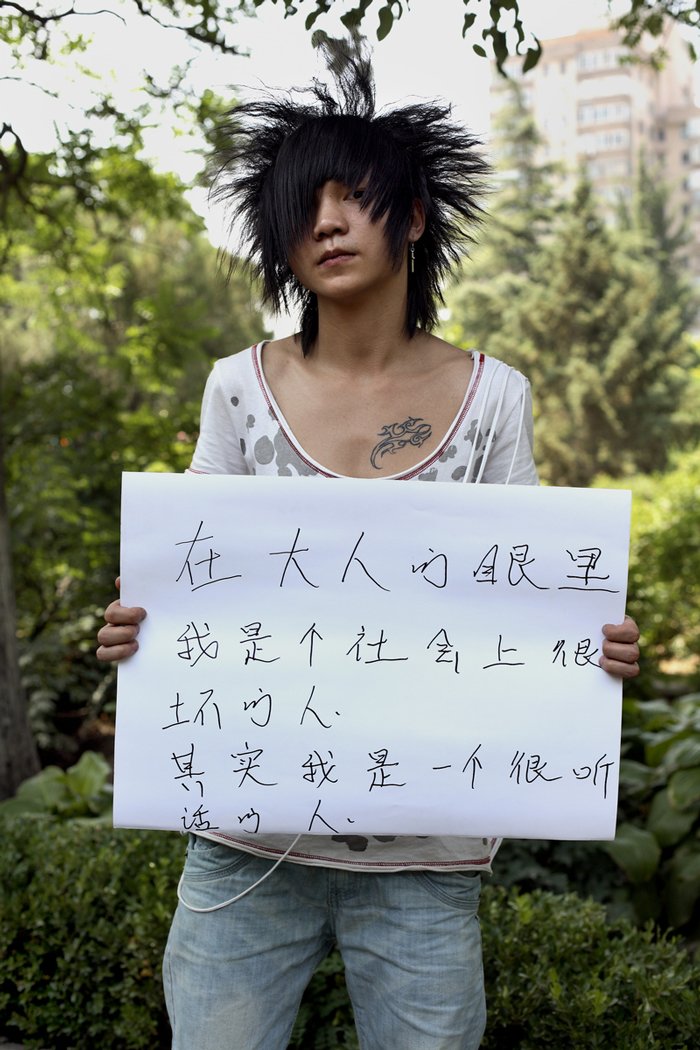 Chow Liang, 17. Hair stylist student on his way to see his father, who works in another province. Gansu Province.
“In adults' eyes I am a bad person in society, but in fact I am a very obedient person.” 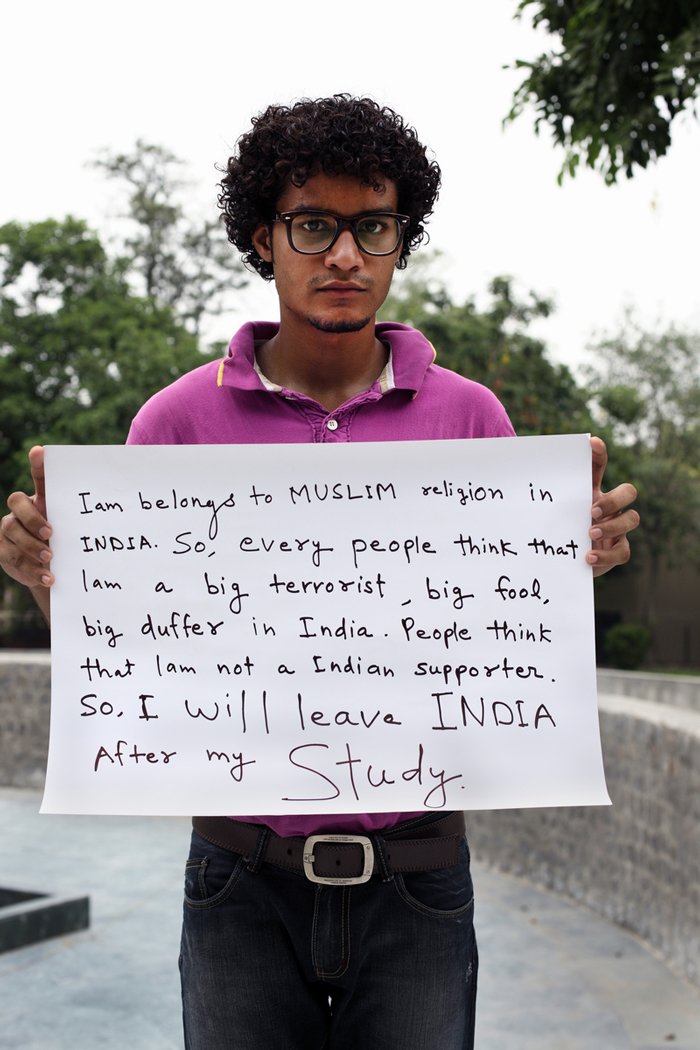 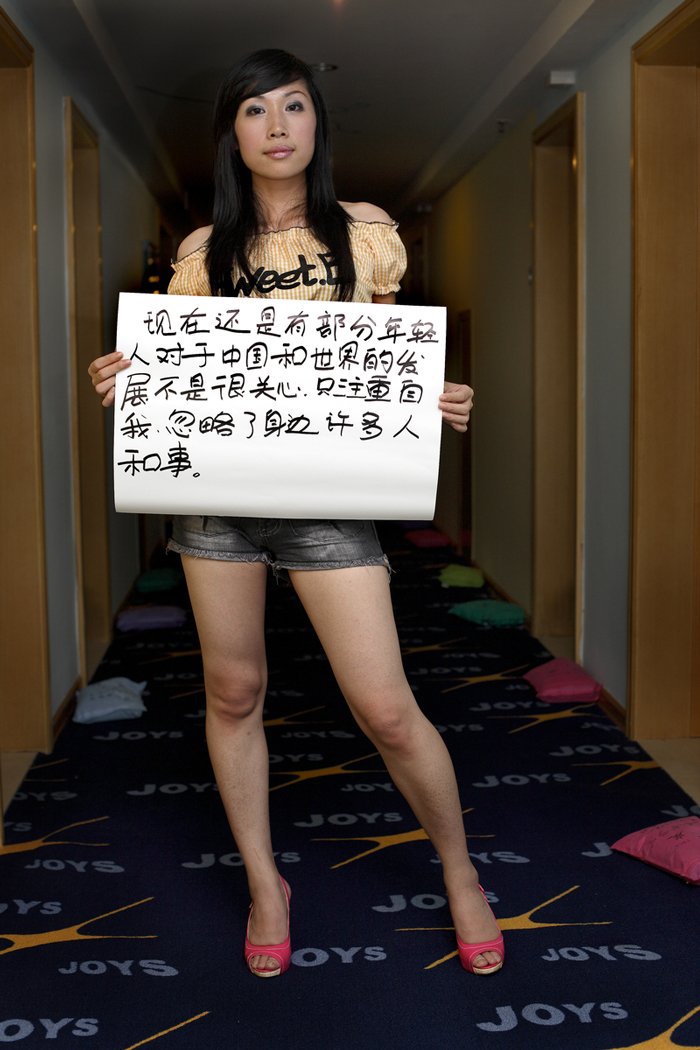 Jia Jia, 25. (Day) Mobile phone after sales service/(Evening) Studying marketing management/(Night) Professional nightclub dancer. Guangxi Province.
“Now days many young people do not care about the development of China and the world. They only care about themselves and ignore other people and things around them.” 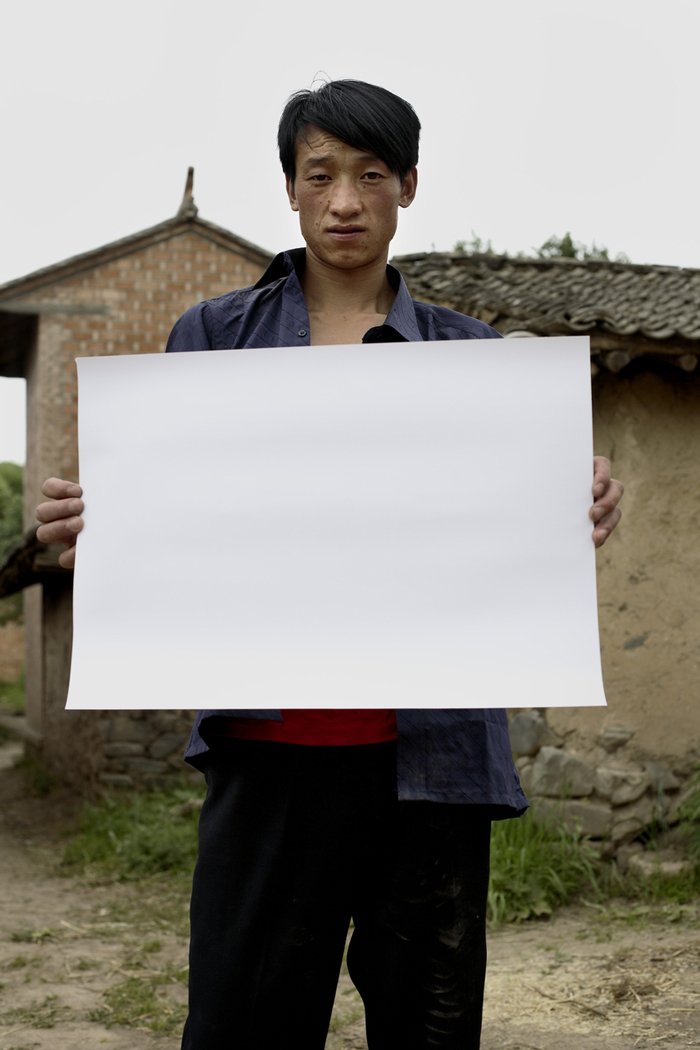 Zhang Xiang Yun, 24. Just returned to the village from migrant construction work. Gansu Province.
(Illiterate) “I want the economic development of the village to be better and faster.” 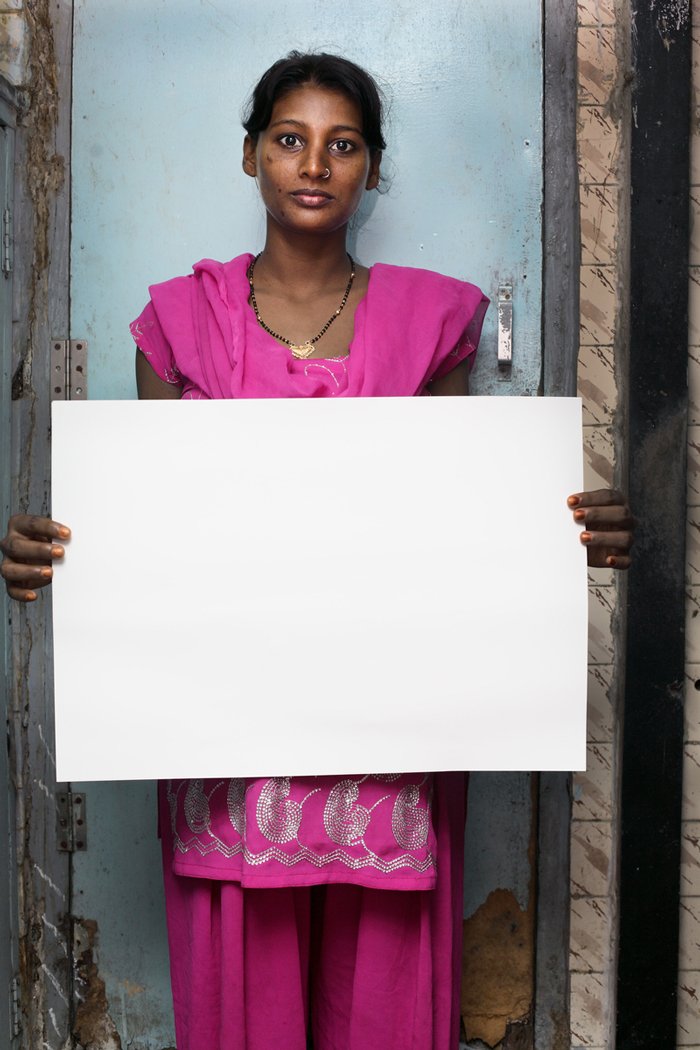 Bharati, 23. Muslim. Bombay. Prostitute – Has one child and is pregnant with another.
(Illiterate) “Like you, we need the same things in life.” 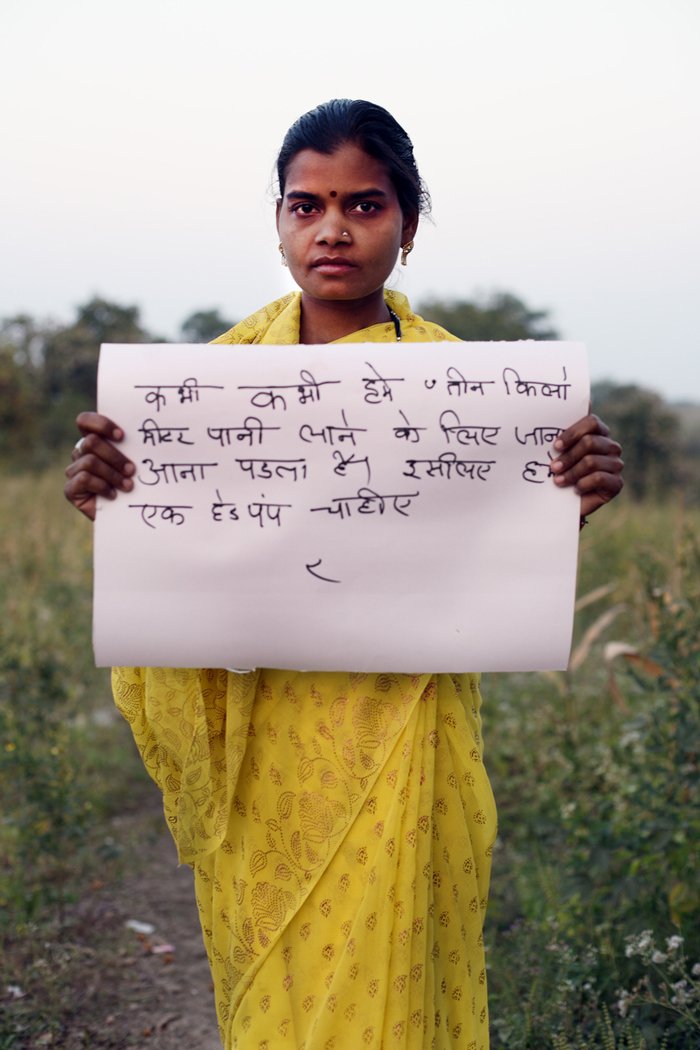 Ramila Mandoriya, 28. Hindu Madhya Pradesh. Works in a food fortification center. Mother of three children.
“Sometimes we have to travel 3 kms to and fro to get water. I want a hand pump.” 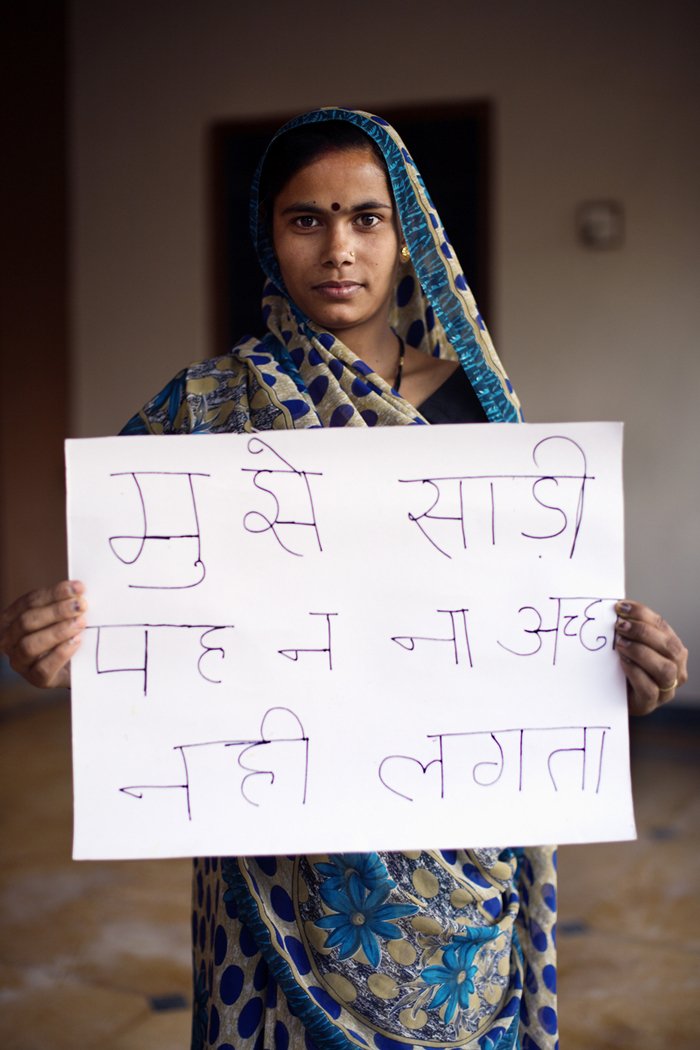 Sheela, 23. Hindu. Gujarat House Maid.
“I do not like wearing the sari.” 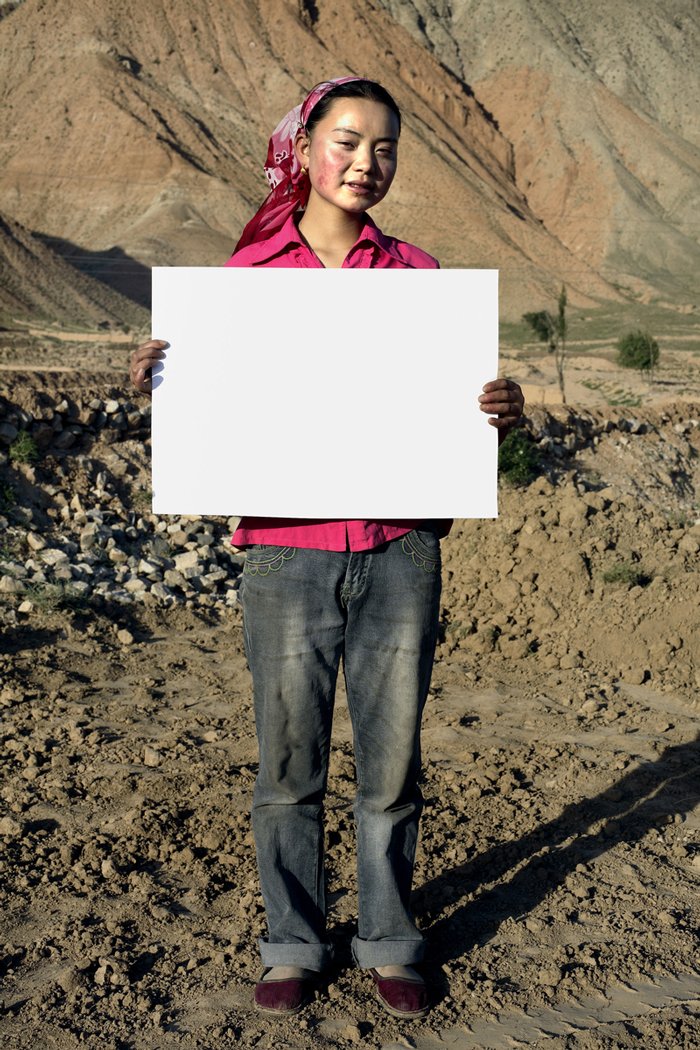 Ma Xiao Lian, 19. Farmer. Qinghai Province.
(Illiterate) “My husband and I want to become migrant laborers so we can work hard to make ourselves and our parents happy.” 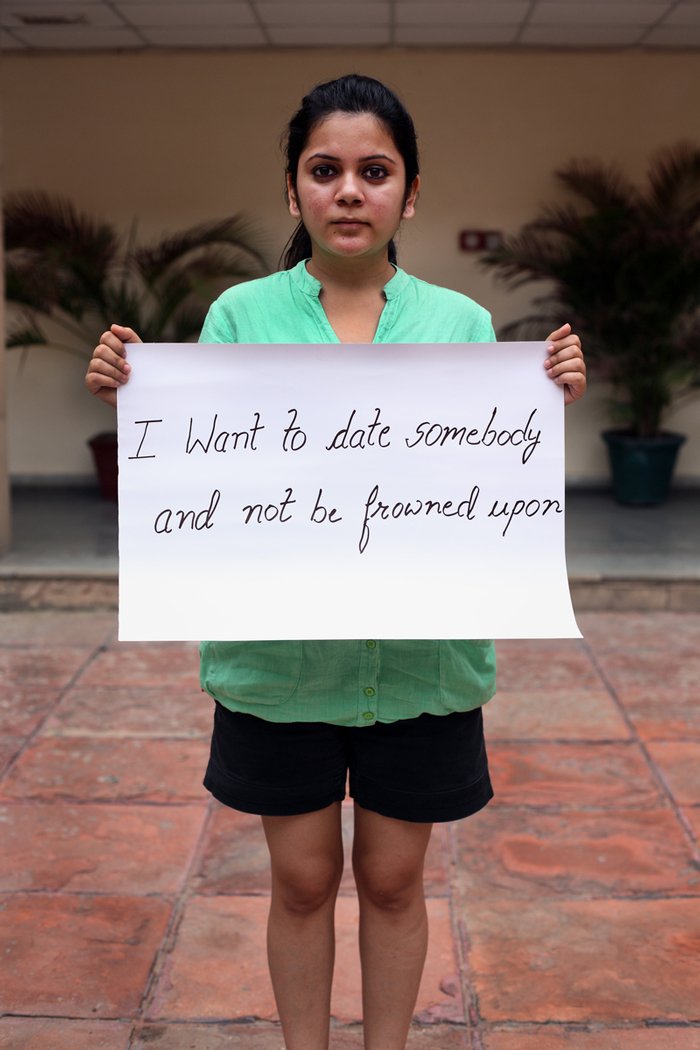 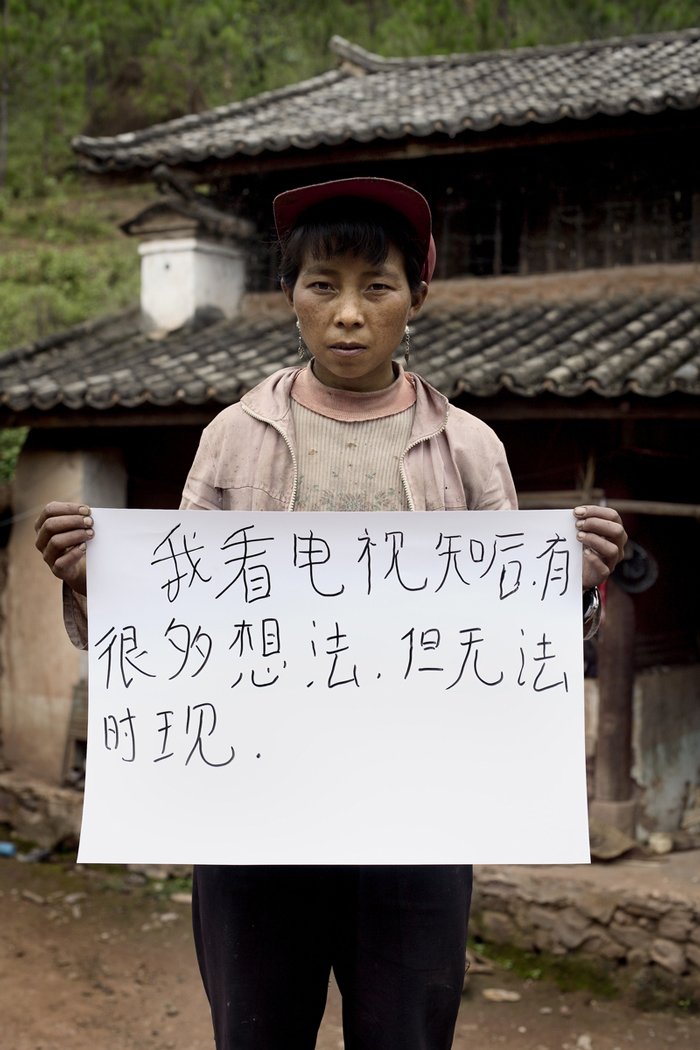 Luo Zheng Chui, 30. Farmer. Yunnan Province.
“After watching television I have many thoughts, but I know I cannot achieve them.” 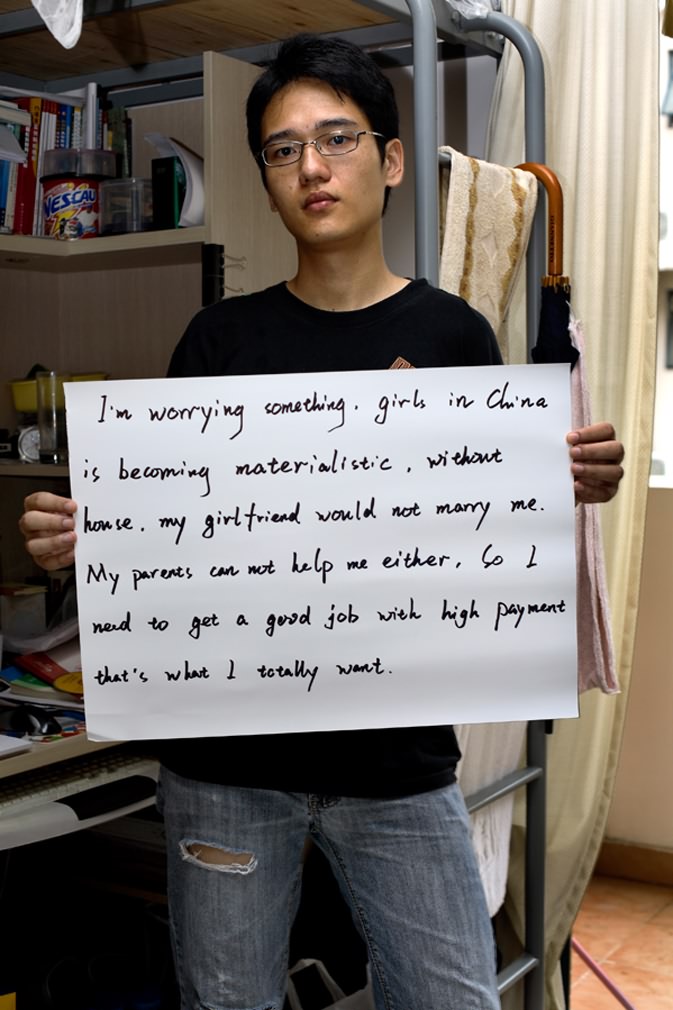