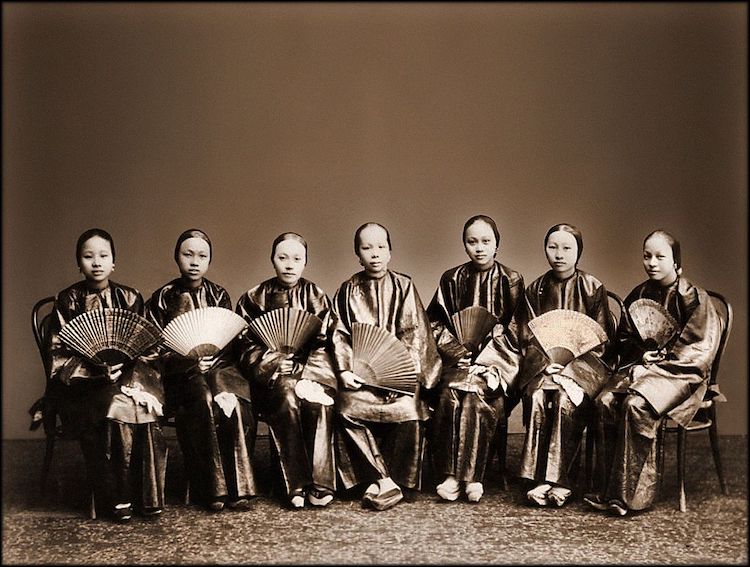 If you’ve ever spent time in China during the summer, you probably recall seeing people on the streets waving their handheld fans in an attempt to beat the heat. But the traditional Chinese folding fan is not just a tool for cooling down. It's an important part of the Chinese culture that has over 3,000 years of history.

Some historians believe that it was actually the Japanese who designed the folding fan after being inspired by bat wings. The invention was later introduced to the Chinese and soon became an integral fashion accessory to both the wealthy and working class.

Read on to learn the history of this handy device. 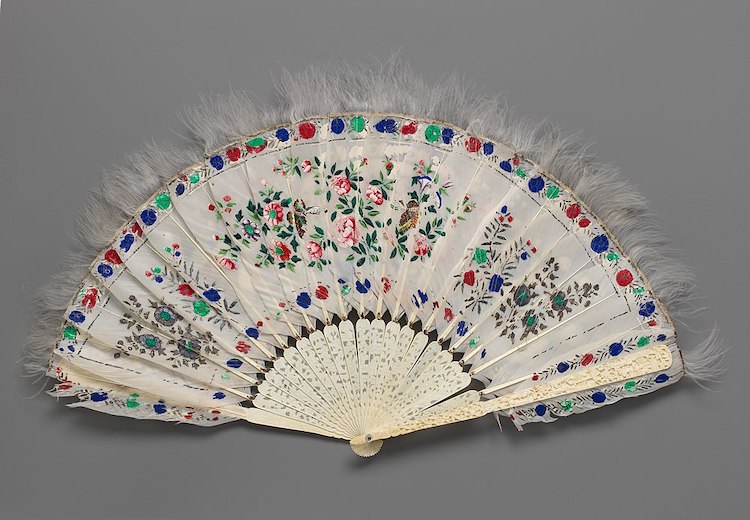 The history of the Chinese fan dates back to over 3,000 years ago, around the Shang Dynasty (circa 1600 – 1046 BCE). Named Shanhan, one of the earliest known “fans” wasn’t like the hand-held ones we still see today. These were tied to a horse-drawn carriage and used to block the heat of the sun and shelter passengers from the rain (much like today’s umbrella). However, the Shanhan soon evolved into a long-handled fan called the Zhangshan. Made of thin, yet tough, silk or bird feathers, this type of fan was mainly used by the emperor’s honor guard for decoration. It wasn’t until the Zhou Dynasty, more than 2,000 years ago, that people started using folding fans to cool down.

The “feather fan” became popular among the aristocracy because it was extremely expensive to produce. Made of bird feathers, it was widely recognized as the symbol of wealth, authority, and wisdom. 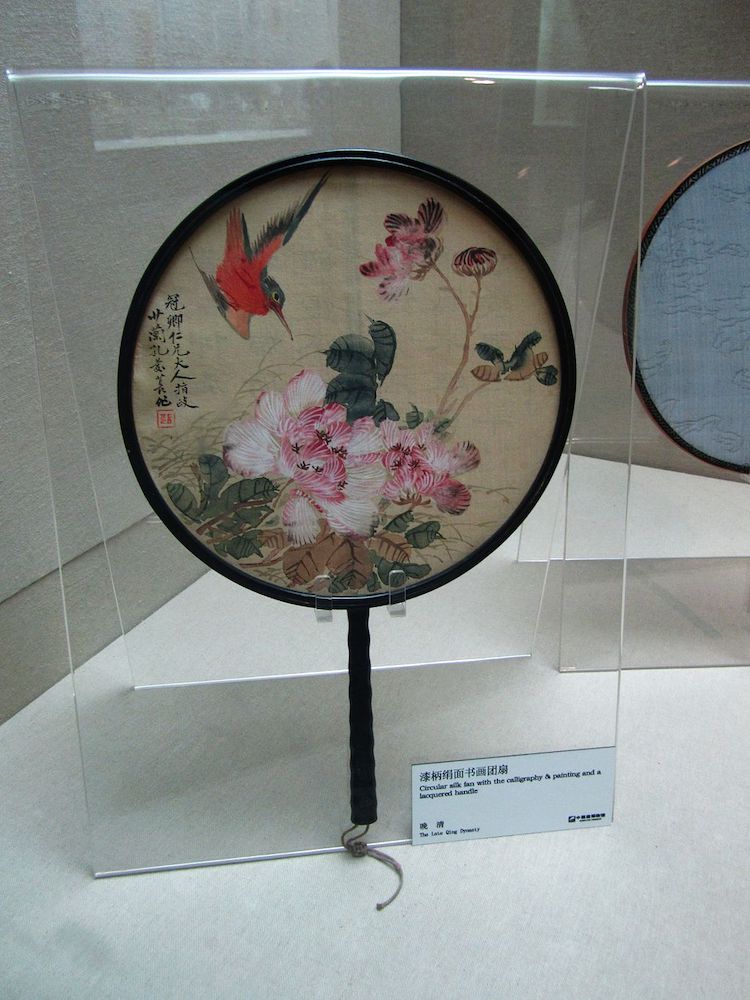 During the Han Dynasty (206 BCE – 220 CE), the fan became popular among common people as more affordable bamboo fans and hand-woven cattail-leaf fans were invented. The popularity of these fans continued until the Song Dynasty (960 – 1279 CE). Yet, around the same time, a new type of silk fan was also introduced. Favored by young women in the imperial palace, the silk fans were round to resemble the moon and are often called “round fans” or tuánshàn. Later, this moon-shaped fan took on many other forms, including flat ovals and even the shape of a Chinese plum flower or sunflower.

The ribs of these silk round fans were traditionally made from bamboo or animal bones. The handles were usually engraved with decorative patterns and embellishments, while the main “face” of the fan was often embroidered or hand-painted with calligraphy and nature-inspired scenes such as mountains or flowers. These particular fans remained popular in ancient China for almost 1,000 years, and they are still considered an important art form of Chinese culture today.

The fan-making industry in China primarily consisted of family-run businesses that produced their designs in small quantities and sold them from the front of their workshops. The city of Hangzhou was the hub of the industry during the Southern Song dynasty (1127 – 1279 CE).

Composed of panels and ribs, folding fans are designed to rotate around the rivet at the head. For the ribs, craftspeople used a variety of materials, including sandalwood, ebony, tortoiseshell, ivory, mother of pearl, bones, and bamboo (the most common).

The panels of the folding fan were typically made from paper, silk, or other fabrics. As the main surface of the fan, this part provided a canvas for craftspeople and artists to add calligraphy and painted scenes. 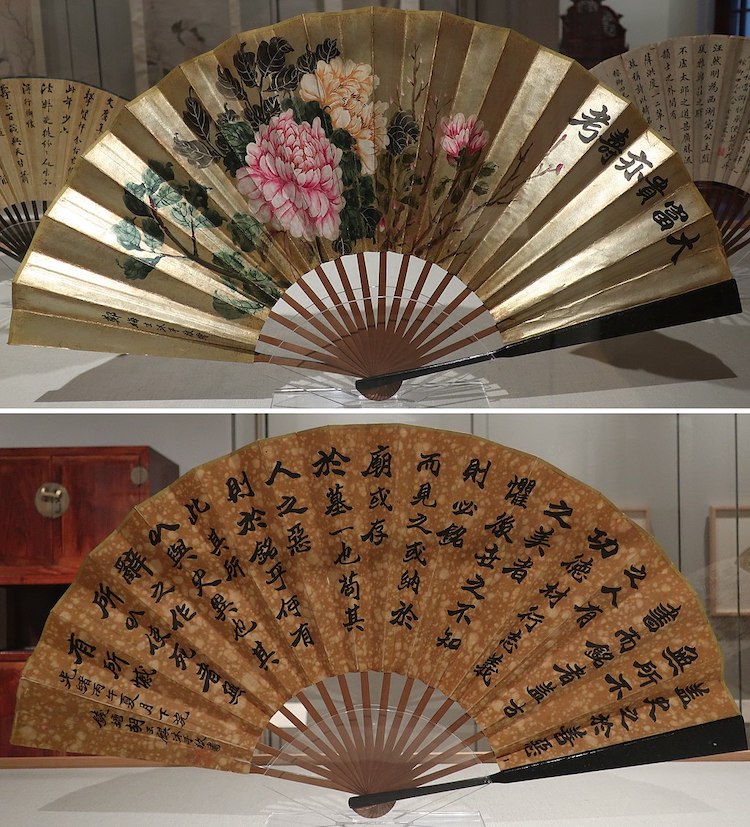 From the Song Dynasty on, fan painting became an art form of its own. Writers and artists of ancient China tended to adorn the objects they loved with their art and stories, so it’s no surprise that fans became a canvas for many creatives of the time. Fans decorated with paintings and calligraphy became known as “scholars’ fans” and often reflected a person’s status.

Artwork featuring birds and flowers symbolized beauty and gracefulness, making them a popular subject among young women. Scholars, however, preferred fans adorned with the calligraphy of ancient stories that depicted wisdom and knowledge. Mythical creatures were also popular choices—dragons were frequently painted onto men’s fans while ladies typically preferred phoenixes. 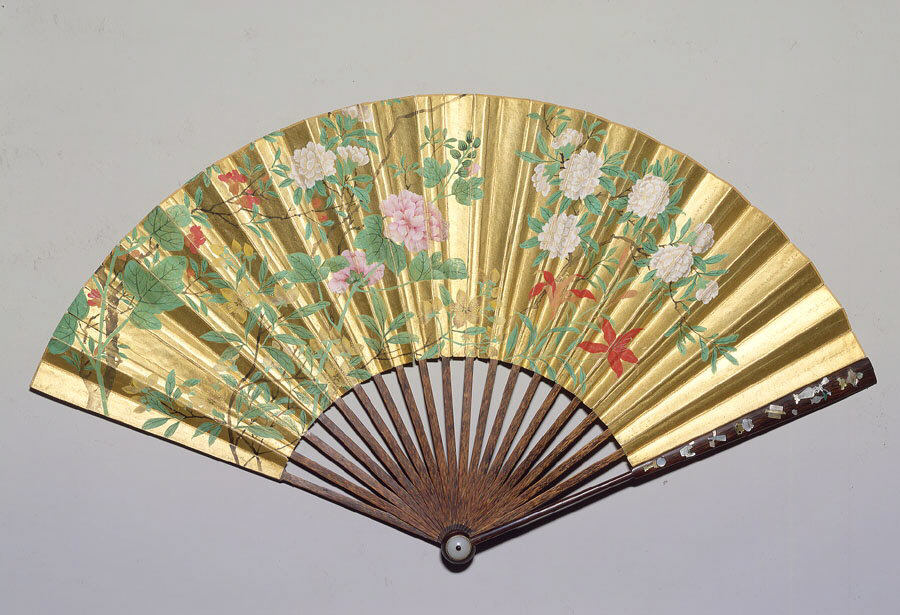 From its humble beginning during the Shang Dynasty to having over 500 kinds of fans in China today, folding fans have stood the test of time and are still widely popular—not only in China but around the world. Fans can now be seen at art auctions, and those painted by famous artists are worth large sums of money.