Color-changing hair might seem like something out of a fantasy novel, but Lauren Bowker of The Unseen has made it a reality. Bowker, a chemist and fashion designer, is known for her “high-fashion alchemy.” She’s previously created hue-shifting purses as well as other air sculptures that use science to produce a stunning visual effect. Now, she’s turning her attention towards color-changing hair dye that’s controlled by temperature—when there’s a dramatic spike or drop, the dye seemingly has a mind of its own. Your hair might change from black to crimson at a moment’s notice.

Bowker’s inspiration for this unique dye came while she was re-watching the 90s teen witchcraft film The Craft. During one scene, a character transforms her head from brunette to blonde just by running her fingers through her hair. “It was in that moment that the penny kind of dropped,” Bowker told Fast Company, “I was like, ‘We could do that.’”

After that initial spark, Bowker and her team came up with seven different semi-permanent hair dyes. Each hue reacts to either bodily or environmental temperatures. Blushing, for instance, causes your body temperature to rise and as a result, a shift in color. In this way, it’s a bigger version of the mood rings that were popular long ago. “It will change if you get embarrassed, or if there’s someone in the room you fancy,” Bowker explained. Weather is also a factor. With one color combination, stepping into chilly weather shifts blonde hair to a fitting icy blue.

If you’re eager to try these dyes for yourself, you’ll have to wait. The Unseen does plan on bringing them to market, but will partner with a cosmetic company to do so. In the meantime, Bowker is hoping that by showcasing these possibilities, it will encourage young girls to be interested in the unconventional applications of science. “Modern witchcraft and modern alchemy is possible,” she said. “All the sort of sci-fi visions from 15 years ago”—or 20, in the case of The Craft—”can now be true.”

Here's how much the hair color can shift: 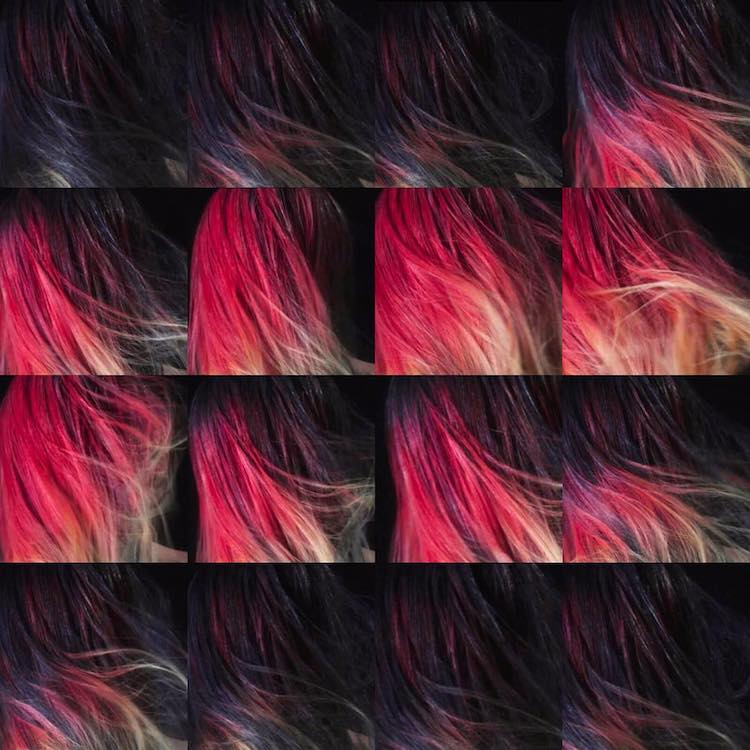 And here's the magical color-changing hair dye in action:

All images and video via The Unseen.

Eager to wear this mood ring?

Microbiologist Does Simple Demonstration to Show How Face Masks Are Effective