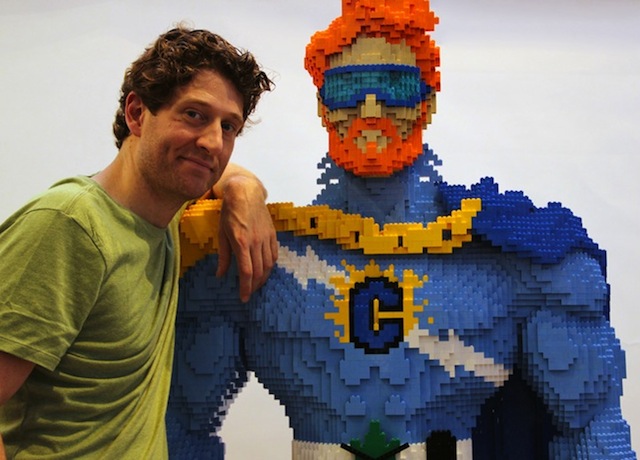 Stop by the Michael J. Wolfe gallery from now till Sunday, July 24, to see some awesome Conan O'Brien-inspired art. Well, not exactly Conan O'Brien but his superhero alter ego, “The Flaming C”! As the physical extension of the online COCO-MoCA gallery, the San Diego shop has decided to turn itself into: The Museum of Conan Art. 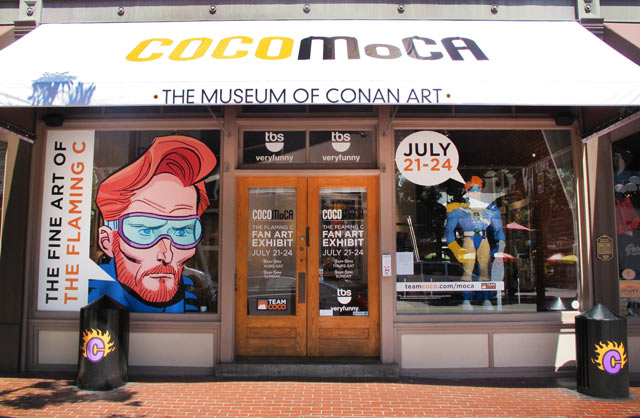 Come here to see 60 specially selected works of fan art that all pay tribute to the red headed hero. The show, called The Fine Art of The Flaming C, is timed to coincide with Comic-Con so that those who are attending the pop culture convention can easily stop by.

“I can finally reveal my latest project: The Flaming C!,” says Sawaya on his website. “Conan O'Brien's comic superhero has been living in my art studio for the past few weeks, but now he has made his way to San Diego Comic-Con.”