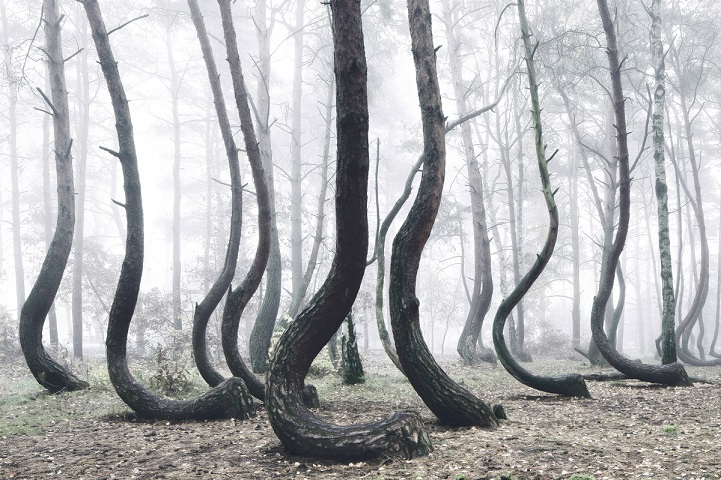 Located just outside of Nowe Czarnowo, West Pomerania, Poland, there lies a pine grove known as the “Crooked Forest.” It is one of the most unusual forests in Central Europe. What makes this grove of approximately 400 trees so bizarre is that instead of growing naturally, each tree is bent at 90 degrees near the base, causing a wide arc to the top. Stranger still, all stems are bent in the same direction: due North. The pines were planted around 1930, and to this day there is no definitive answer as to why the trees are so oddly shaped.

It is generally accepted that some form of human tool or technique was used to bend the trees, though method and motive are unknown. There has been speculation that the trees were deformed to create curved timber that could be used for furniture or boat building. Another theory is that a snowstorm knocked the trees askew, though the real story behind the mysterious forest has never been revealed. The peculiar pines and the mystery behind their curved spines has led to a range of rumours in the depths of the internet, from witchcraft to energy fields. Whatever the cause, the forest makes for an ominous spectacle, captured in all its spooky glory by photographer Kilian Schnberger. 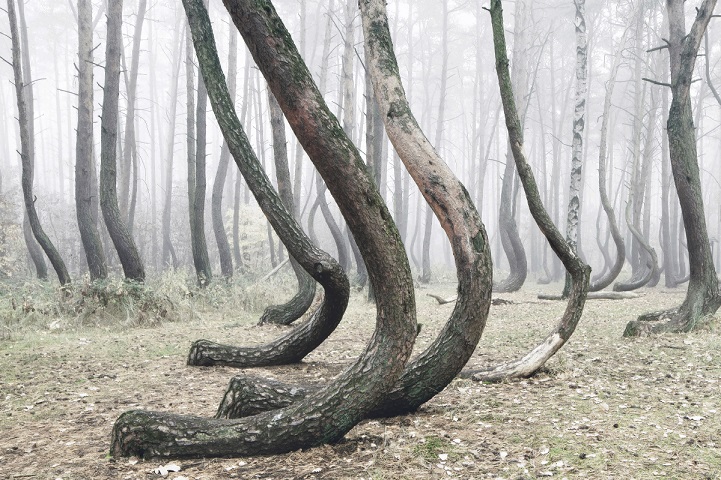 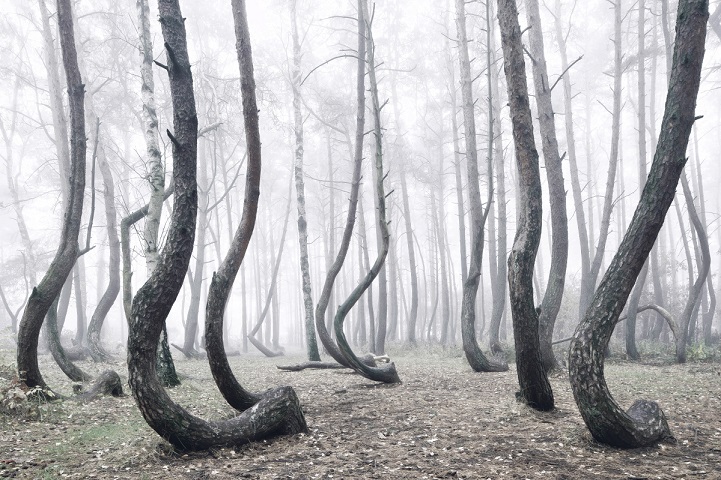 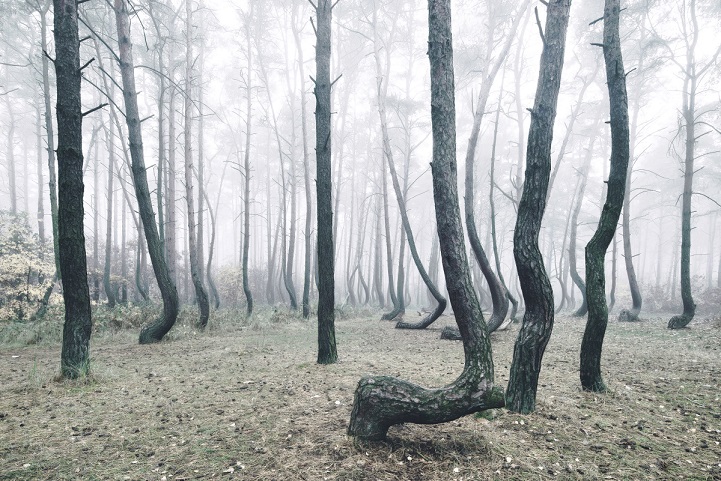 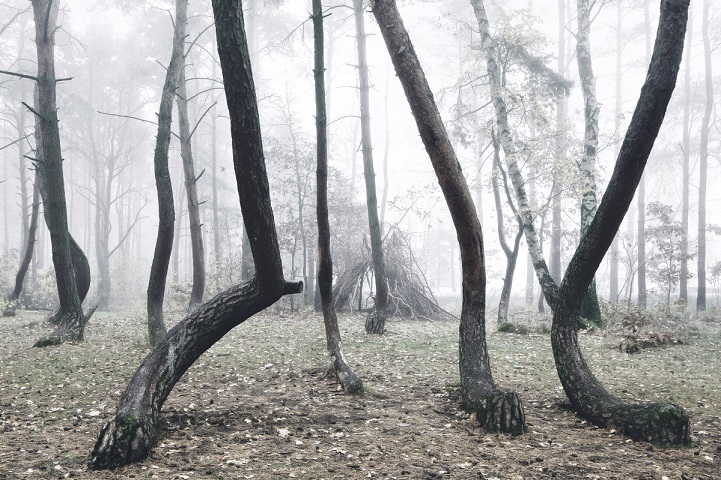 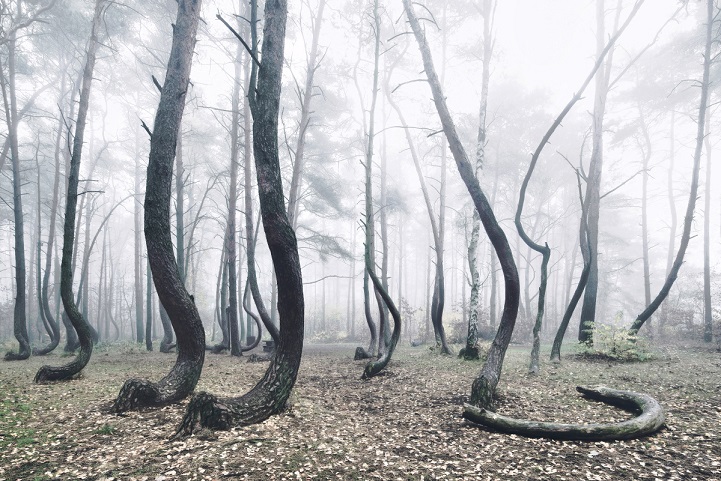 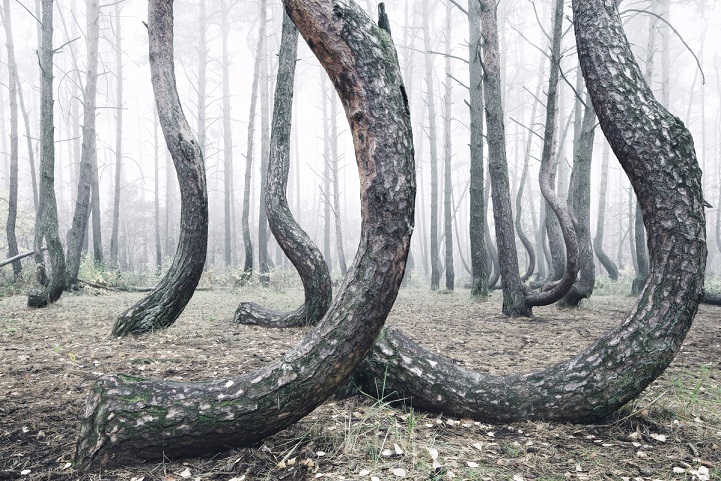 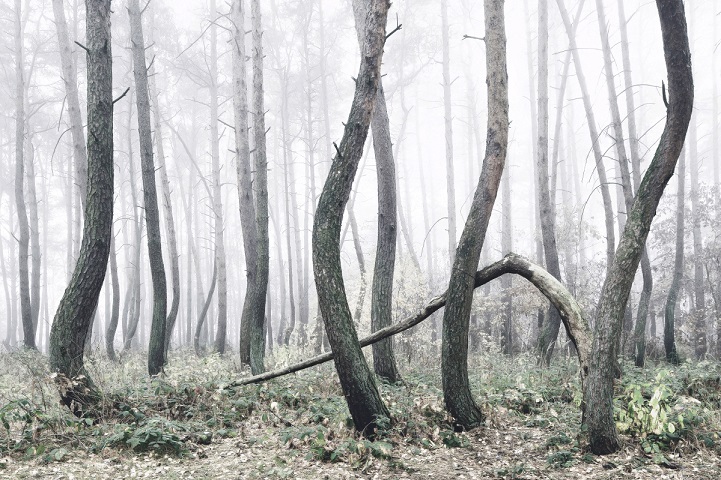 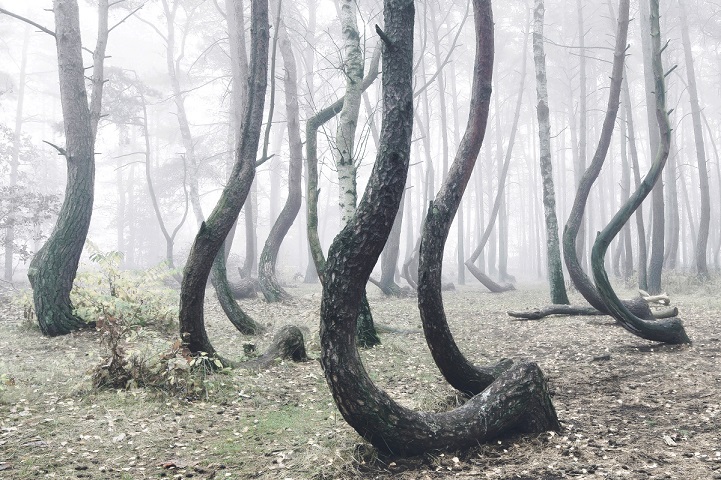