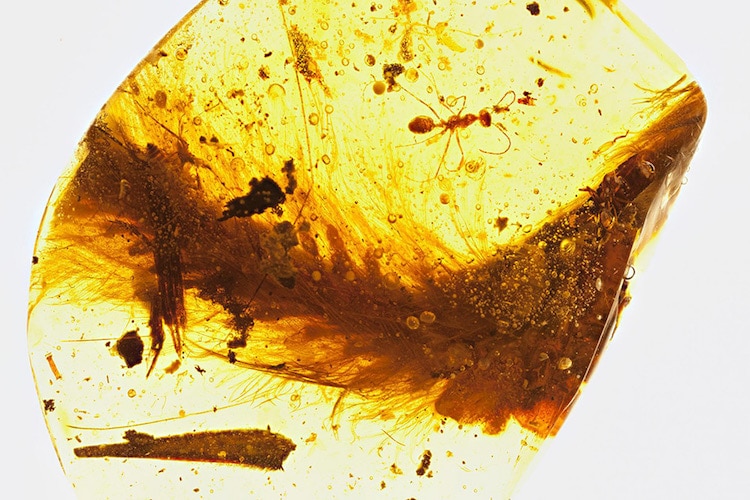 Researchers in Myanmar made an incredible discovery last year by finding the first dinosaur tail preserved in amber. The findings were published recently in Current Biology and are all the more incredible due to that fact that the tail was covered in feathers. Paleontologist Lida Xing made the discovery in a local market, where amber is frequently sold for jewelry. In fact, the piece—which is about the size of an apricot—had already been partially shaped into an oval by a jeweler. Rather than damage their research, this actually helped them analyze the cross section of the tail, where they discovered remnants of iron deposits found in dinosaur soft tissue. The sample dates to the mid-Cretaceous Period, some 99 million years ago.

And the feathers? While the first fossil evidence of feathered dinosaurs was found in the 1990s, the 1.4-inch preserved appendage is the first time scientists can clearly associate plumage with these extinct creatures. Based on the tail's structure, it's believed that it belonged to a juvenile coeleosaur. Coleosaurs are a group of  theropod dinosaurs that includes everything from tyrannosaurs to modern birds.

These feathers wouldn't have been used for flight, as a close look shows they are more similar to decorative plumage than those used for aviation. Ryan McKellar, curator of invertebrate paleontology at Canada's Royal Saskatchewan Museum and co-author of the study, estimates that they were more likely used for temperature regulation or as a signaling mechanism.

See further details of the incredible discovery below, as well as National Geographic‘s video detailing the findings.

Did you know that dinosaurs had feathers? 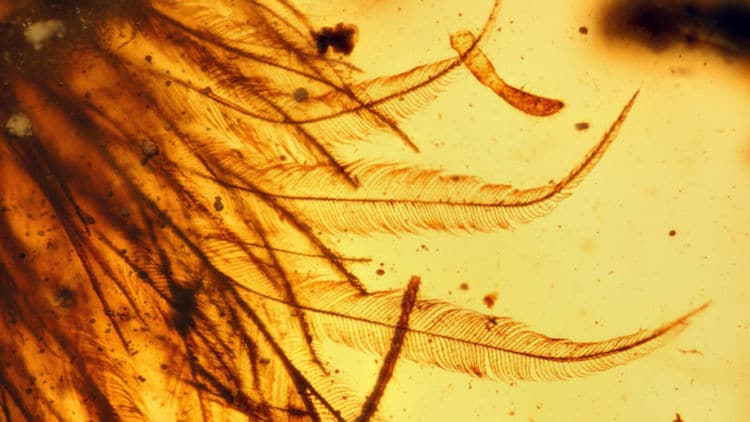 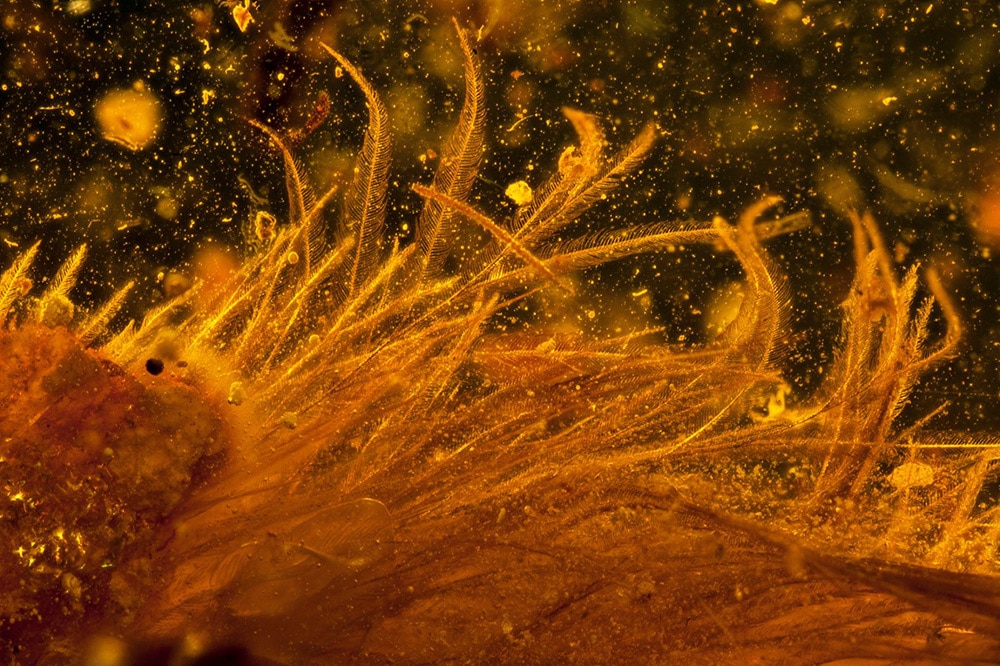 This micro-CT scan show the fine details of the plumes, which are chestnut brown with a pale underside. (Image via Lida Xing.) 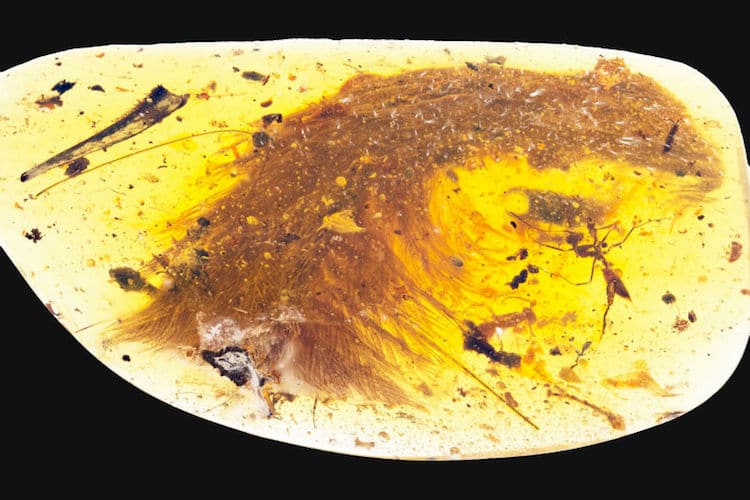 The sample is an articulated tail vertebrae, which allowed the scientists to rule out that it belonged to a prehistoric bird. Image via Royal Saskatchewan Museum (RSM/ R.C. McKellar). 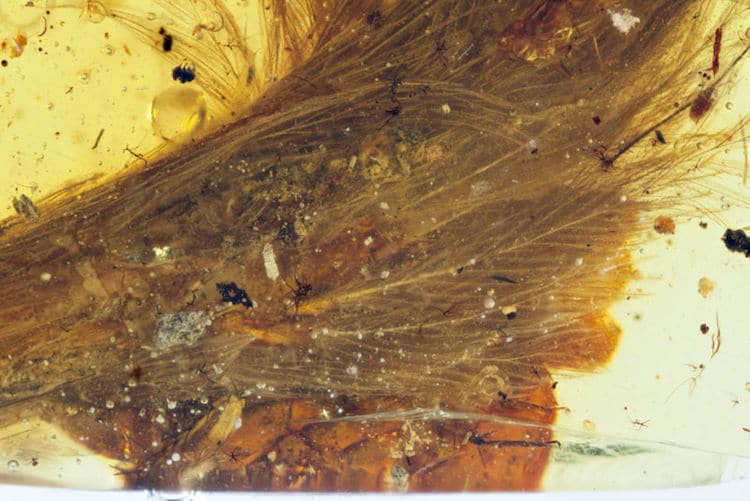 The researchers, which hail from China and Canada, used a CT scanner and microscope to study the specimen. Image via Royal Saskatchewan Museum (RSM/ R.C. McKellar). 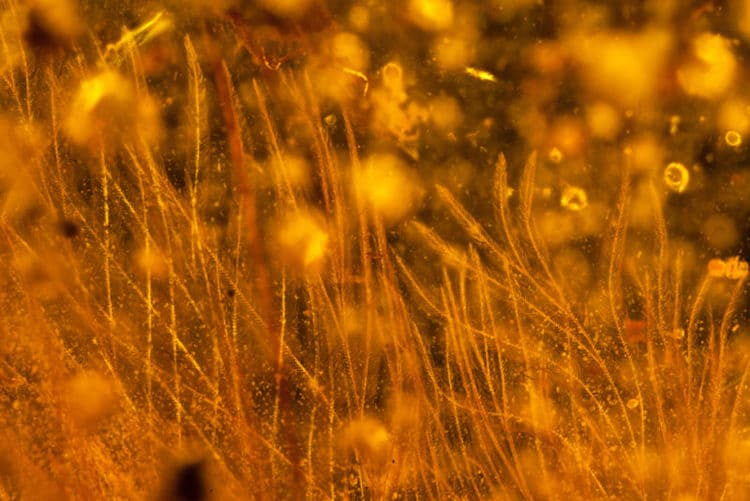 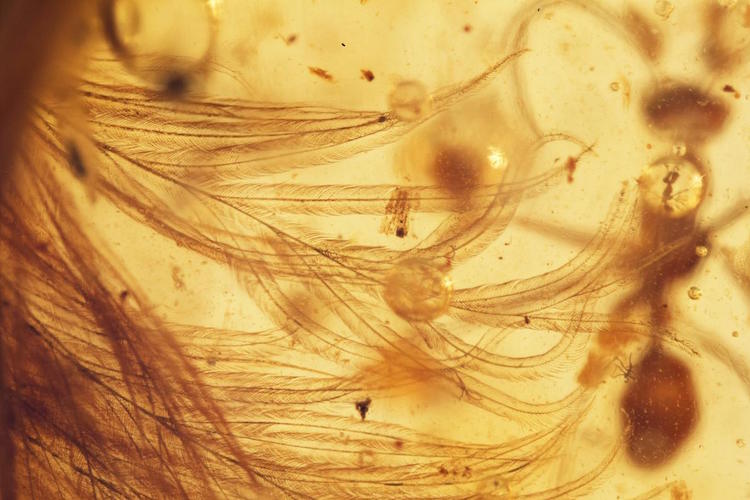 A close up view shows the open, flexible structure of the feathers, which suggests they are ornamental. Image via Royal Saskatchewan Museum (RSM/ R.C. McKellar). 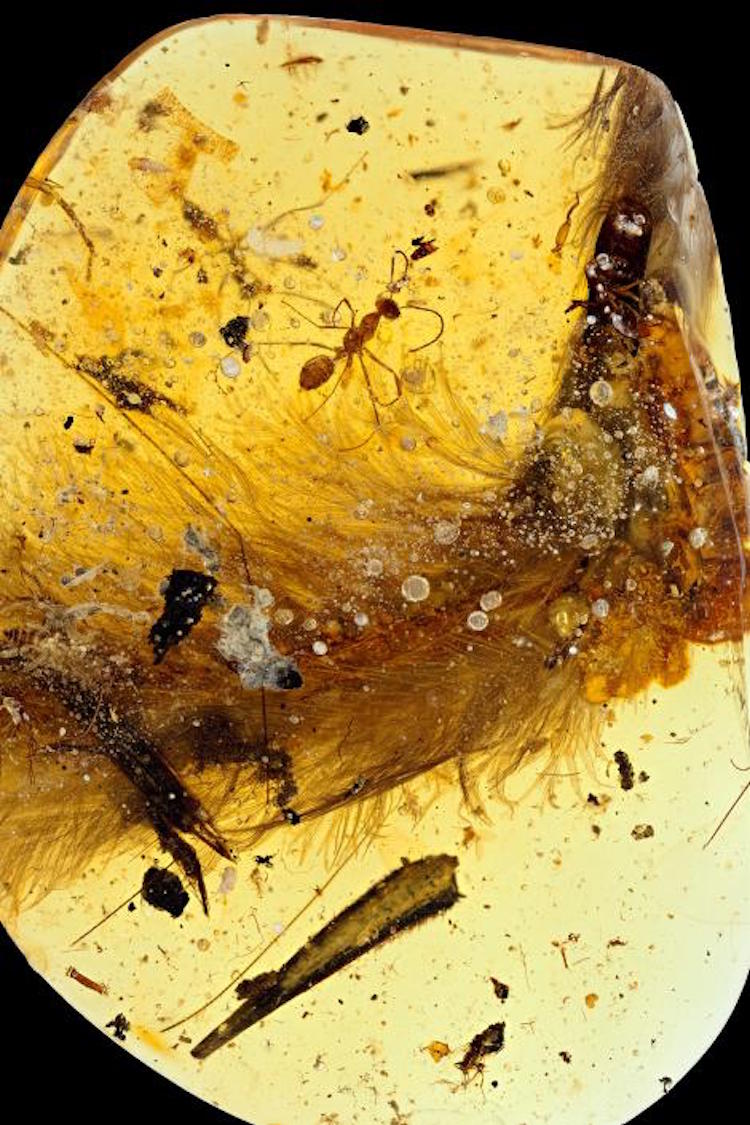 The amber comes from a mine in the Hukawng Valley in northern Myanmar. Amber from this area is rich in plant and animal life from the Cretaceous period. Two other samples obtained at the same market contained pre-historic bird wings. Image via Royal Saskatchewan Museum (RSM/ R.C. McKellar).

A scan of the underside of the tale shows the arrangement of the feathers. (Image via Lida Xing.) 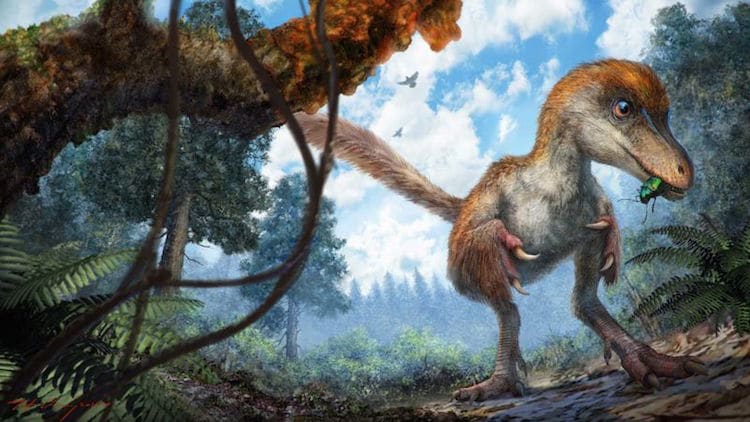 Artistic rendering of a young coelurosaur. (Image via Chung-tat Cheung.)