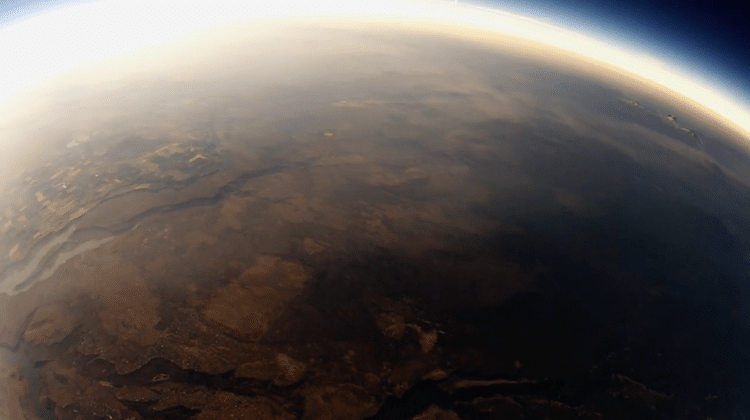 By now you may think you've seen every possible vantage point of the 2017 total eclipse that passed over portions of the United States on August 21, 2017. From amateur shots to incredible NASA eclipse photos, we can't get enough of this incredible phenomenon—the first in 99 years. But Liem Bahneman, a self-proclaimed “armchair aeroscience geek” has a new spin on the eclipse thanks to a balloon.

Bahneman launched a high-altitude balloon strapped with three cameras prior to totality over Central Oregon. “There were three still cameras (one being a Ricoh Theta 360) and a GoPro recording video. This is the edited video, showing launch, the shadow of totality passing, and the last 40 seconds is the last of the footage before the battery died.”

The mesmerizing video shows the balloon as it launches high into the sky, with a darkening shadow falling across the landscape. If you can't get enough of the 2017 total eclipse, sit back and prepare to be enthralled by Bahneman's view of the event.

All images and video via Liem Bahneman.