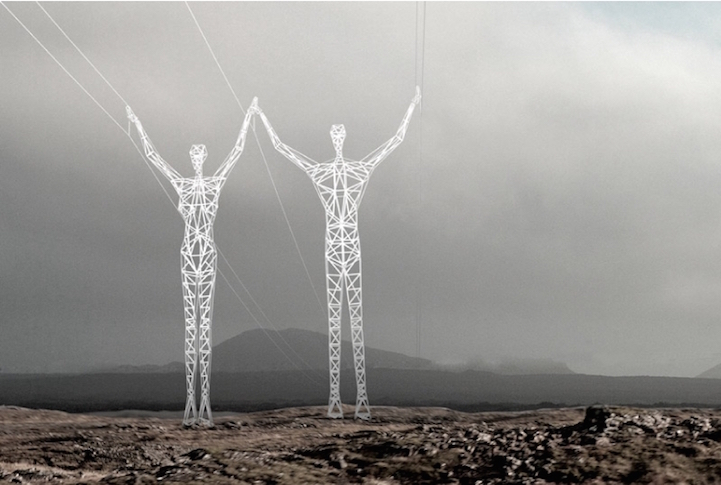 We've seen cell phone towers disguised as trees in an effort to beautify the city, but what do we do about tall, unsightly electrical towers? Massachusetts-based architects Jin Choi and Thomas Shine (of Choi+Shine) recently unveiled their Land of Giants project, a concept that received the 2010 Boston Society of Architects Unbuilt Architecture Award. The giant, human-shaped pylon-figures boast a modular construction, one that can be configured to respond to their environment with appropriate gestures. As the carried electrical lines ascend a hill, the pylon-figures change posture, imitating a climbing person. The pylon-figures can also be arranged to create a sense of place through deliberate expression.

Subtle alterations in the hands and head combined with repositioning of the main body parts allow for a rich variety of expressions. The pylon-figures can be placed in pairs, walking in the same direction or opposite directions, glancing at each other as they pass by, or kneeling respectively, head bowed at a town. “Making only minor alterations to well established steel-framed tower design, we have created a series of towers that are powerful, solemn, and variable,” says Choi+Shine. “These iconic pylon-figures will become monuments in the landscape. Seeing the pylon-figures will become an unforgettable experience, elevating the towers to something more than merely a functional design of necessity.” 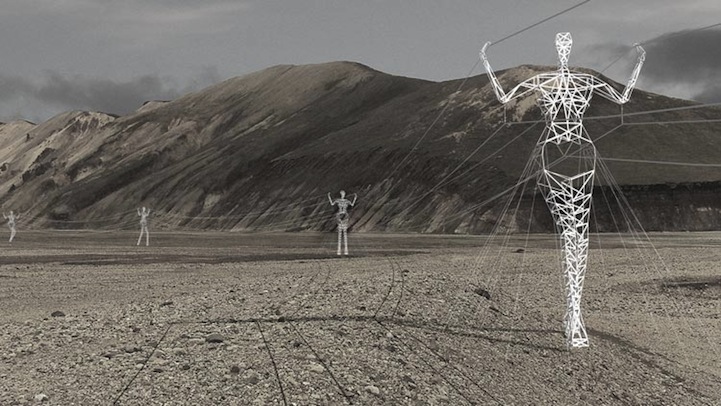 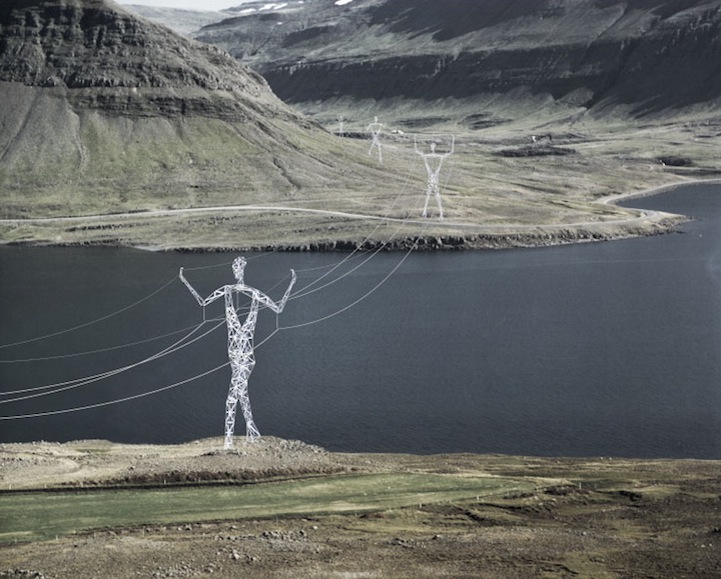 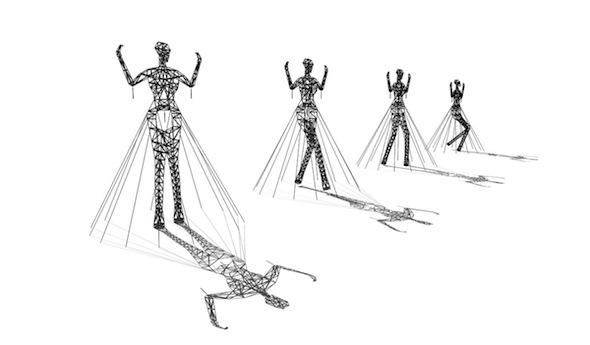 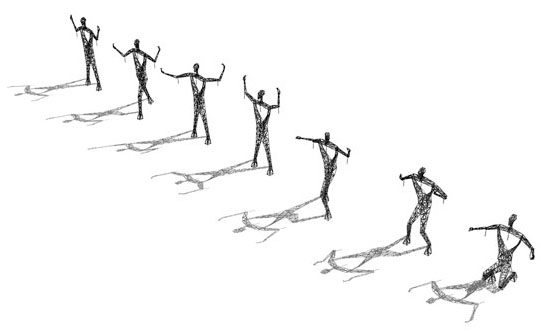