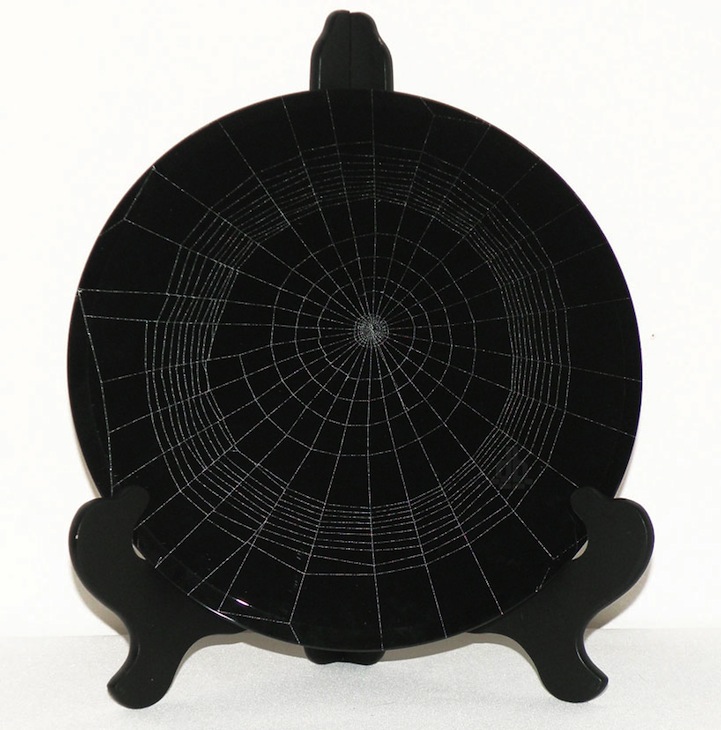 Artist Emil Fiore, also known as Rocky, collects whole spider webs and preserves the natural works of art behind glass. Based in New Jersey, Fiore first learned about catching a web in a children's craft book and, ever since, the idea has stuck. In his 20's, he finally started experimenting with web collection. He has used all kinds of sprays and varnishes to master the preservation of each web in its entirety and his hard work has certainly paid off. Spray painted with silver paint and set behind glass, these striking, silky designs are unique and captivating representations of the wonders of nature.

To collect the webs, Fiore spends his days hunting for spiderwebs in Palisades Parks, New Jersey. From May through October, he catches an average of 20 webs a day, five days a week, which he estimates to be roughly 2,000 in total per year. On average, a spiderweb lasts for only a few hours. So when Fiore comes upon an intact web, it's an exciting moment. He says, “When I find one, I'm exhilarated. The web shimmers and dances in the sunlight with the slightest breeze. The silk refracts light casting rainbows of color at me. It is a thing of beauty and I wax ecstatic, but the capture demands all my attention. I stop breathing to make the catch and time stops with me. Then the hunt continues.”

Fiore says the designs are as varied as snowflakes, and each one is extremely stylized and dependent upon the particular species that creates the web. An aspect that adds to the character of each design are the random stray wings, legs, or antenna left behind–remnants of a spider's victims. By mounting the fragile designs onto glass, Fiore isolates the natural beauty of each creation, ultimately giving them a permanence in the world of art. 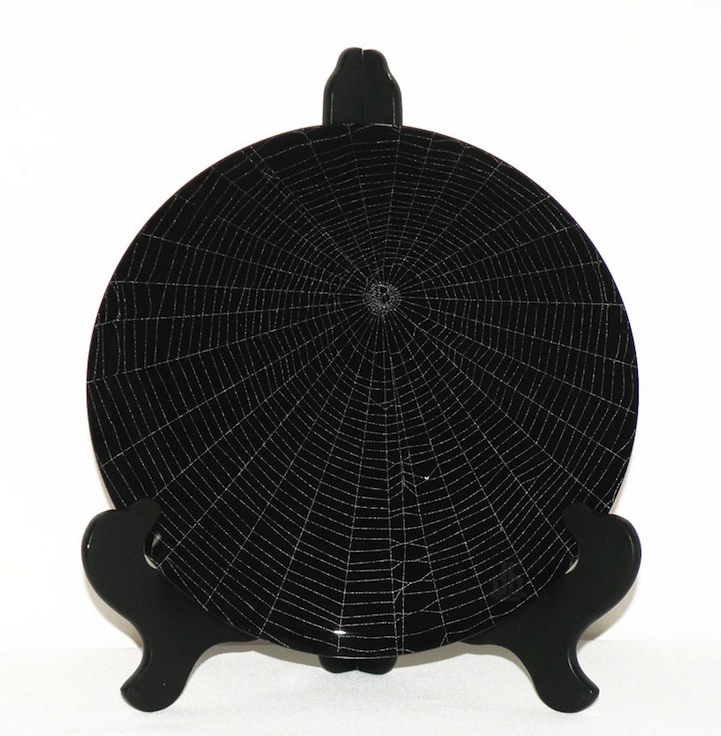 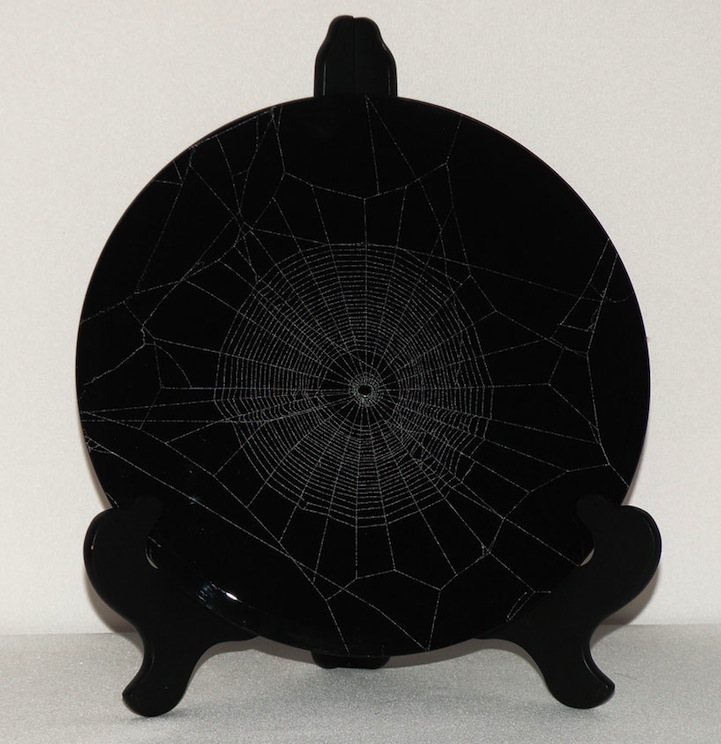 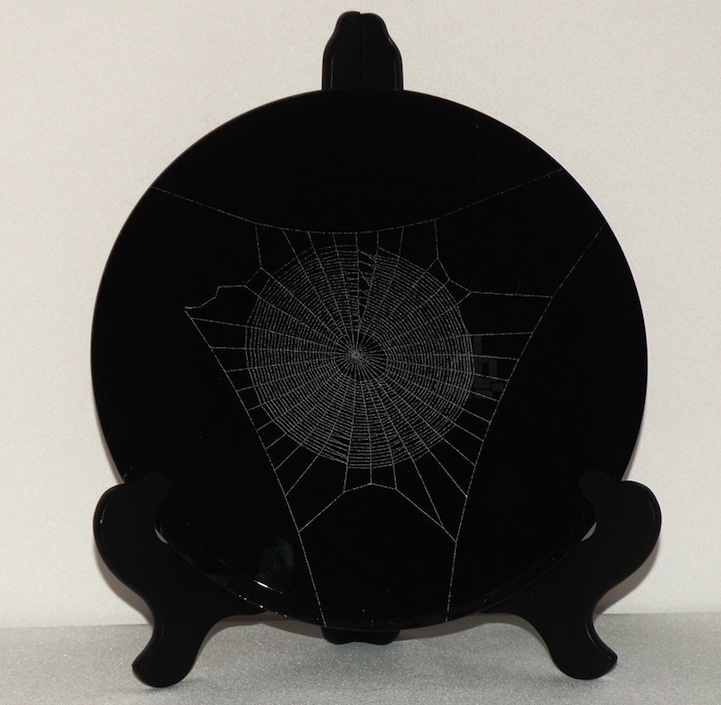 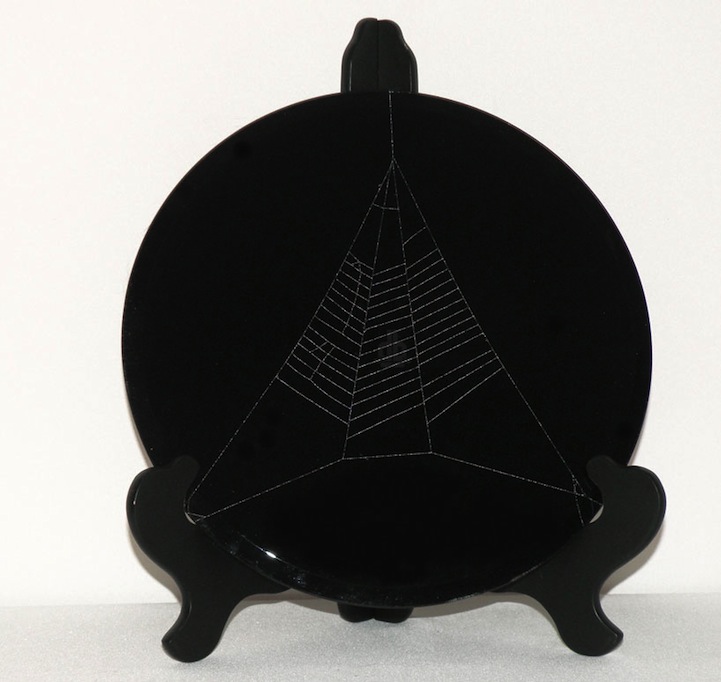 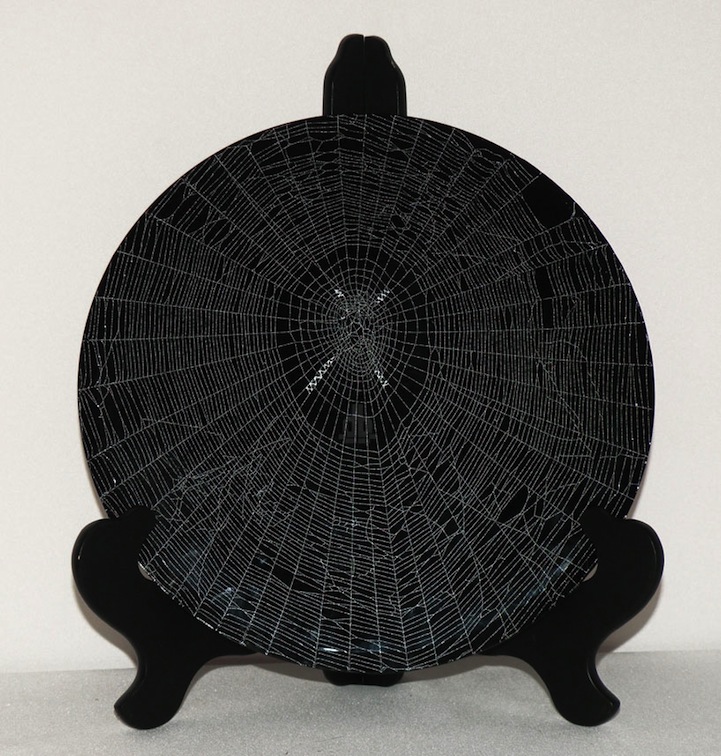 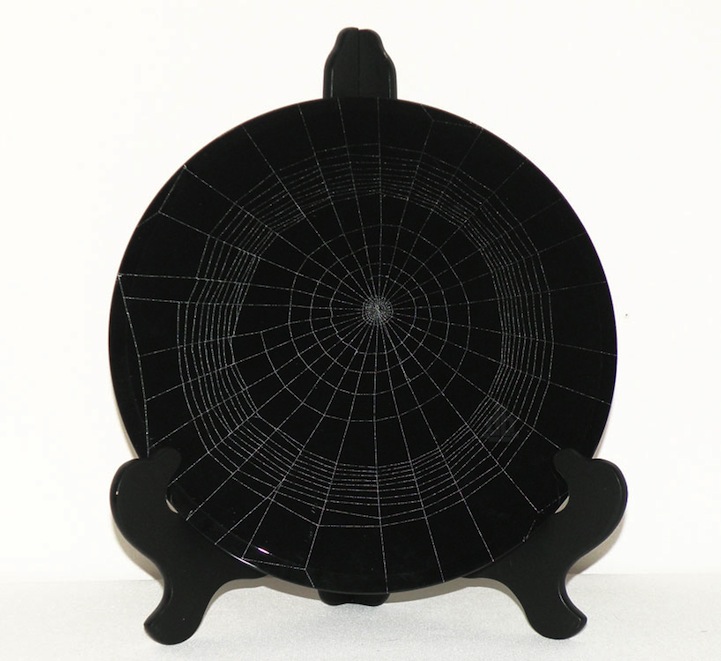 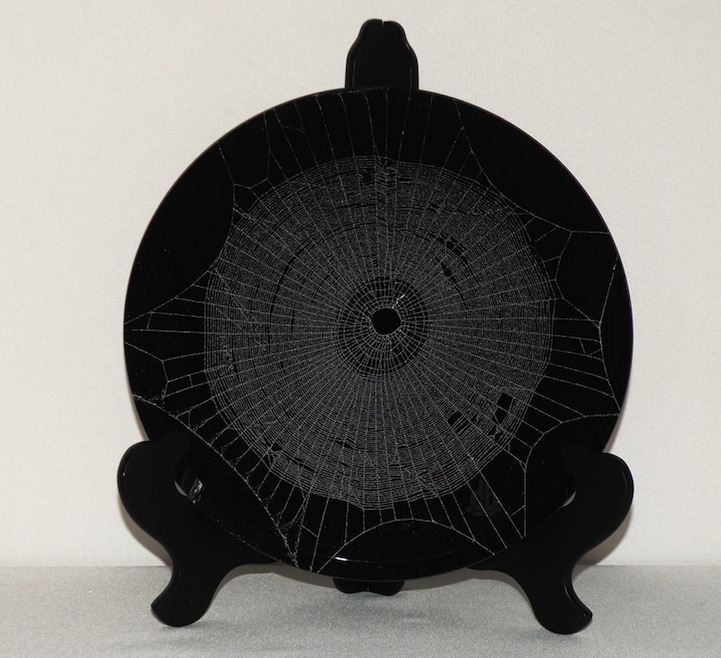