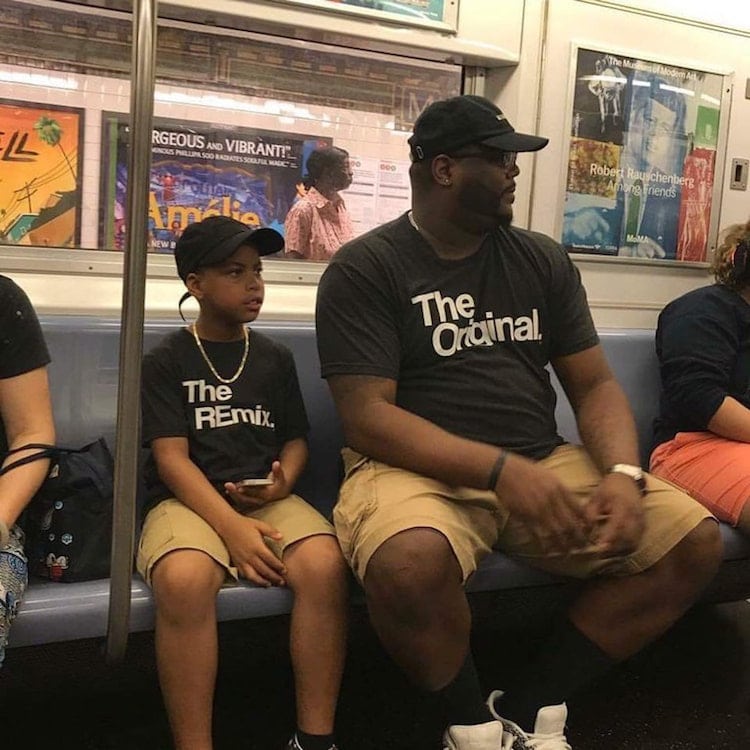 Father's Day may be over, but one dad-and-son duo is keeping the holiday spirit alive through their clever t-shirts. Designed by quirky company KaAn's Designs, the pair's shirts comically deem themselves “The Original” and “The Remix.”

In a photo posted on Twitter by a man named Brad (@moveslikezagger), the stylish father and son are shown riding the subway in their matching tops. Though the shirts are simple in design—solid black with unembellished white text—Brad describes them as “quite possibly the best pair of T-Shirts I have ever seen.” And, given the number of likes and re-tweets the post has received, it's safe to say that many people agree.

In addition to “The Original” and “The Remix,” KaAn's Designs offers a myriad of similar shirts. These equally witty variations feature labels like “The Blueprint,” “The Encore,” “The Replay,” and, for the baby of the family, “The Mic Drop.” With their “throwback” feel and trendy lingo, the t-shirts are created “for the 90's kid turned millennial parent”—though any modern mom and dad are bound to love the shirts' stylish statements!

If you'd like to purchase your own hilarious t-shirts, be sure to check out KaAn's Designs on Etsy.

In a viral photo, a dad and son are shown wearing clever t-shirts that describe themselves as “The Original” and “The Remix.” These shirts are popular pieces by by KaAn's Designs. 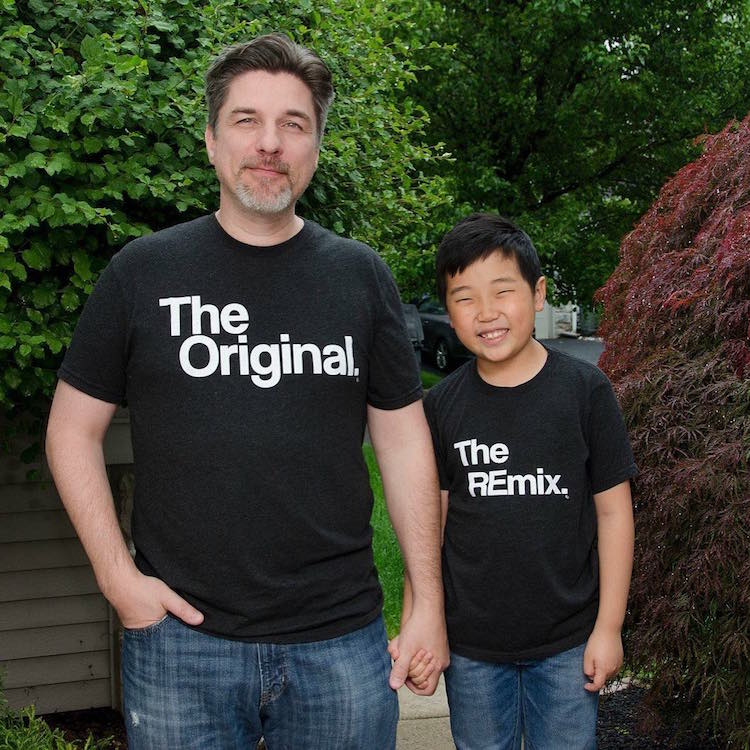 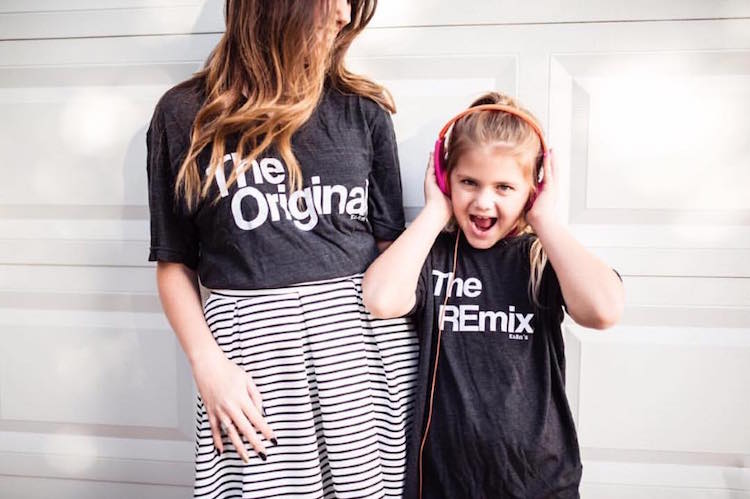 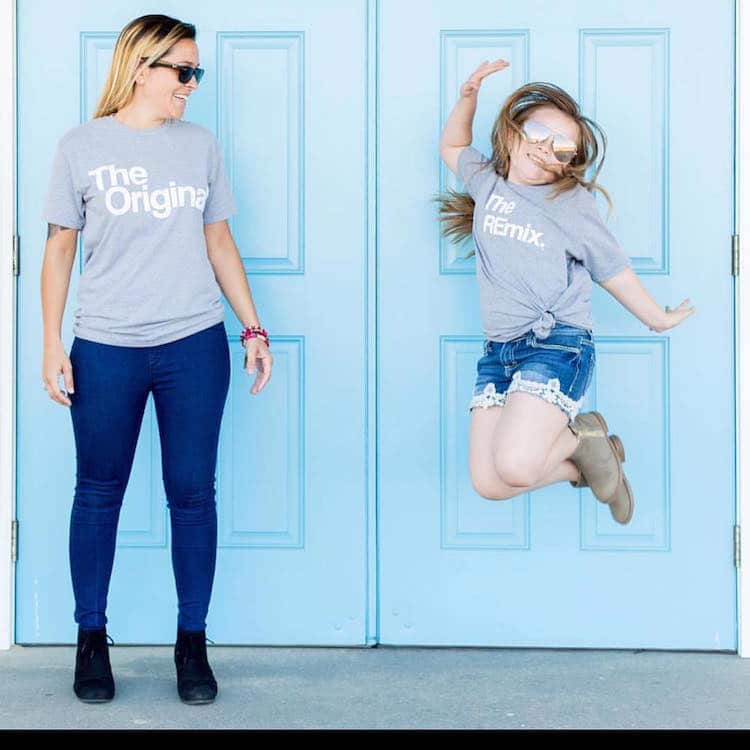 In addition to these tops, the company also creates other similar family t-shirts. 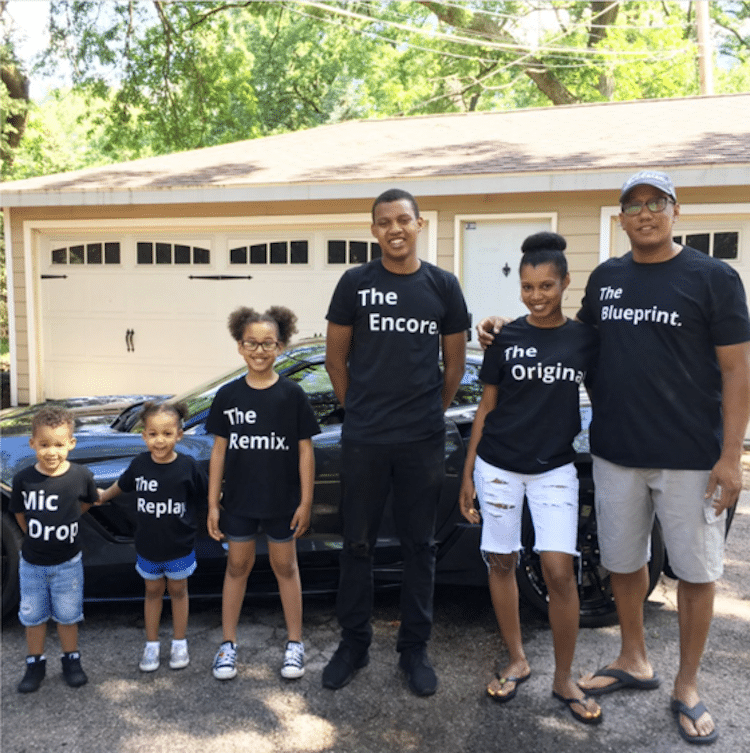 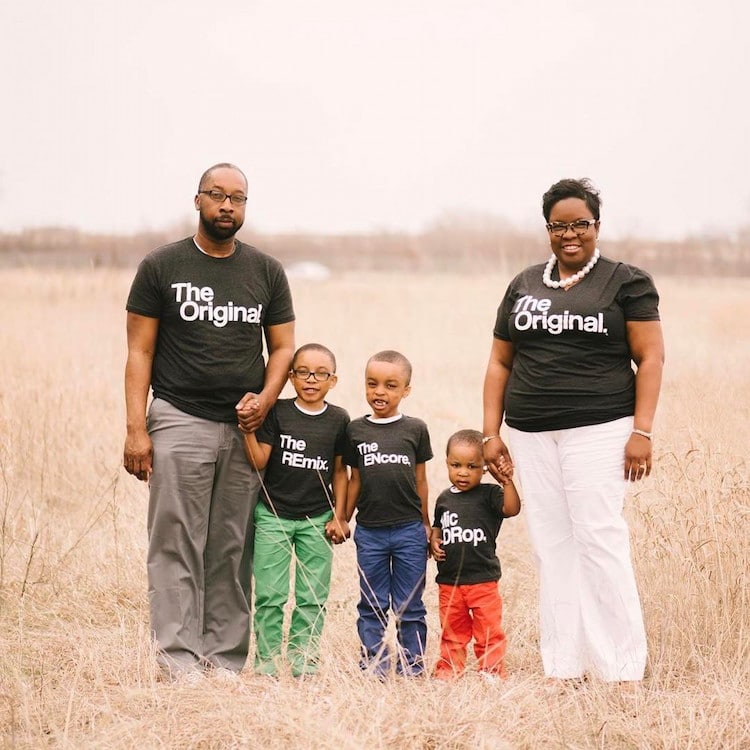 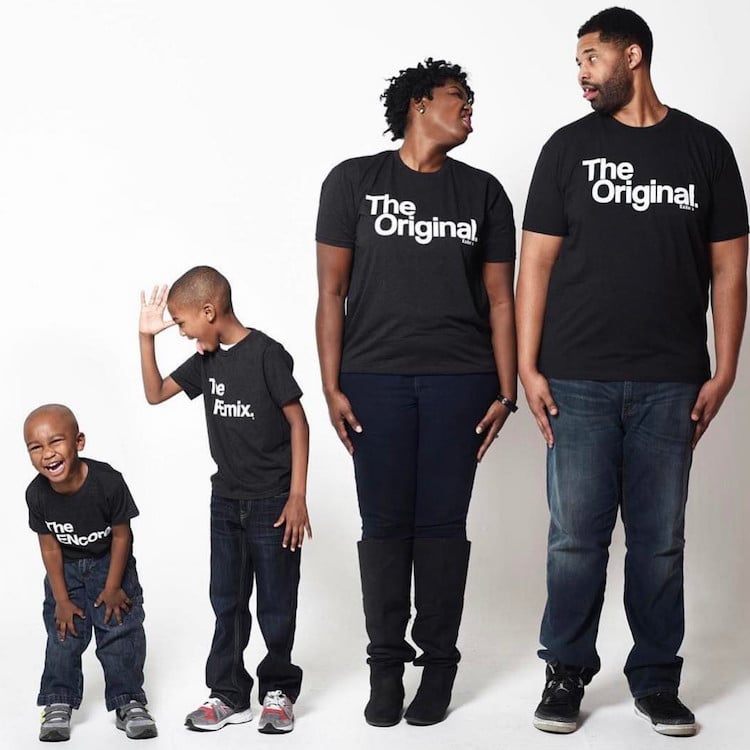 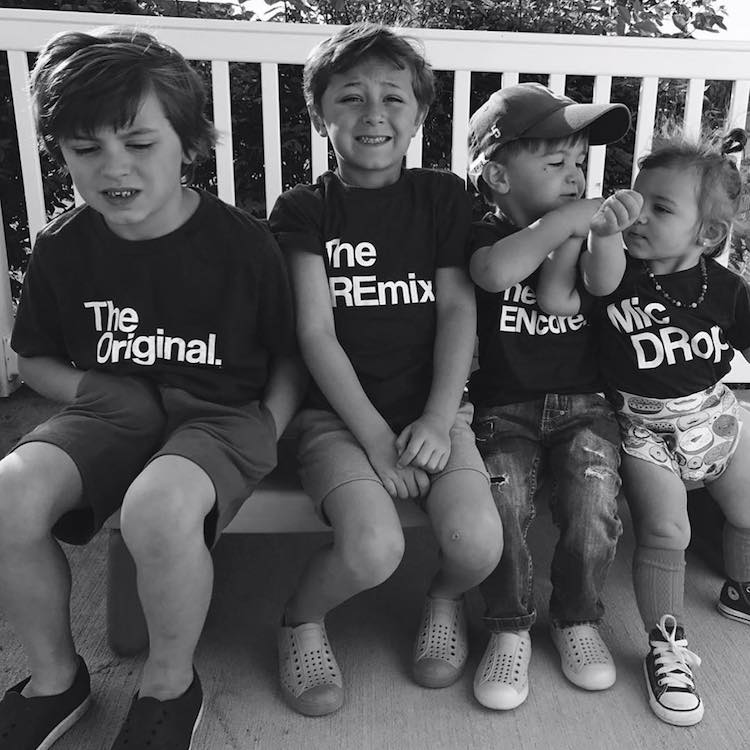 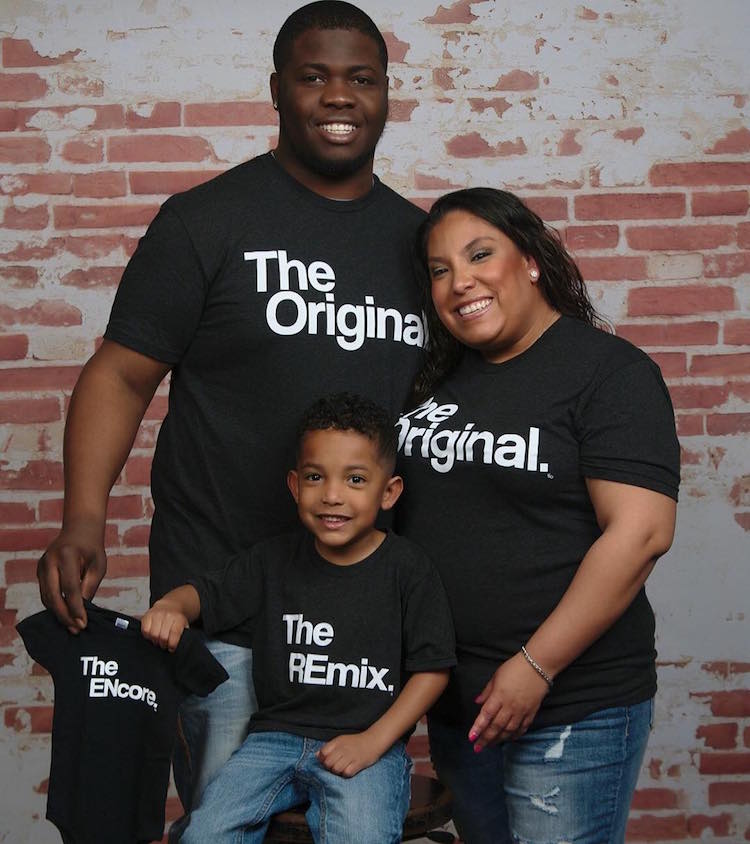 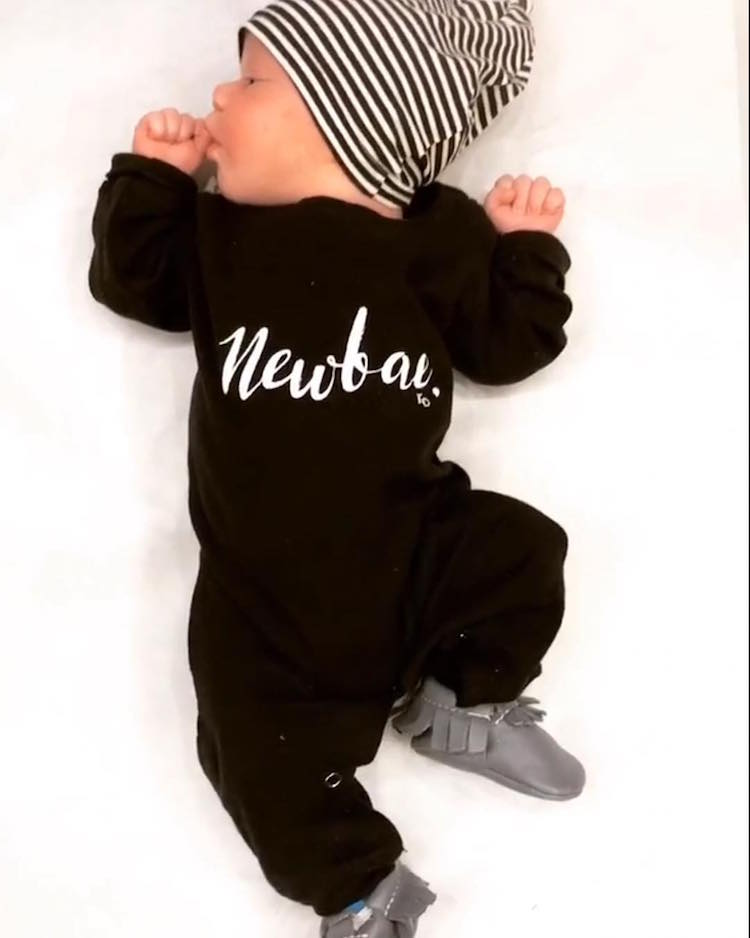 All images via KaAn's Designs unless otherwise stated.

13 Hilarious T-Shirts That Will Make You Laugh

Photos of Loving Fathers Who Defy Stereotypes of Men with Kids