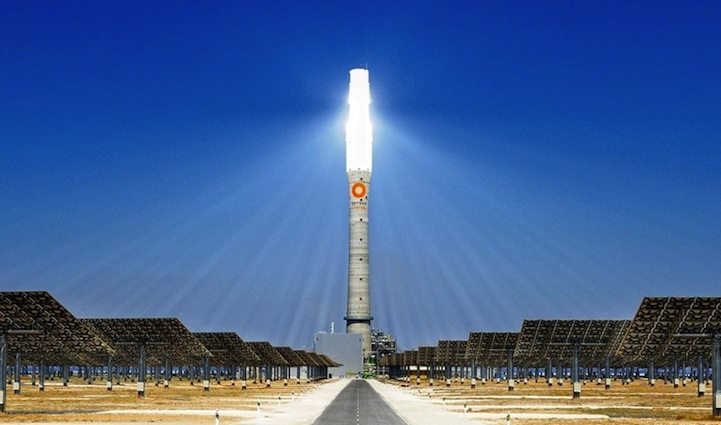 Found just outside of Seville, Spain, the Gemasolar Power Plant is capable of producing enough energy for up to 15 hours in darkness. That's with the help of 2,600 concentrically placed mirrors that reflect sunlight onto a molten nitrate salt tank found in the center. The sun's reflections heat up the salt in the tower which, in turn, boils water found in the tank. The steam that's created powers the turbines used to make electricity.

The reason Gemasolar can supply energy in the dark is due to the the nitrate salt. Any extra heat gathered throughout the day is stored inside the liquefied salt. Think of it as a giant thermal battery. Right now the plant isn't running at full power, but by 2012, it will be up to 70% capacity. This would mean its producing 110 GWh/year which is enough to power 25,000 homes and reduce CO2 emissions by 30,000 tons, making it the largest solar power plant in all of Europe! 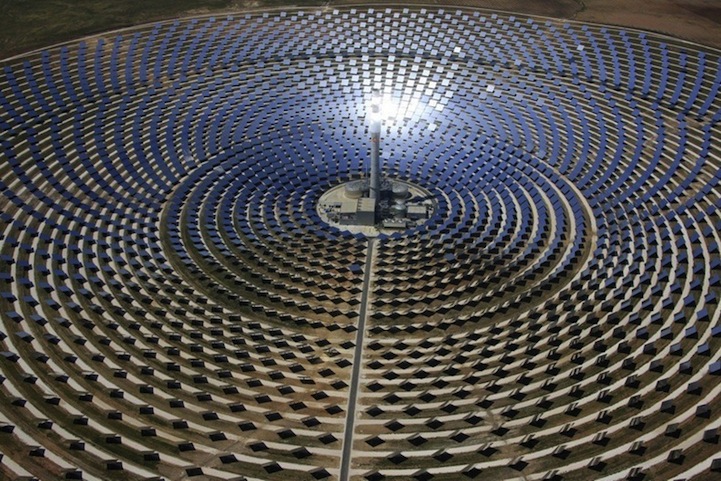 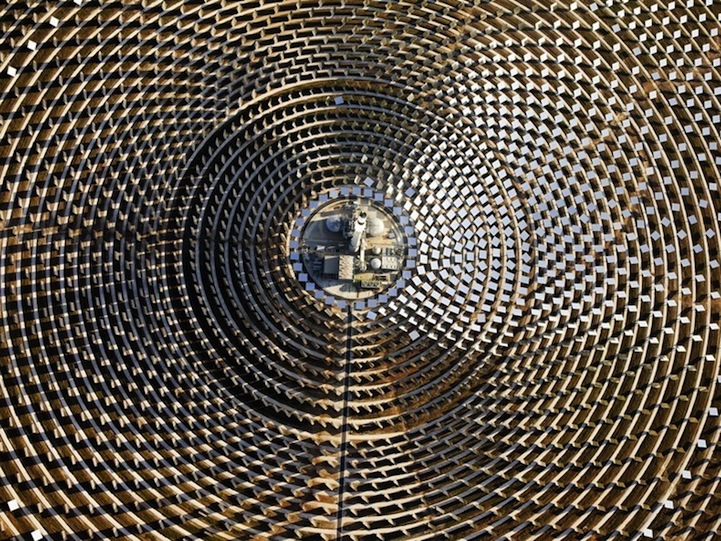 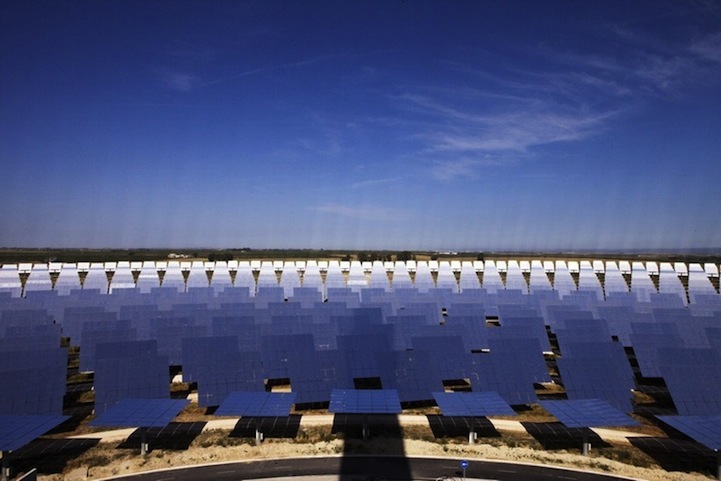 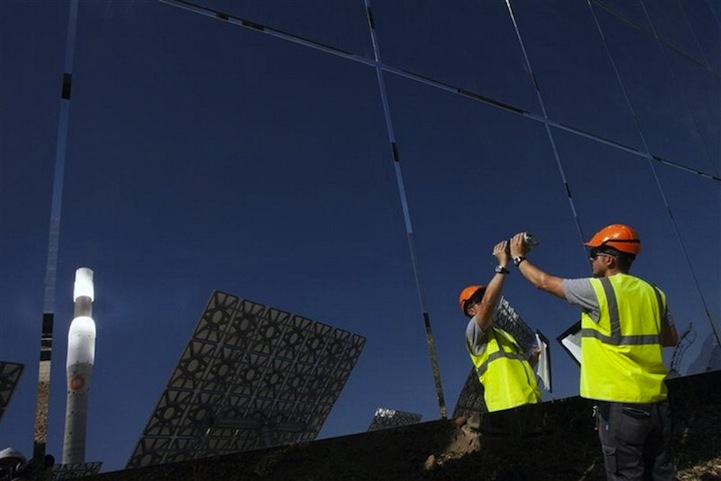 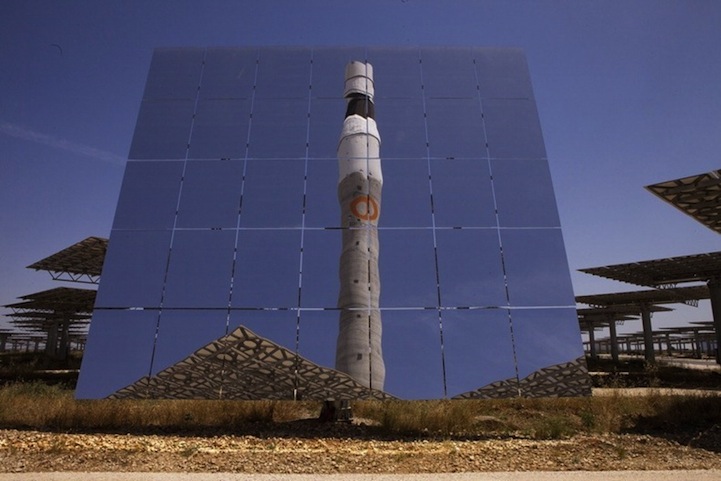 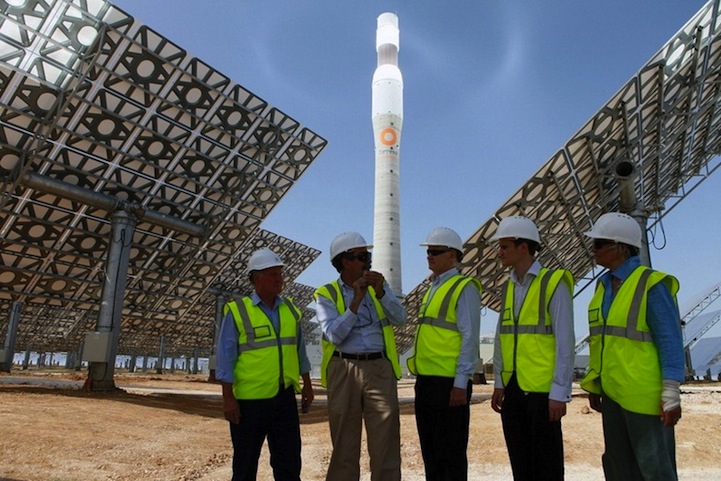