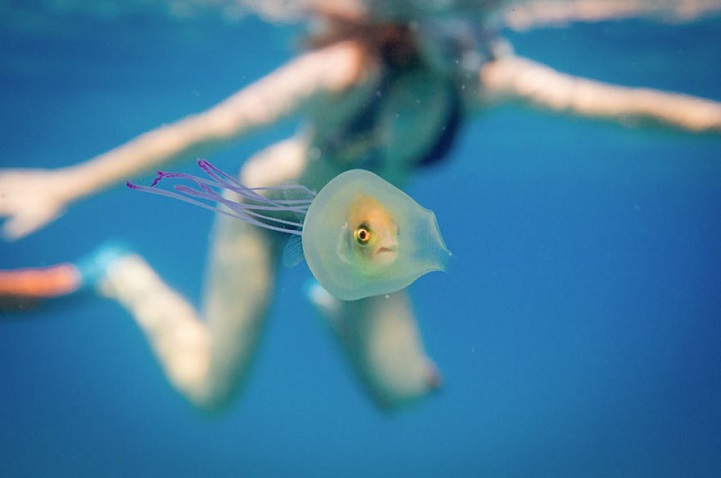 Australian photographer Tim Samuel managed to get a once-in-a-lifetime shot while free diving off The Pass in Byron Bay, on the north coast of New South Wales. The marvelous images present the bizarre sight of a fish stuck inside of a jellyfish. Even more unusual is that, according to Samuel, the trapped fish was able to control where the jellyfish moved, like some sort of twisted version of a living and breathing submarine.

The shots seem to capture the expression of utmost horror (or maybe it's confusion?) on the face of the poor little fish, confined to his jelly-prison. A photographer for over five years, and a surfing instructor before that, Samuel claims to have never seen anything like this in all his years spent in the water.

Despite the fish’s worried face, Ian Tibbetts, an Associate Professor at the University of Queensland, explained to Australian Geographic that “it's difficult to tell whether disaster has just struck, or whether the fish is happy to be in there.” Some breeds of fish seek shelter underneath the stingers of jellyfish, so perhaps this little guy just slightly missed his mark. Either way, Samuel's shots certainly win the award for weirdest sight of the day. 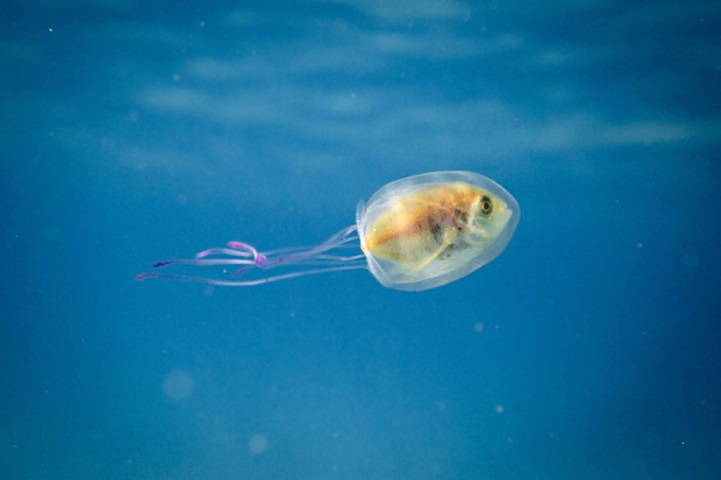 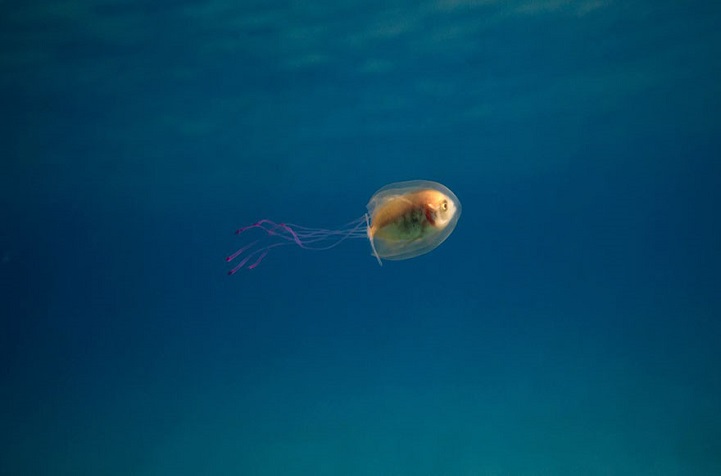