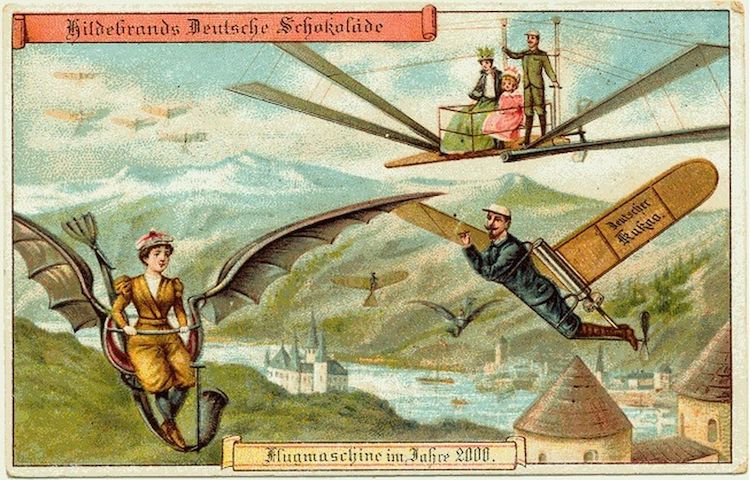 Not just a funny sketch from the Conan O'Brien show, In the Year 2000 was also a clever marketing campaign by German chocolate brand Hildebrand's. Just in time for the turn of the 20th century, the chocolatier commissioned 12 postcards predicting what life would be like 100 years in the future.

Starting in January 1900, they placed a card in each box of chocolate with a fantastical prediction of what the future would hold. And they weren't the only company to think of such a stunt, similar illustrations were also commissioned in France for the World's Fair. Those futuristic illustrations were issued from 1899 to 1910, first as cards in cigarette boxes and then, later, as postcards. At least 87 cards from a variety of French artists were produced over time.

So, what seems downright foolish now and what actually isn't too far from the truth? It's surprising to see that in some respects, the artists weren't too far off—like moveable sidewalks or live performance streaming—while others provide a good chuckle. For instance, a roofed city may be a little impractical, and a “good weather” machine is something that would be especially useful right now, but still doesn't exist. What other predictions were these artists able to come up with as part of the clever marketing campaign? 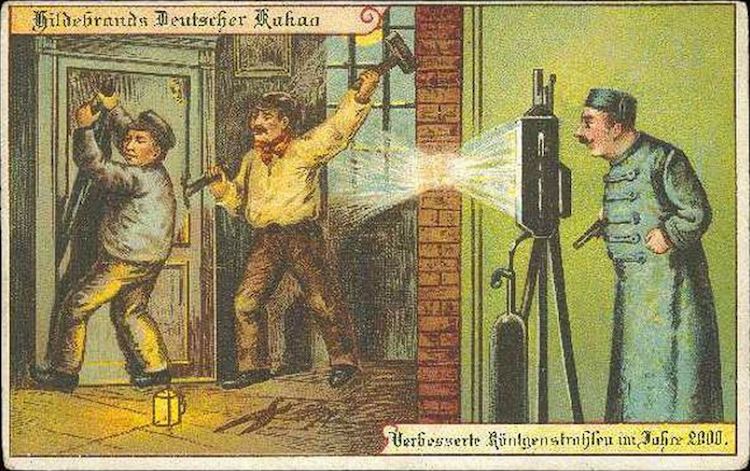 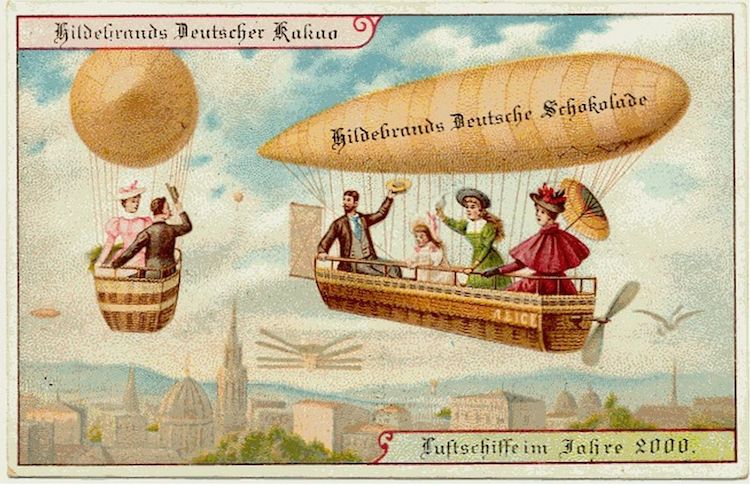 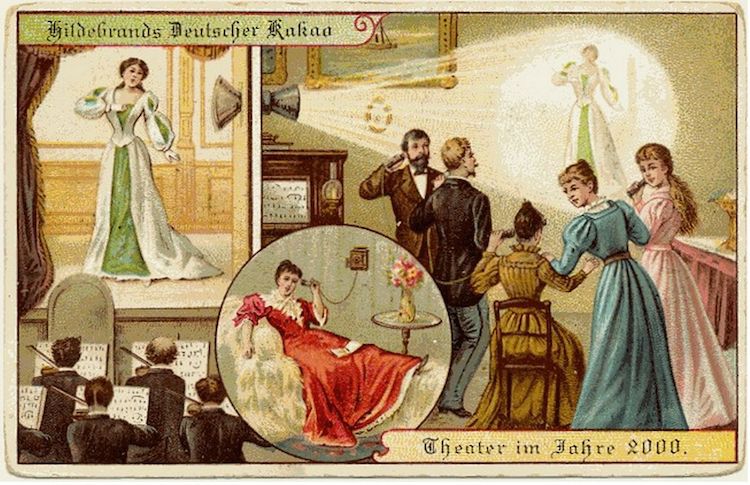 Watching a live performance while not in the theater. 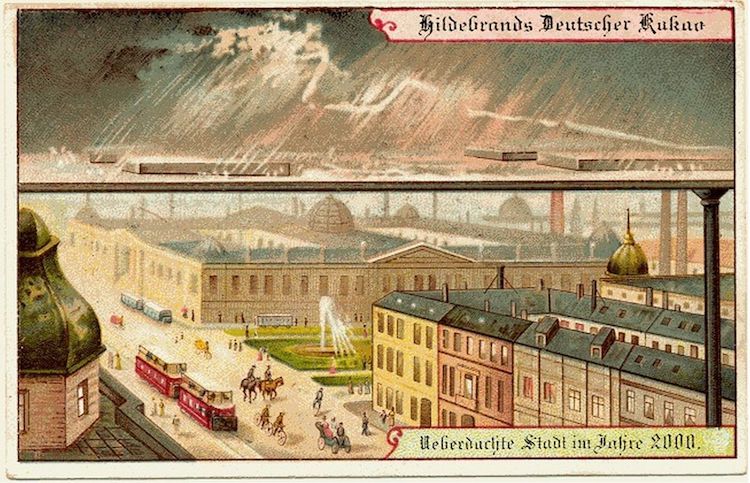 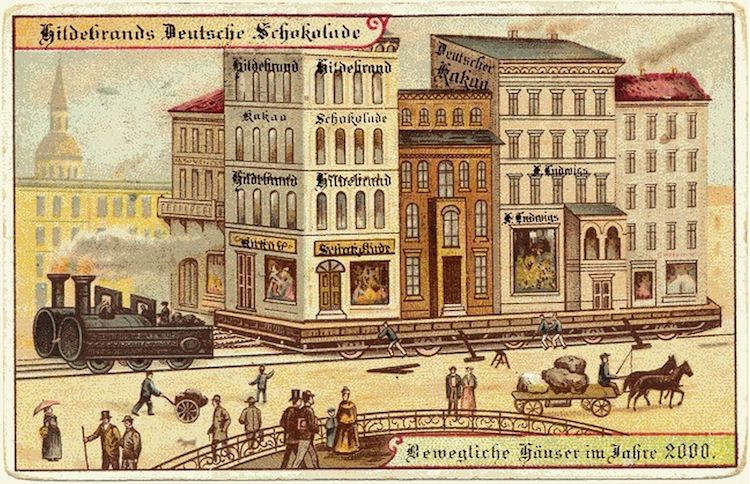 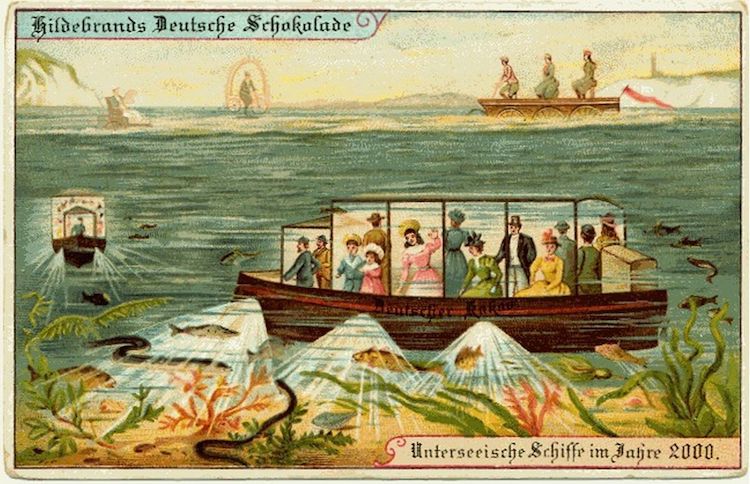 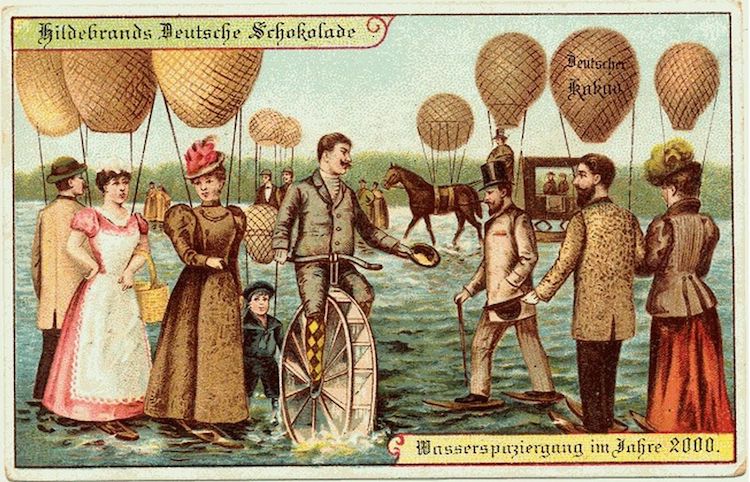 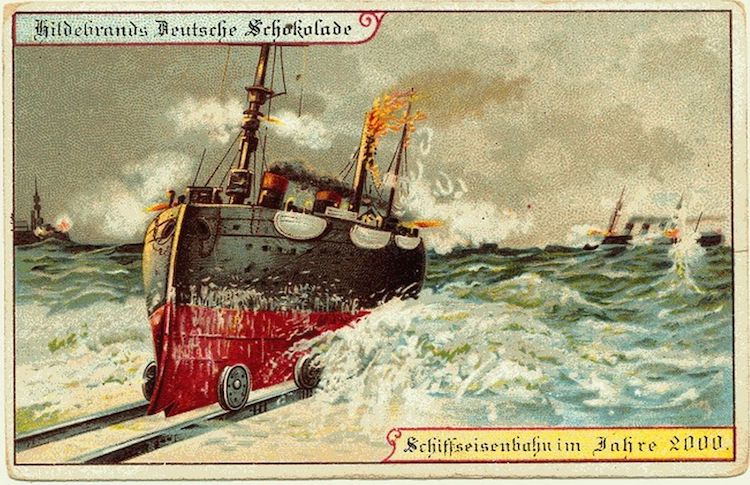 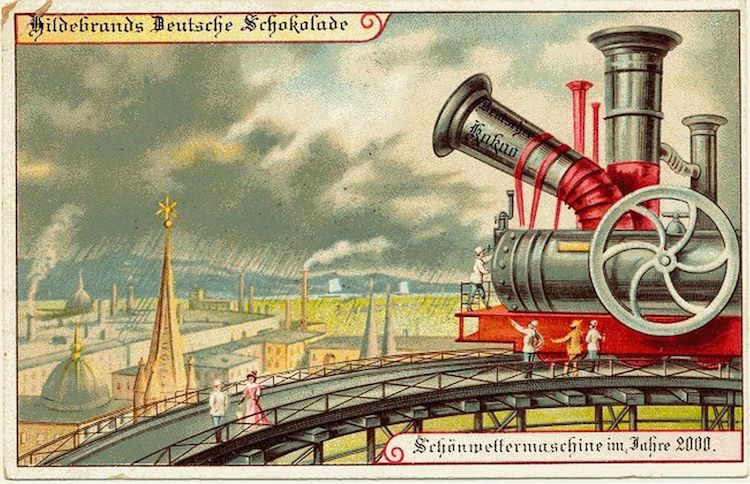 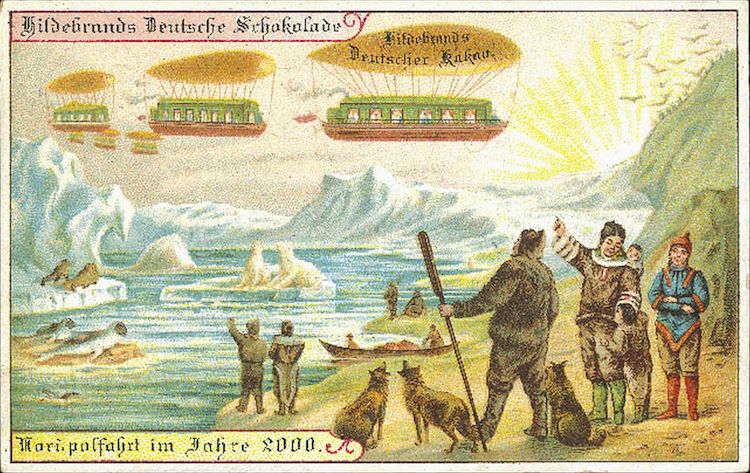 Excursions to the North Pole. 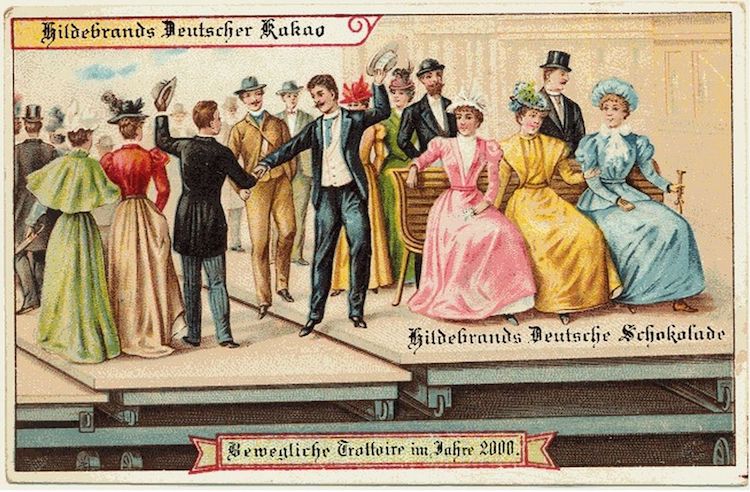 All images via WikiCommons.