By Kelly Richman-Abdou and Sara Barnes on October 22, 2021 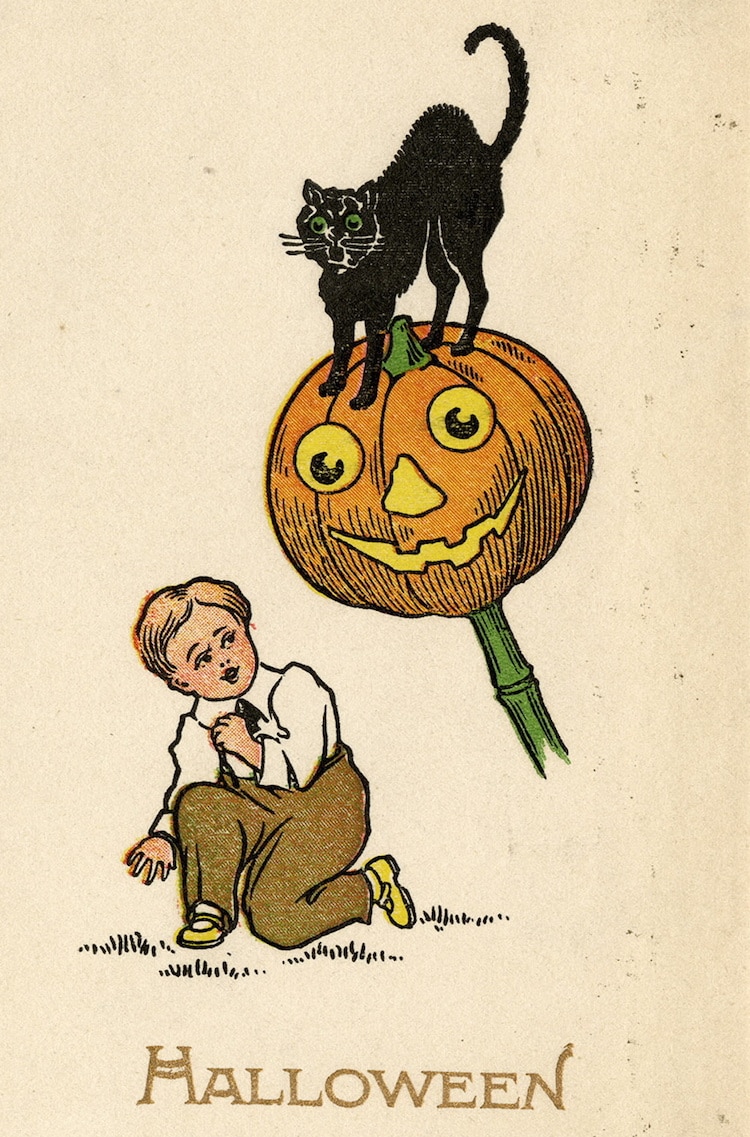 For centuries, people young and old have reveled in the fun and frightening festivities of Halloween. Occurring every year on the last day of October, the haunted holiday is a festive way to celebrate the fall season and an exciting way to embrace the occult, making it one of contemporary culture's most exciting annual events. But what is the true history of Halloween?

Though it's wildly popular today, Halloween is not merely a modern phenomenon. In fact, its roots date back thousands of years, spanning Celtic festivals, Catholic holidays, and even British burial rituals. Here, we explore its age-old origins, tracing its twisting evolution and contextualizing its spellbinding traditions. 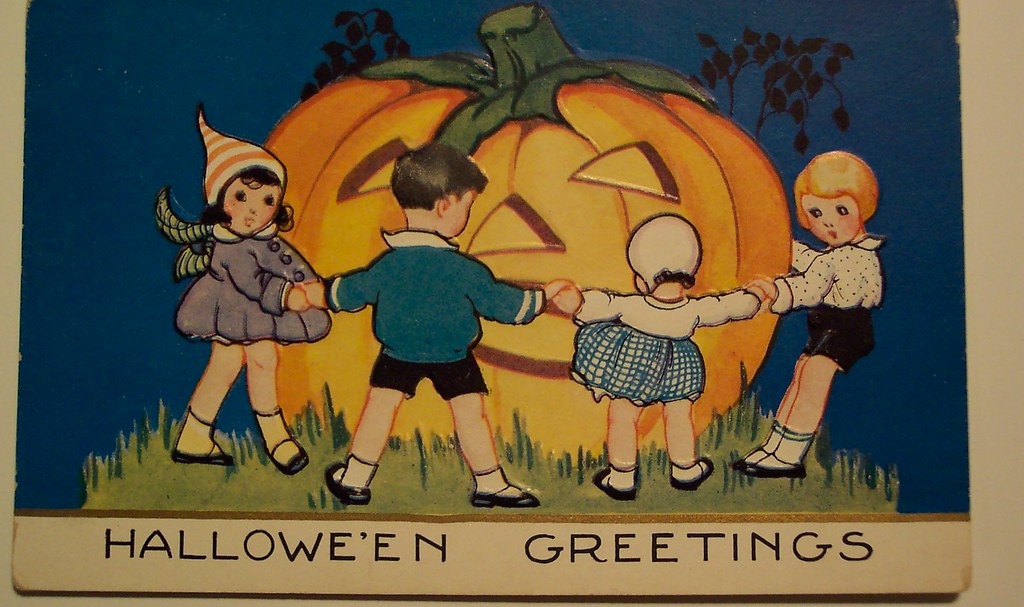 Before jumping into the ancient holiday's history, it's helpful to start with the basics and learn the origins of its name. The word Halloween has evolved from Hallowe'en. In turn, this whimsical word is shorthand for “hallowed evening,” and refers specifically to All Hallows' Eve. All Hallows' Eve is a celebration that occurs on October 31, the day before All Saints' Day, an important Christian festival.

Along with All Souls' Day on November 2, All Hallows' Eve and All Saints' Day make up Allhallowtide, a triduum (three-day religious observance) dedicated to the dead. While Allhallowtide has been officially observed by the Church since the 8th century, Halloween's history dates back even further, beginning with an ancient festival.

What is the history of Halloween? 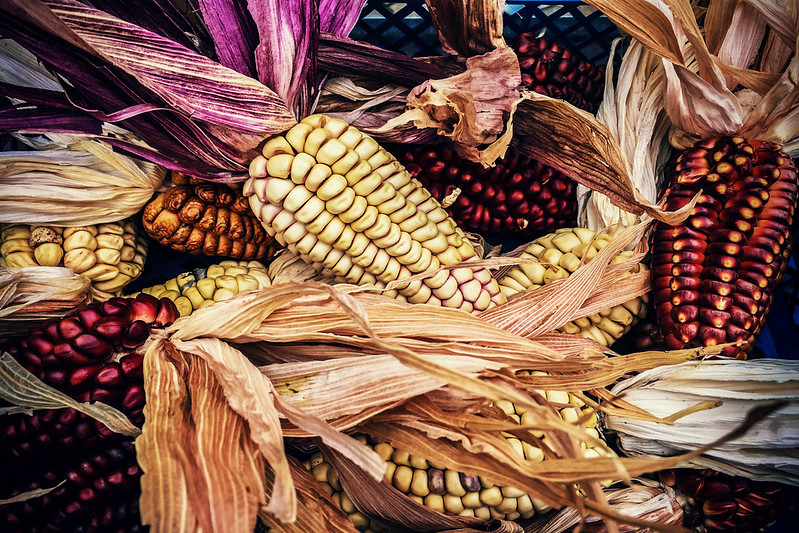 While the holiday’s exact origin remains mysterious, historians have found a link to Samhain (pronounced “sah-win”), a pre-Christian, Celtic festival commemorating the end of summer. This annual autumnal fete was celebrated from sunset to sunset (October 31 to November 1) in Ireland, Scotland, and the Isle of Man, and it can be traced back 2,000 years.

According to Celtic folklore, the barrier between the living and the dead was at its most permeable during this harvest holiday. In addition to facilitating communication with the dearly departed, this phenomenon meant that spirits could return to earth. To welcome these visiting specters, Celts would make offerings of food and channel their spiritual energy to tell each other’s fortunes.

On top of its supernatural roots, historians believe Samhain also served a more functional purpose: to prepare for the coming cold. During this festival, people would collect resources for the winter and gather animals from the pastures.

By the first century CE, most Celtic territory was conquered by the Roman Empire. Inevitably, their rituals and festivals began to blend, culminating in new hybrid holidays. Samhain, for example, merged with the Roman festival of Pomona, a harvest-inspired feast believed to have taken place on November 1. 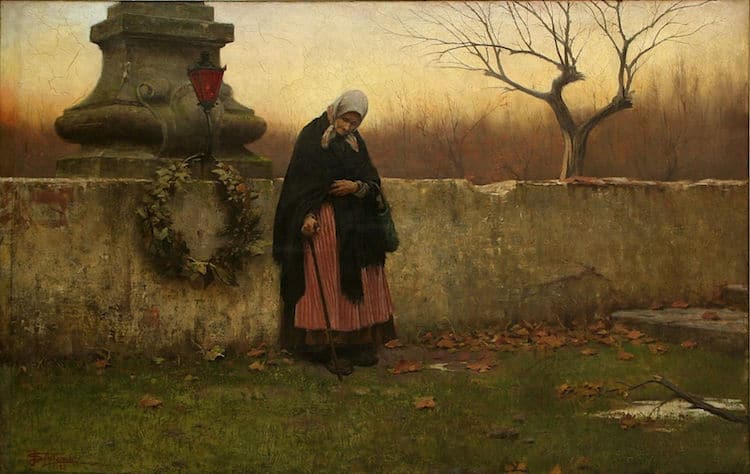 Though these harvest holidays would go on to last for centuries, they underwent dramatic changes in the 8th century. During this time, Pope Gregory III reinterpreted the Pagan festival as a series of Catholic holidays.

Specifically, he declared November 1 All Saints' Day, a holiday intended to honor “saints, martyrs, and confessors” in heaven, with October 31 serving as the preparatory All Hallows Eve. The triduum, however, was not complete until the 11th century, when November 2 became All Souls' Day—a holiday dedicated to all baptized Catholics who have died.

Though the days of October 31 through November 2 were initially intended as somber days of reflection, Halloween today is primarily known for its playful traditions—like trick-or-treating, donning costumes, and carving pumpkins. 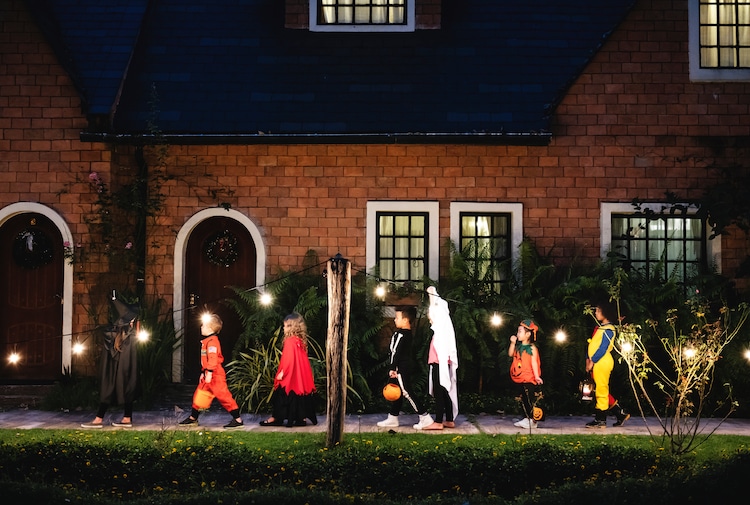 To many, trick-or-treating is the custom most closely associated with Halloween. Today, it is practiced by children and consists of dressing up in costumes and going door-to-door collecting candy, trinkets, and other treats. Historians have linked this practice to both Samhain and medieval customs in the British Isles.

Ancient Celts believed that, during Samhain, ghosts would disguise themselves as beggars to trick people into giving them food, money, and other coveted commodities. According to this superstition, rejecting a costumed spirits' pleas resulted in a curse, prompting people to give away goodies during the day-long festival.

Similarly, trick-or-treating is also likely tied to “souling” a British practice that emerged in the Middle Ages and lasted until 1930. Inspired by Mummers' Plays—theatrical productions of folktales—souling was a ritual in which children and needy people dressed in costumes would knock on doors begging. 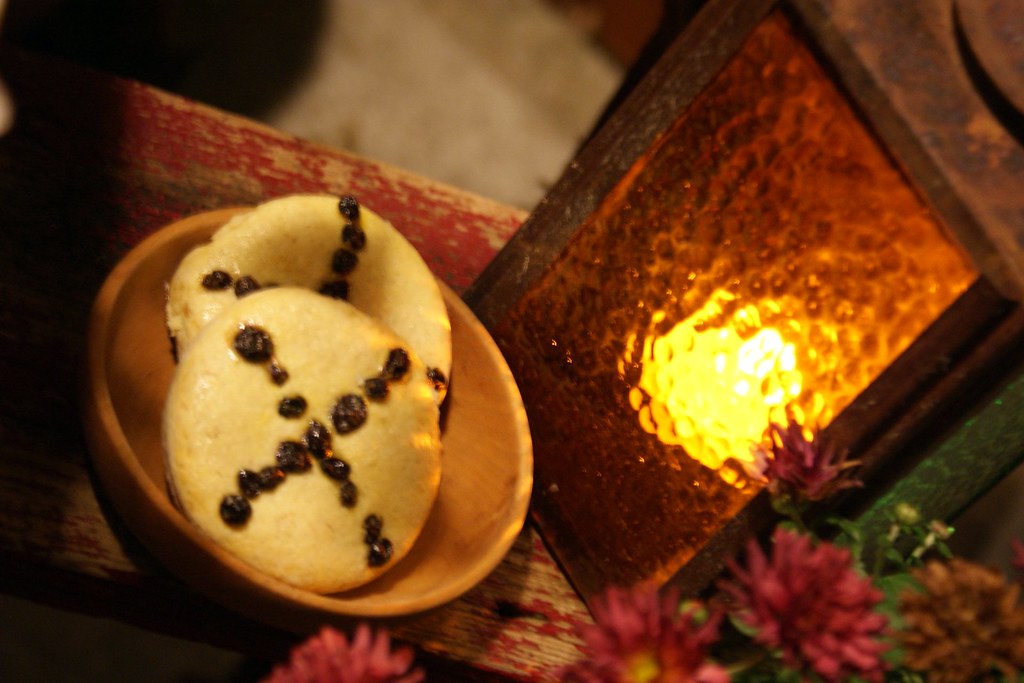 While, according to a traditional 19th-century song, these “soulers” wanted “an apple, a pear, a plum, or a cherry, any good thing to make us all merry,” they were most interested in soul cakes—small, round confections flavored by sweet spices and decorated with raisins or currants arranged in a cross design. Traditionally, these cakes would be blessed by priests and were distributed in honor of the dead. 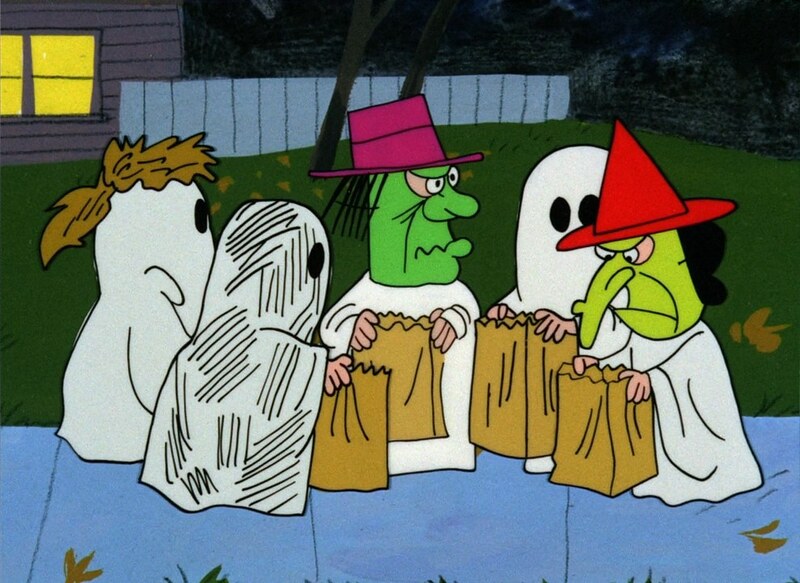 “It's the Great Pumpkin, Charlie Brown!”

In both of these trick-or-treat tales, those traveling door-to-door would don costumes intended to fool others into giving them food. This mischievous custom remains an important part of Halloween, with two types of characters proving consistently popular: ghosts and witches.

Represented by a white sheet with cut-out eyeholes, the homemade ghost is arguably the most iconic Halloween costume. While seemingly innocuous, this interpretation is rooted in a particularly morbid ritual: the burial of dead bodies.

Wooden coffins were once a luxury in the United Kingdom. Thus, in lieu of expensive caskets, the poor would often simply wrap and bury their loved ones in winding sheets—white shrouds that would eventually inspire the clichéd costume.

In addition to a ghostly get-up, dressing up as a witch is also popular among trick-or-treaters. Characterized by a pointy black hat and a not-so-pretty face, our modern image of a witch is actually based on “the Crone,” a Pagan goddess who was commemorated during Samhain. Though initially known for her wisdom and role in rebirth, this “mistress of the underworld” is now associated with broomsticks and black cats.

In turn, these symbols are respectively derived from the makeshift walking sticks and popular pets that accused “witches” were known for during the Dark Ages. 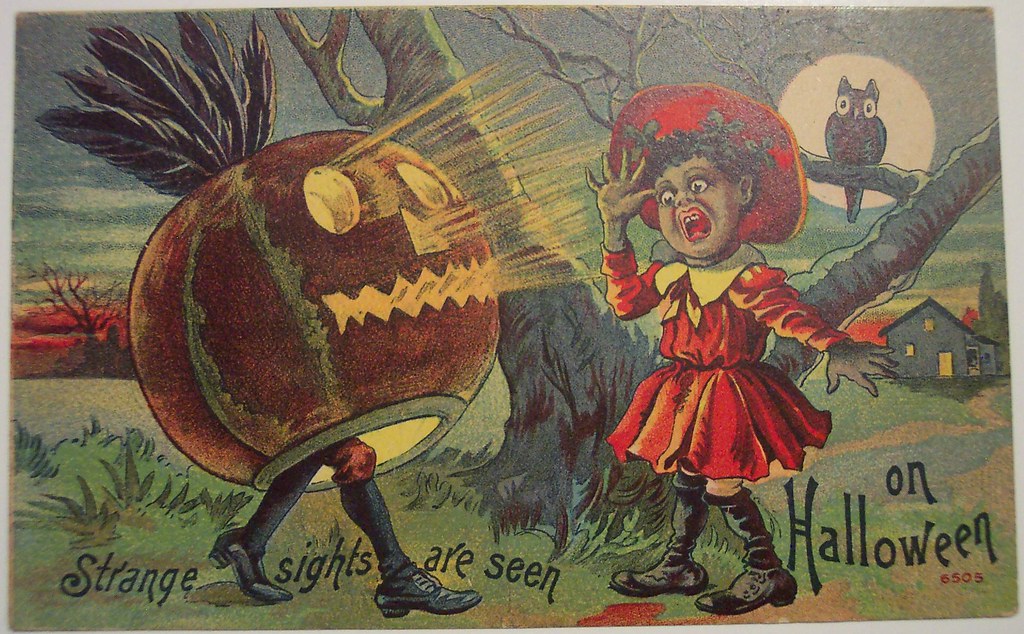 Much like kids in costumes, glowing jack-o'-lanterns have become a Halloween night staple. While, today, pumpkins are carved to create these luminous decorations, they originally were crafted from turnips.

Using the root vegetable as a lantern dates back to medieval Britain. As people went door-to-door asking for soul cakes and other treats, they carried hollowed-out turnips with candles placed inside. In addition to simply lighting their way as they moved from house to house, these lamps were also steeped in symbolism, as their covered candles represented souls stuck in purgatory.

Historians connect this concept to the will-o'-the-wisp, a folkloric trope. According to Irish legend, the will-o'-the-wisp is a ghostly light. In one tale, this light is made up of embers from hell and is placed inside of a hollowed-out turnip by a character named Jack. Jack, who was stuck in limbo, used this lamp to seek out a final resting place.

Inspired by this story, people in Ireland began carving jack-o'-lanterns to celebrate Halloween—a tradition that eventually made its way to North America, where pumpkins were more plentiful.

Lesser-Known Traditions of the Past 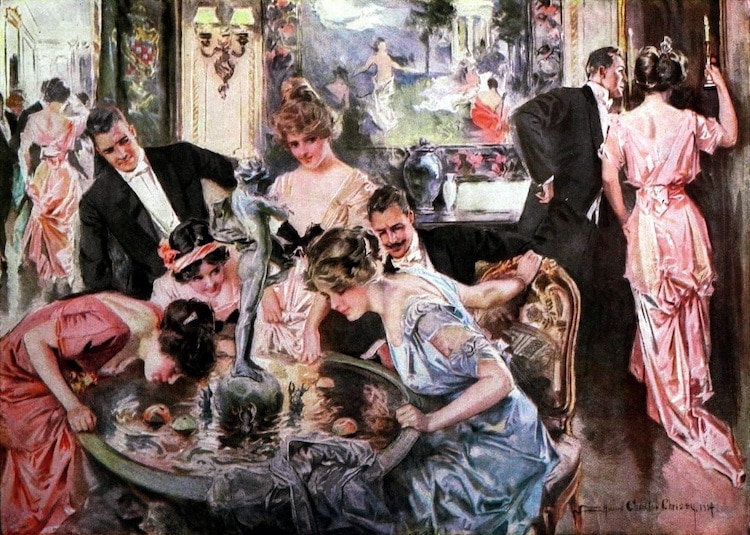 While Halloween has plenty of activities that have endured over time, there are some rituals that aren't practiced anymore. These traditions often focused on the future and the living rather than the dead.

You might see bobbing for apples at a Halloween party as a throwback to the past, but it's likely not practiced with the same intention of yesteryear—telling the future or solidifying the present. In one version of the game, women would discretely mark the apples before they were placed in water. Their potential suitors would try to grab them with only their teeth and identify who was to one day be married.

This is another apple-centric activity used to tell the future. In New England, a single young woman would try to peel an apple in one long, unbroken strip. She would then toss it over her shoulder and see what letter the peel formed on the floor. It was said to reveal the initial of her future husband.

Fortune tellers in Scotland had a ritual for a woman to predict her love life. She was instructed to gather hazelnuts and call each one with the name of a suitor. She then tossed the nuts in a fire; the hazelnuts that burned to ashes (instead of popping or simply exploding) would reveal her future husband.

Halloween Today Around the World 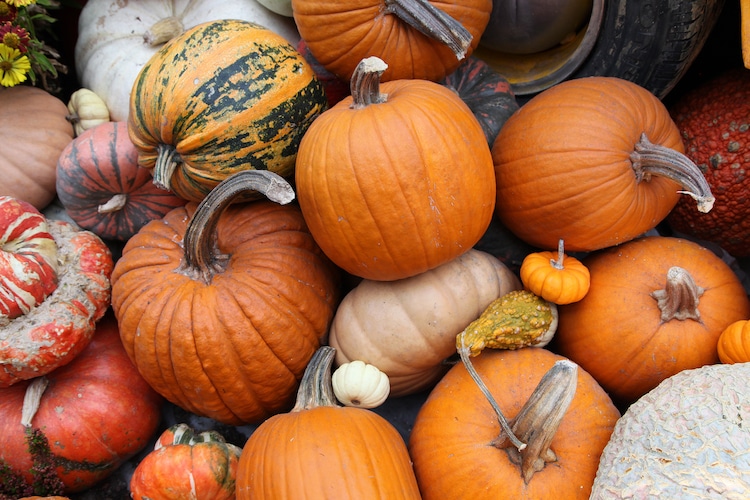 Today, Halloween is celebrated around the world—though in many different forms. Folkloric festivities vary from location to location, and most cultures have each put their own twist on traditions. The special day remains beloved by spook-loving adults and treat-seeking children alike.

In the United States, Halloween predominantly revolves around trick-or-treating in costume, watching scary films, and celebrating with friends at festive costume parties. It is a time for people of all ages to don silly (or sexy) costumes and celebrate the spooky season.

In Mexico and parts of Latin America, Día de Muertos (or Day of the Dead) is celebrated over the course of a few days. It includes ritual altars, surrounded by offerings. It is an annual celebration of the dead, paying respect to those who have passed. The days are filled with colorful decorations, as well as holiday-specific foods and drinks.

In Ireland, where the ancient roots of Samhain developed, children trick-or-treat in costumes and go on treasure hunts organized by adults. Bonfires are held as in the ancient days. There are also several traditional foods eaten on Halloween—Colcannon (a cabbage and potato dish) and barmbrack (a bun with sultanas and raisins). These tasty rolls carry hidden charms that predict the future. If you find a ring in your roll, expect happiness. A thimble, however, indicates you will never get married. You can find recipes for both Irish dishes on Irish Central.

In Germany, Halloween is quite new—Germans only began regularly celebrating in the 1990s as a result of commercialization and Americanization. Halloween also falls less than two weeks before St. Martin's Day, on which German children wander, singing for candy. As a result, Halloween is more a fun adult activity for parties and clubs than a children's holiday.

In the Philippines, there is a folk tradition called Pangangaluwa that is observed on October 31. Annually, children go door to door (often in costumes), singing for gifts. The children pretend to be lost souls in purgatory, going from house to house looking for gifts to take back to the world of the dead. It is more commonly practiced in rural areas, though there's been a recent resurgence in the town of Sariaya, where the tradition has been more Westernized with your typical trick-or-treating activities.

How will you be celebrating Halloween this year?

30 Spook-tacular Gifts to Get Your Spirit Ready for Halloween

50+ Artistic Halloween Makeup Ideas to Inspire Your Next Spooky Look