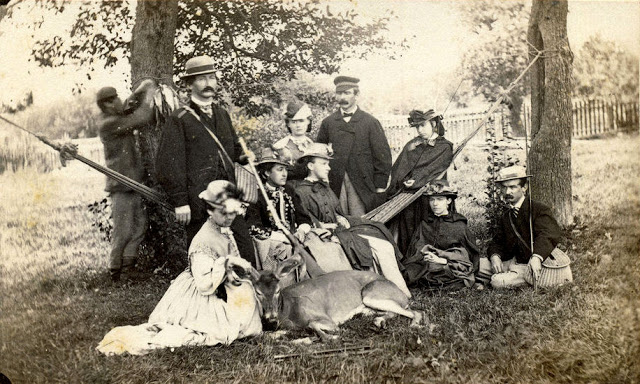 The 1860s in the United States was a time of turmoil and change. The first half of the decade was dominated by the American Civil War, with the later half seeing the country pull itself out from the damage during the Reconstruction. It was also an era of migration, with Lincoln's 1862 Homestead Act encouraging people to move West with the promise of 160 acres of free land.

These rare photographs of daily life in 19th-century America depict not only the New England and New York areas, but also the adventures of those who moved West to Tennessee, Iowa, and Minnesota. Far from the urban slums depicted by Jacob Riis or the Civil War photos of Mathew Brady, these images from the 1860s by unknown photographers show a different side of American life.

In between glimpses of rural America, we see the subtle impact of the Industrial Revolution.  Men pose proudly next to a steam fire engine in Georgia, yet horsepower abounds in most images. Early factories in Massachusetts and Minnesota pair well with shops selling dry goods and clothing. But we also see leisure activity, with groups picnicking in New York or simply lounging in the great outdoors. Collectively, these precious early photographs give us a well-rounded glimpse of American life in the 19th century.

These rare photos from the 1860s show us daily life in America during the 19th century. 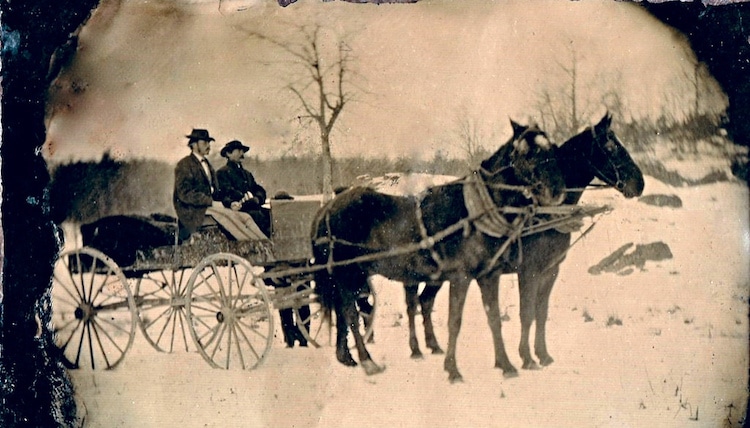 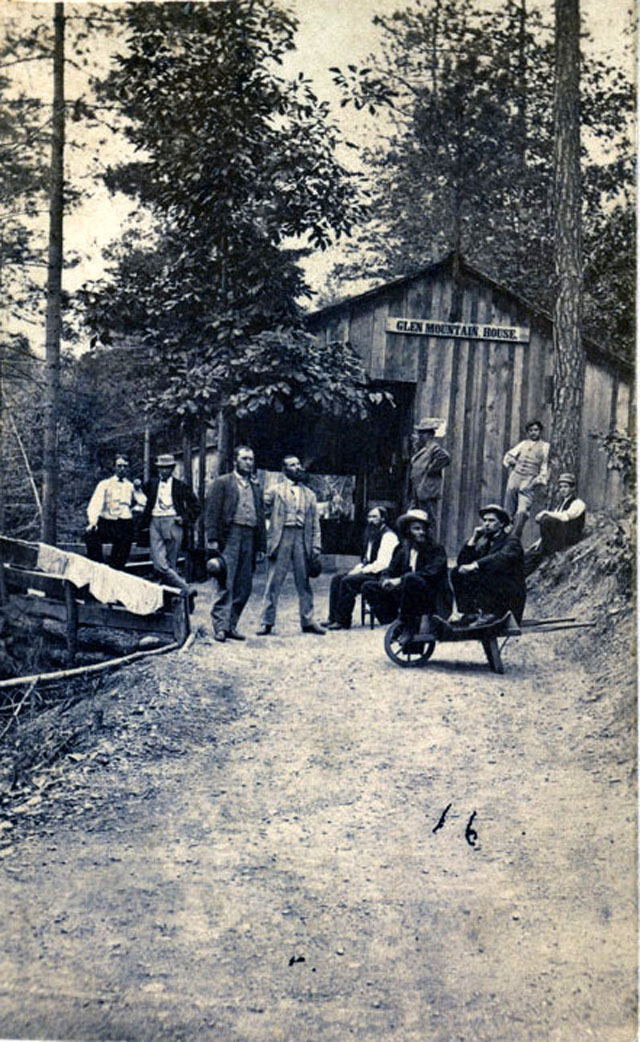 A crowd of folks gather around the Glen Mountain House in Watkins Glen, New York 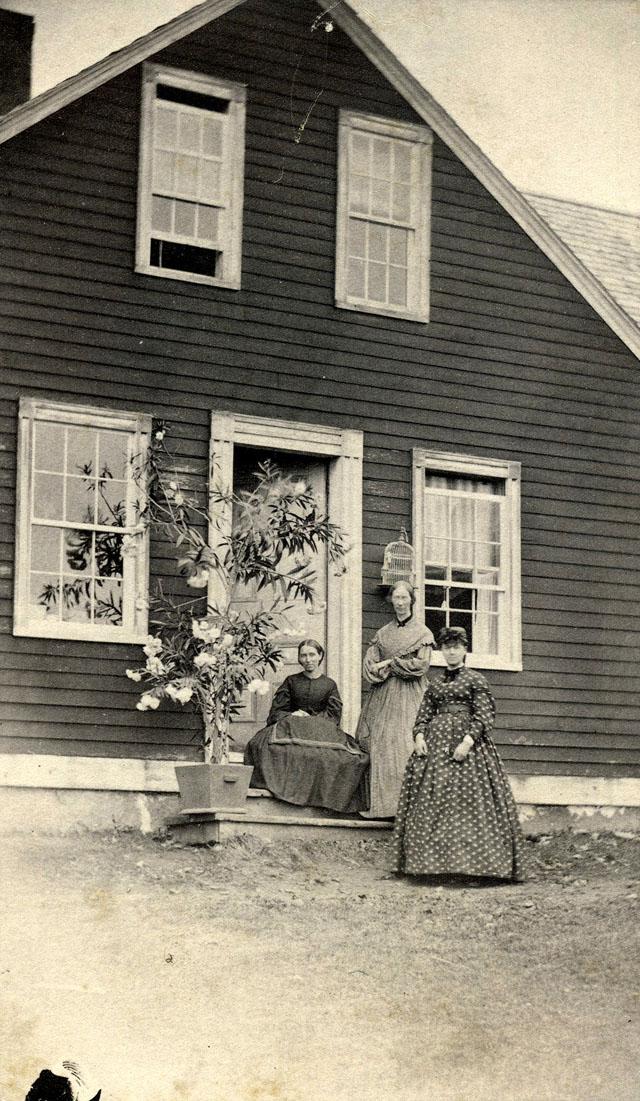 Women in front of their house, Barton, Vermont 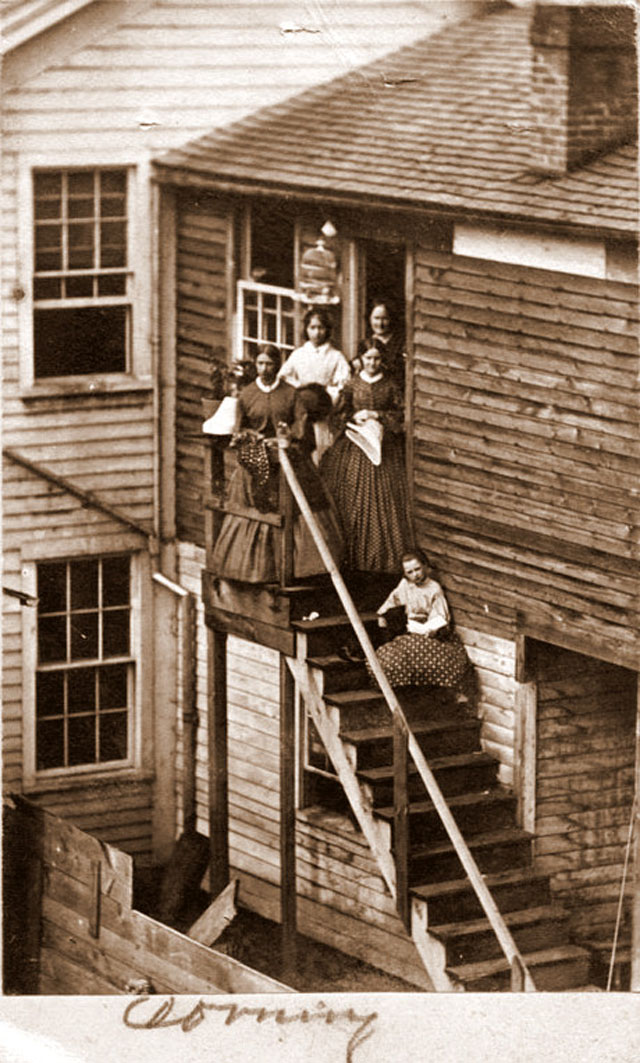 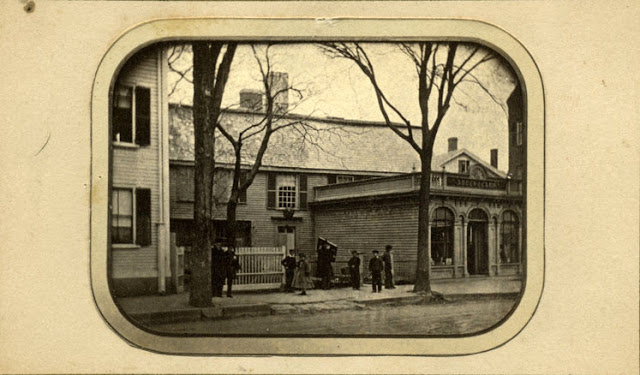 Men and children stand on a brick sidewalk adjacent to an apothecary, Salem, Massachusetts 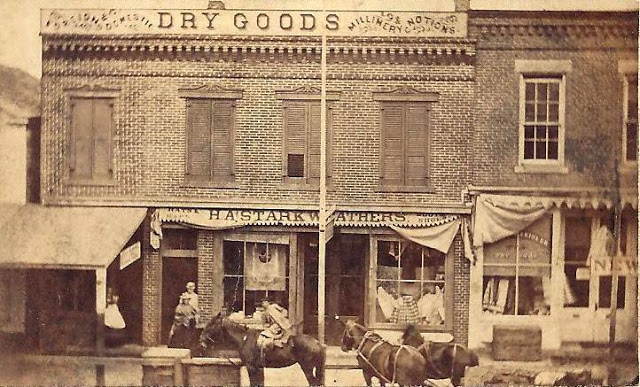 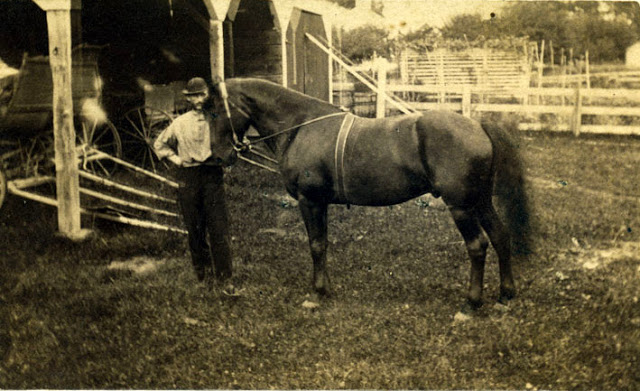 Man and horse at barn in Springfield, Massachusetts 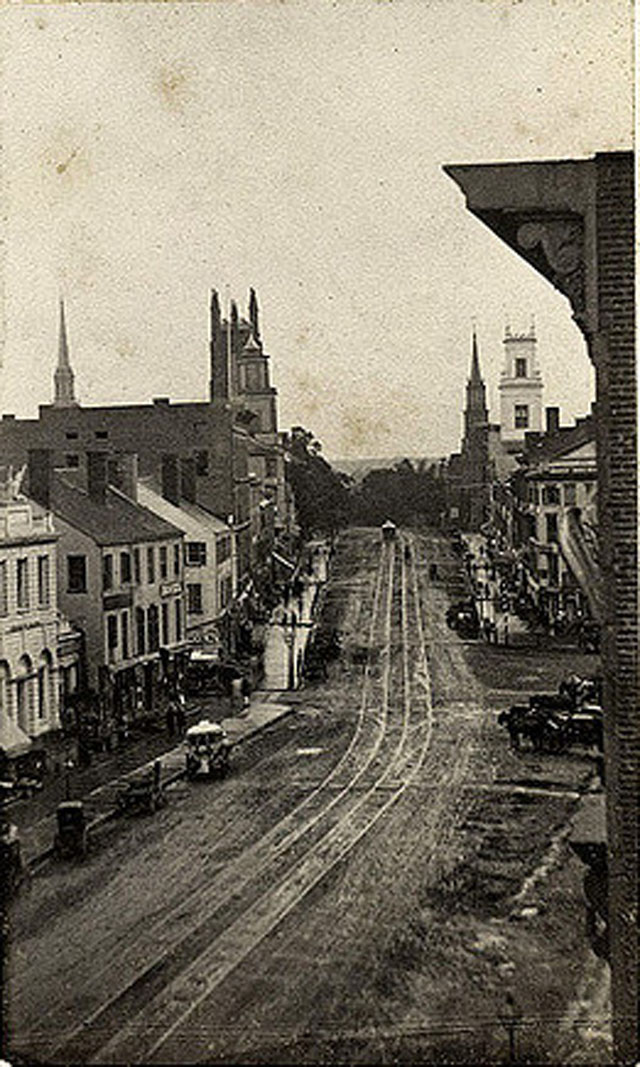 Downtown after a rainstorm, Hartford, Connecticut 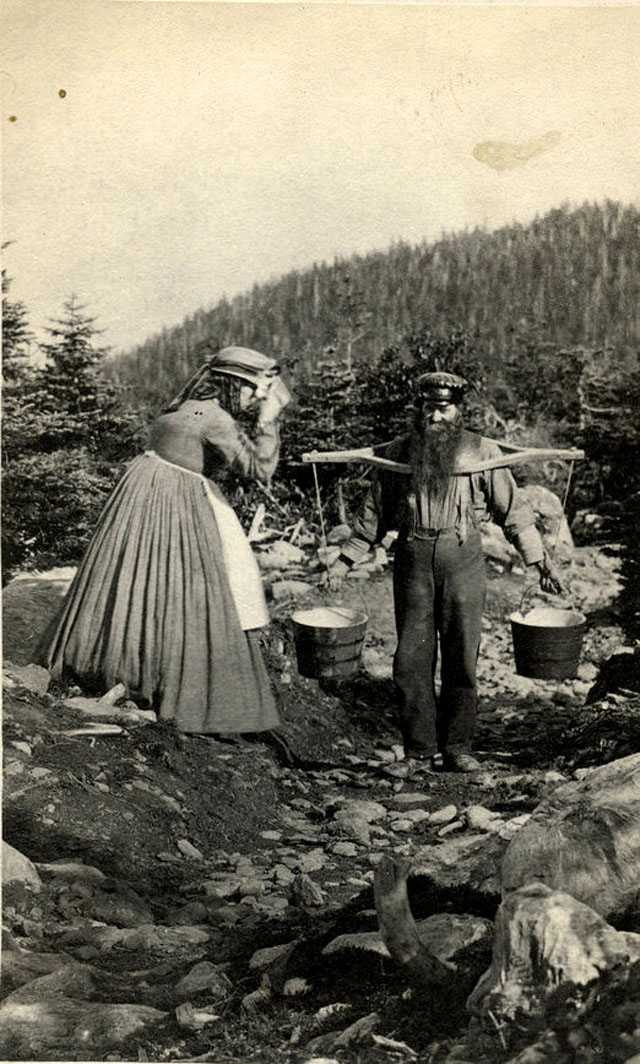 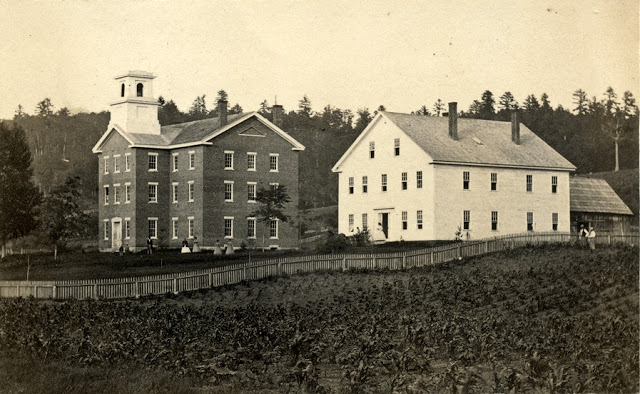 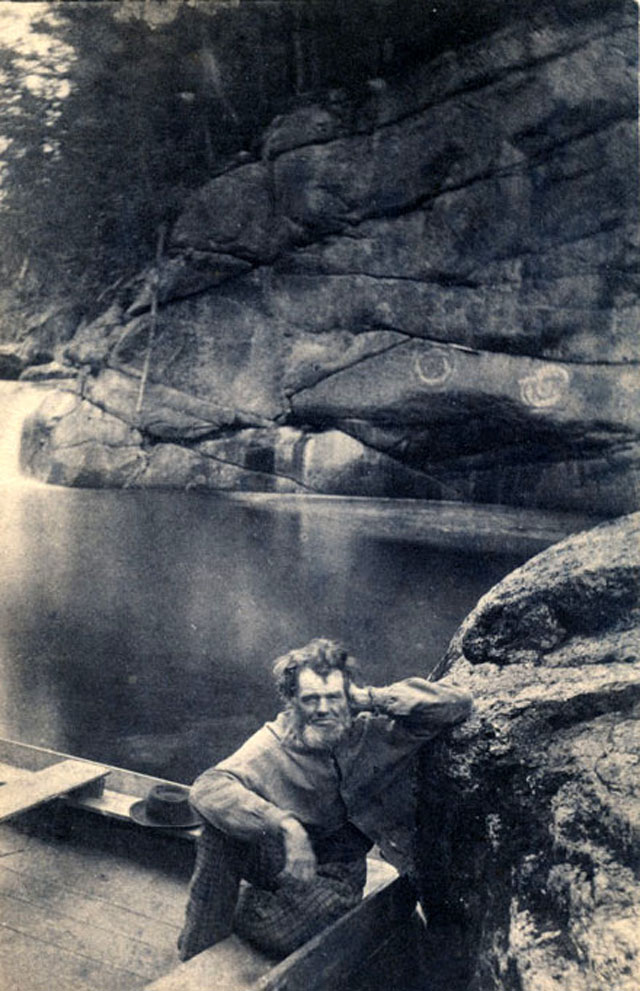 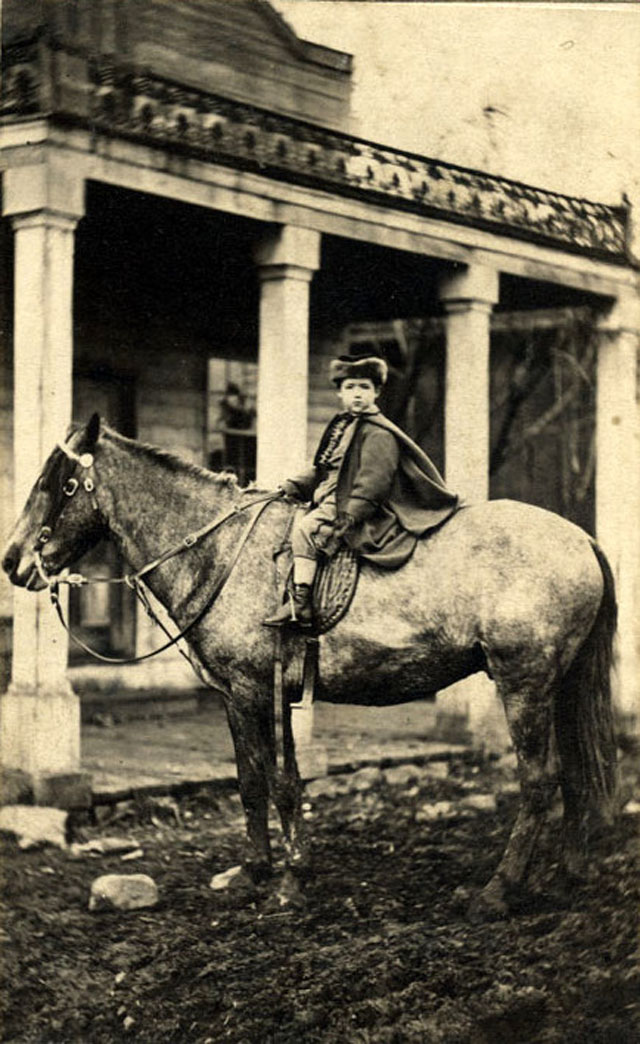 A child dressed in ruffled shirt, cape and fur hat sits on a horse in the front yard of a home adorned with four stately columns, Latrobe, Pennsylvania