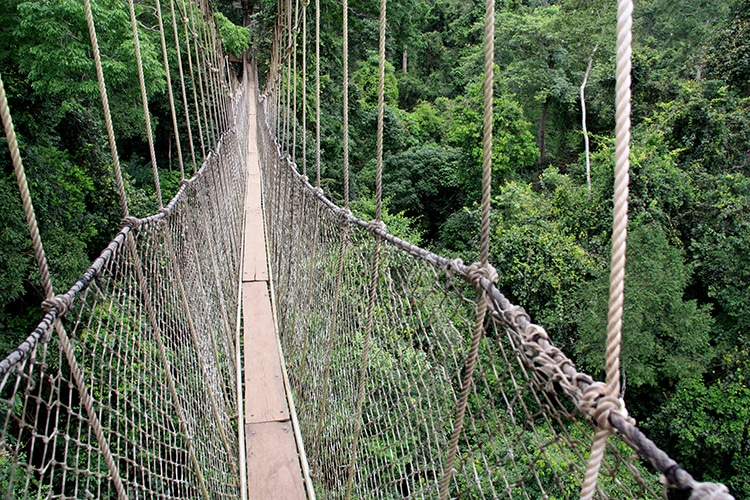 Trees are life-sustaining. Deforestation endangers our planet, while reforestation can help repair eco systems and combat carbon dioxide emissions. The country of Ghana is taking big strides to combat the deforestation which—as in other areas of the world—has greatly reduced the forested areas of the country over the past century. June 11, 2021 was celebrated as the first Green Ghana Day—a new annual holiday on which the government provides millions of seeds for citizens to plant trees.

Green Ghana Day grew out of the need to combat deforestation. The nation's forests have shrunk from 8.2 million in 1900 to 1.6 million hectares today. Reforestation has lagged behind illegal clearing and general loss of trees. Green Ghana Day is the start of a new reforestation effort which will be repeated every year in an effort to maintain community involvement in cultivating the newly planted seedlings. Kicking off the day, Ghanaian President Nana Akufo-Addo announced, “We don't have tomorrow or the day after tomorrow to do this. We have to act now.”

The government's Forestry Commission sent out six million tree seedlings to selected schools, residences, and other strategic areas. The goal was for at least five million of these baby trees to be planted. As of noon on June 11, 2.7 million had already been planted. The Forestry Commission encouraged citizens to photograph and share on social media the newly planted seedlings to raise awareness and pride in the project. Important figures such as President Akufo-Addo (and even the U.S. Ambassador to Ghana Stephanie S. Sullivan) planted trees.

The collective nature of the day is important. “So the Green Ghana Project is national in character and aimed at awakening national consciousness for everyone to plant a tree at his/her backyards, open spaces, school compounds, 100 meters from a road, among other places, and should be a collective efforts by all,” said Mr Samuel Abu Jinapor, the sector minister. The day is part of a larger Green Ghana Project aimed at combatting climate change. The Ghanian government hopes to increase the number of trees planted each year to reach 100 million in 2024. The trees will be monitored for progress as Ghana continues to revitalize its forests.

Ghana's government gave its citizens seeds to plant for Green Ghana Day, in an effort to combat deforestation and its negative impact on the environment.

U.S. Ambassador to Ghana Stephanie S. Sullivan commemorated #GreenGhanaDay by planting a Lignum Vitae tree on the U.S. Embassy grounds. The chosen tree is commonly referred to as the “tree of life” due to its traditional medicinal use. #LetsGoPlanting pic.twitter.com/cjcvttWpFT