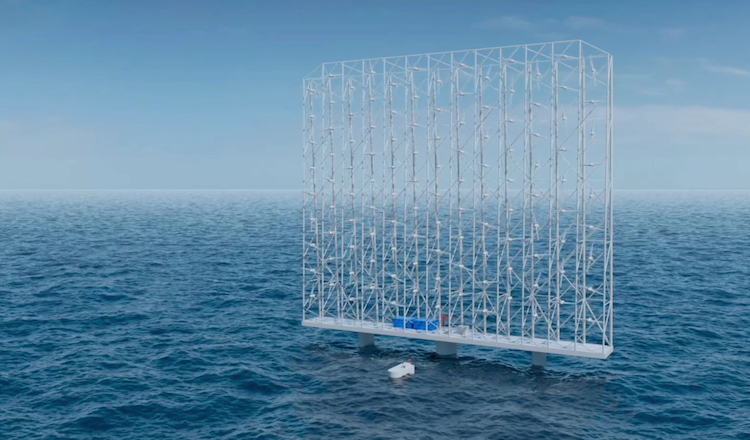 As the world continues to look for clean energy sources, Norway's Wind Catching Systems has released a new concept that changes the way we think about wind farms. Their floating power grid is composed of more than 100 small, multi-rotor turbines that they claim would produce enough energy to power 80,000 European homes. It's an impressive claim from the company, which was founded in 2017.

The renderings show the mammoth grids, which stand at more than 1,000 feet tall, sitting atop platforms that are anchored to the ocean floor. By taking advantage of the technology used by the oil and gas industries, the platforms are secure and have minimal impact on the environment. Just five grids can produce more energy than 25 traditional wind turbines.

A common complaint about wind farms is the space they take up, but Wind Catching Systems' grid scales thins down with its compact design. The small size of the individual turbines makes installation and maintenance easy, with no specialty vessels or cranes necessary. With an estimated shelf life of 50 years, they are also designed to be scalable.

One advantage of the technology is the speed of the multi-rotor system. Wind Catching Systems states that traditional wind turbines limit energy output in high winds as they begin to pitch their blades to protect them from damage. The power grid's small turbines actually perform better in high winds and generate 2.5 times more annual energy per swept area than traditional turbines.

Wind Catching Systems says that it can deliver the system at grid-parity, meaning that it would match or beat the price of grid energy. While offshore wind power is typically more expensive than land-based wind farms or solar energy, the company is hoping to bring costs down even further as they scale up production.

While they haven't yet released any information on upcoming live installations, the new technology is certainly generating excitement. Now, all eyes will be on Wind Catching Systems to see how and when they will deliver on their promises. 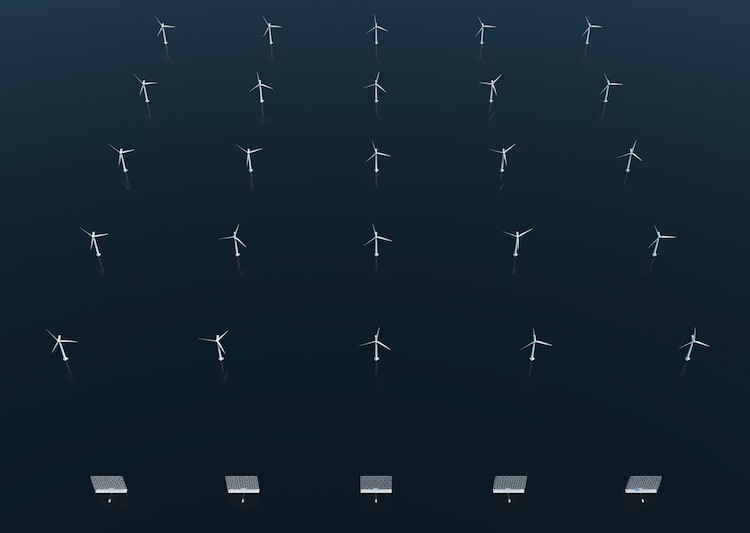 The 1,000-foot-tall grids stand on a platform anchored to the ocean floor. 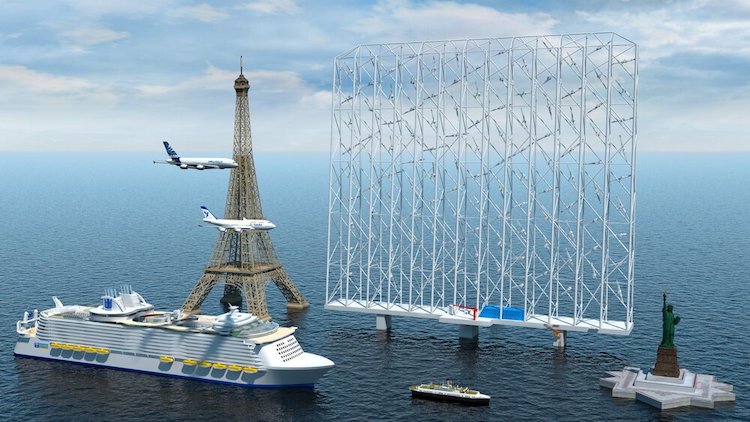 All images via Wind Catching Systems.