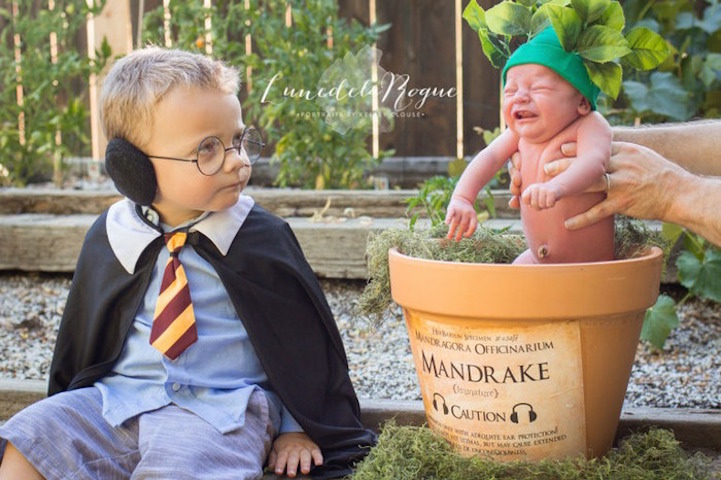 Not only does this family photo perfectly capture the face of a former only child's displeasure with a new sibling, it also signifies parents Katherine and Jesse Oldfield's creative obsession with Harry Potter. Having staged a previous photo shoot for their first son as “the boy who lived”—an epic graveyard scene, complete with bespectacled baby Sebastian in an open travel trunk with a broomstick and a stack of all seven books neatly propped beside him—the Oldfields were faced with a new challenge when their second son, Theodore, was born. How were they going to top their last newborn photo?

They enlisted the help of portrait photographer, Kelsey Clouse of Lune de la Rogue Photography, and put on their wizarding thinking caps. It was Kelsey who remembered the scene in Harry Potter and the Chamber of Secrets when Harry, Ron, and Hermione must tend to the screaming mandrake plants in Herbology class. In order for her baby to transform into his full potential of mandrake, Katherine told Buzzfeed,”I knew it was key that Theodore be crying for the shot. Luckily, babies tend to do that.”

The result was a playful snapshot of a young wizard in the world and his baby brother, both ready to grow like the mandrake itself—a truly magical moment. 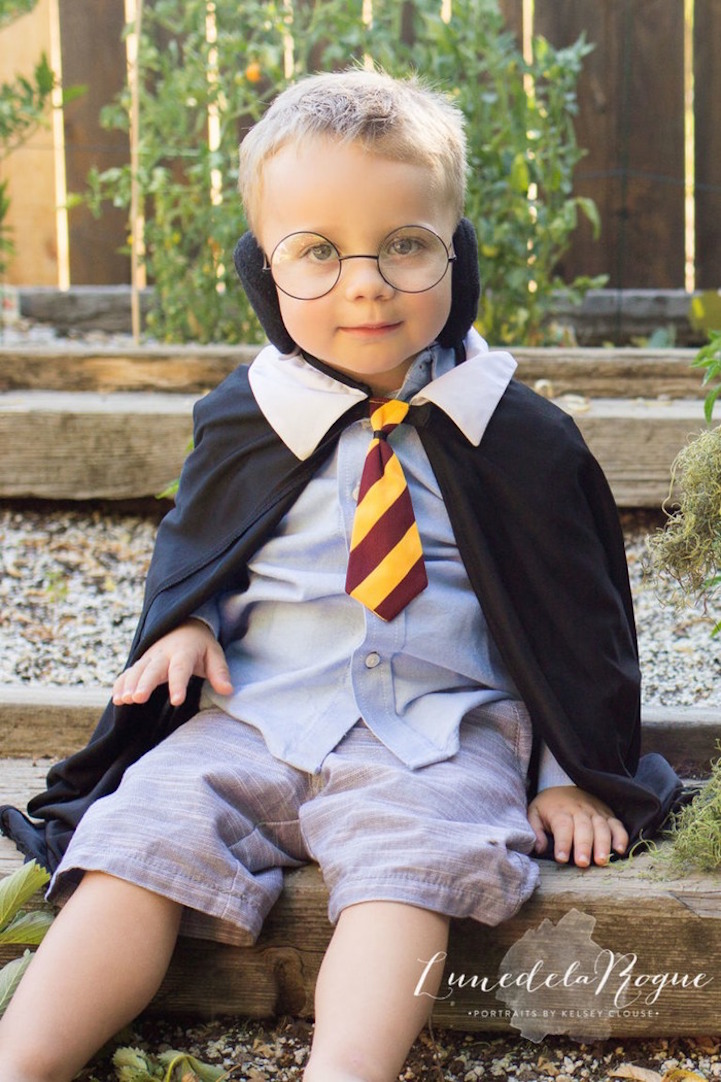 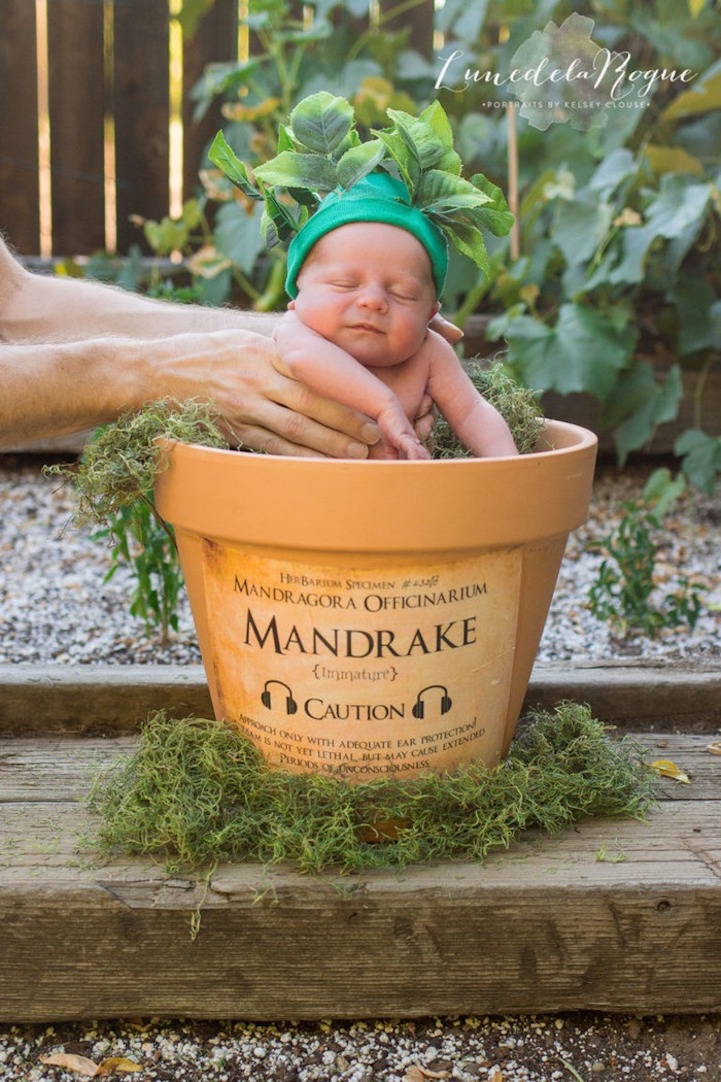