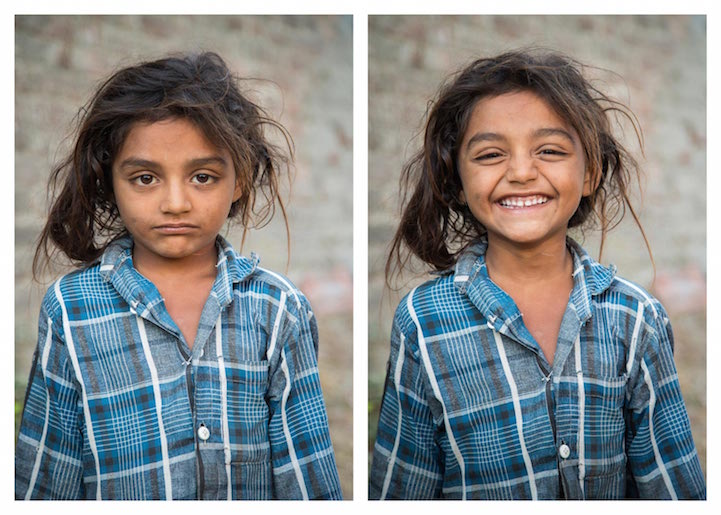 Photographer Jay Weinstein’s minimalist project, known as …so I asked them to smile, explores and documents the beautiful and transformative effect of the human smile. The project first began in December 2013 when Weinstein took a trip to Rajasthan, India and saw a man he wanted to photograph near a busy train station. “The look in his eye and his stony, stern look intimidated me… I ended up avoiding him and photographing other subjects until I heard his jovial voice, ‘Take my picture too!’ ‘Smile,’ I called out. And he was transformed. His face radiated warmth, his eyes sparkled with a humor I had completely missed. Even his posture softened. I knew then what my next project would be. Weinstein’s collection captures all ages, genders, and ethnicities, and each photo comes with a location and short description of the scenario in which the photo was taken.

Weinstein has dabbled in various professions, including studying Sports Coaching in Australia, acting in Los Angeles and Mumbai, as well as working in film production. The seemingly disconnected career threads provided skills and insights into several industries, and have culminated into his current job in advertising and photography, with a focus on travel. Even though he has lived and worked all around the world, Weinstein feels specific ties to India. Having grown up there, he began the project in the south Asian nation.

Weinstein is a Mumbai-based, Hindi-speaking photographer of Australian-American-Ukrainian-English heritage. Aside from …so I asked them to smile he also films landscapes and destinations. You can view his entire portfolio on his website. In the meantime, we were extremely grateful to have the opportunity to ask the photographer some questions about this project. Scroll down to read our exclusive interview. 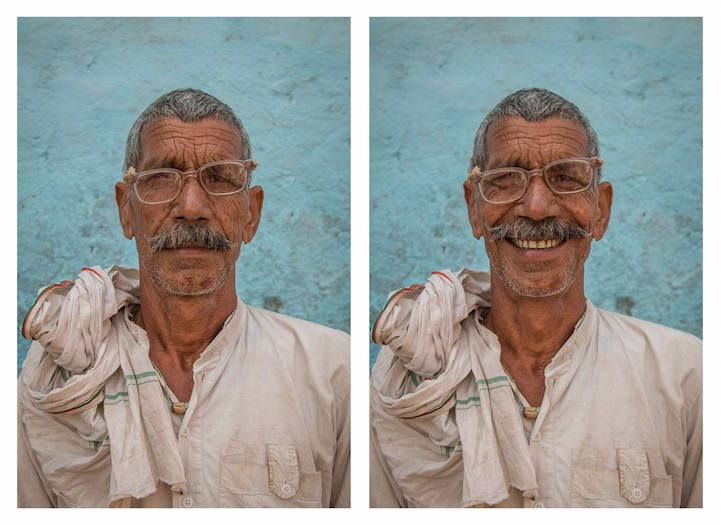 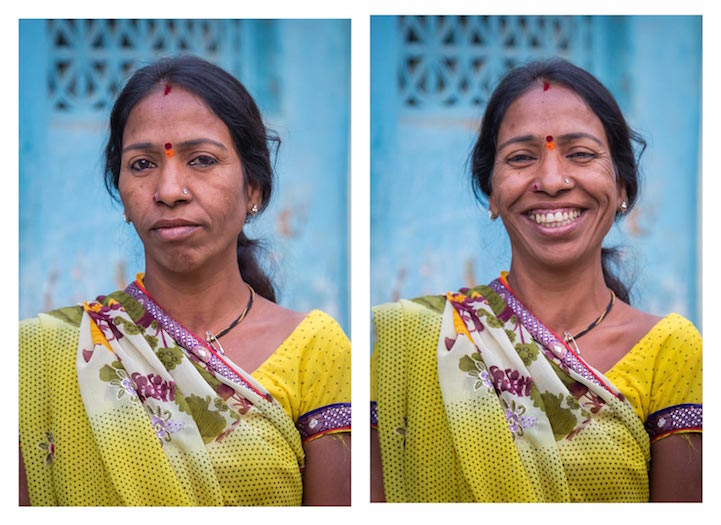 What led you to begin your career as a photographer?

My interest in photography began on a journey to the Himalayas with my dad when I was 15. I learnt that my dad was right, yet again, when he told a trigger-happy me, that the mountain images would all look the same without greater context. I was shooting slides, which made for a very boring slideshow for mum! 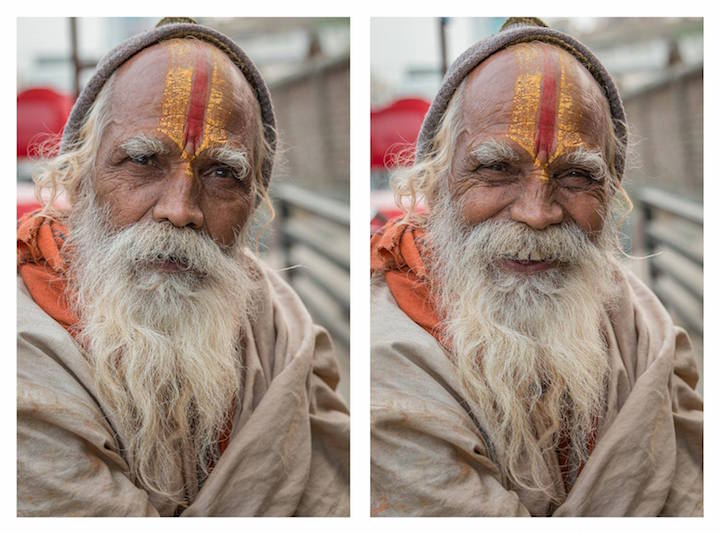 What do you hope to reveal through the images in … so I asked them to smile?

I hope that I reveal more about the viewers than the subjects. So I asked them to smile works on many levels, but what I am ultimately seeking to do is get viewers to reflect on their own instincts, perceptions and attitudes. That is what the purpose of art is: to see the world differently. I also strive to create images that are authentic, positive, and dignified. The last thing I would want is for my subjects to regret smiling for the stranger with the camera.

I try to capture something beautiful inside of them and also leave them with an experience that feels empowering. So I get them involved. I show them the images after, see if they like them, and talk to them about the project. I probably do not always succeed, and I know I am probably upsetting someone, somewhere, so I just sincerely do my best. 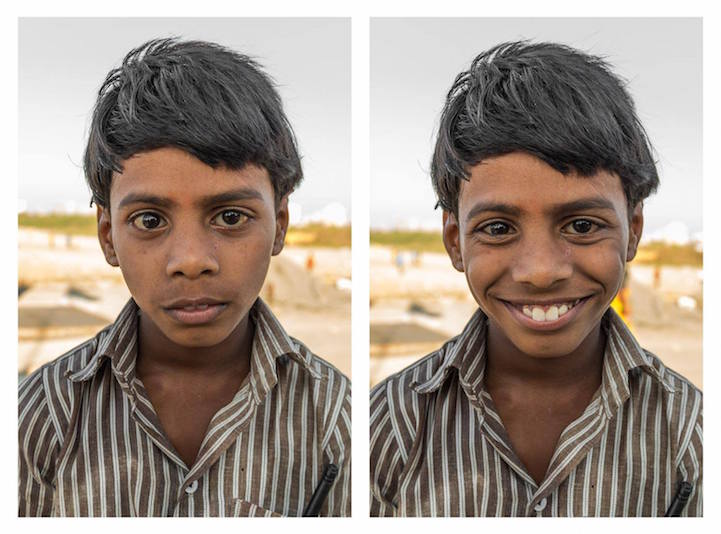 Are there any messages you hope to convey through your photography?

I actually am avoiding messages and stories with this project. Thus, it is minimal. It seeks to recreate the experience of meeting a stranger, before the point when you know a name, age, religion, political view and their inspirations.

So I would love for people to spend some time with each pair of images and use them as a mirror into their own personal thoughts, assumptions, and fears. This project seeks to aid that inner journey. We are also excited to hear about it on our Facebook page. 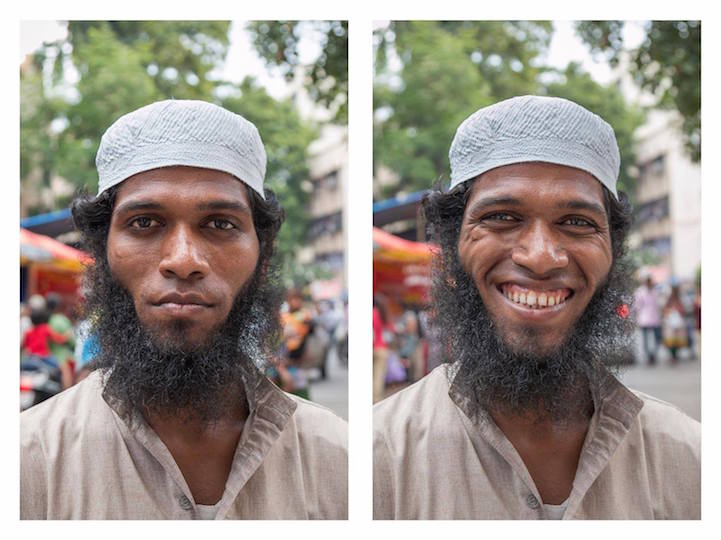 How do you decide who to photograph for this series, and what is the process of working with the selected subjects?

So far it has been very spontaneous. There has been no conscious effort to document a specific cultural, socio economic or religious people. In the country I call home, India, for example, I am very aware that the images are not at all representative of the vast diversity of the country. I am kind of making images in the places that I am inspired to visit. I guess …so I asked them to smile is a little bit of a hostage to the illogical journey of my own inspirations and fears.

I try to walk around the places I am visiting, interact with people as much as possible, and see what happens. Some days I cannot bring myself to approach anyone, which is one of the hurdles of being an introvert. So each image is the result of several events occurring at once; a face or person that inspires me, the strength to surmount my own fear, and the kindness of the people willing to be photographed. I try never to forget that. 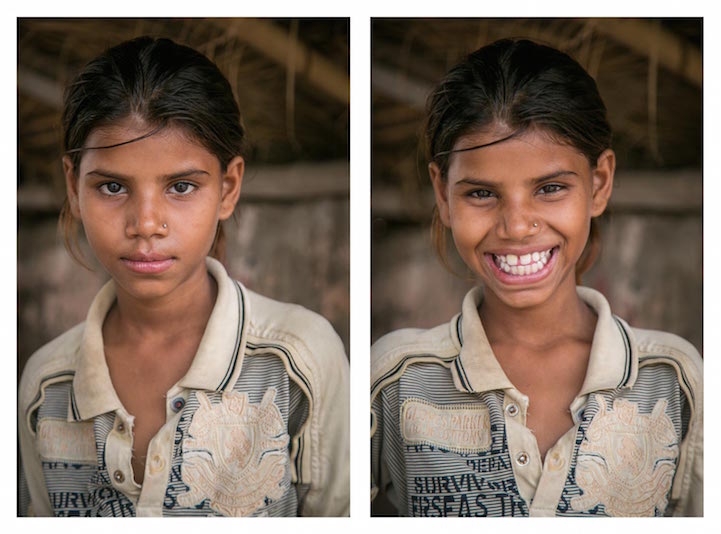 Do you have plans to extend the theme of this series to other countries and locations?

It has already begun posting from some of the other places I travelled to recently like Australia and Nepal. The plan is to expand and cover as many countries in the world as my time and money will afford.

Ultimately this project transcends language and culture and thus is perfect for any country and I am excited to see where it grows. 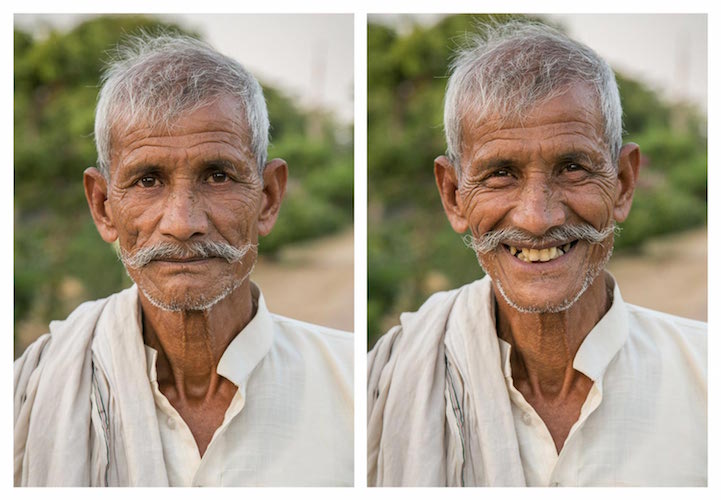 I am actively traveling and photographing. Though I am currently in Australia, I am planning to head towards the mountains of India on my return. I have a couple of beginner-intermediary North-Indian photography tours that I will facilitate. One is coming up in November 2016 and then February 2017. All are with the lovely people at Touch of Spirit Tours.

I am also developing intimate and customizable India adventures. Trips will be flexible, lots of walking and mingling with people and the culture. I seek the sweet spot between planned and unplanned, where the magic lives. India is great like that. This project will take a little longer to set up but I am very excited!

I also work closely with The Sacred India Gallery in Perth, Australia. They commission me to document sacred towns in India as well as present my images to their members. 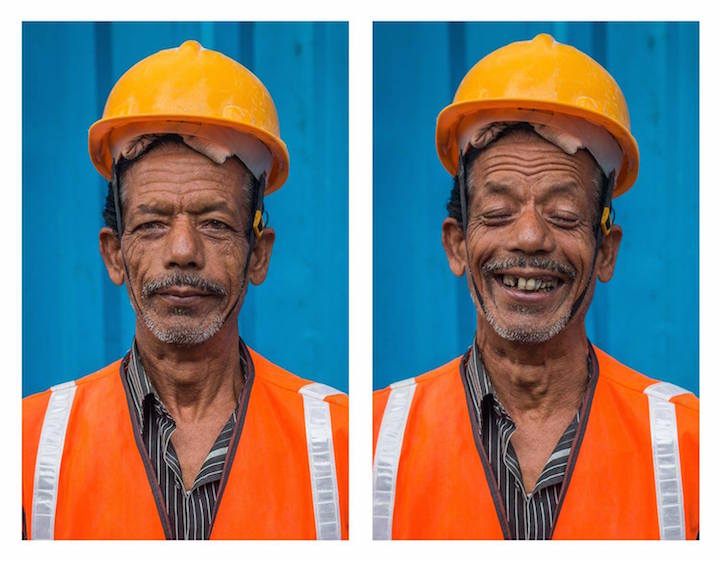 My Modern Met granted permission to use photos by Jay Weinstein.