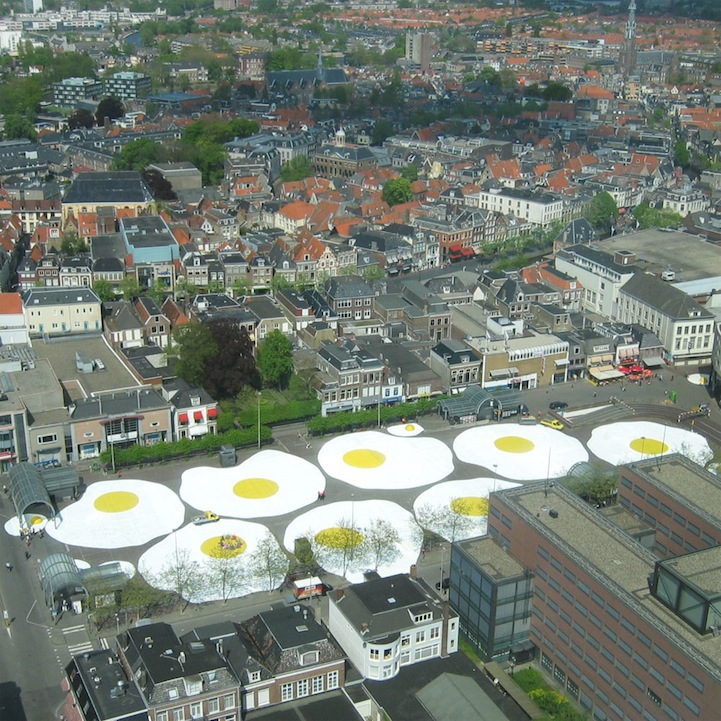 To be effective, art doesn't always have to send a serious message. Sometimes the silliest projects can have a huge effect, especially when it puts a smile on your face. With “Art Eggcident,” Dutch artist Henk Hofstra demonstrates what it would look like if God threw giant eggs down at us. The eight large, sunny side up eggs measure almost 100 feet wide in diameter. The installation took place in Leeuwarden, a city in the north of the Netherlands. “I hope it becomes a meeting place with room for art,” says Henk. “Art that is different than a framed picture on the wall or a boring bronze sculpture. Art that shows us a different look, surprises us, or makes us angry or happy. Art that allows photographers to grab their cameras and arouses journalists. Art that evokes emotion, or provokes wild laughter.” I caught up with Henk to ask him a few questions. Read that short Q&A below. 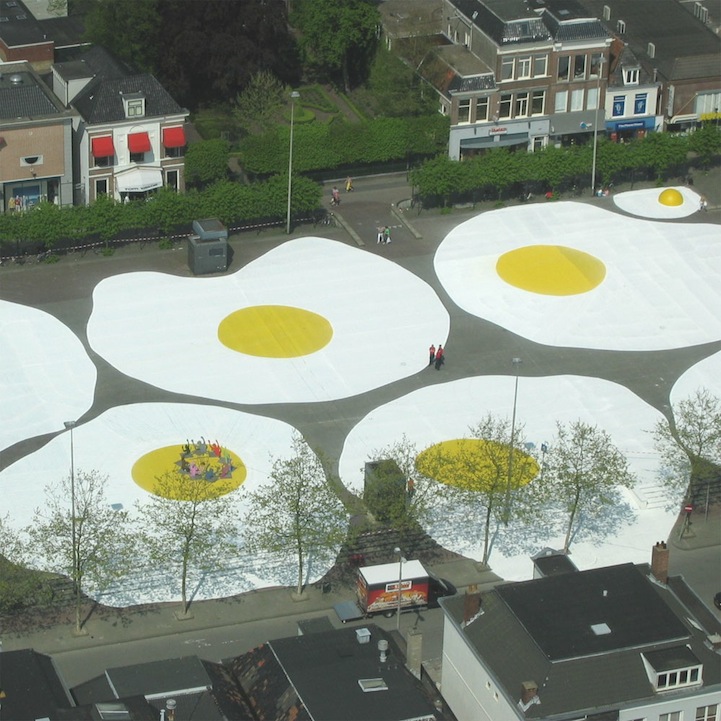 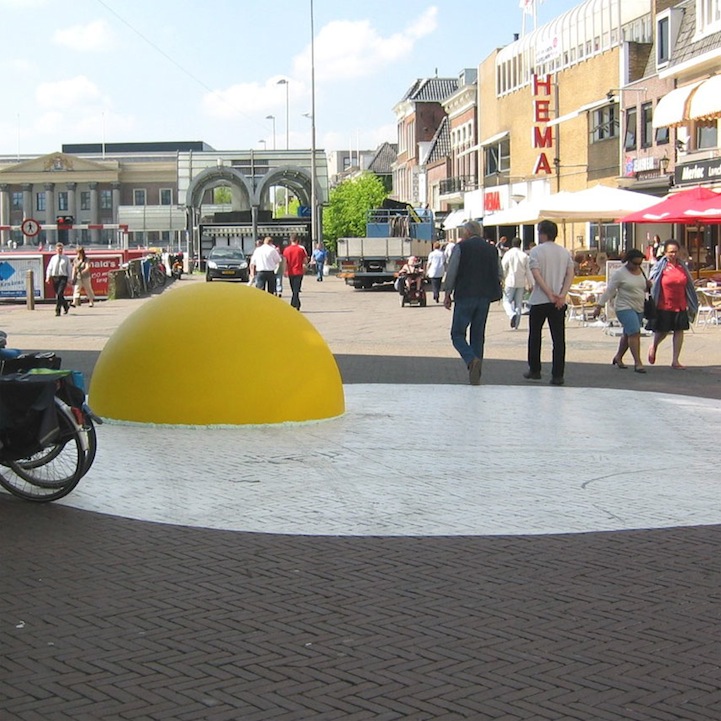 What was your inspiration for the “Art Eggcident” project? There's a Dutch expression: “To lay down the first egg, you have to start with the first egg.” In the city of Leeuwarden people talked a lot about what to do with Zaailand. It's one of the biggest city squares in Holland. There were a lot of plans for it, but nobody started. That's why I started with the first egg (and several more) and made them huge. What kind of reactions did you get from people? I had a lot of reactions. Off course, the reactions were not always the same. Some people liked it very much, some people didn't. When it was ready for a couple of hours 80 % was negative, just a few weeks later 80 % was positive. The surrounding shops were very positive because it attracted a lot of tourists and they sold more than otherwise. After my first big outdoor art project, the Blue Road, the same happened and there were articles in the media about the “Blue Shopping Wave.” How long did it take to put up? Two days to make it. Exclusive design, meetings with companies who were involved, and meetings with local authorities took several hours per day, spread over four months. Thanks for the interview, Henk! Henk Hofstra