The Mysterious Man Writing On Water 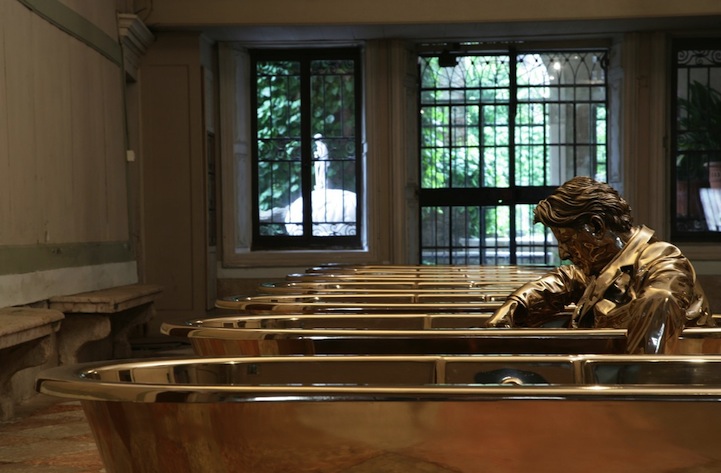 The Man Writing On Water is a sculptural installation by Belgium-based artist Jan Fabre that leaves much to be defined by its audience. The display features seven siliconed bronze sculptures of seemingly golden bathtubs, one of which has an equally metallic man seated in it with his index finger having just grazed the surface of the water that he is waist-deep in. There is exponential symbolism in the work that can be interpreted in a variety of ways.

Being that there are specifically seven tubs neatly aligned, one can infer that they represent the days in a week. Additionally, the piece is part of Fabre's Anthropology of a Planet exhibition which touches on several topics related to human nature and religion, including recurring themes of birth and death. One could take into account the fact that this bronze man is extending his finger like that of God in The Creation of Adam. He's also in the sixth tub, representing the sixth day, the day the bible says that God created man.

While all of these interpretations seem viable, one must also take perspective into account. From one angle the man is sitting in the sixth tub, but looking at the installation from the opposite side, he is seated in the second basin. Each viewpoint can result in a different understanding of the piece. Ultimately, the work proves to be one that invokes thought. 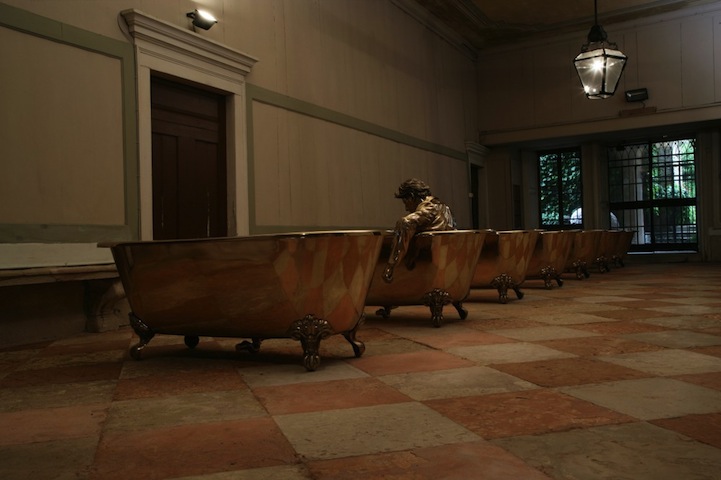 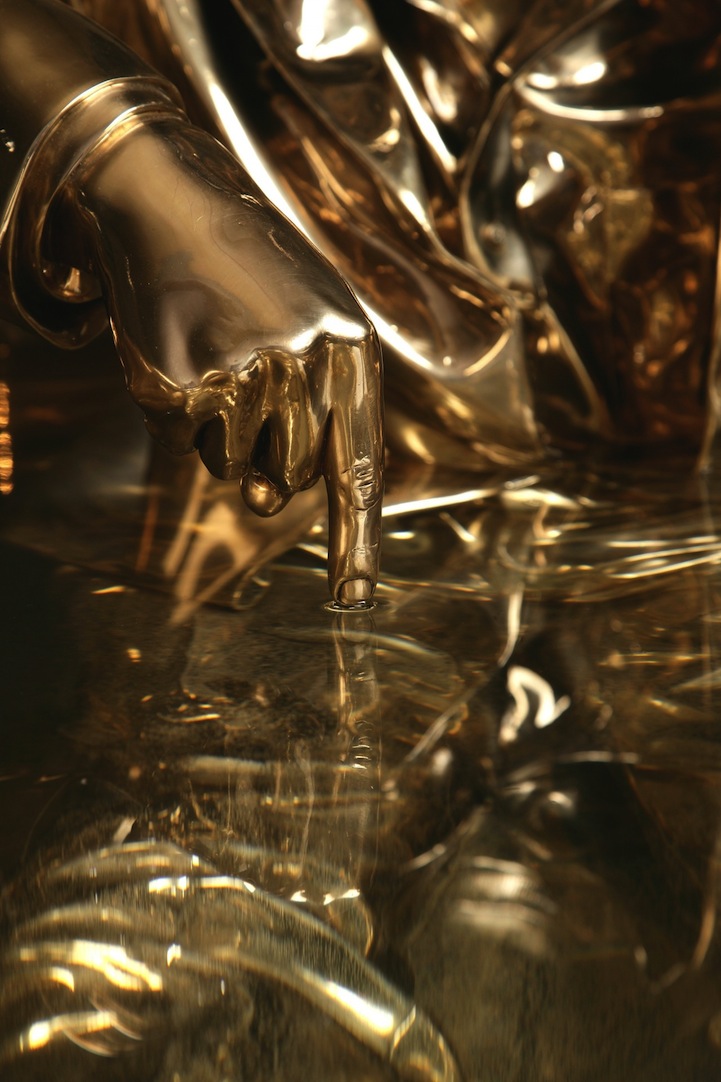