Photographer Swims Out to Sea to Capture Spectacular Storm Shot 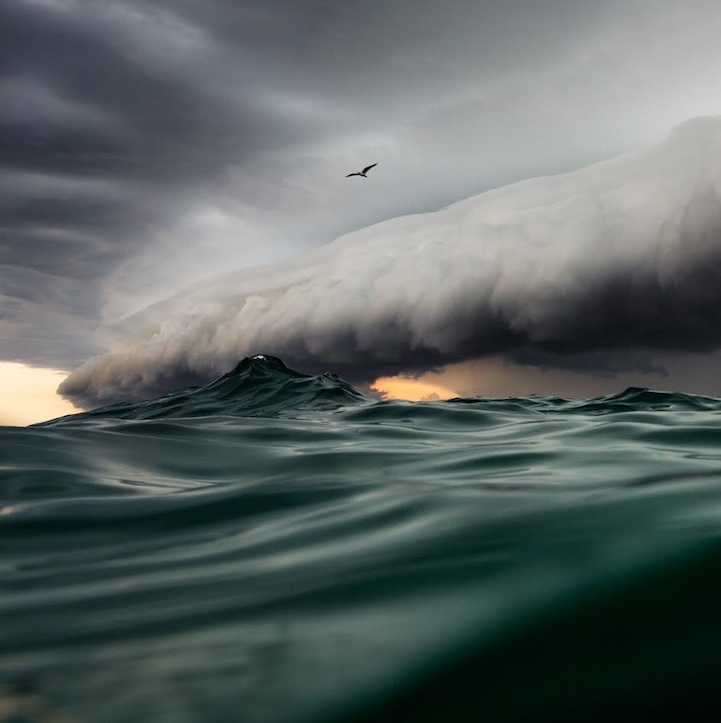 A beautiful blanket of clouds rolls over a velvet green ocean. Could this photo be real? In fact, it is, and it was taken by photographer Jem Cresswell, who swam out to sea to capture this spectacular shot.

“Every summer there are some amazing storm fronts that sweep across Sydney, and this was by far the best this year,” Jem tells us. “A close friend who lives further down the coast called, telling me a strong front was moving up towards Sydney. I had just got home from a studio shoot and quickly set up my camera in my water housing. I could see through the window of my apartment the storm was nearly here. I ran down to the local Bronte Beach and swam about 200 meters out to sea, so I could see past the cliffs of the small bay, to witness the storm roaring up the coast.

“The front was surreal and intense lit by the afternoon light. I had a zoom lens in my water housing so I could play with the composition of the storm, shooting some wider angle images, as well as focusing on smaller elements around me.

“In this particular image, a peak of swell rolls through, whilst a lone bird soars in front of the shelf cloud of the approaching storm. Three minutes after this shot, there was an incredible amount of lightning, heavy rain, and strong winds. I swam back to shore and returned home feeling very much alive.”