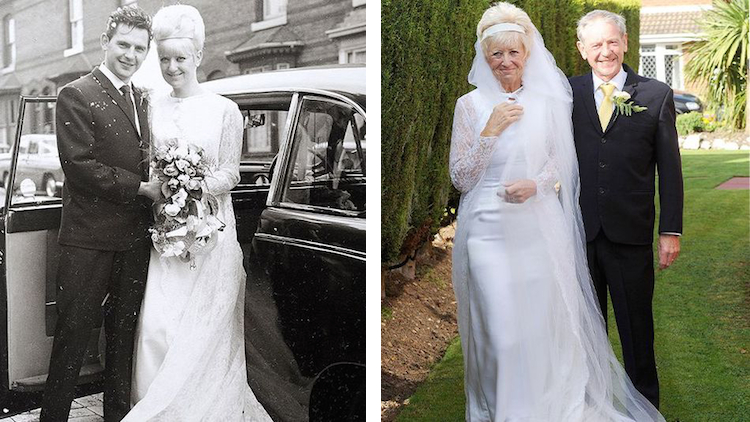 If the wedding dress and suit still fit, wear it again! Though it might seem unlikely, just ask Jim and Carole-Ann Stanfield—they celebrated their 50th year together in the same clothes they wore on their October 1, 1966 wedding. It was their granddaughter, Hayley, who first encouraged them to go into the attic where the dress and suit were collecting dust.

Hayley had originally wanted to see their wedding photos, but then she spotted her grandmother's delicate wedding dress. “[She] insisted we put them on but I said no, they’d been in the loft and they were dusty and smelly,” Carole-Ann told The Telegraph. “She begged and pleaded so we did it for her – we were gobsmacked when we discovered they still fit perfectly!”

With svelte figures and a burning love for each other, the Stanfields have much to celebrate. It was 54 years ago that they met at the men's club where Jim worked. Carole-Ann shared what first attracted them to the other: “Jim loved my big blonde hair, and I loved his humor—he is such a comedian and always makes me laugh.” When asked what their secret to marital success, she lists laughter as a necessity. “We have very different interests and hobbies, but the laughter is what keeps us strong.”

The Stanfields recently celebrated their golden anniversary with a party—complete with friends, fitted wedding garb, memories, and laughter. They embark on their “second” honeymoon to Turkey in the coming months.

The happy couple just married in 1966 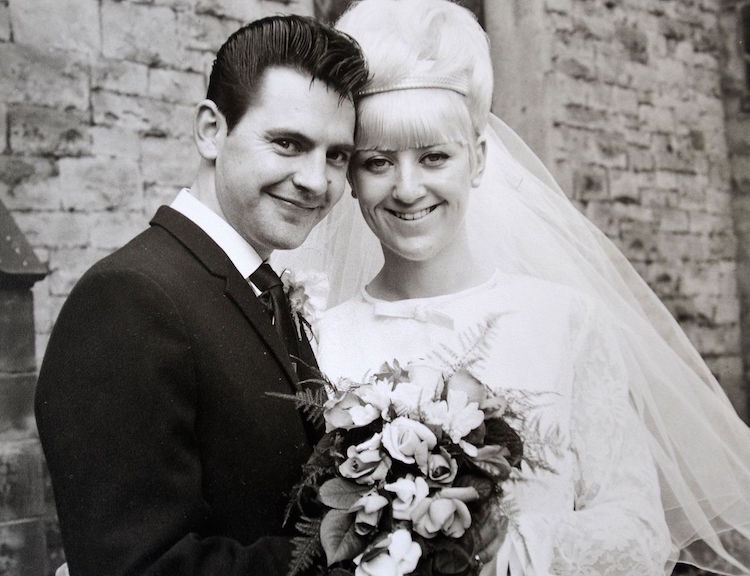 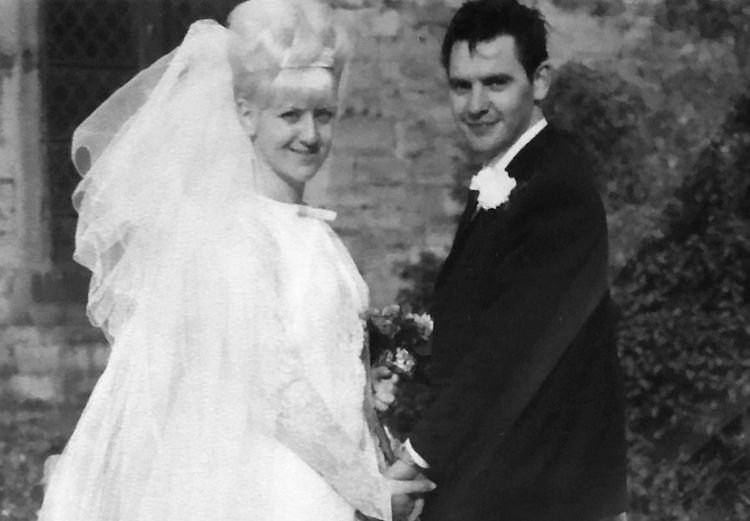 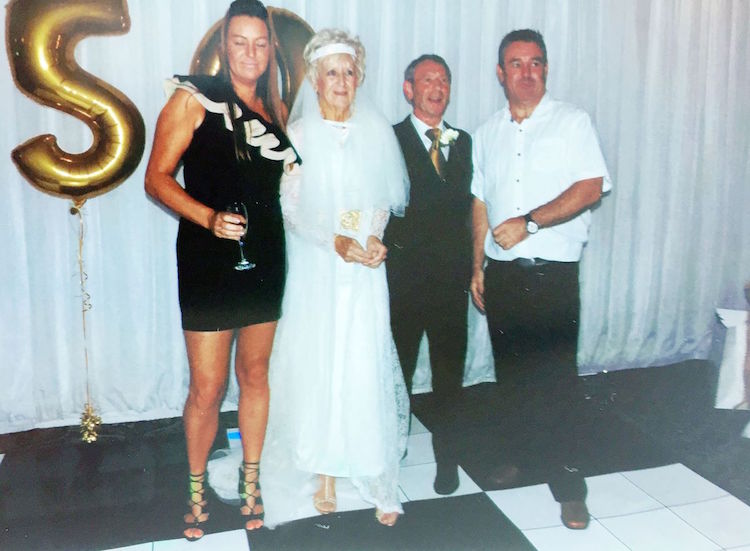 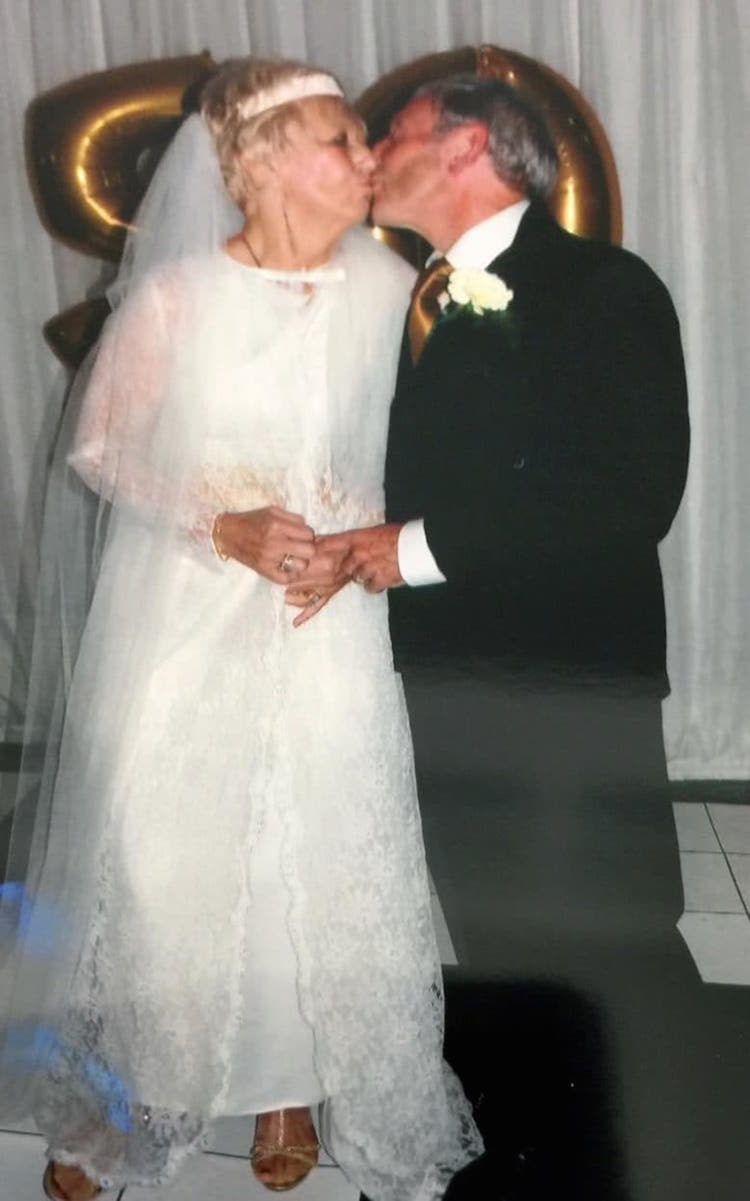 All images via SWNS.