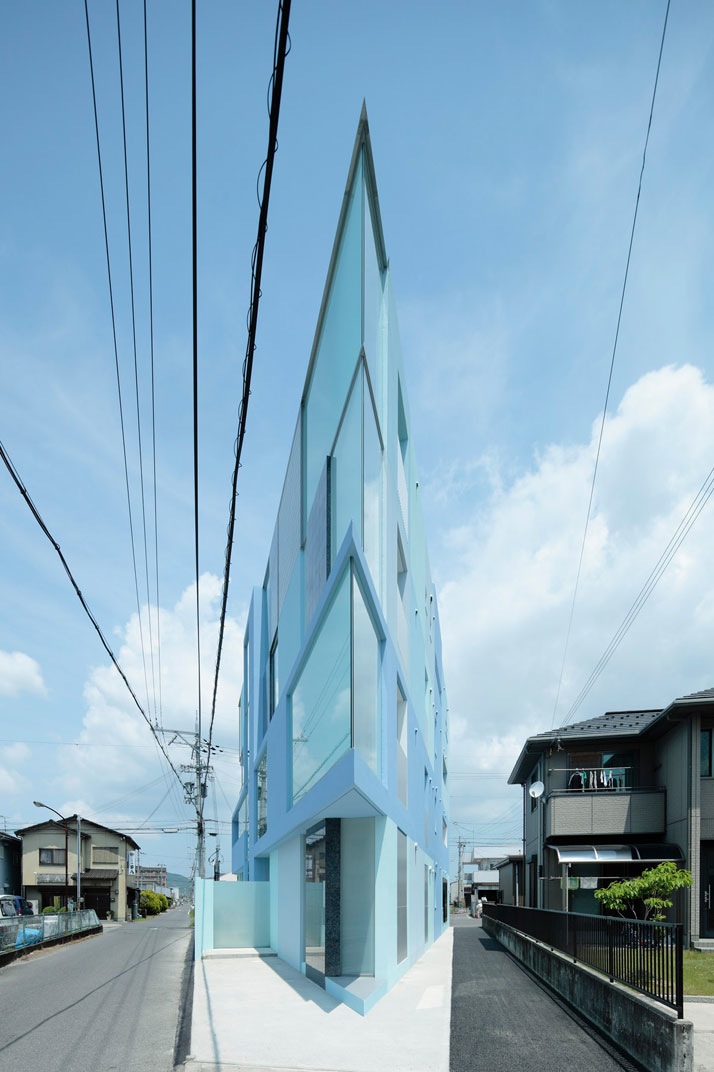 Now that's an interesting outside facade! Designed by Japanese architects Eastern Design Office, this new apartment building is rather unique in that it's a 4-story tall triangle. Known as “On the Corner,” the building is a mixture of concrete, glass, stone, and glass blocks. While the buildings shape may be a triangle, the facade is made up of squares cut out of those materials.

Inside the building are seven apartments that have two bedrooms, a bathroom, kitchen and an open floor living room. It was built in the shape of a triangle, because the land plot demanded it. Left by the construction of two streets, no one wanted to build on this site before Eastern Design Offices came around. Glad to see how outside-the-box thinking helped make it so that no space was wasted. 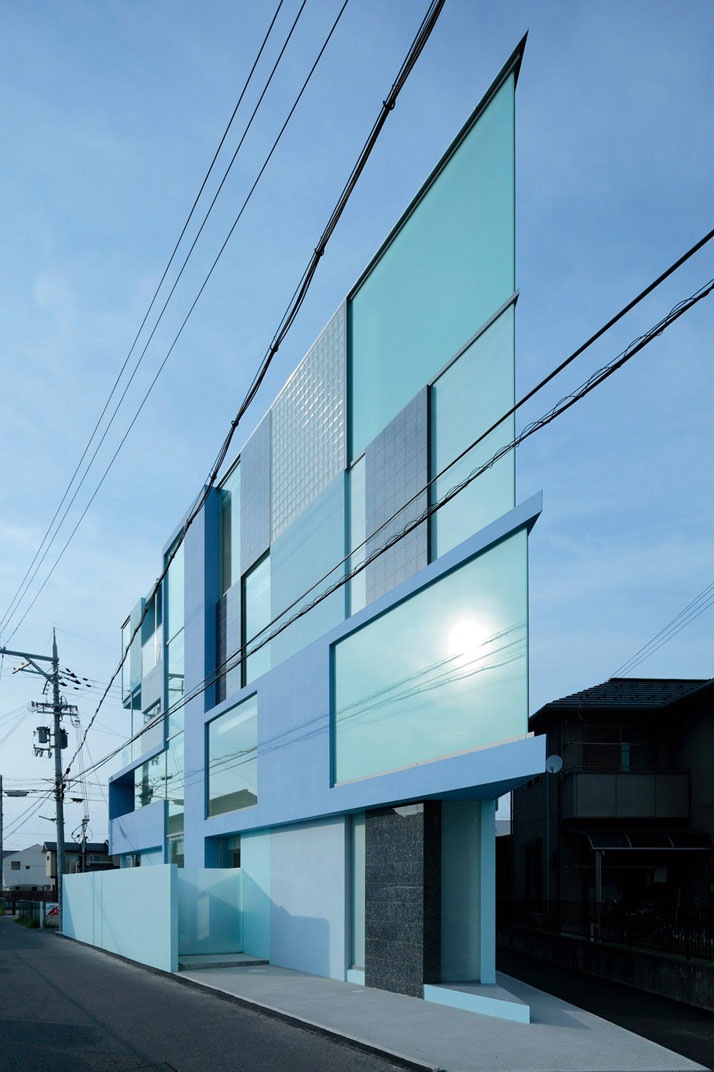 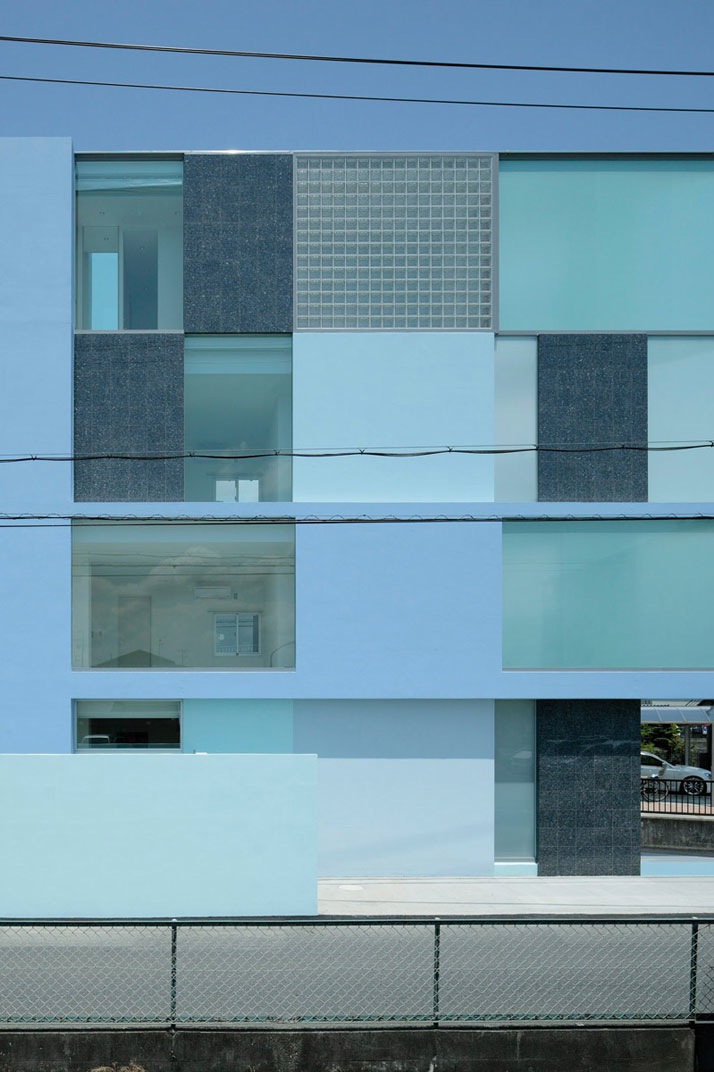 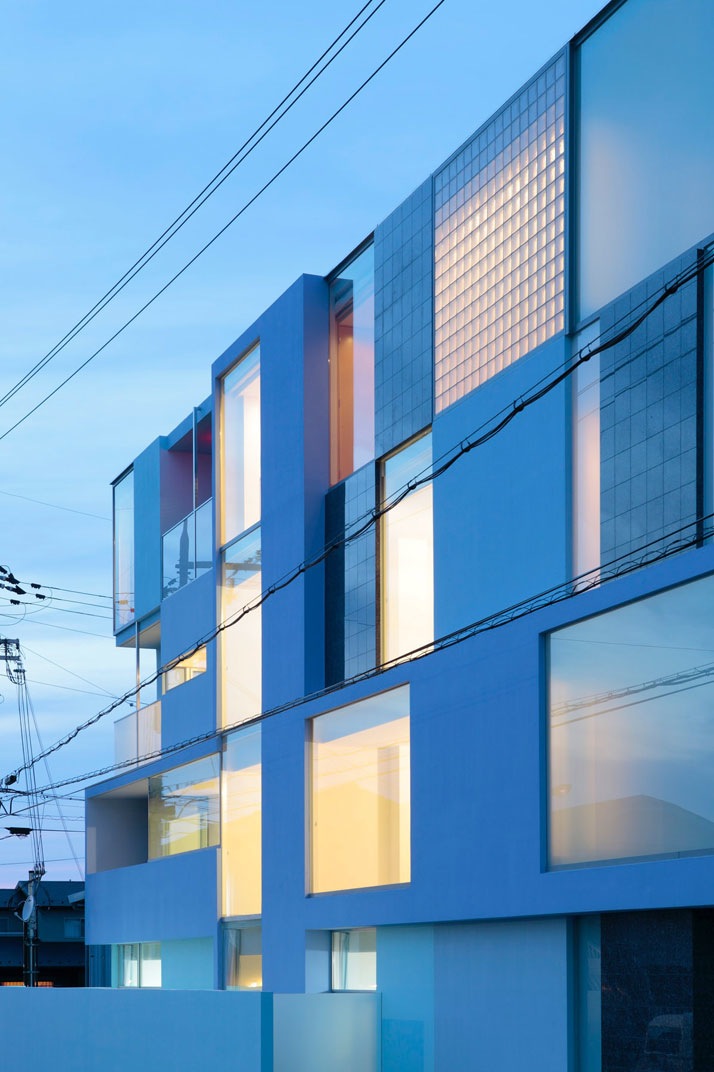 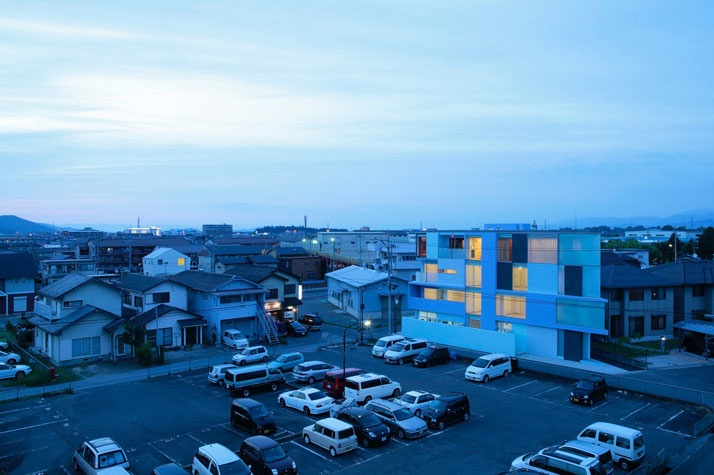 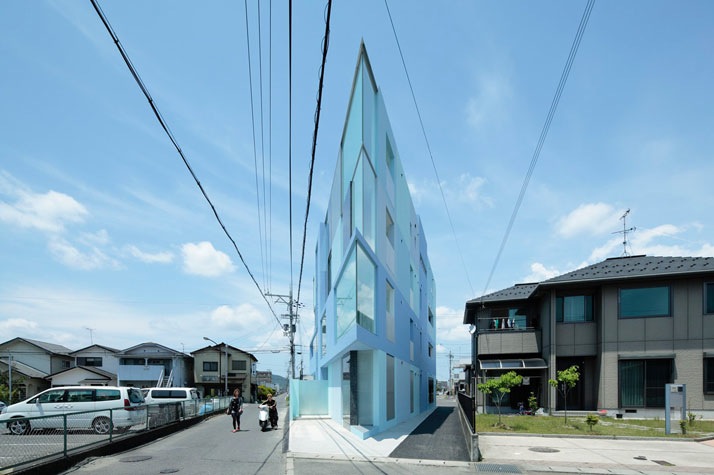 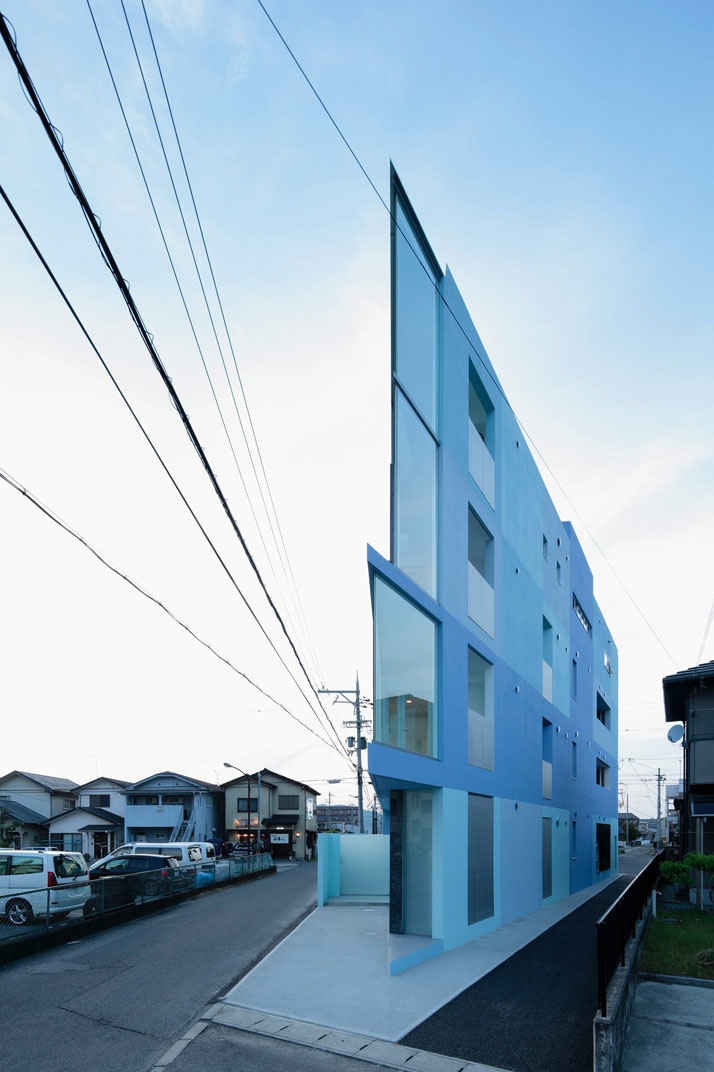