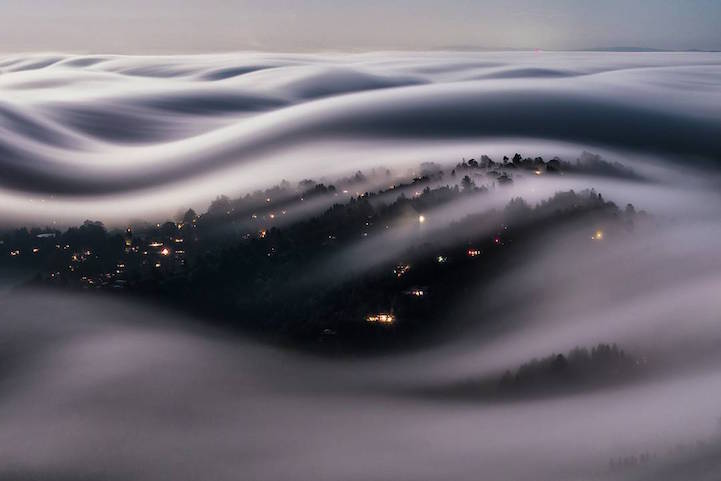 Three weeks ago, in the quiet of night, photographer Lorenzo Montezemolo hiked up Mt. Tamalpais in Marin County, California. He waited patiently for the fog to begin rolling in. When it began its slow and graceful arrival, Montezemolo opened his shutter for an incredible three minutes, capturing the full moon's illuminations in the above surreal ocean wave landscape he calls Fog Fingers. “I chose to use a long exposure in order to give the incoming fog a smooth, striated appearance as it slithered over the ridge below,” he told Colossal. The result is a mystical depiction of a town blanketed by movement and light.

Montezemolo is somewhat of an addict when it comes to shooting long-exposure fog images. In fact, he calls himself and his fellow photographer friends “fogaholics.” He writes on Instagram: “Summer is fog season here in the San Francisco area. Odd as it seems, it's colder, damper and more overcast during the summer months than it is the rest of the year. But there are a few spots that are elevated enough to get you above the fog, where it's sunnier, warmer and not-overcast.” Mt. Tamalpais is that special spot—he's only missed climbing it one day of the summer! Call it an obsession, but Montezemolo's photographs are stunning and accentuate the natural beauty that surrounds us. 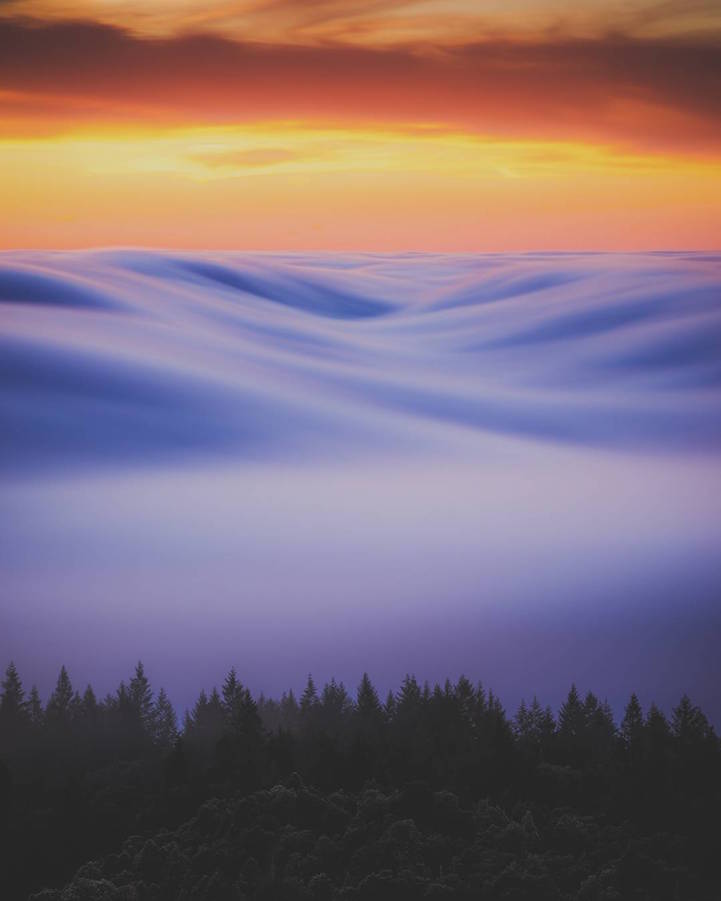 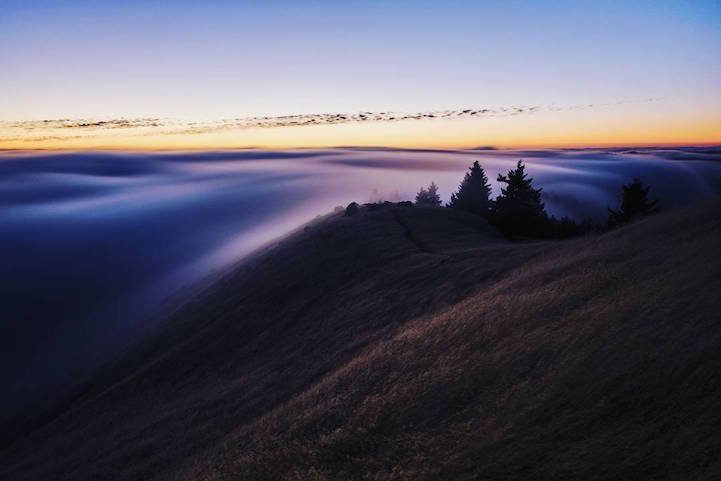 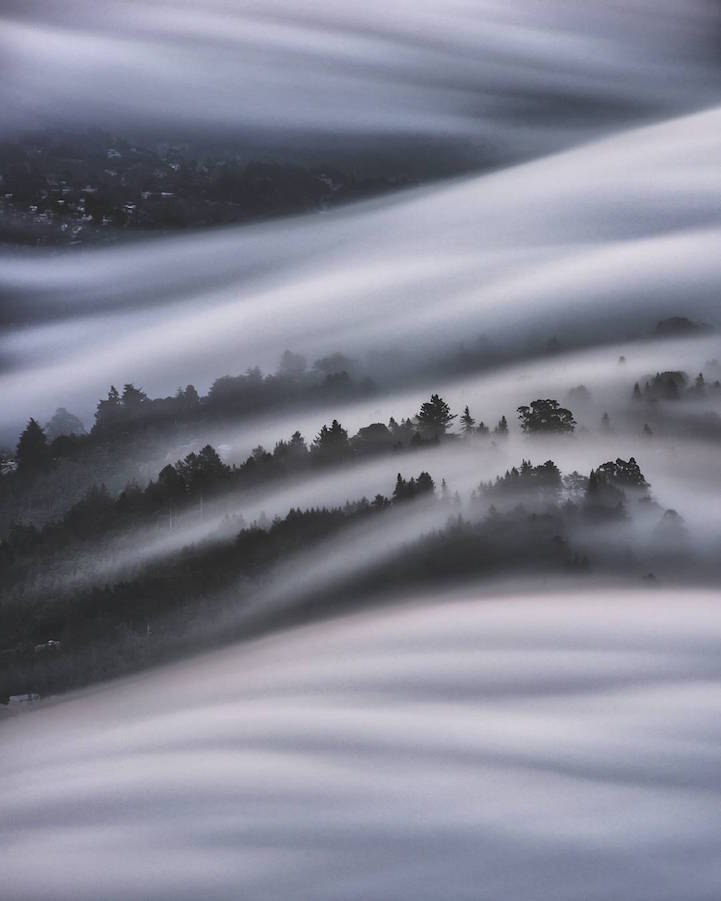 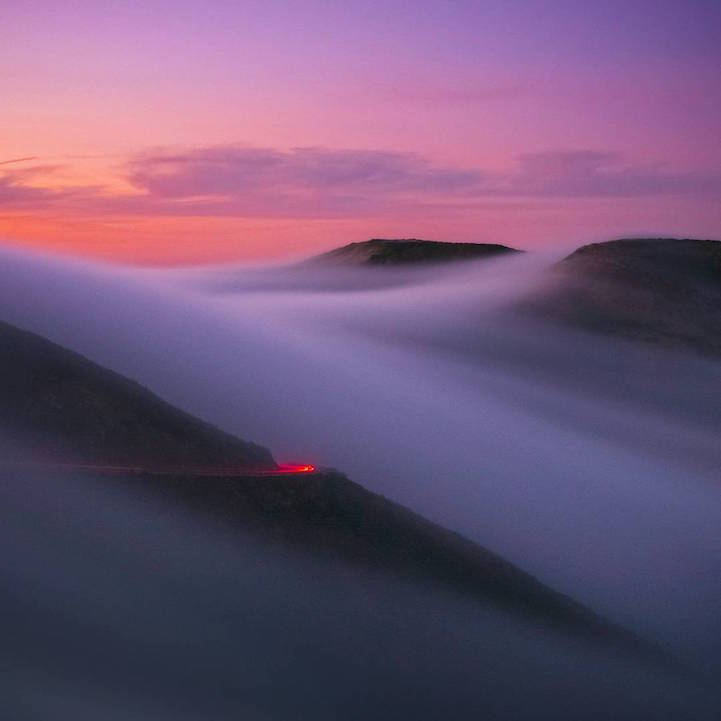 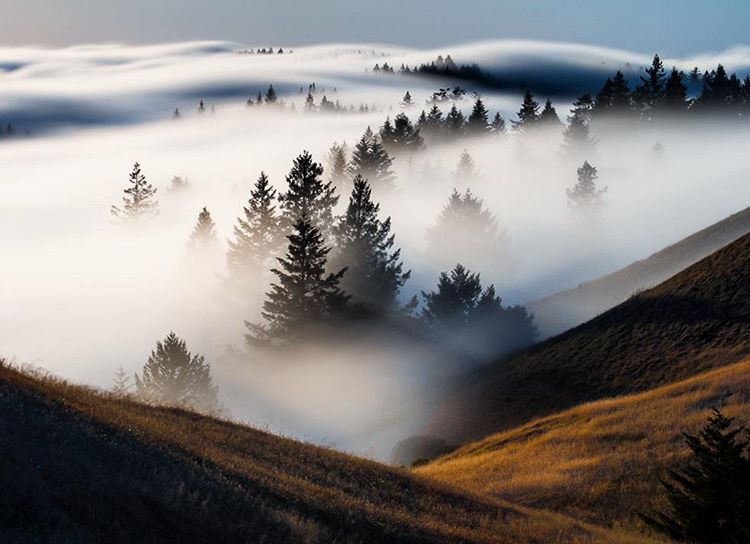 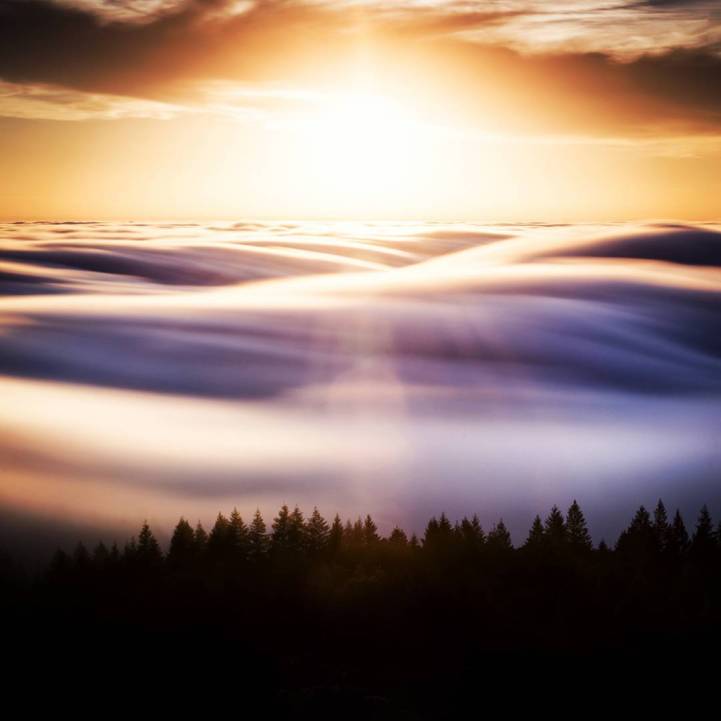 All images via Lorenzo Montezemolo.