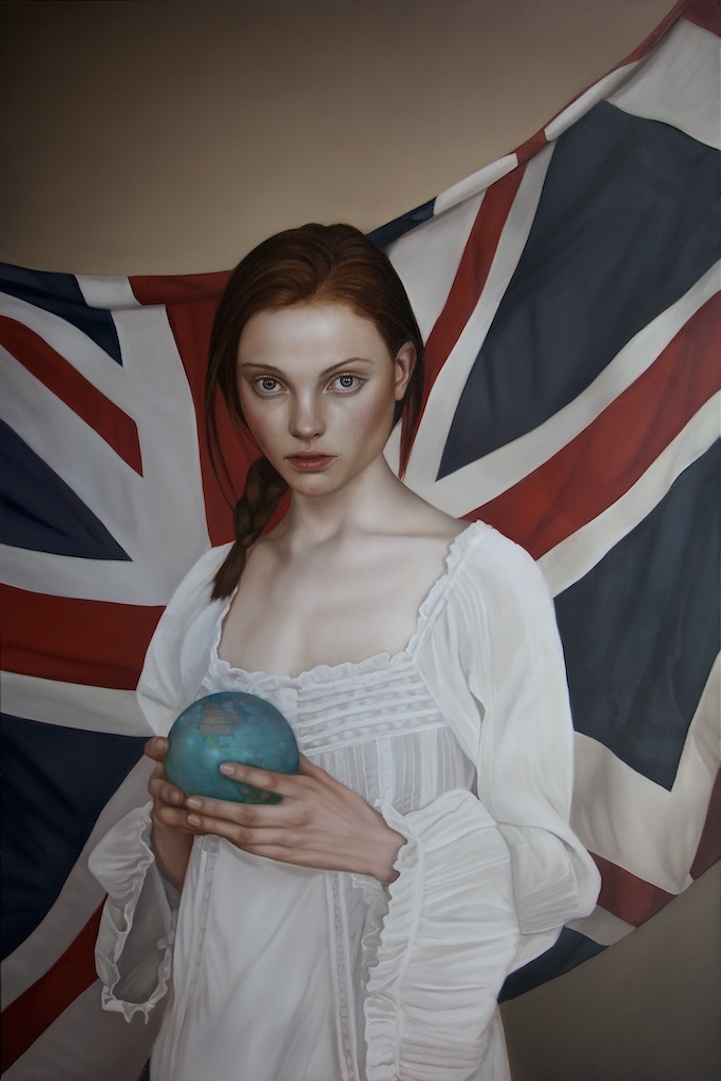 Brighton, UK-based artist Mary Jane Ansell is back with more fantastic oil paintings of enchanting and mysterious young women. Although Ansell displays her impressive skill in rendering realistic lights, shadows, skin tones, and textures, the portraits are not quite in the realm of hyperrealism. Instead, the paintings all share a unique, stylized edge that is inspired by haute couture and classical portraiture.

The pieces that Ansell created for her 2013 solo show Liberty Rests depict beautiful young women wearing ornate gowns and lounging in fancy interiors. Their fine clothing and surroundings indicate an aristocratic background, but the figures' sly glances and piercing eyes suggest that they are not just prim, innocent young women. The appearance of objects such as a flag, mask, toy soldier, globe, and army uniforms expand the personal scope of the paintings into a wider narrative, providing an interesting link to themes of history, war, and patriotism.

According to Ansell, her paintings are influenced by “a multitude of inspirations, from classical portraiture to the world of haute couture and with an appreciation for a refined technique that invokes the past but with a resolutely modern viewpoint.” The painter says that she loves depicting intriguing narratives and capturing dramatic moments in her artwork. 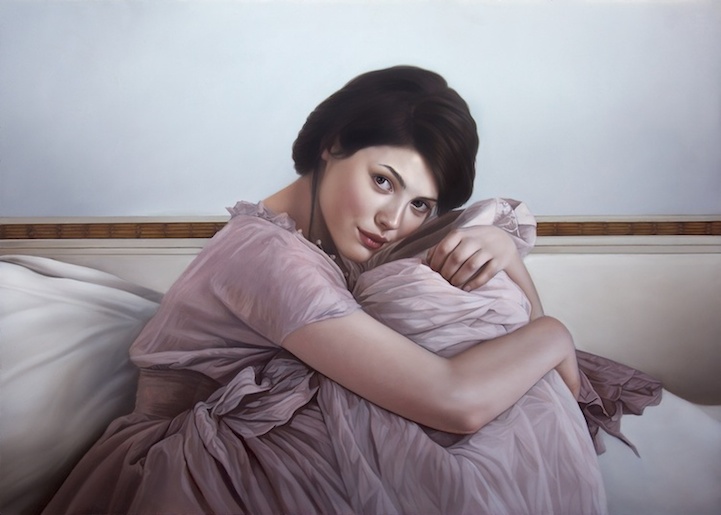 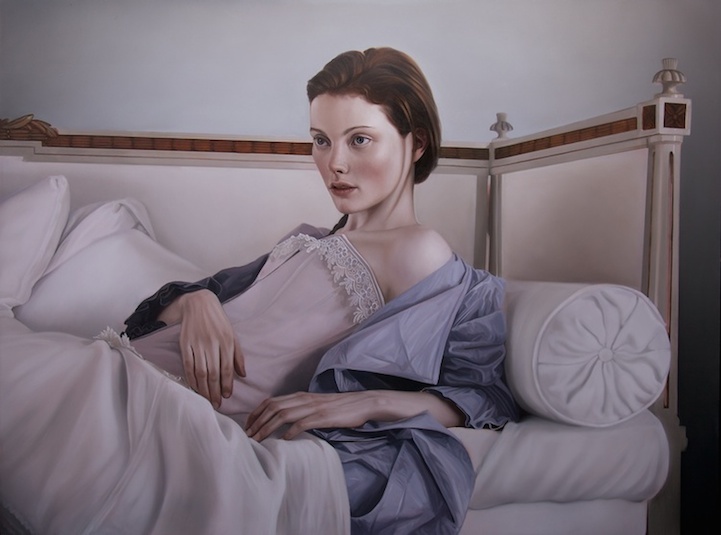 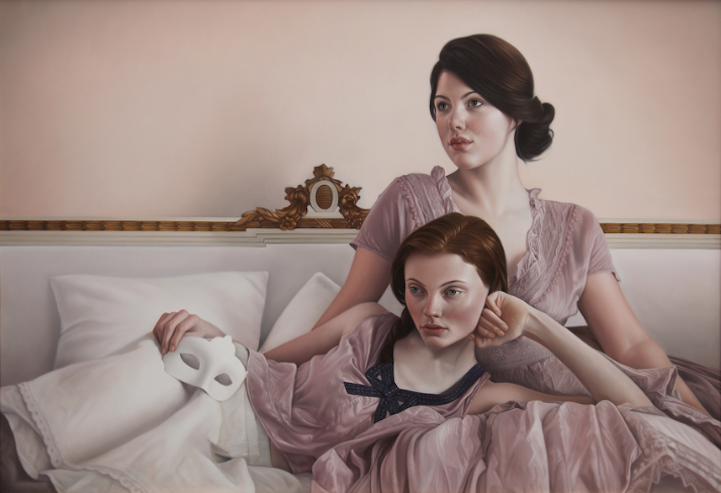 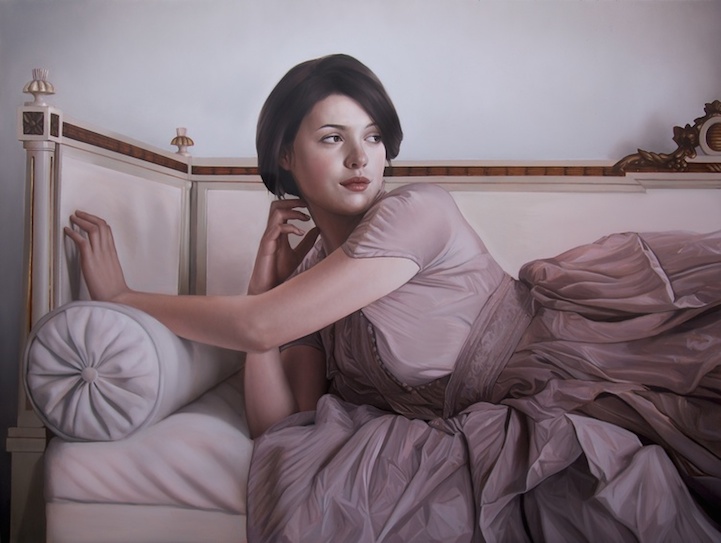 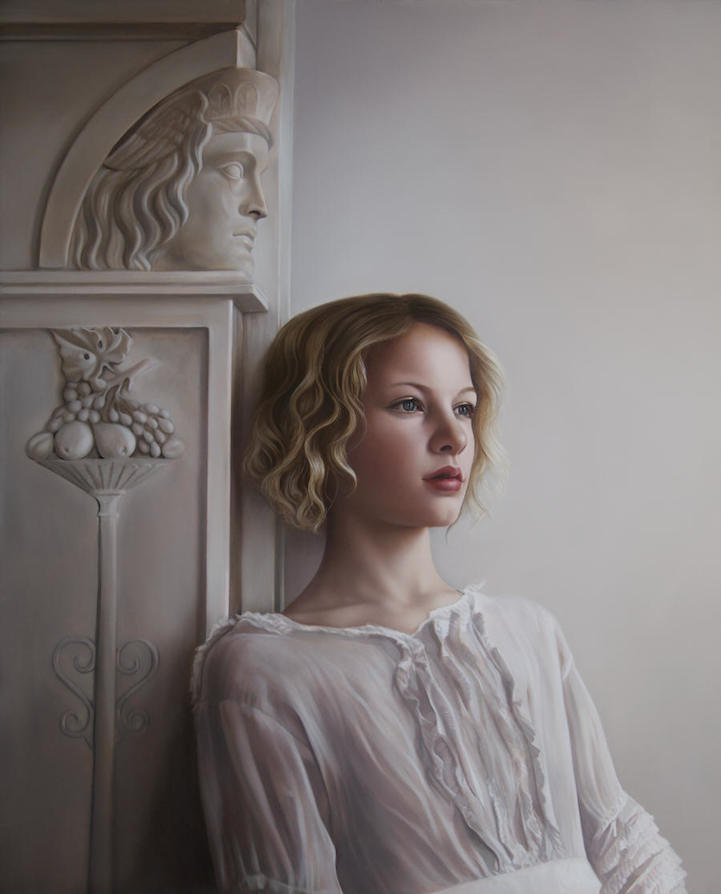 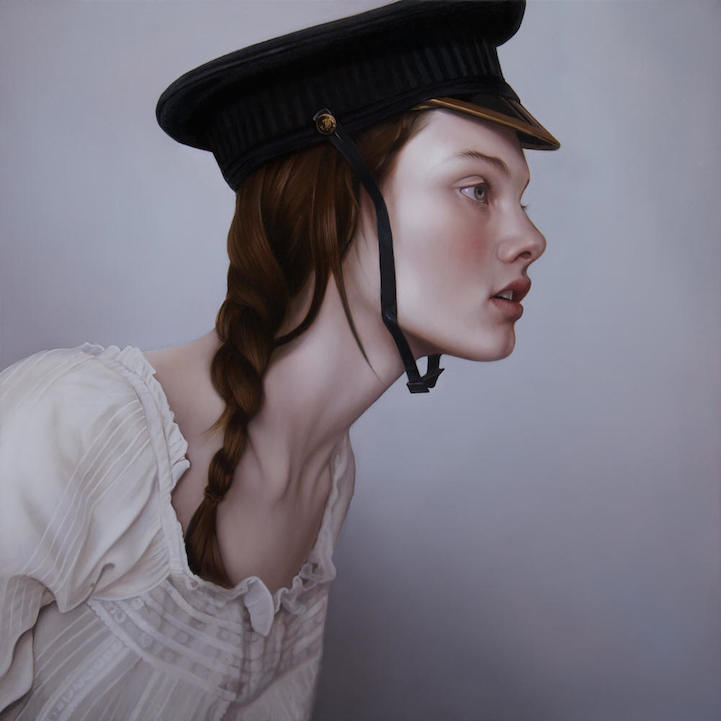 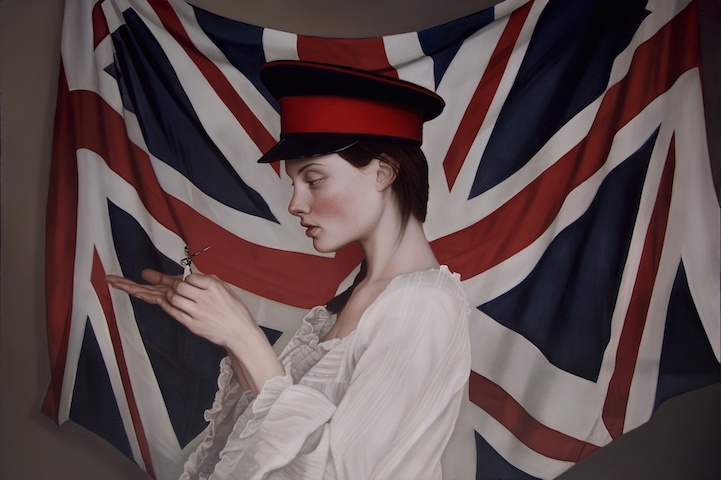 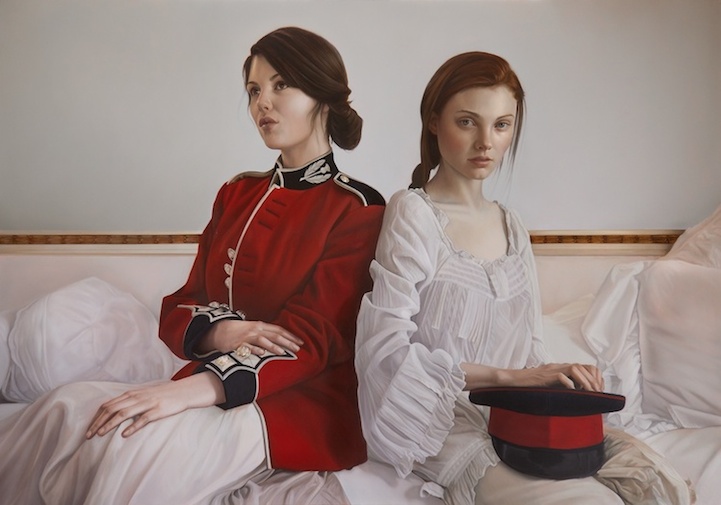