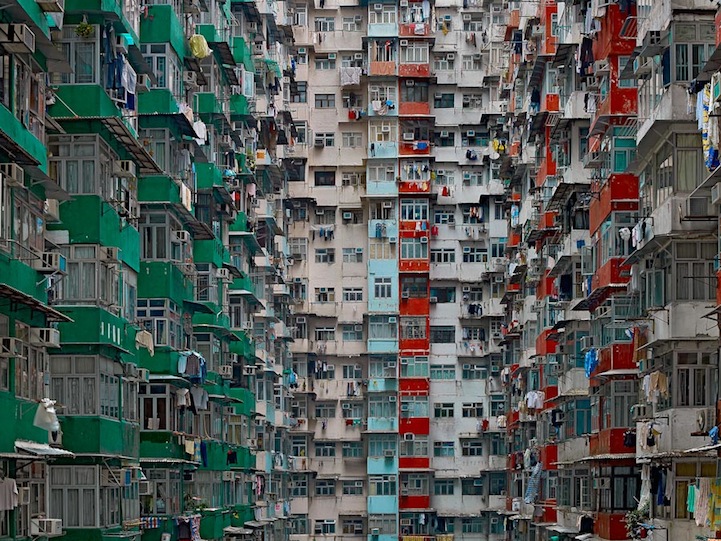 In Architecture of Density, German photographer Michael Wolf takes the massive, busy city of Hong Kong and narrows it down to the smaller details of its high-rise apartment buildings. By eliminating the sky and cropping in on just specific sections of the buildings, Wolf transforms the repetitive rows of mesmerizing patterns and textures throughout the city into flat abstractions. Other than the occasional laundry hanging out to dry, the stark images lack any real human presence which is an interesting contrast to the highly populated city that lives and lingers behind those walls.

Having grown up in Germany, the United States, and Canada, and then spending almost ten years in Asia, Wolf considers his photography to be from the perspective of an outsider. He sees each place with fresh eyes, finding what he describes as the “symbolic value in those seemingly insignificant details that so often go unnoticed.”

If you like this work, you may enjoy Wolf's series, Tokyo Compression, which features the up-close details of individuals packed onto commuter subway trains. 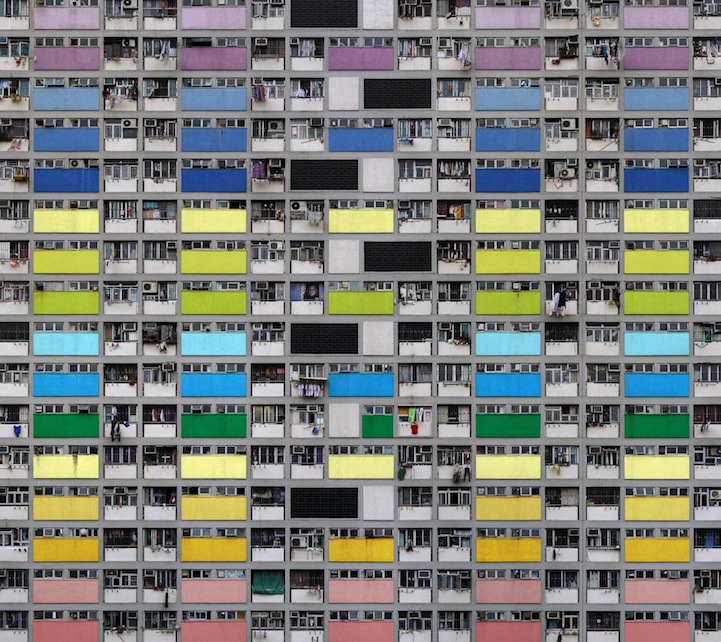 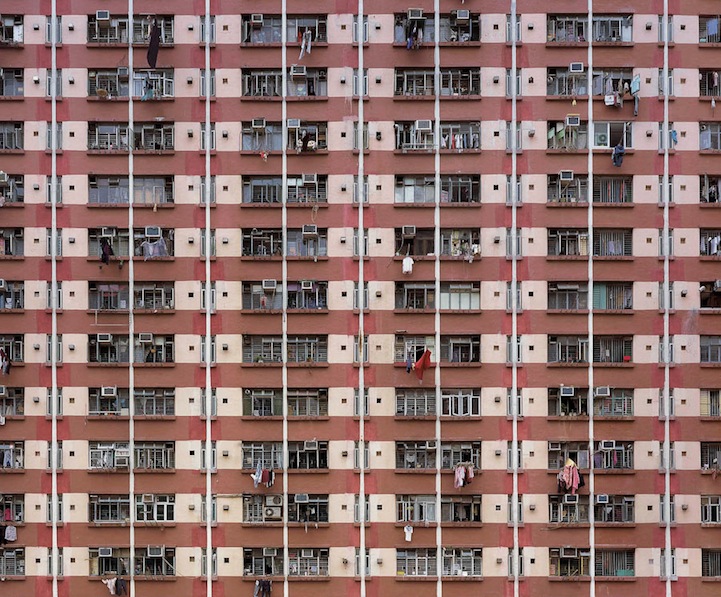 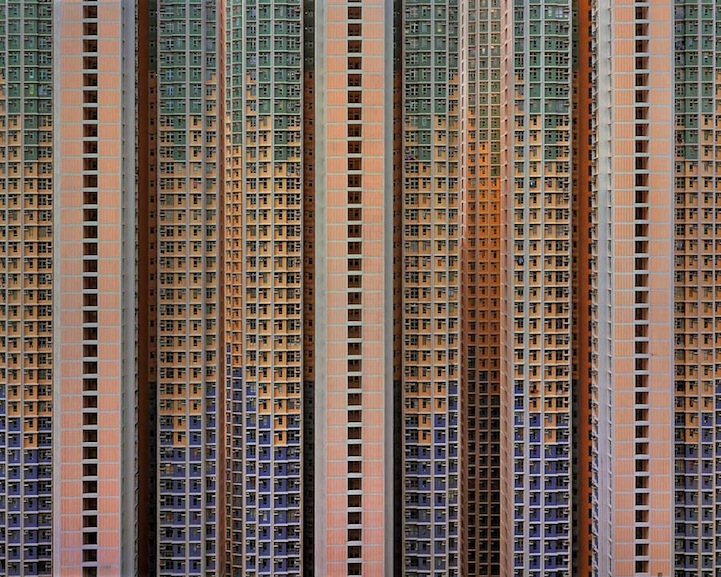 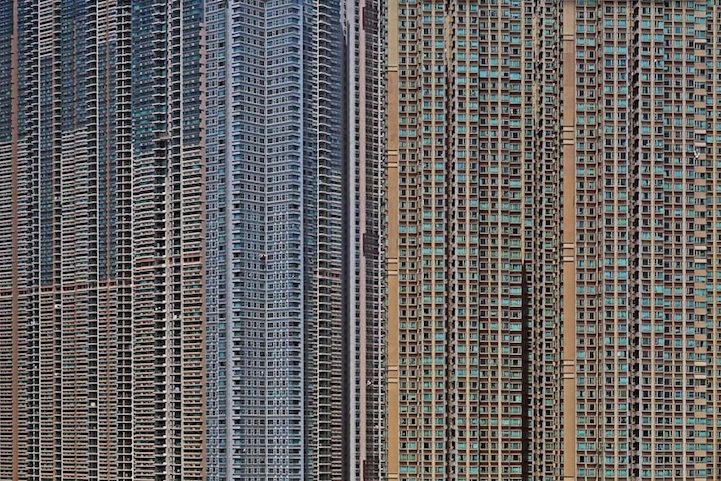 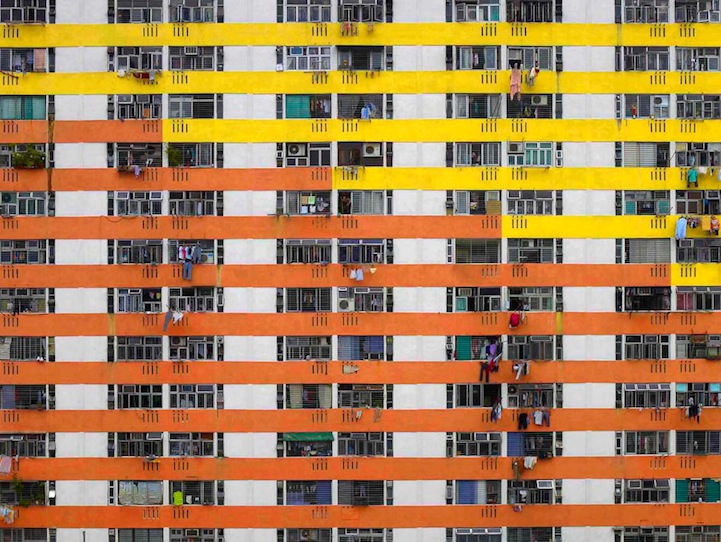 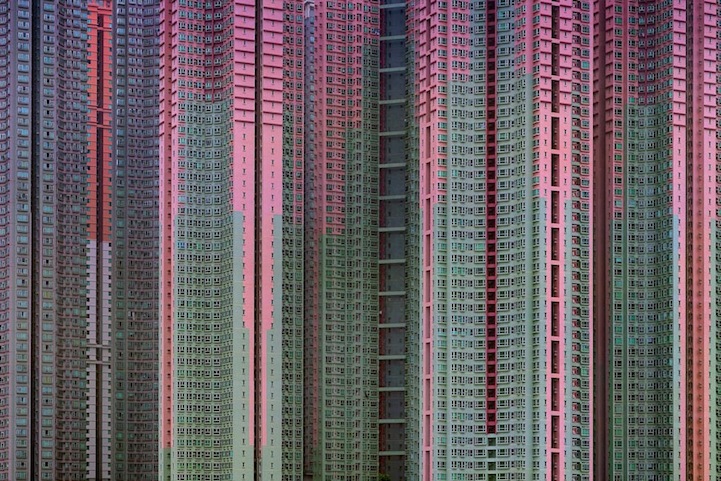 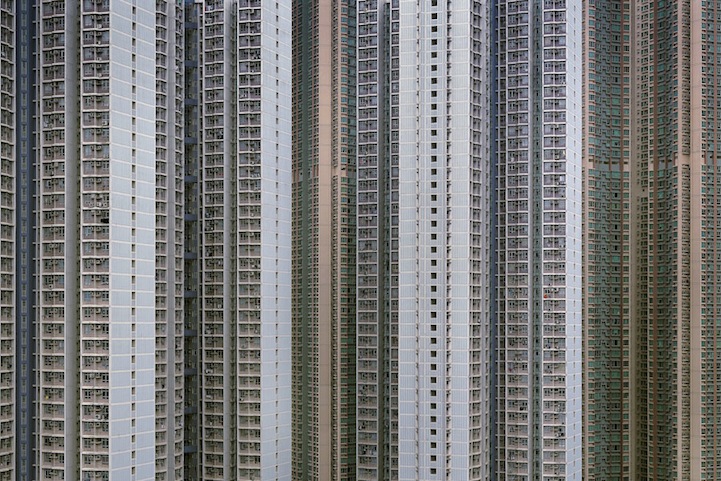 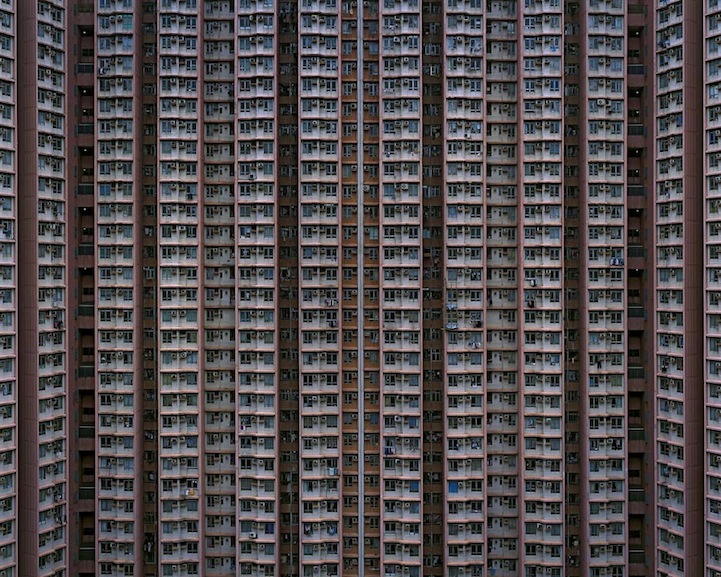 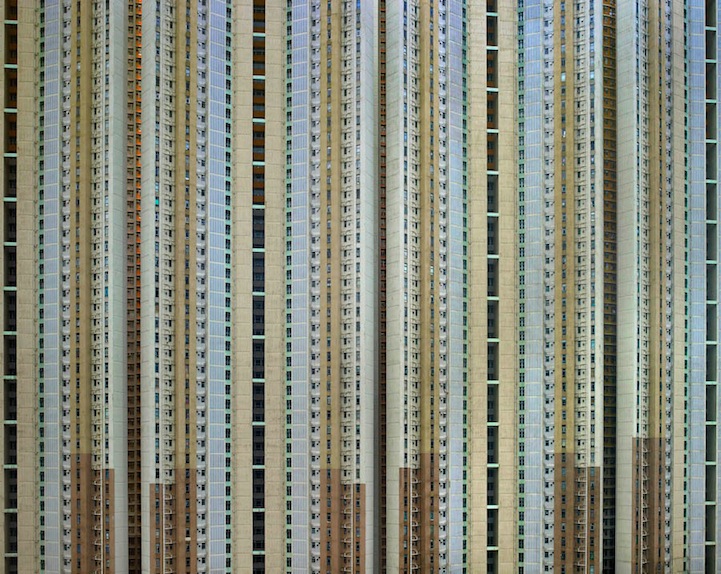