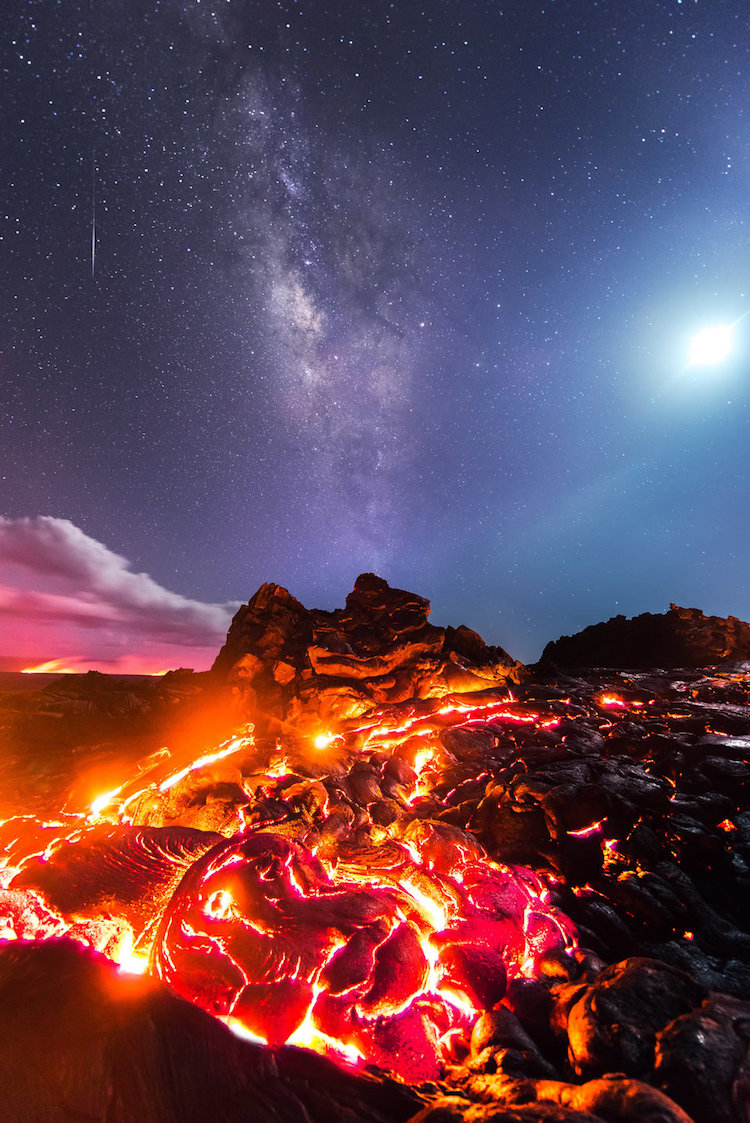 It was his first attempt shooting lava, but it certainly won't be his last after photographer Mike Mezeul II ended up with an epic shot in Hawaii's Volcanoes National Park. Photographing lava has been a goal of Mezeul's, as he's always been fascinated by lava and volcanoes. After several evenings spent looking for surface flows, the adventurous photographer braved a nearly 13 mile roundtrip hike on his last night to capture the lava flow he'd been monitoring.

The fiery red glow of the lava is set off against the violet sky, with Mezeul able to capture the moon, Milky Way, and a meteor in one shot—it's certainly a photograph of a lifetime.  “I was literally in shock,” he says. “It was my third frame to shoot after the sun had set, and after I saw the meteor, I knew I couldn’t beat that image, so I packed it up and headed back.”

In such a perilous environment, safety was certainly a concern. “As far as fears go, I was scared. I have chased tornadoes and severe weather, and I know those environments real well, but this was a whole new beast,” confesses Mezeul. “I met with a local friend, Bruce Omori, who is one of the best lava photographers I know, and picked his mind on advice and how to be safe.”

Such a unique image set off comments that the photograph couldn't have been a single frame, but Mezeul confirms this was not the case. “Images like these are indeed possible with the right conditions and knowledge of gear. I've had a few people apologize and state they were jealous after I showed them the RAW file and explained the shot,” Mezeul shares.

Photo of a lifetime? Almost, but not quite—Mezeul reserves this image as his most memorable. Enjoy more stunning lava photographs from Mezeul, who also teaches photography workshops, below. 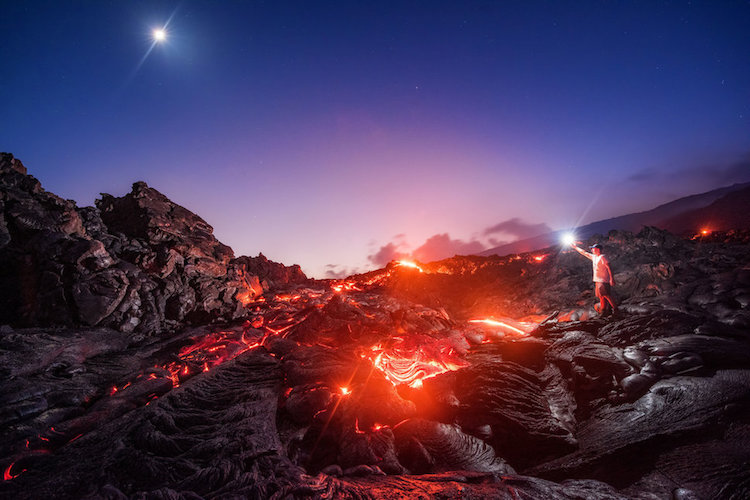 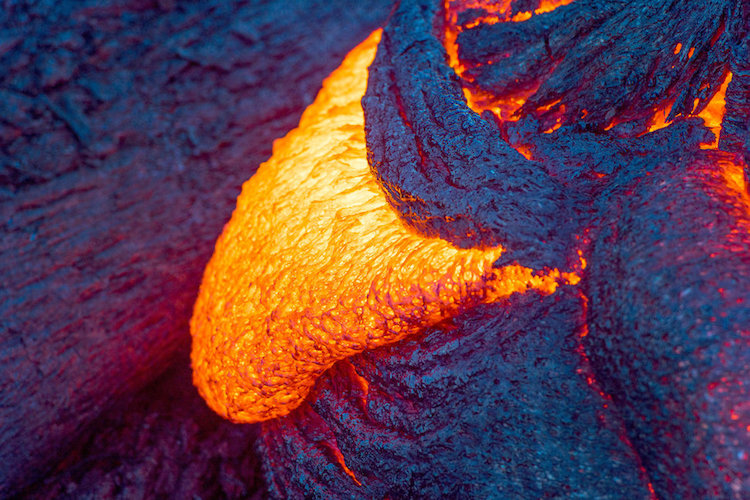 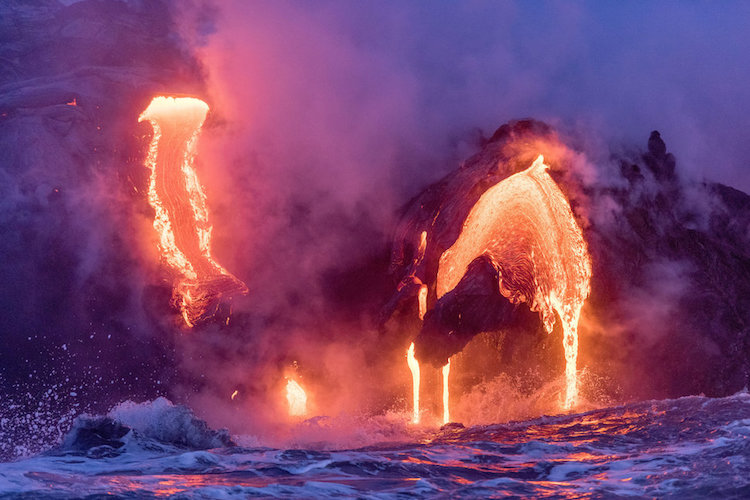 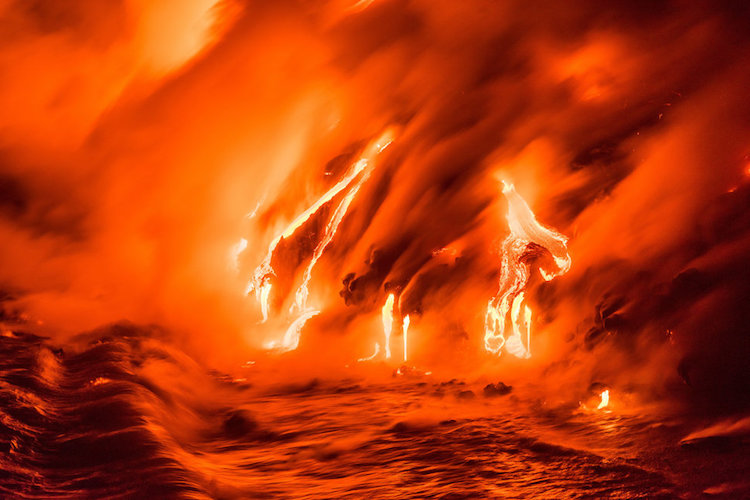 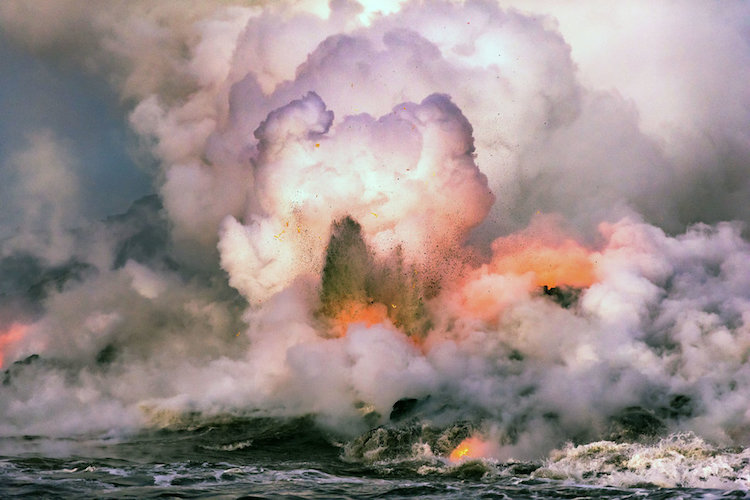