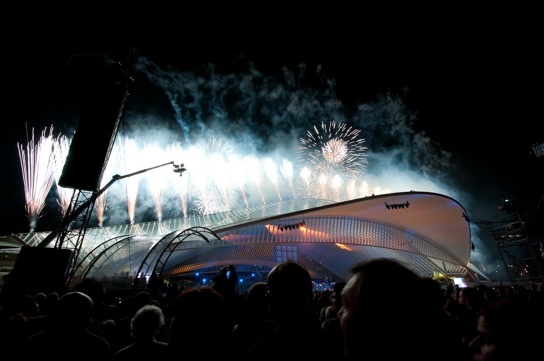 Lige, Belgium recently unveiled a stunning new high speed rail station designed by Santiago Calatrava. With less than 200,000 occupants in Lige, the station is set to provide a new pulse for the former industrial city, acting as the first part of a planned architectural vision for a corporate center in Belgium, and the launch of Lige's renewal.

Billed as the “epicenter of the North European High Speed Network,” the Lige-Guillemins TGV Railway Station offers quick and efficient travel to Aachen, Cologne and Brussels, Frankfurt, Paris, London, and the Southern portions of Europe. Construction of the station began in 1996, and was designed to provide rail service for 36,000 people a day.

Calatrava's vision for the station was a building without a facade that provides greater connectivity within the city. The platforms on the top levels are enclosed by glass and steel framing, and the entire station makes great use of natural daylight.

“It was my goal to create a 21st century transportation facility that would not only unite Lige with the rest of Europe, but would also serve as a symbol of the city's renewal. The project, as a whole, creates a new gateway into Lige and re-establishes a relationship with the city”. -Santiago Calatrava. 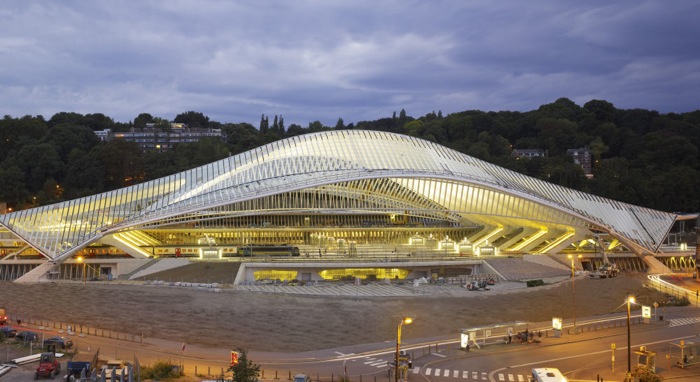 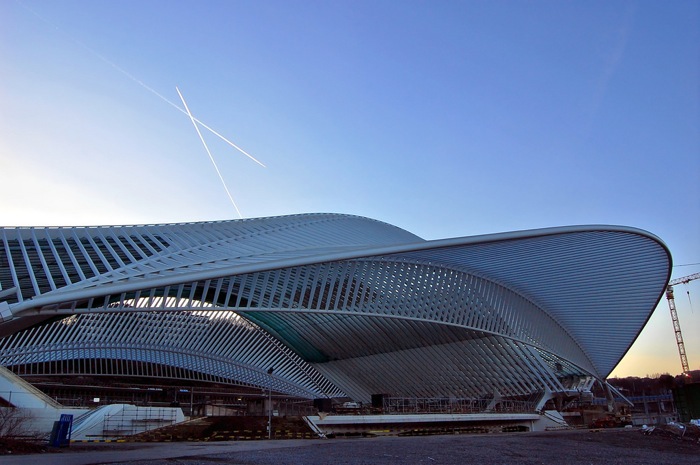 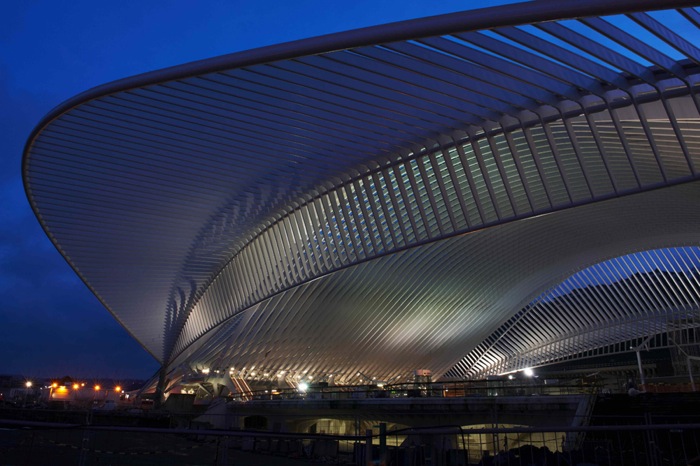 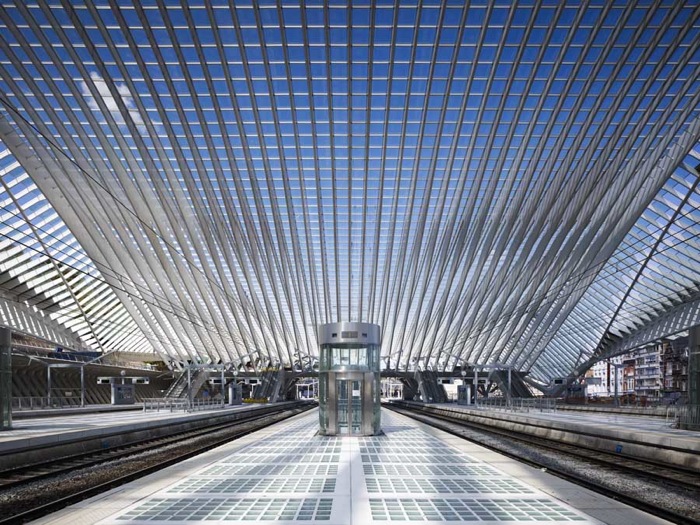 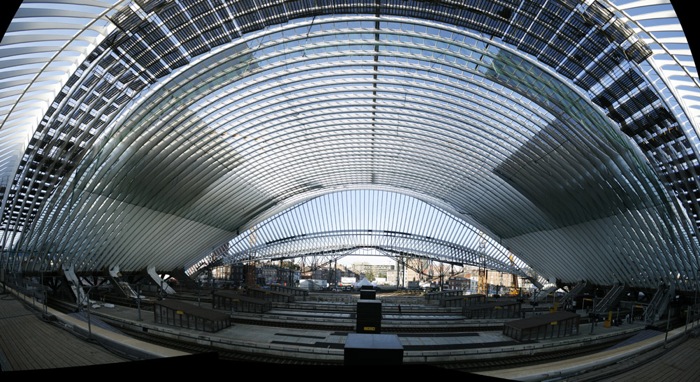 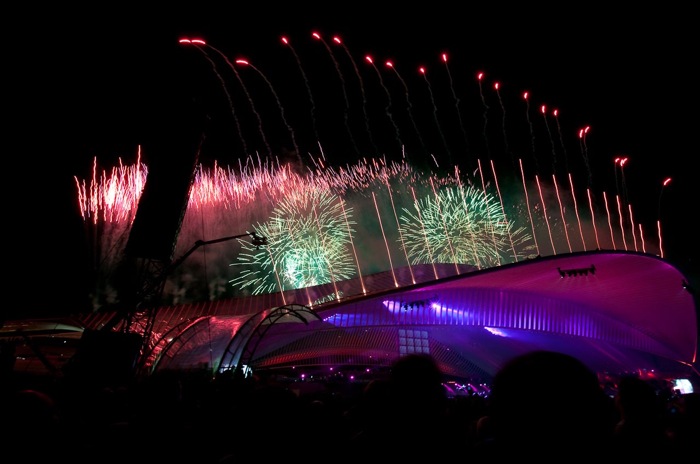