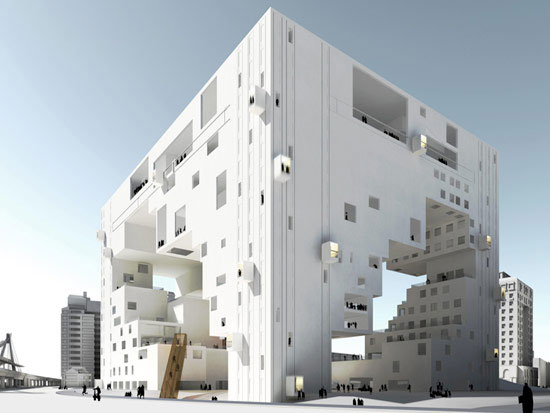 NL Architects proposed this design for the Taipei Performing Arts Center to host a variety of large-scale performances, including dramas and operas. The structure contains three theaters including a 1500-seat Grand Theater, and two 800-seat theaters for repertory performances. With “four legs” that support a “tabletop”, critics praised the aesthetics of the design, but noted two critical issues: the acoustics in such a huge structure would be disastrous, and there would be a lack of sun for several of the cubes. In the end, the Office for Metropolitan Architecture (OMA) won the competition to build the Taipei Performing Arts Center. 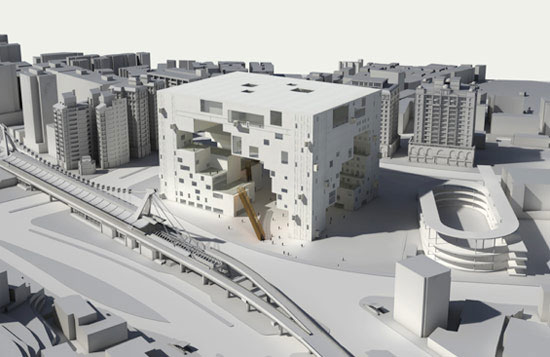 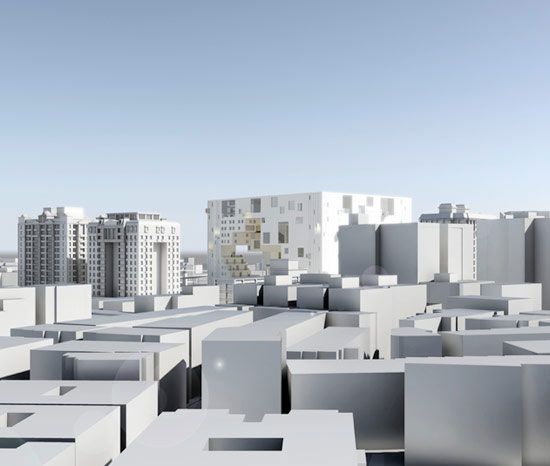 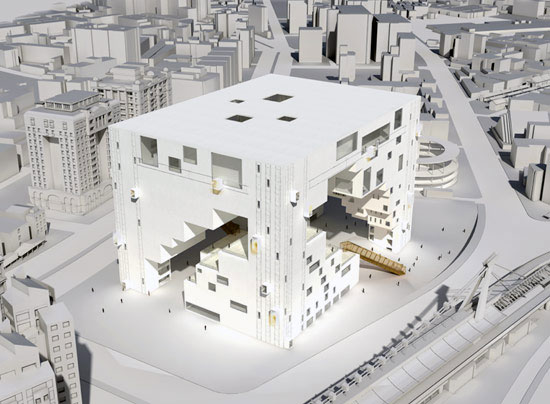 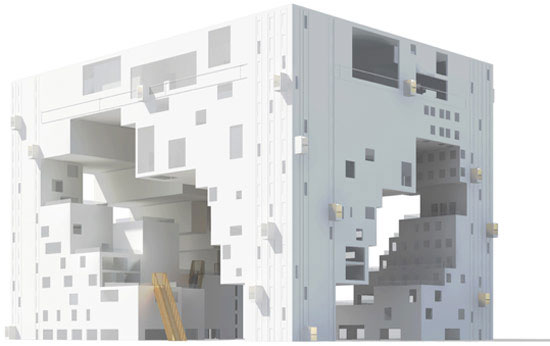 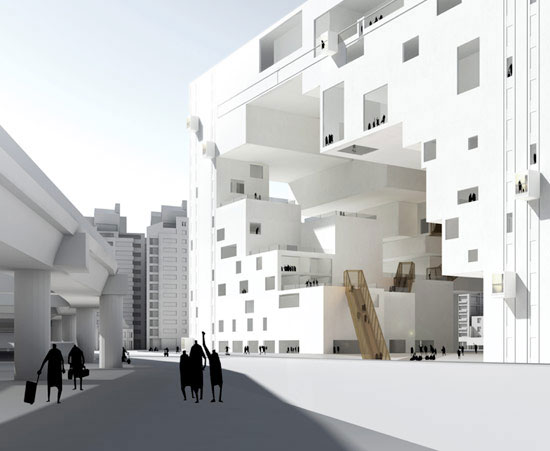 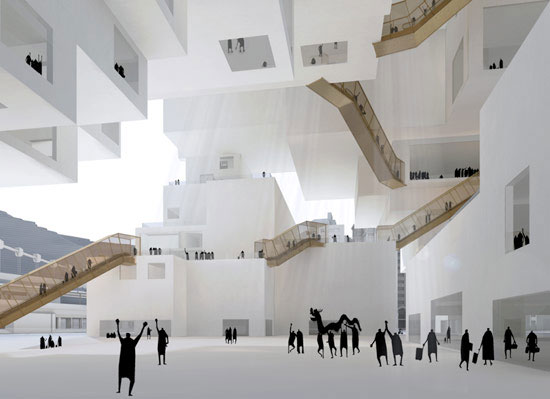