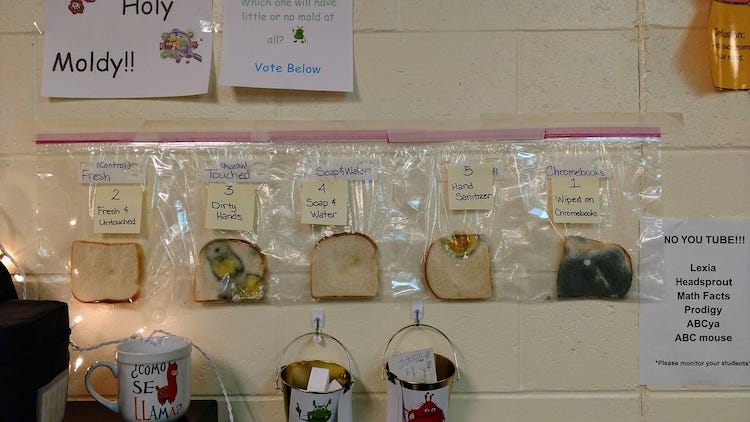 Have you ever wondered how many germs are lurking on your laptop? Or what happens when you don’t wash your hands? Educators Jaralee Metcalf and Dayna Robertson conducted an experiment, found through the C.S. Mott Children's Hospital website, that will open your eyes to just how much bacteria is on your hands and devices if left uncleaned.

The experiment uses sliced bread to illustrate the accumulation of germs, and the teachers used five pieces to each represent a different phase of cleanliness. One slice (the control) was left untouched. The other pieces were handled by all of the students in the following states: with unwashed hands, hands cleaned with a sanitizer, and hands washed with warm water and soap. In addition, a piece of bread was rubbed on all of their classroom laptops. They then left the bread alone for a few days to watch how the slices reacted.

The results of the experiment will remind you that you should always wash your hands. Aside from the control piece, the soap and water slice was the only piece of bread that had no mold on it. Even hand sanitizer, which we might think as a substitute for hand washing, showed evidence of mold. But the most disgusting outcomes—by far—were the bread slices touched by unwashed hands and wiped on the computers. The unwashed hands had yellowish mold spread across its surface with some green patches starting to show. The laptop slice was even worse and had turned almost completely green.

Metcalf and Robertson’s moldy bread exercise was documented in a series of photos and they now serve as a powerful classroom tool to remind their students to always wash their hands. And in Metcalf’s now-viral Facebook post, it is reminding people from around the world to do the same.

Educators Jaralee Metcalf and Dayna Robertson conducted a moldy bread science experiment that is a powerful reminder for you to always wash your hands. 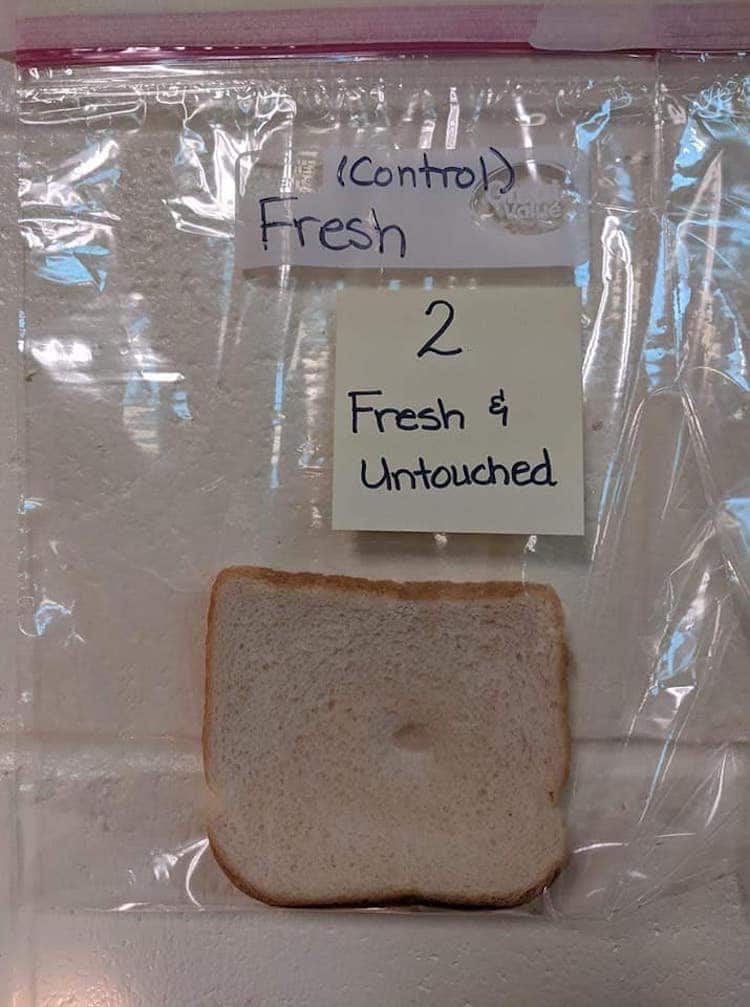 The teachers and their students each touched four slices of bread in different states of cleanliness. One piece of bread was untouched and was the control for the experiment. 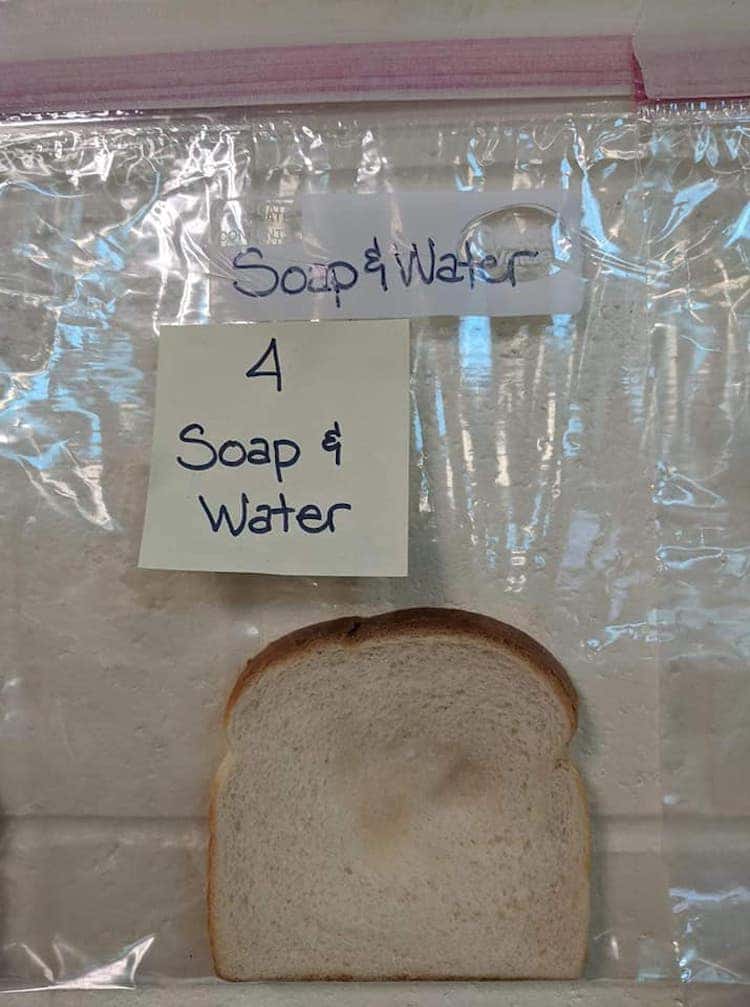 The bread touched with hands cleaned with soap and warm water didn't have any mold, but the other slices… 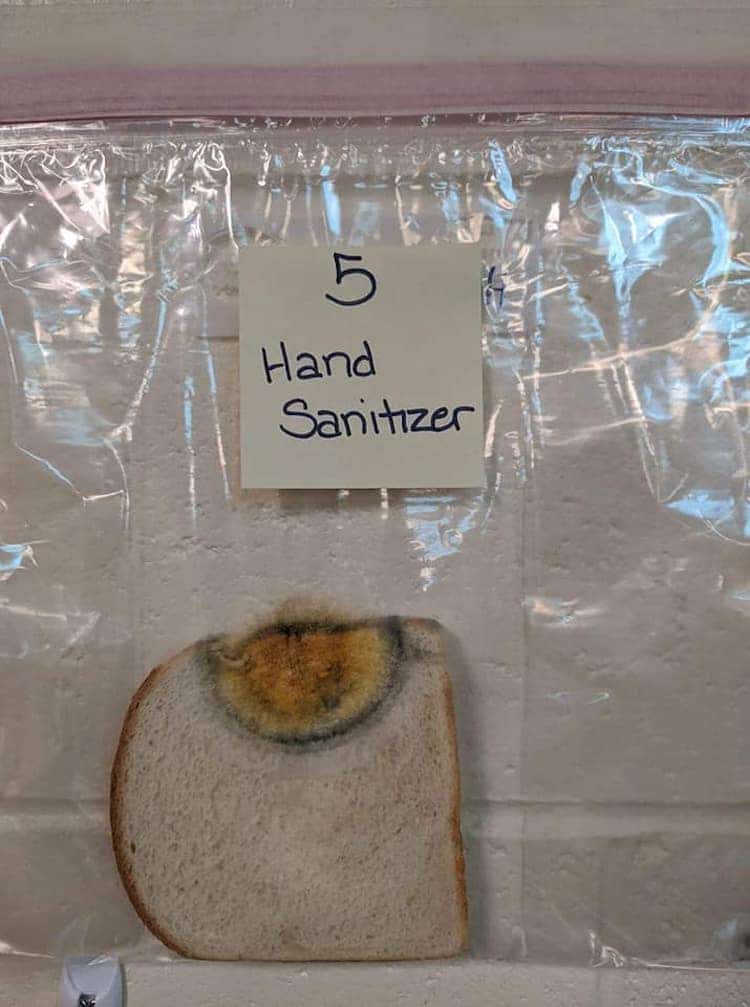 … were gross! Especially the piece that had been rubbed on classroom computers. 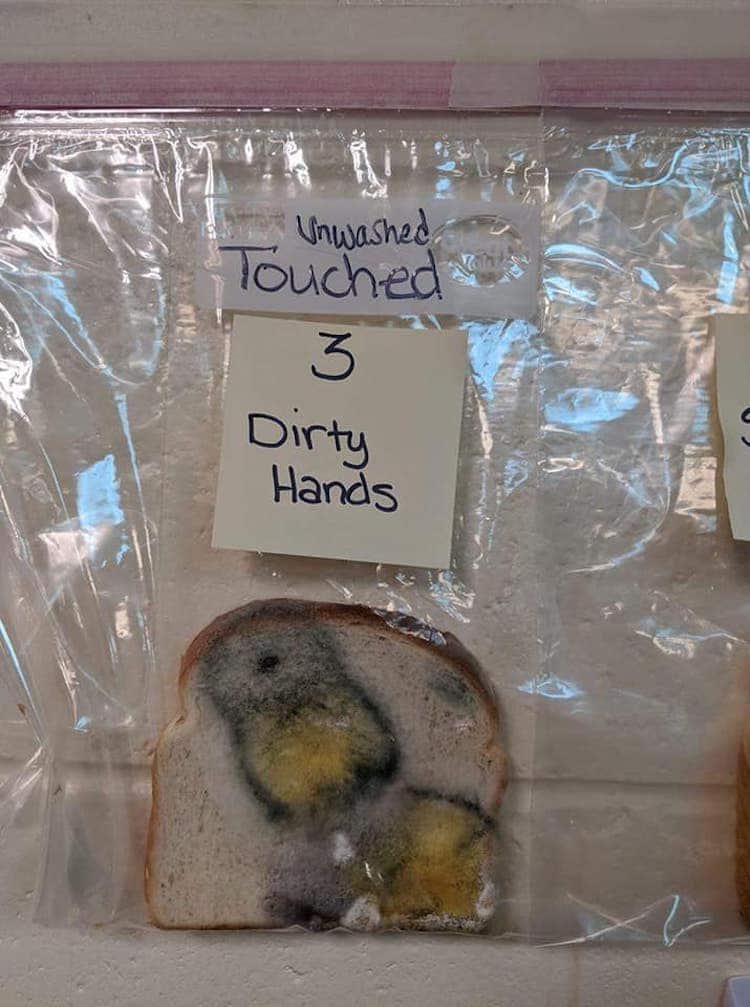 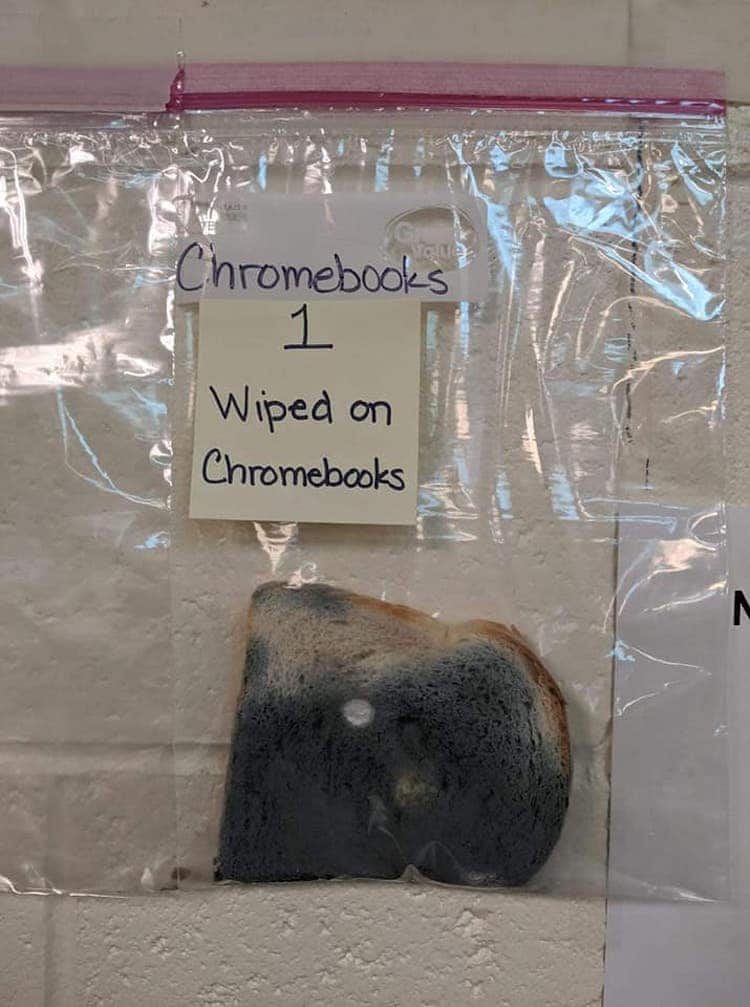