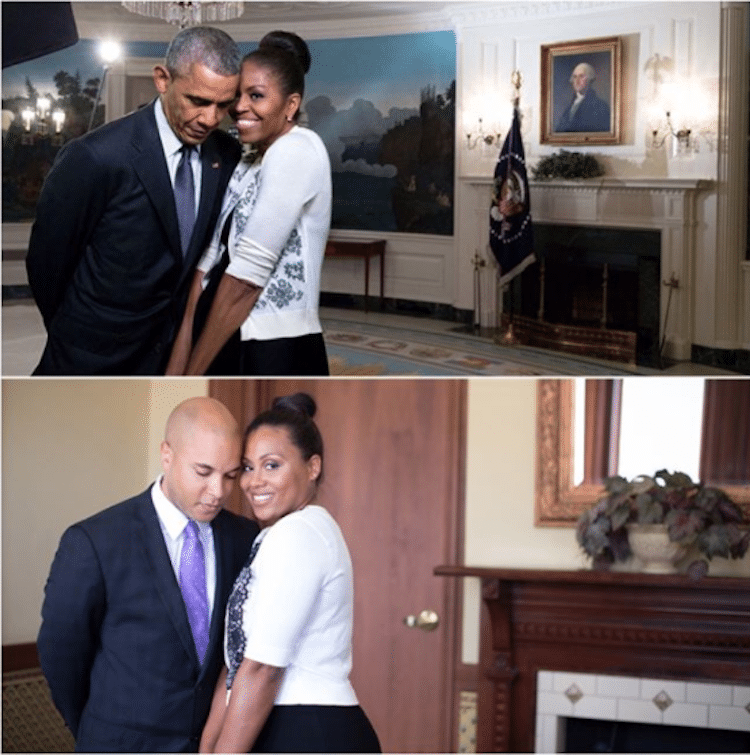 Barack and Michelle Obama may no longer be living in the White House, but that hasn't stopped them from retaining their title as America's favorite First Couple. During President Obama's 8 years in office, White House photographer Pete Souza captured their captivating love in an extensive collection of photos. Inspired by these snaps, creative couple Cassi and Adam enlisted the help of photographer Natasha Herbert and event planner Covesa Gragg to reenact them in a stunning series of engagement photos.

A self-described “wedding storyteller,” Herbert has a knack for capturing meaningful and memorable photos. Largely due to her extraordinary eye for detail, this talent is especially evident in the Obama engagement photos. In order to end up with images that are as authentic as they are aesthetically engaging, she attempted to accurately recreate as many details as possible, from the couple's outfits to the interiors' decorations. This careful approach culminated in an impressive collection of jaw-dropping photographs.

At first, Cassi and Adam wanted to reenact only one of the iconic images. However, as Gragg notes, they ended up emulating a handful of the heartfelt shots, which Herbert has since shared on her Instagram.”When our bride and groom said ‘can we try and duplicate one of their famous shots for our engagement pics?' I was like ‘let's do an entire shoot—we can do this and this and THIS!” Gragg excitedly told Essence. Fortunately, this enthusiasm is evident in the series of photos, which is just as beautiful the second time around!

For their engagement photos, couple Cassi and Adam asked photographer Natasha Herbert to help them recreate iconic photos of Barack and Michelle Obama. 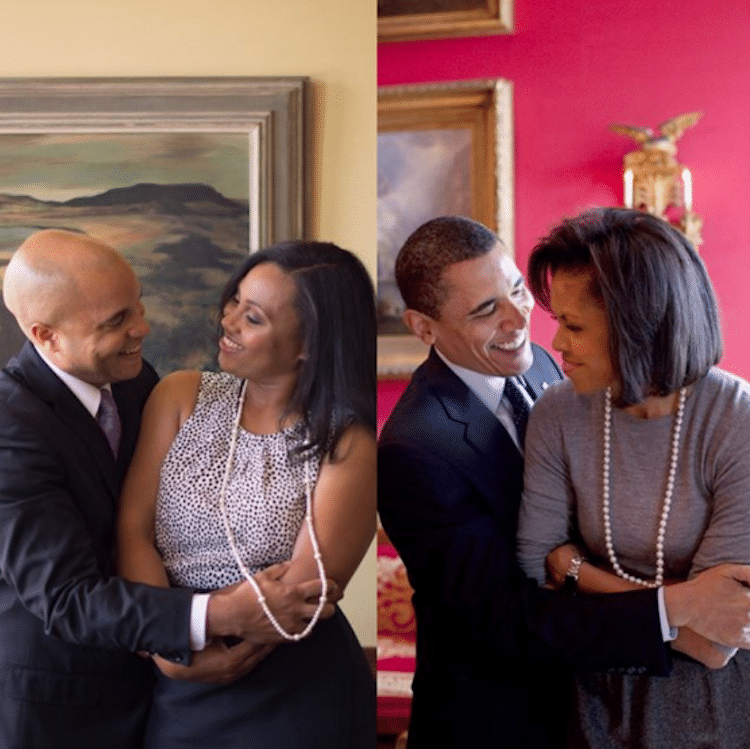 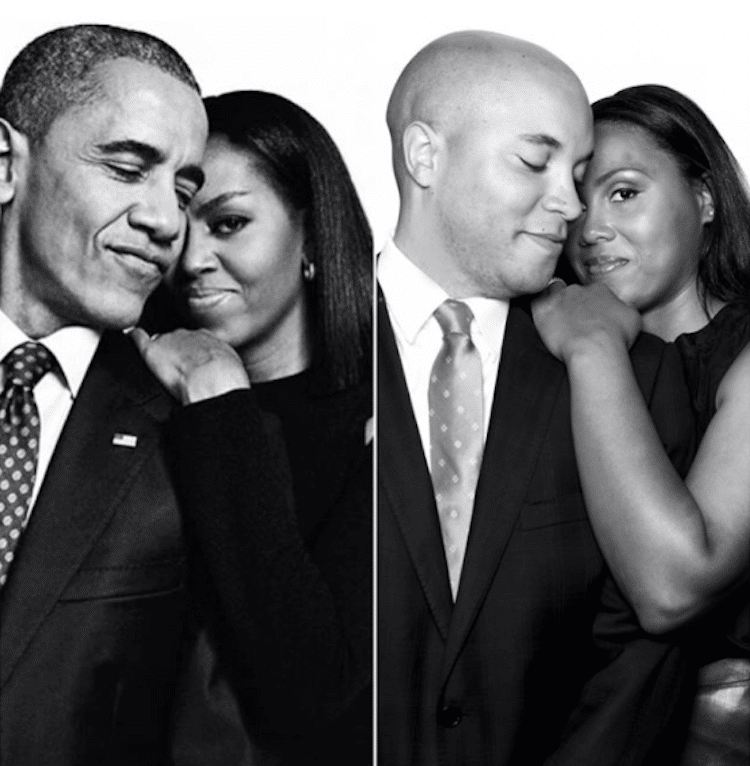 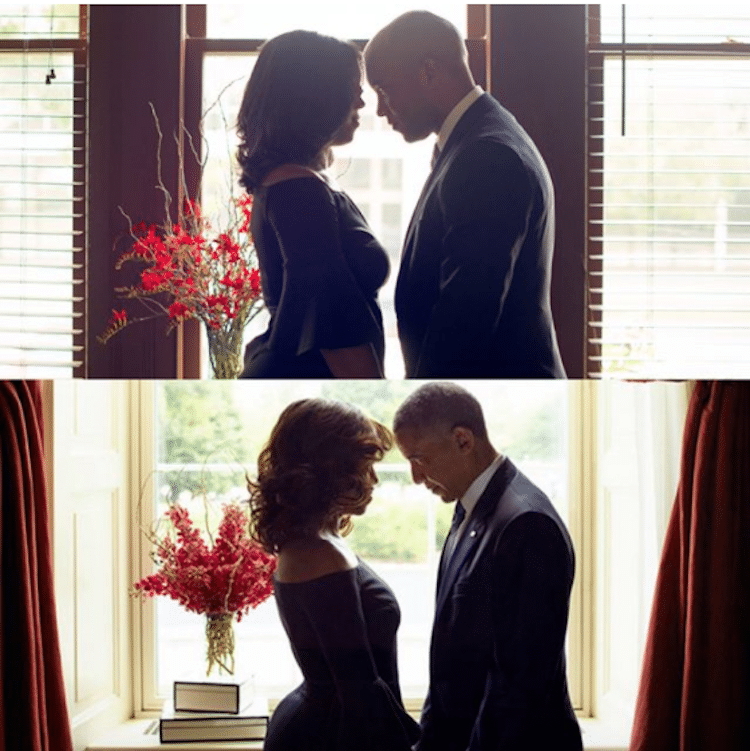 All images via Natasha Herbert.