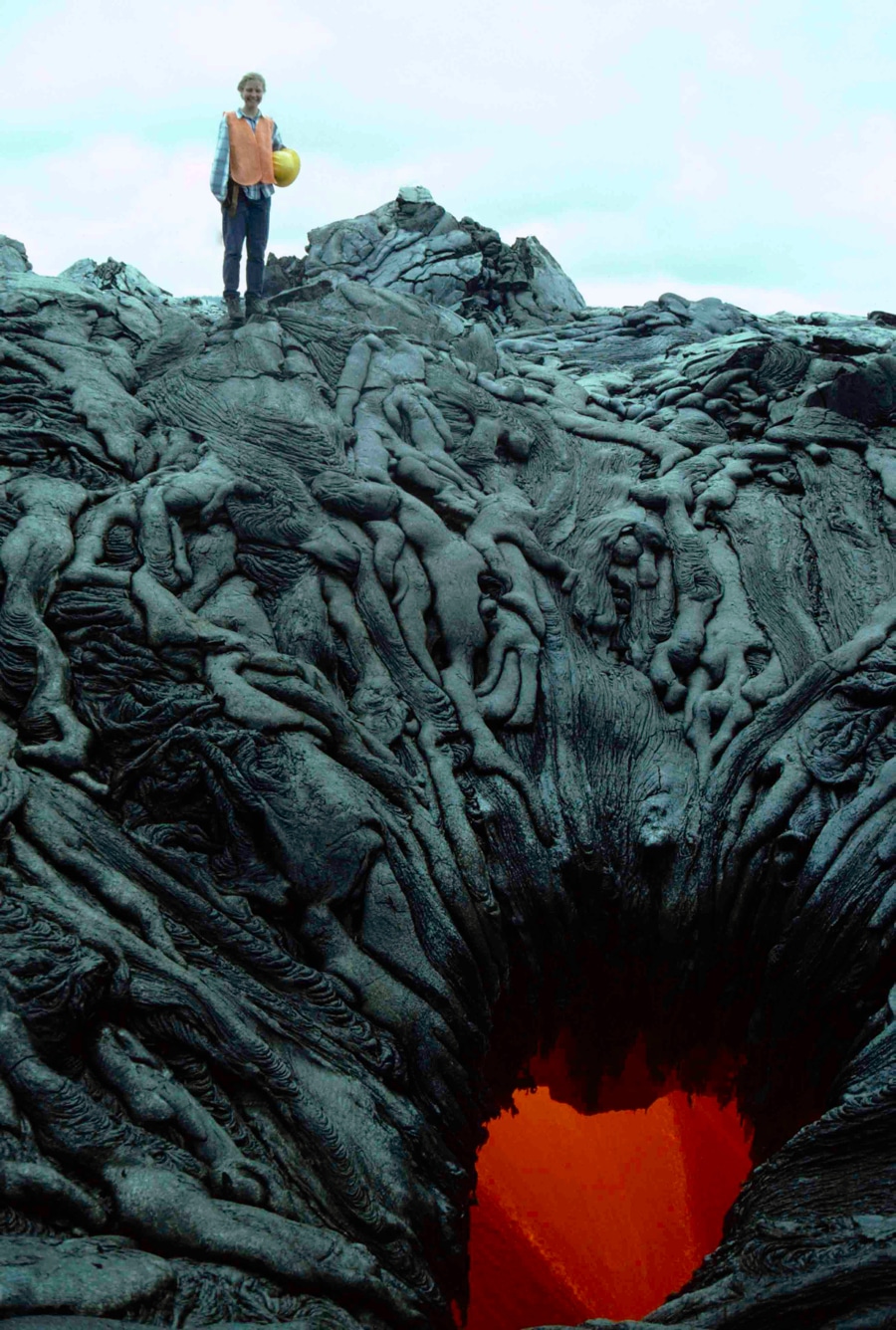 Intertwined like a mass of twisted bodies sliding into a pit, these bizarre lava formations are a creepy natural oddity. Located in Hawaii over the West Kamokuna lava skylight, this eerie photo juxtaposes the proud researcher standing over what looks like the gates of hell.

The photo was shot in 1996 by Laszlo Kestay, who is currently director of the USGS Astrogeology Science Center. So what is this image really showing? Sure, our imagination can run wild with demons being cast into oblivion or corpses sliding into a lava pit, but surely there is a scientific explanation. And indeed, there is!

What we're seeing are masses of different lava flows that have dripped into a lava skylight. They've formed a crust around the skylight, probably due to a loss of heat around the area. Just what is a lava skylight? Molten lava can actually travel across channels called lava tubes. Buried underground, these tubes only become visible when part of the roof collapses, creating a lava skylight.

And in this case, the skylight, combined with subsequent flows, has caused an incredible natural formation that appears like bodies oozing into the inferno. 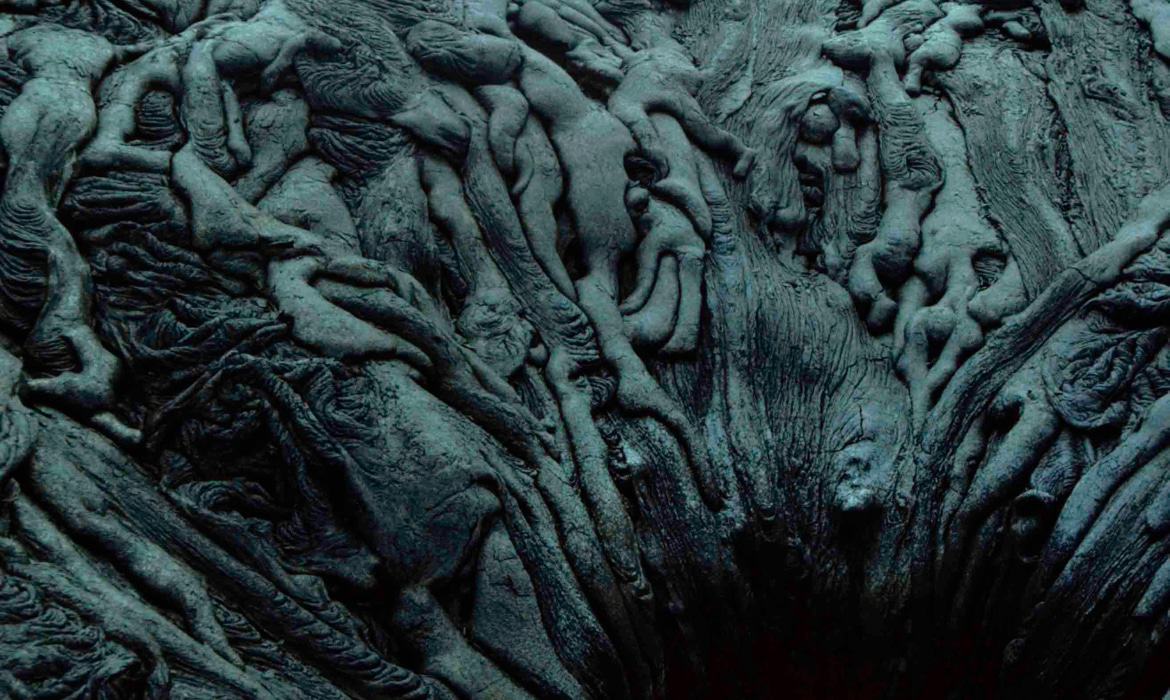 Just how was this eerie lava formation created? It's all owed to the West Kamakura lava skylight. Watch this video, which explains how they're created.