If you live in the northeastern United States, chances are that you were greeted with a wintery mix of ice, freezing rain, and snow on March 14. Some places were hit harder than others—Washington, D.C. received a mere 2.5 inches of snow, while those who reside north saw a much different landscape when they awoke that morning. Meteorologist Ron Murphy was in the midst of the “Pi Day” storm as it pelted his Apalachin, New York home with 22 inches of snow. To show the precipitation's massive entrance, he captured three time-lapse videos that documented his deck gradually being covered in a blanket of fresh powder.

During the storm, Murphy left a total of three cameras out in the elements. Two of the cameras snapped a picture every minute while the third logged temperatures.“Both cameras were about 12 inches off the ground,” he explains in a YouTube post. “At the end of the video the snow was about 19 inches. So there is a wall of snow between the camera and other stuff. Except for the last part which is attached to a window above the deck.”

Murphy’s trio of footage was shot from 2:00 a.m. to 8:24 a.m., during what seems like the height of the storm. A fourth device remained toasty inside—attached to a window—to snap footage of the trees. The results will make you want to curl up with a cup of hot cocoa and watch the snow fall.

Even if the snow has melted, you can still watch it fall. Check out the timelapse footage from Ron Murphy, below:

Just a short timelapse. The snow starts around 230 am edt. The video ends at 449 am edt. 7 inches! #PiDayStorm #nywx @weatherchannel pic.twitter.com/73e6QaIHRE

Here's how he set up his cameras. “Raspberry Pi” refers to the type of computer he used. 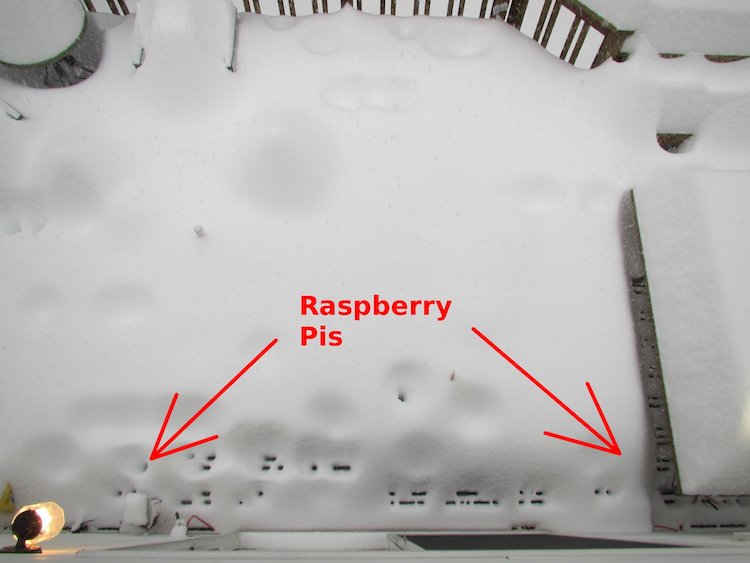 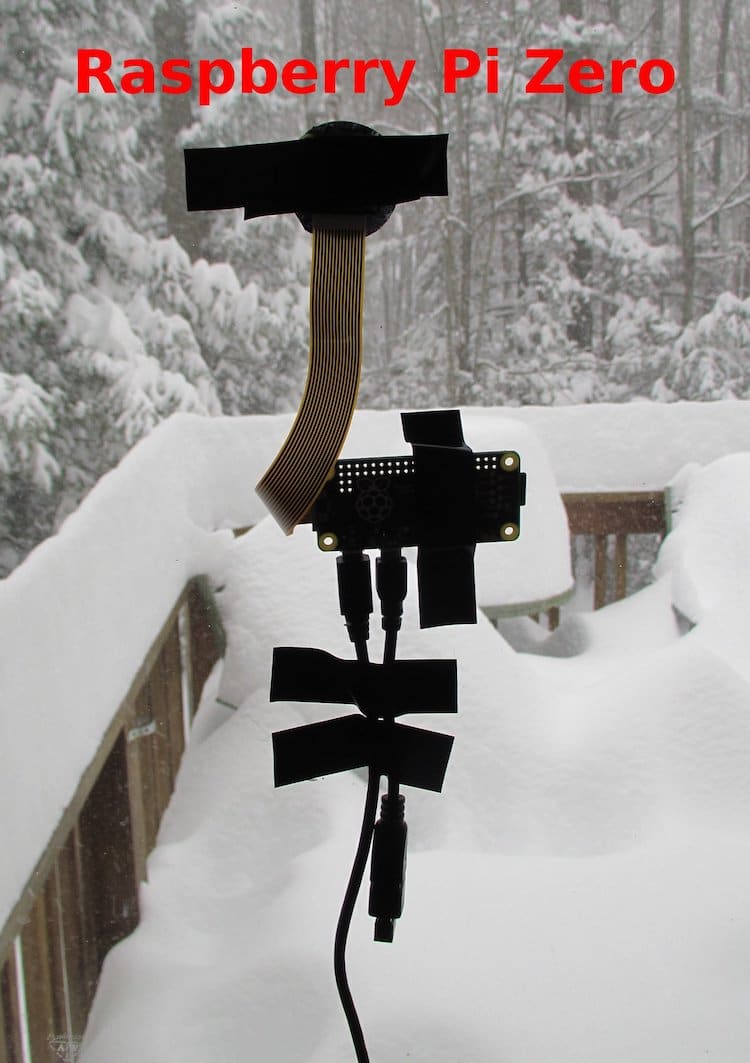 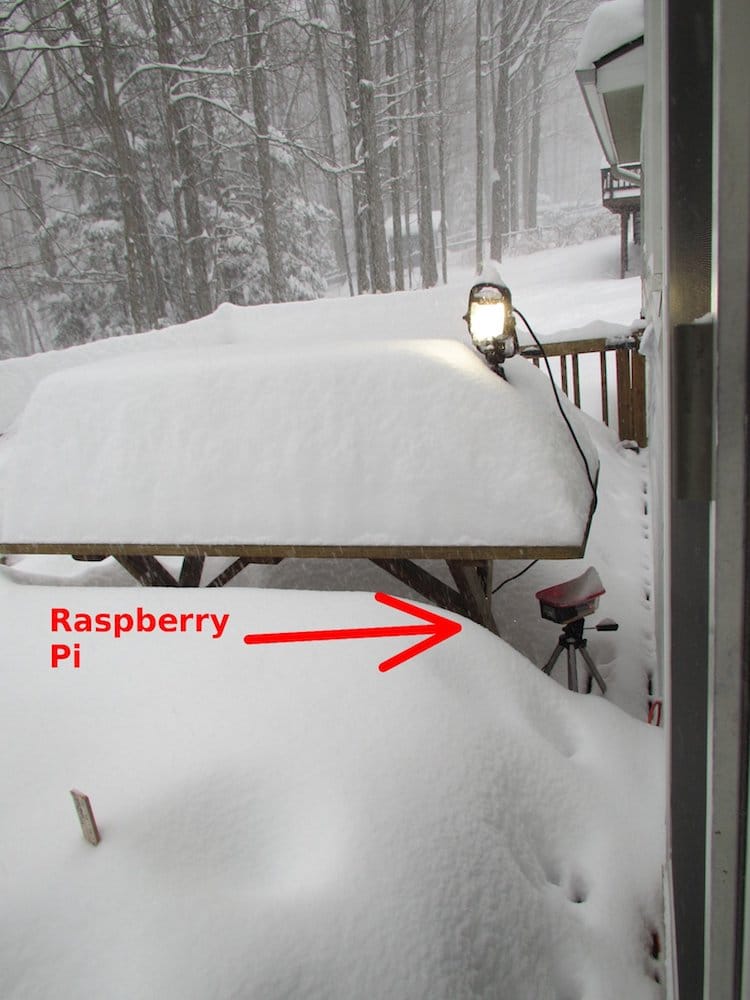 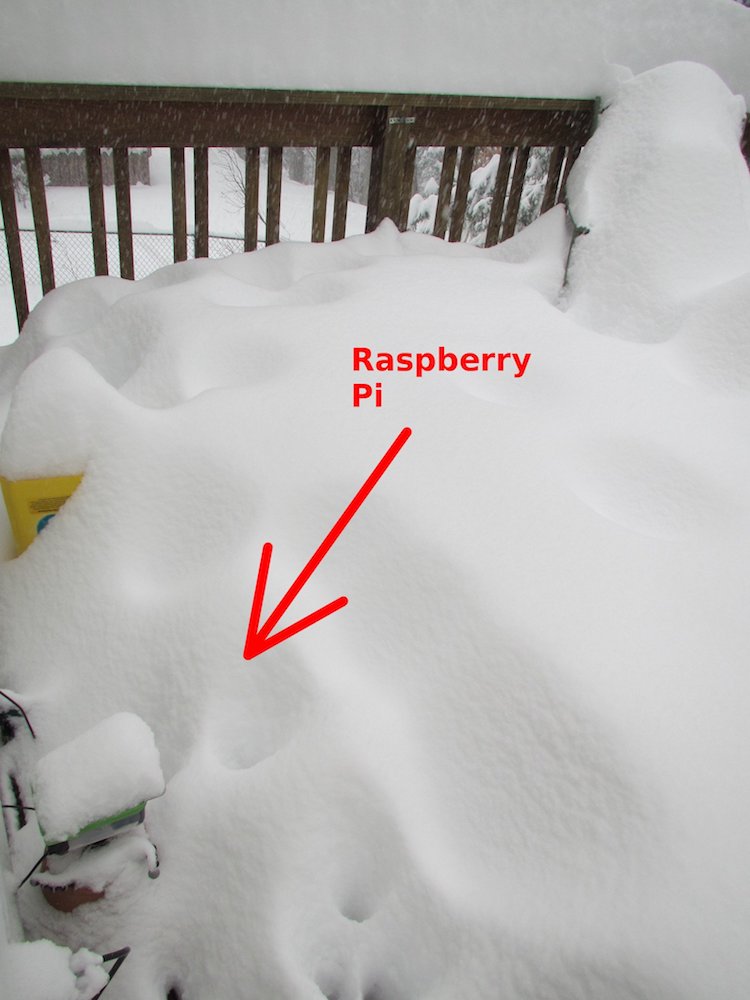 All images and video via Ron Murphy.