Pixelated Beagle Made of 221K Sprinkles 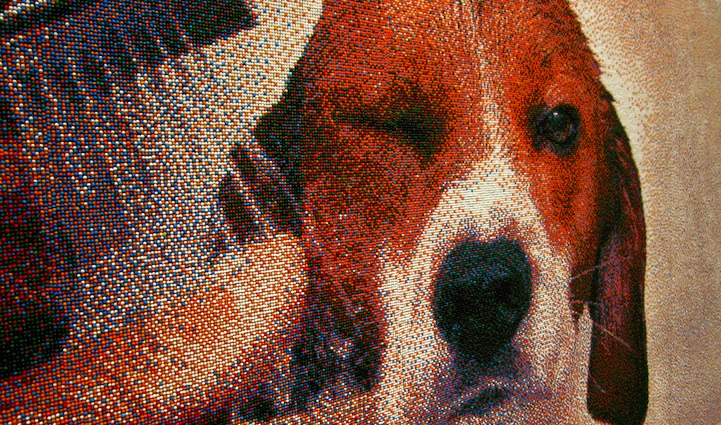 For a fine arts project at his university, Joel Brochu was tasked with using the pointillism technique, invented by post-Impressionist painter Georges Seurat, where small dots of pure color are repeatedly applied to a canvas until it forms an image. The original project called on him to recreate a piece of furniture. Using 22 different shades of paint to form a chair, he completed the task.

As he tells us, “It was painstaking work, but the effect was awesome. Although resembling a van Gogh painting, I loved the finished product and it immediately spurred my creativity. I began to look anew at the everyday objects in our lives.” He then thought to himself, “If simple dots of paint could create an artistic representation of our world, without the use of much artistic skill or ability, what other treasures lie in plain sight ready to be explored?”

Now captivated by this technique, Brochu started experimenting with M&Ms but he soon discovered that, due to their size, you had to stand hundreds of feet away from it to actually see the image. “I really wanted to ‘wow' people,” he says, “so I needed something small but colorful. Thank God I noticed nonpareils at a local bakery.”

Nonpareils, which are tiny balls (1/16 of an inch wide) made from compressed sugar and used for decorating cakes and cookies became his medium of choice. He searched for a photograph until he found Shingo Uchiyama's photo of a beagle on 1x.com (shown immediately below). After he asked for permission to reproduce it, he set out to find a way to remake it using these sprinkles. 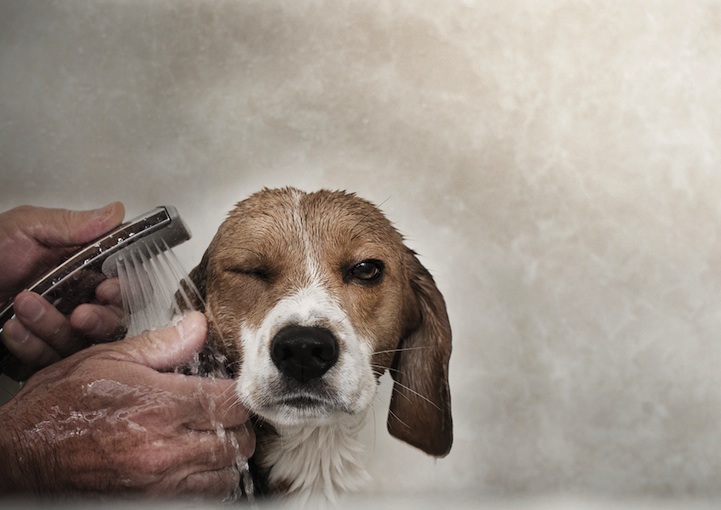 “I can't share all my creative secrets, but I rely on two programs: an old version of MS Paint, which enables me to manually modify the position of each color, and a crude but effective program designed by a close friend who's a technological whiz,” he shares. “I should mention that she's studying to be a software engineer. The program breaks images down into pixels and then produces a printable template which tells me where to place each color. I've heard that Photoshop can do the same thing, but I haven't a clue how to work it.”

Using jewelry tweezers, Brochu then meticulously placed each sprinkle by hand, adhering it to a board with the help of double-sided tape and a thin layer of glue.

From start to finish, this bathing beagle took a total of 8 months to create. It was such a long process that Brochu almost gave up. “Halfway through, I was ready to abandon the project entirely. Looking at what remained to be done was daunting, but, at the same time I was dying to see the finished piece. I couldn't stop. I had to finish it. I wouldn't let myself give up no matter how much I wanted to.”

Astonishingly, Brochu only used six colors of sprinkles to create this 4-feet by 1 1/2-foot photorealistic piece. “Nothing was digitally manipulated,” he says, “all the colors you see were created solely with those six sprinkle colors.” The final image is best viewed at a distance of 16 feet. In total, 221,184 nonpareils sprinkles were used. Amazing. 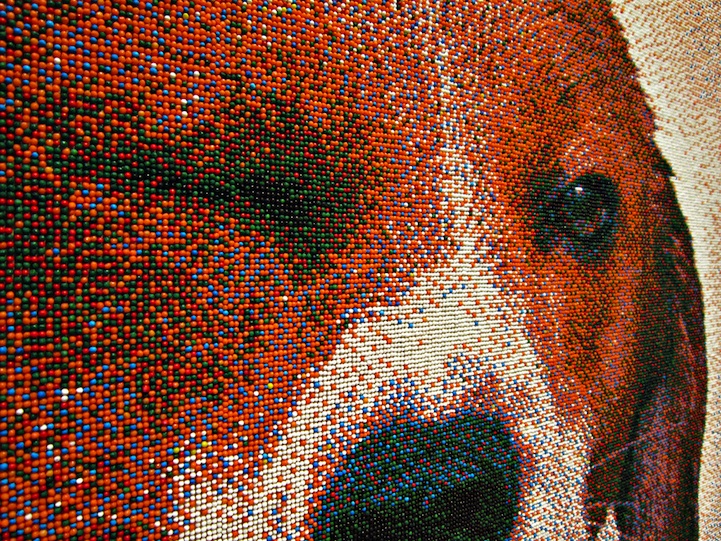 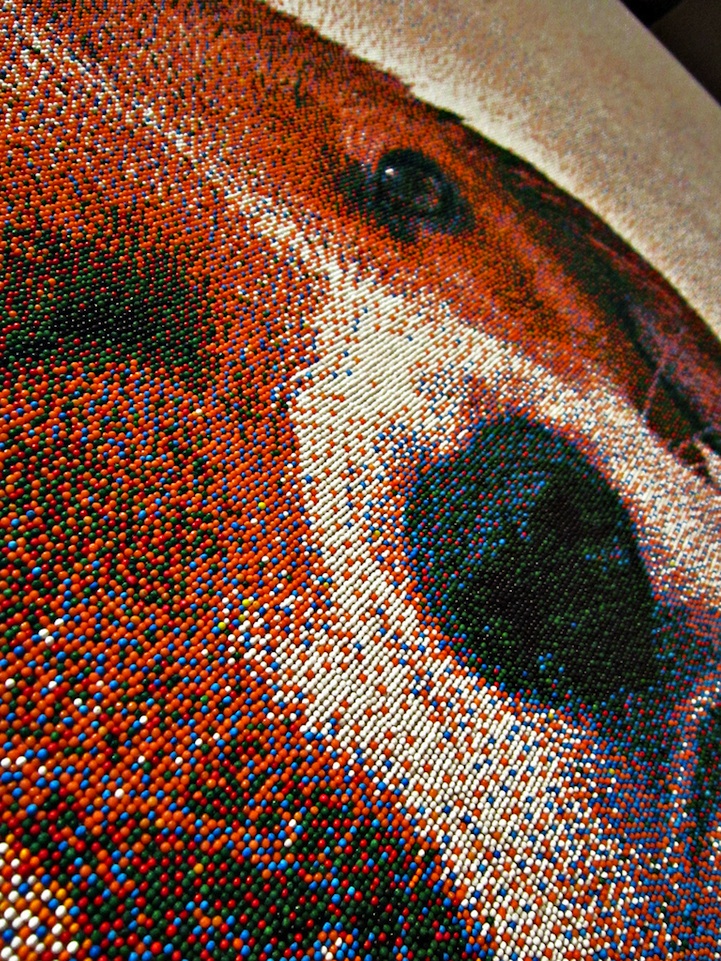 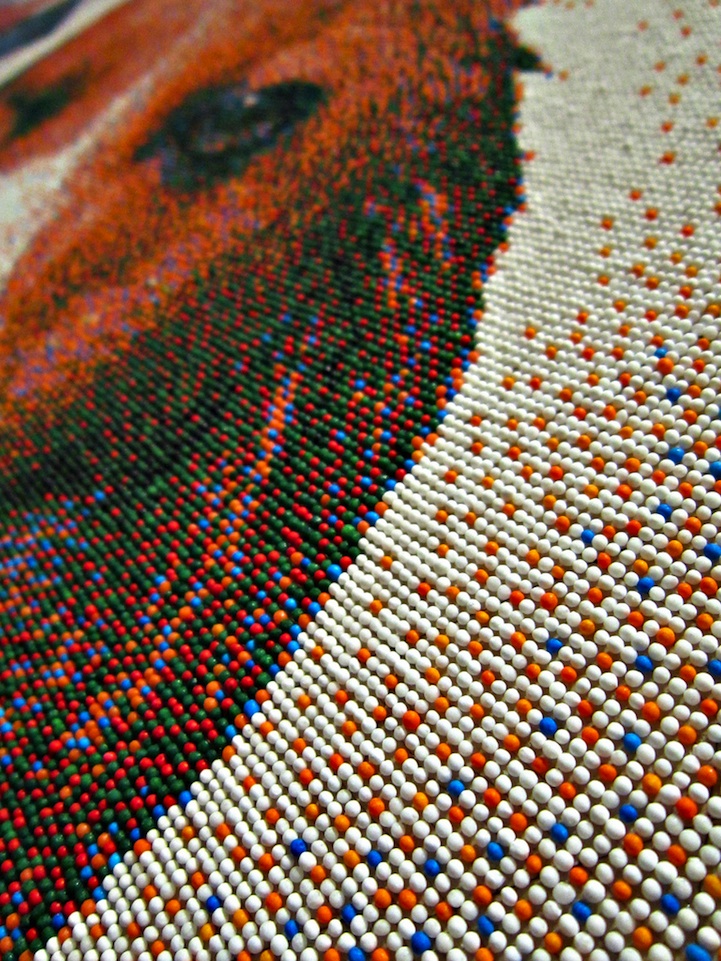 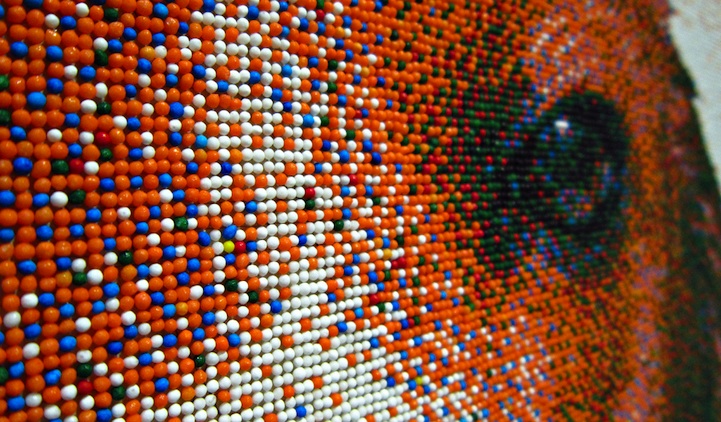 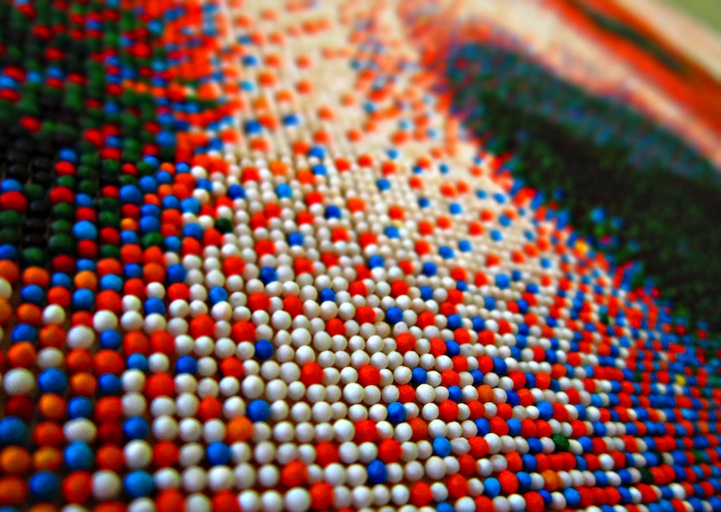 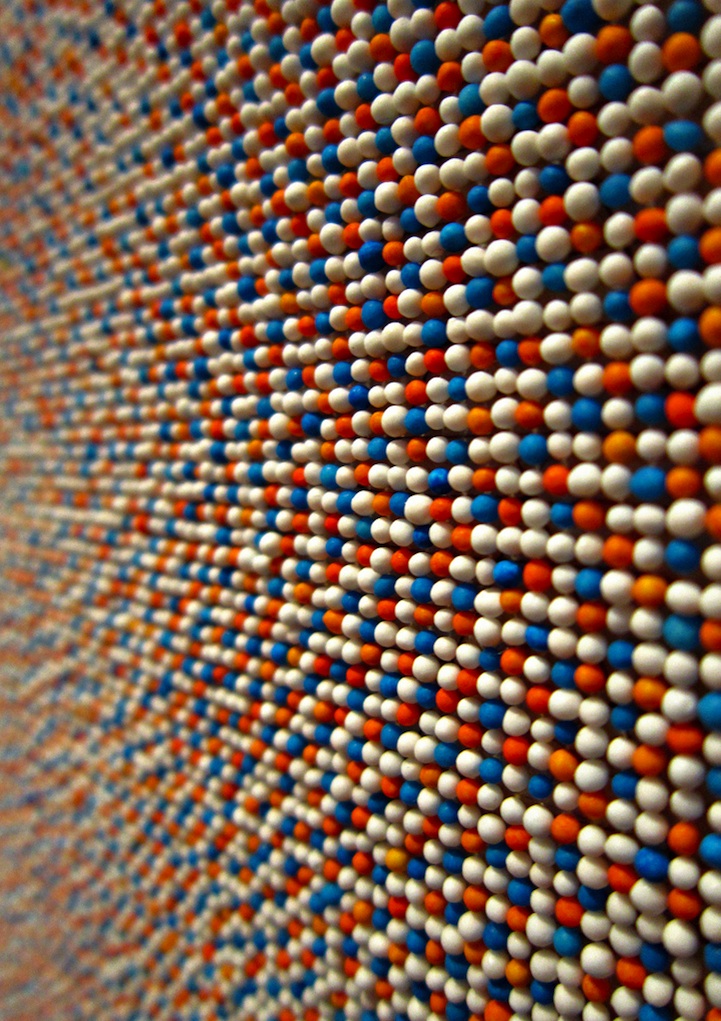 Thanks for the tip, Amanda K!