Photographer Illuminates Fruits and Vegetables From the Inside Out 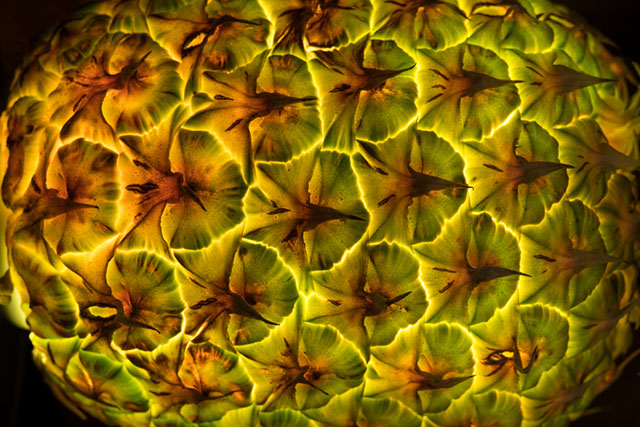 Photographer Radu Zaciu illuminates fruits and vegetables from the inside out in his unique photo series, “The Light Inside.” The project was spawned when Zaciu began experimenting with lighting techniques and decided to try putting light bulbs inside hollowed-out edible items. The concept is similar to a Jack-o'-Lantern, except instead of cutting directly through the skins, Zaciu left thin layers of the external walls intact. This allows the light bulbs to illuminate the natural fibers of the skins, providing a new look at the makeup of the things we eat.

For his subjects, Zaciu chose a mix of popular and harder-to-recognize foods. Cauliflower, green and red cabbage and a sprouting potato appear alongside the more photogenic pear, strawberry and pineapple. 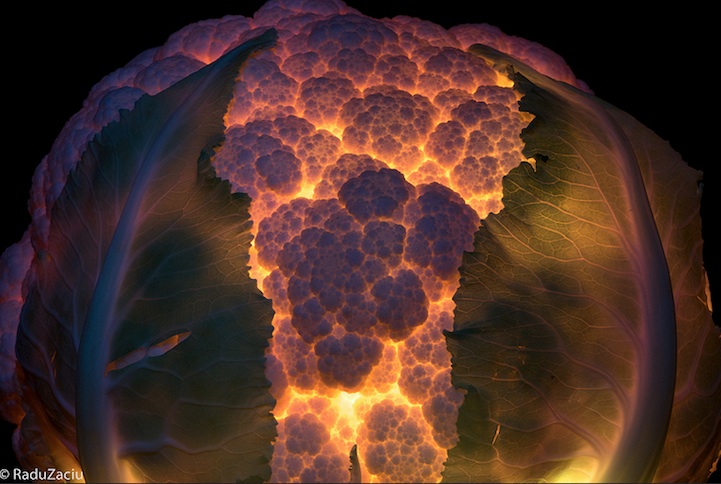 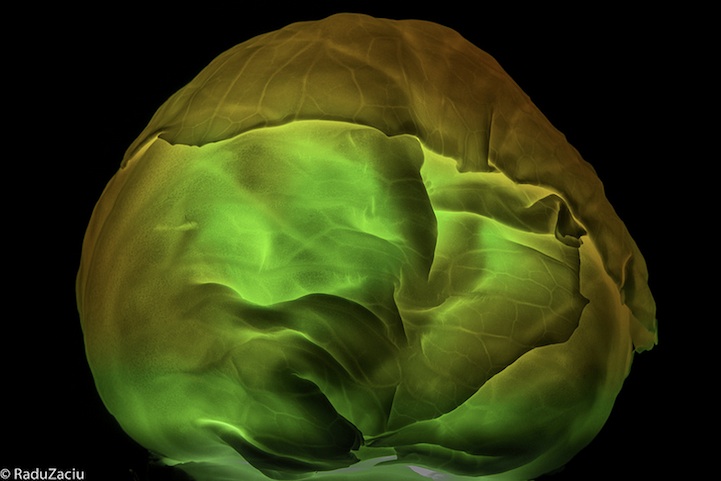 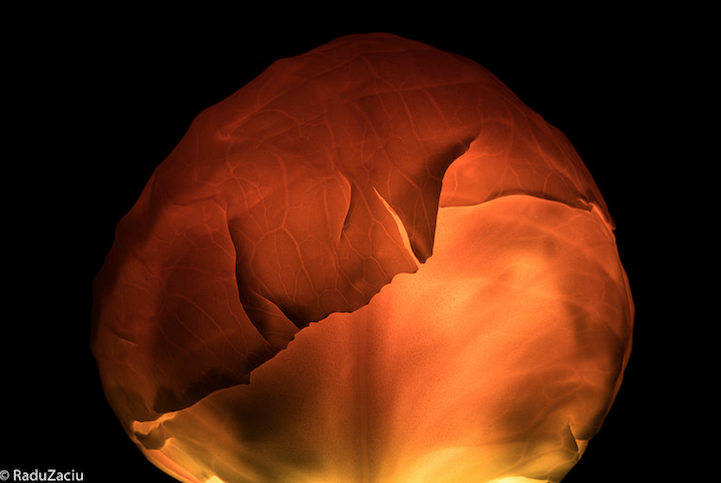 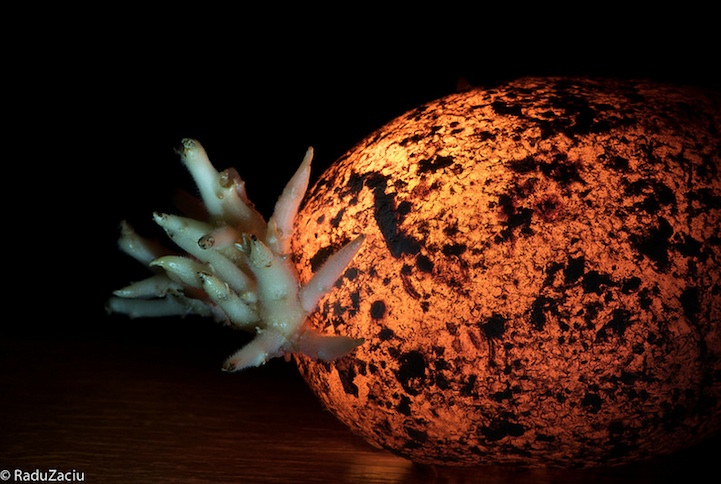 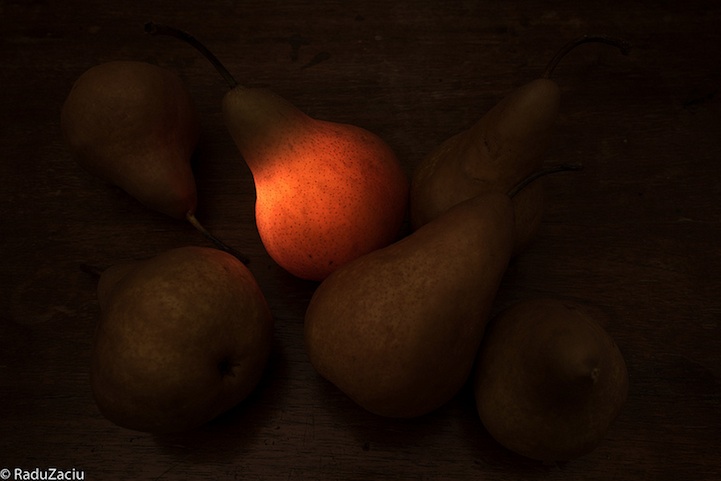 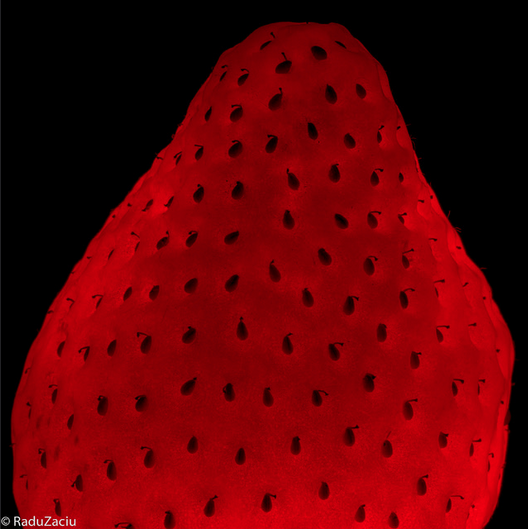 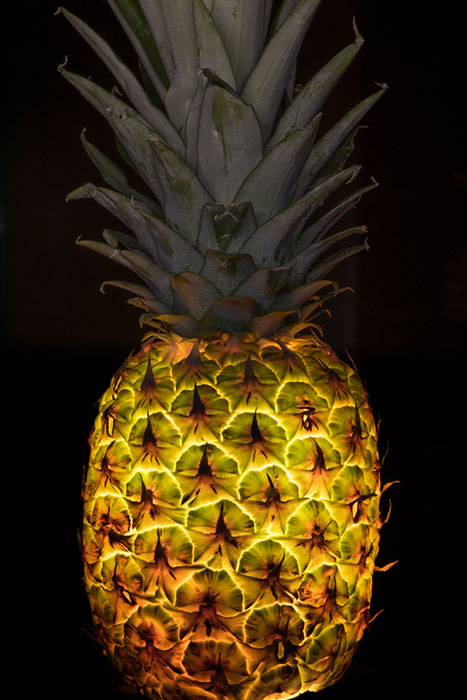