Interview: Ren Koster’s Amazing Journey to Antarctica on a Historic Ship Built in 1911 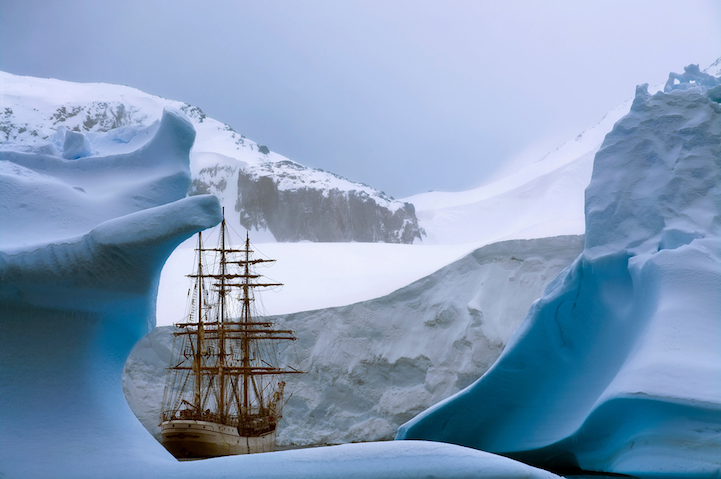 For his project called Antarctica, photographer Ren Koster traveled to the South Pole on a sailing ship built over one hundred years ago. Known as the Bark Europa, the historic vessel was constructed in 1911–within the same period that the last great expeditions left for the icy continent–and Koster was fascinated by the history of it all. “Thoughts of frozen ships trapped in ice-covered seas cross my mind, images of the photographers who joined these expeditions to report of the unexplored,” he excitedly postulates on his website. This swelling sense of intrigue and curiosity is what lead Koster to repeat history and travel in the same way the explorers in the early 20th century did.

The legendary ship took three weeks to reach Antarctica. Although the journey was authentic, Koster shot all of his images with modern equipment. “Personally, I feel no need for the photographs to look as if they have been created with techniques of the early 1900s,” he explains. He chose to work in color and allow the grey landscape to enhance the breathtaking blue ice. Koster did, however, try to avoid elements of the modern day and instead convey a sense of timelessness, desolation, and stillness.

The results of this long adventure are stunning. Koster captures the brilliant, striking tones of the landscape with a limited palette of blues, whites, and deep greys. In addition, he depicts just how vast Antarctica is–the few people pictured are dwarfed by massive glaciers and choppy waves. Even the boat, with its tall sails, looks tiny as it bobs and sways in the water.

We had the chance to ask Koster a few questions about his exciting series. Scroll down to read our exclusive interview with the adventurous photographer. 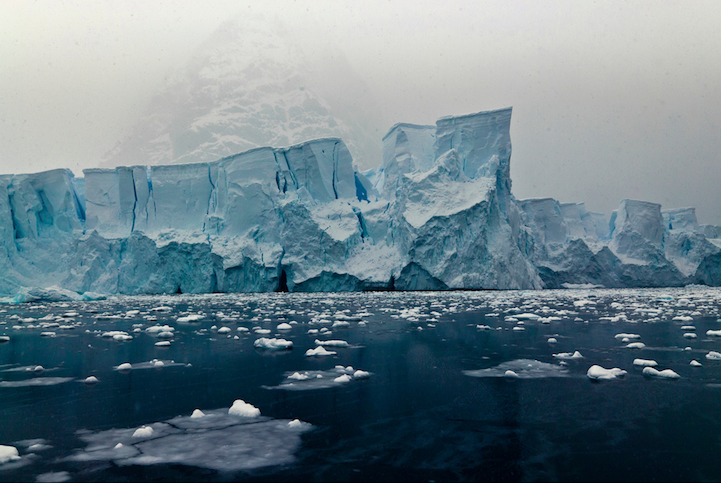 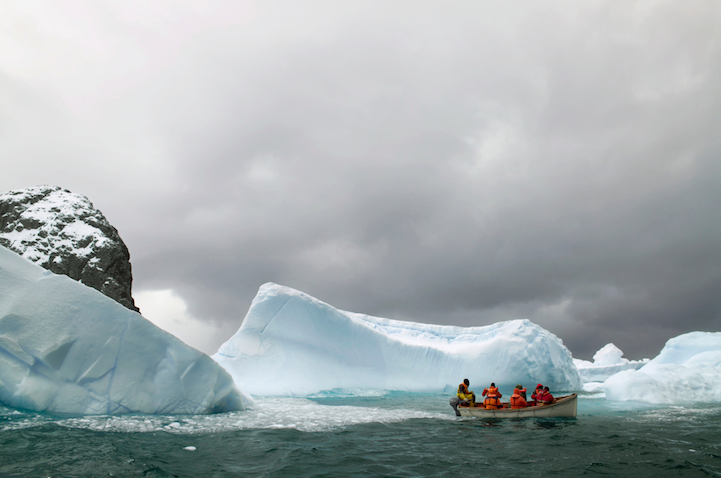 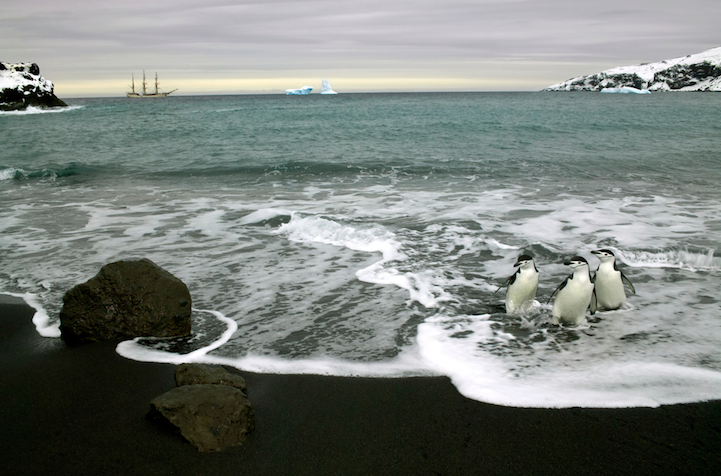 What was it like travelling on a ship from 1911?

The Bark Europa was built the same period the last great expeditions left for Antarctica. Making this journey by a tall ship with such long history is extraordinary; feeling exposed to wind and weather. You could clearly hear the water striking the ship, the wind swirling around the ropes. But then I found the twilight filled nights so mesmerizing one forgets the cold and lack of sleep.

How did you find the vessel in the first place?

Dutch writer Marco Barneveld and I were very pleased to be invited by the shipping company. We teamed up a long time ago and have been making travel stories together on a regular basis, working internationally. 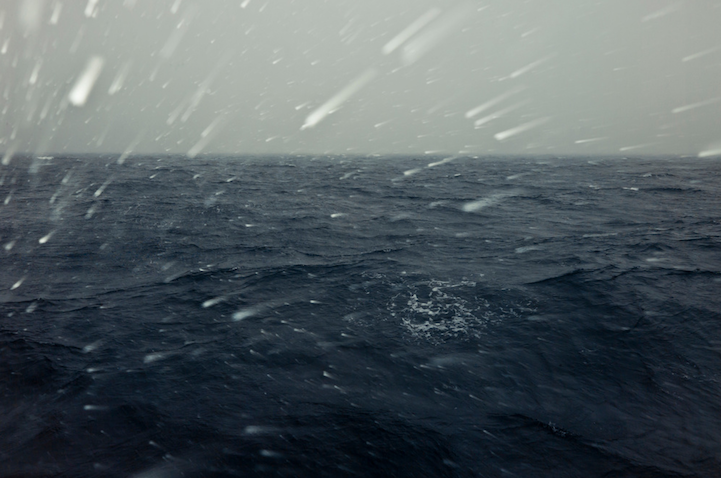 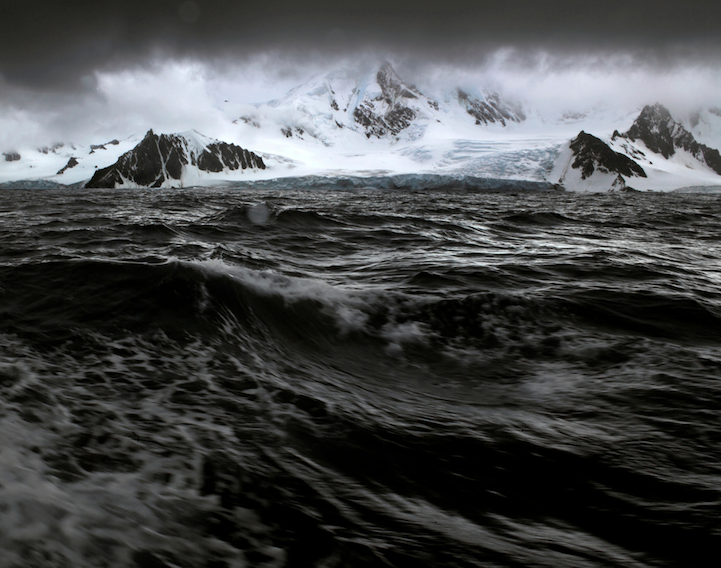 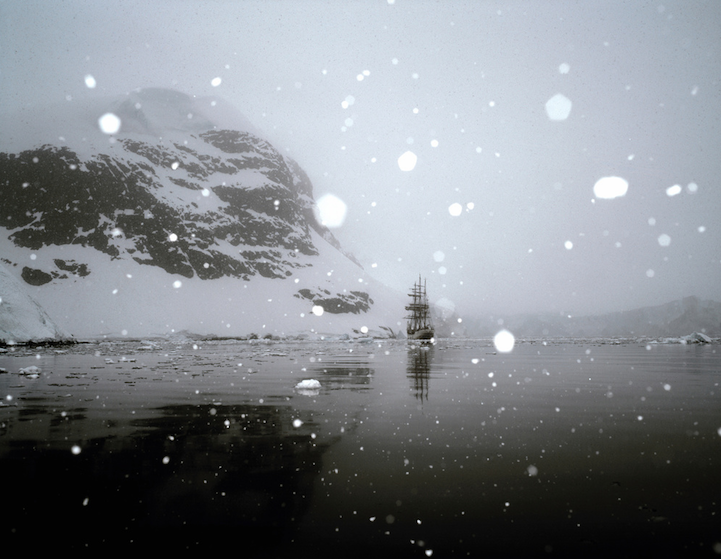 What was the most challenging part of your journey?

Getting to Antarctica was quite a challenge itself, crossing the Drake Passage by tall ship. This Passage is feared and known for the heavy storms that dominate the area 200 days a year. And the day we crossed through was no exception.

Once we arrived in Antarctica, the contrast between the violent seas we had faced earlier and the immense silence of the ice-filled landscape couldn't be greater. All the passengers on the ship fell quiet. There, all references with the modern world are gone. It's like entering a complete new world that has its own rules and will. I wonder how Shackleton must have felt when this landscape appeared before him.

What are you hoping viewers take away from Antarctica?

During my time on Antarctica I felt that the slow rate of travelling by sailing ship influenced my way of taking photographs. For me the harsh conditions on this continent emphasize the beauty and the tragedy in the landscape. This continent is so impressive, it makes one feel humble. 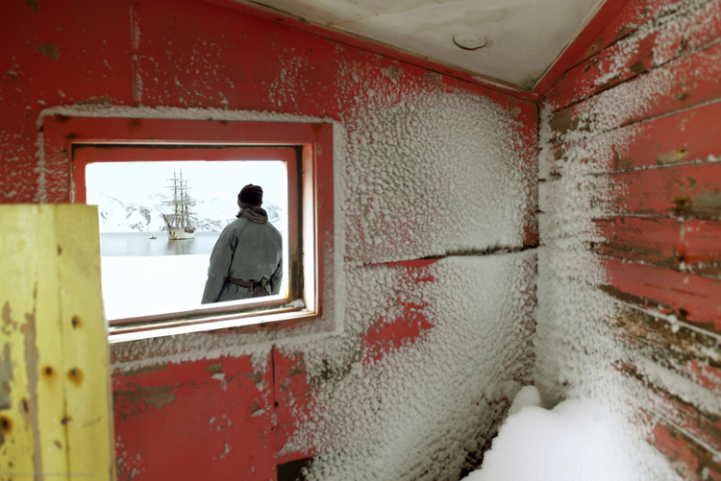 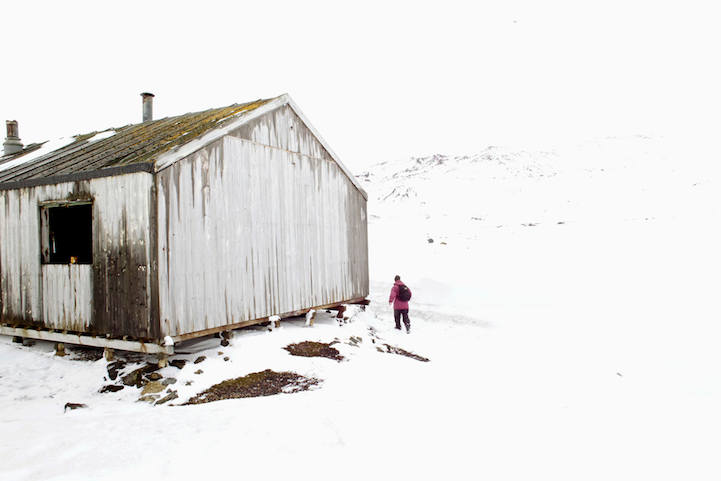 Starting March 12, work from the Antarctica project will be on view at ImageNation 2016: Eyes on the World in Desenzano del Garda, Italy.

My Modern Met granted permission to use photos by Ren Koster.