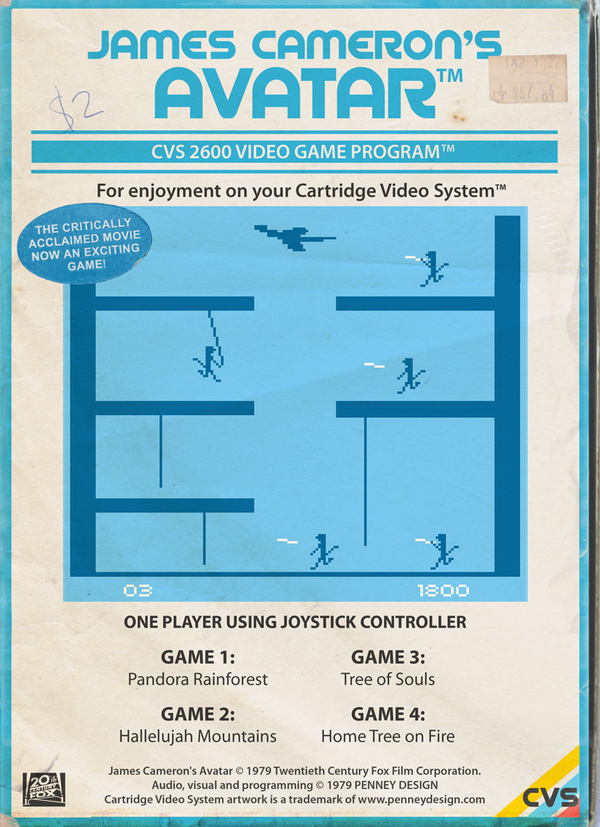 For those of you who liked Pixels, you're going to love this. Australian designer Robert Penney made these clever mock-up video game packages for his series, Retro Games with Modern Themes. Basically, Penney's taken modern movies like Avatar and the Dark Knight and remade them into retro video game covers. And for all of you kiddies out there, yes, there was a time before your Nintendo Wii and Xbox 360.

I equally love Penney's description of his series,

“Picked these up really cheap from a charity shop in an alternate universe. They're a bunch of old '70s/'80s video games made to cash-in on (then) current movies. Tokyo Drift didn't work at all… something rattles inside when you shake it and it looks pretty water damaged anyway. The previous owner obviously didn't look after it in the '80s. The Avatar game works fine and really resembles the original 1979 hit movie. Anyone old enough to remember the '80s TV show Lost? It was on before Degrassi Junior High and The A-Team. Well, the game is like the show, but I never finished it because I always died carrying the dynamite back from the Black Rock. Also that old monster movie Cloverfield from the '70s had a pretty addictive video game counterpart. Oh, I also found a pretty cool second-hand scarf.” 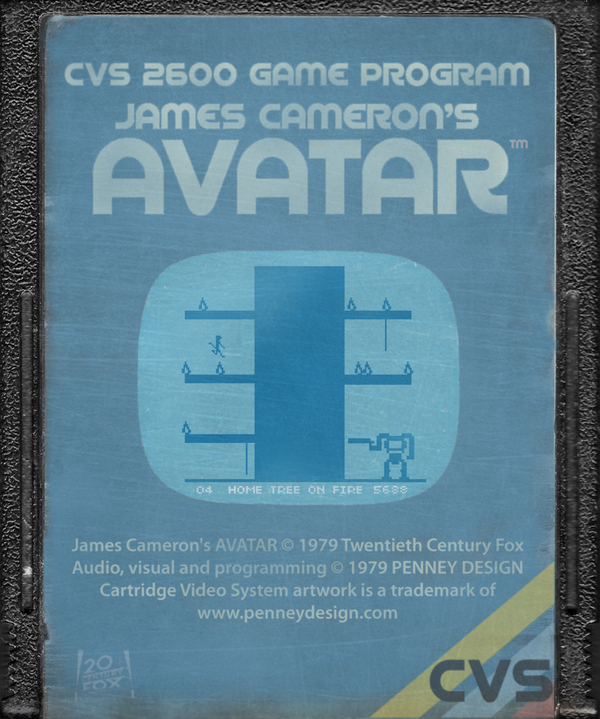 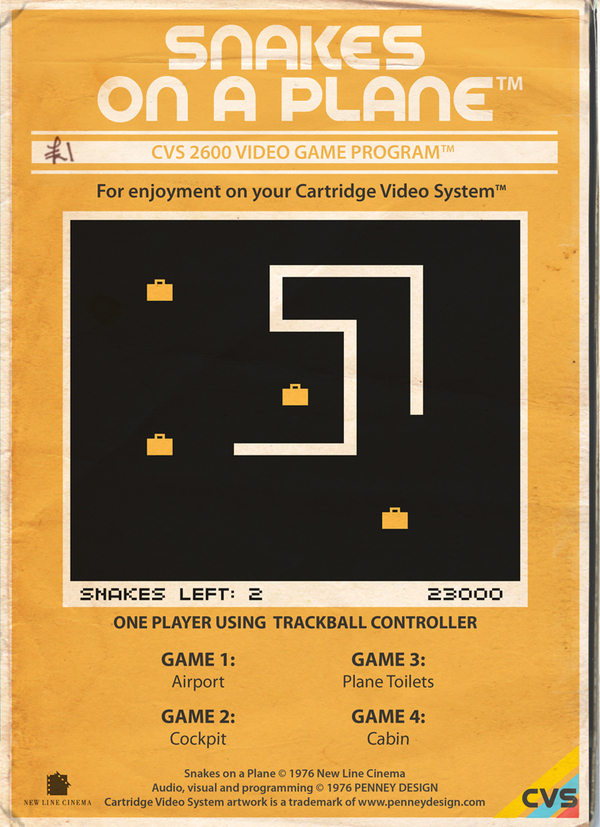 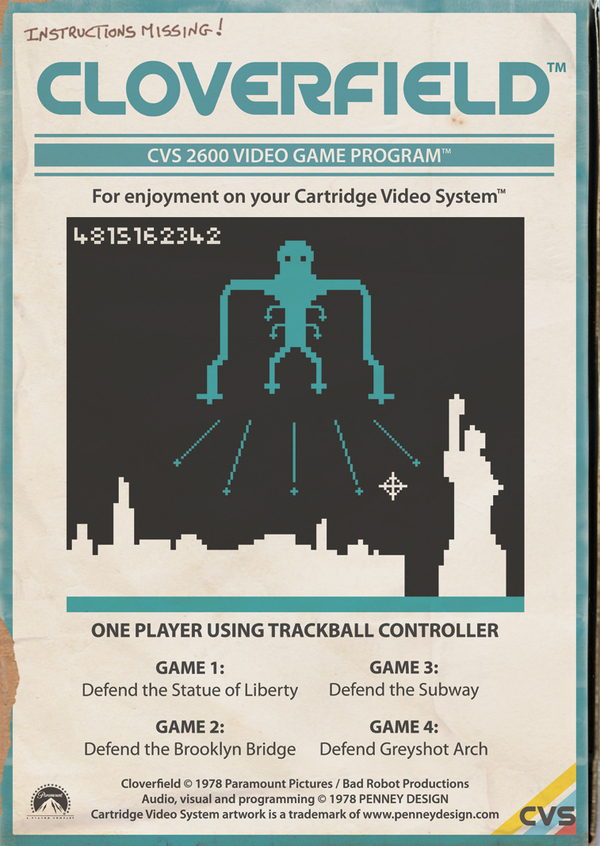 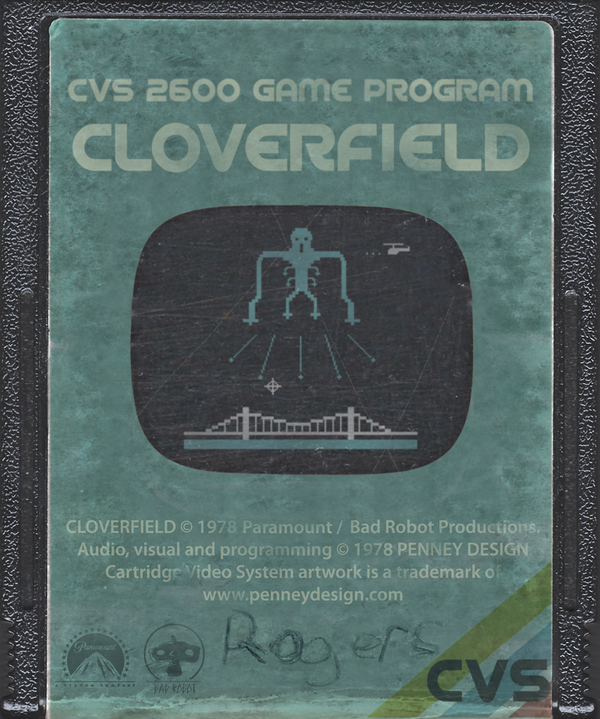 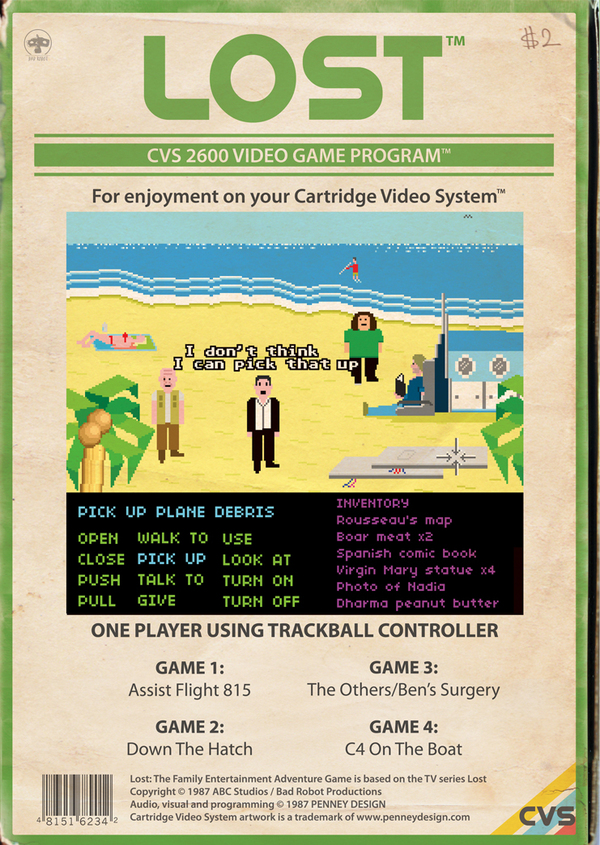 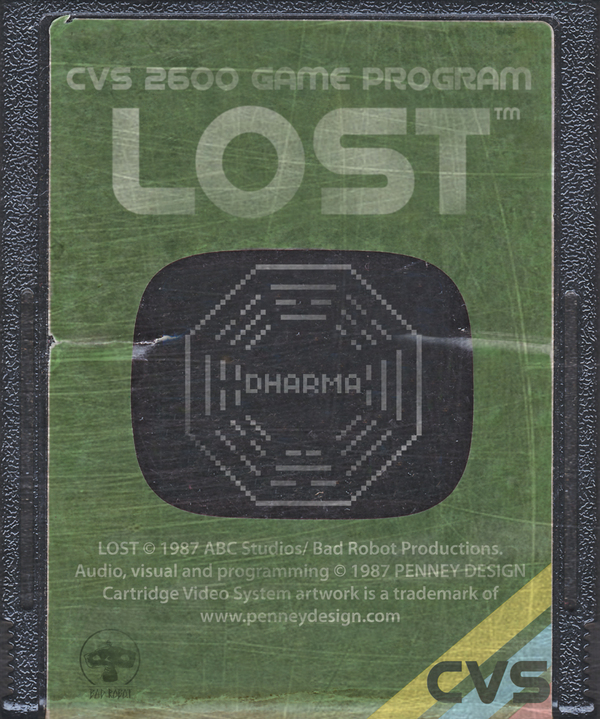 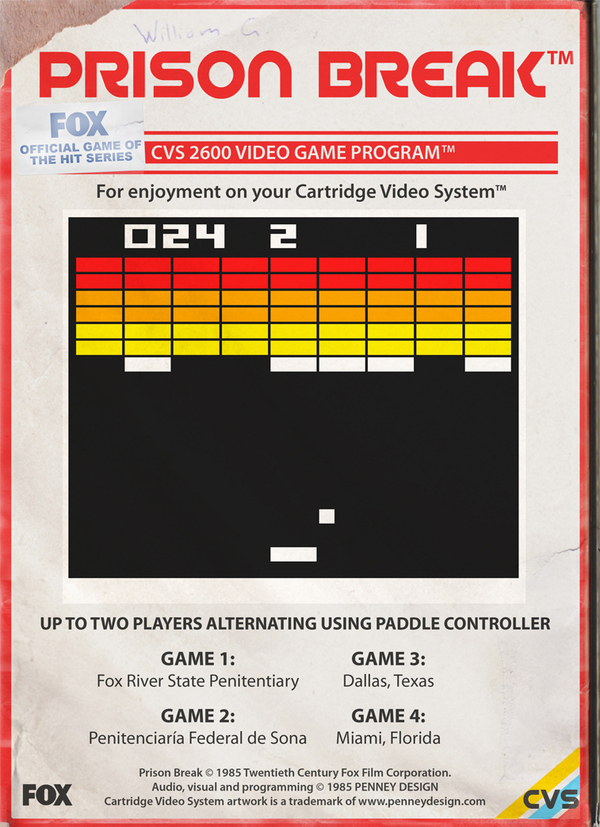 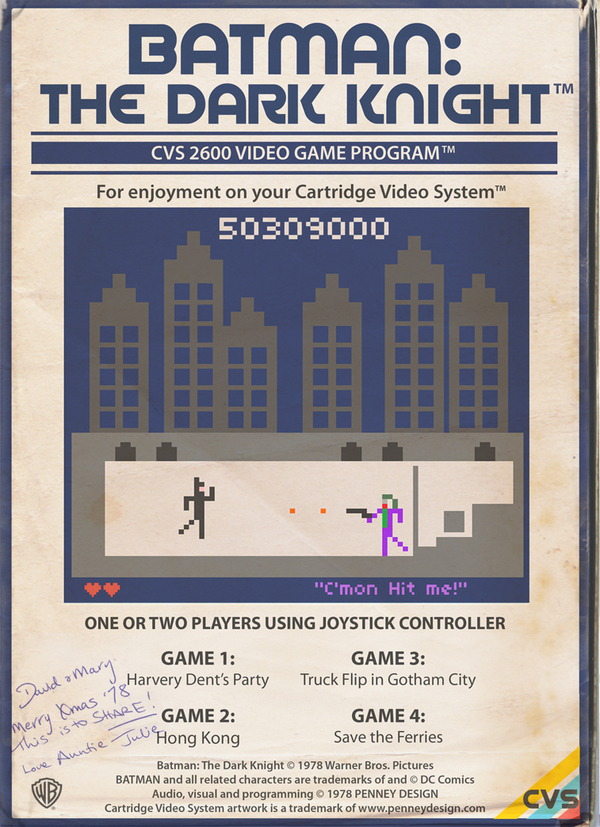 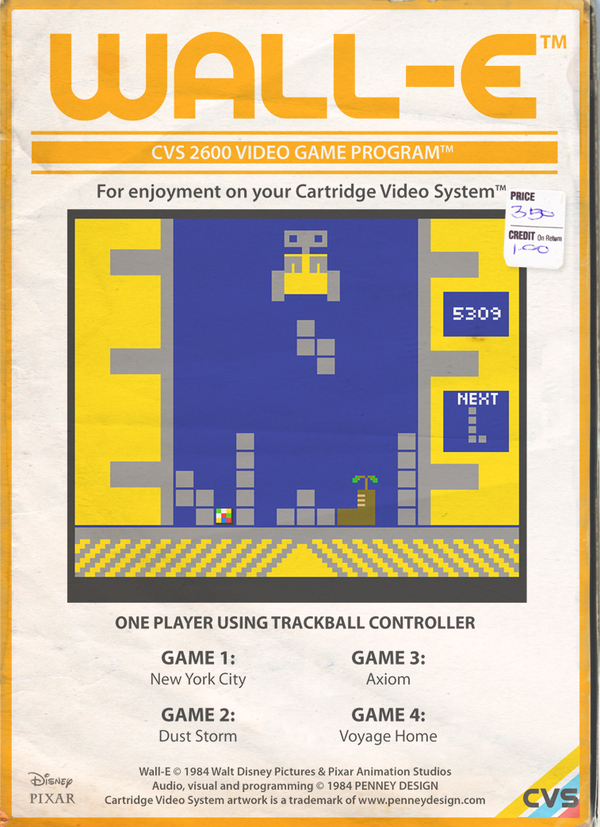 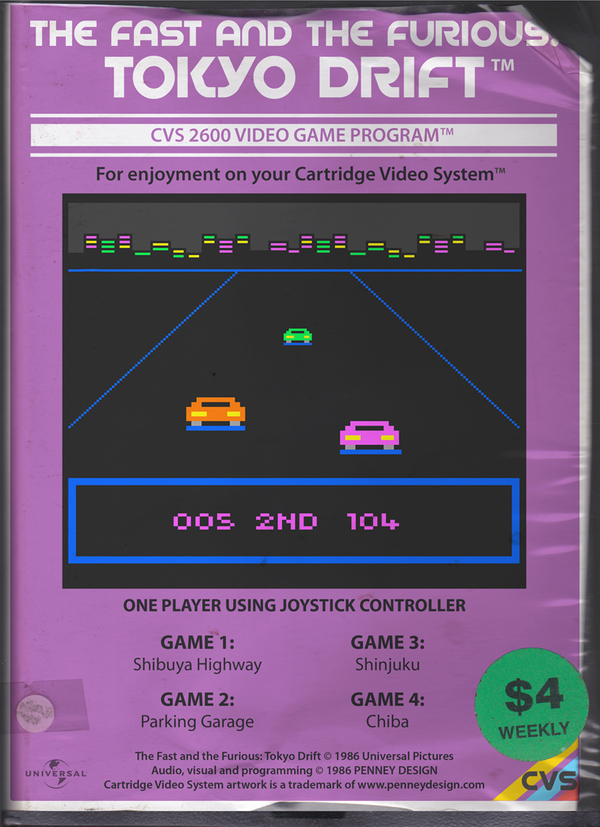 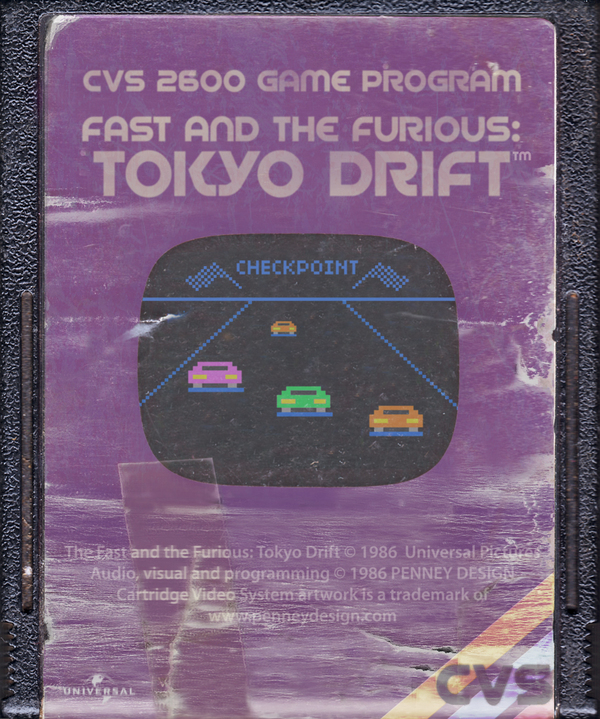