Interview: Photographer Captures Images of Uncontacted Tribe in the Amazon 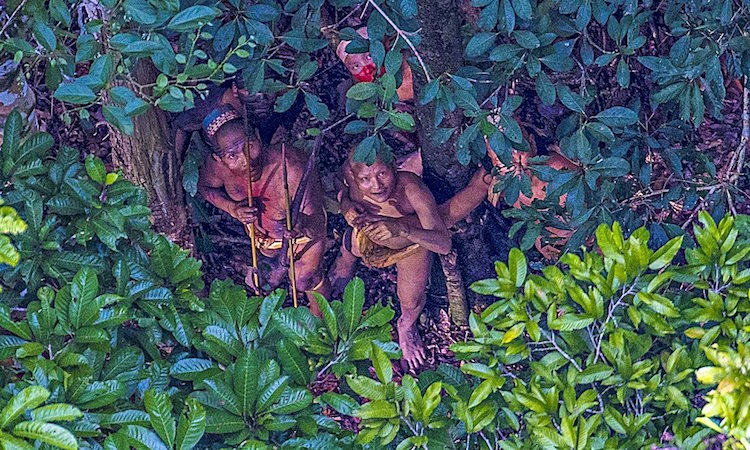 Brazilian photographer Ricardo Stuckert was in for a surprise as his helicopter was diverted over the Amazon due to a rainstorm. Stuckert, who is working on a project to photograph Brazil's uncontacted peoples, was with Indigenous people expert José Carlos Meirelles in the Acre region of north-west Brazil, near the Peruvian border, on their way to shoot a different tribe when they unexpectedly spotted a longhouse.

Springing into action, Stuckert was able to capture incredible candid shots of the uncontacted tribe as they flew overhead. In the images, the shock and surprise of the tribe is palpable, as they raise their arrows to defend their territory. This serendipitous opportunity highlights how little we know about these isolated peoples, whose existence often comes to light only when their territory is threatened by illegal loggers, miners, and coca producers.

According to Meirelles, three undocumented tribes live in Acre. He had prior experience with the tribe Stuckert shot, having photographed them in 1988 and participated in a 2010 BBC flight that filmed them from high altitudes. “They use axes, machetes, pans, they do know our world but they know very little of it. They don’t have any idea of the confusion that we are,” Meirelles tells The Guardian. He believes the tribe contains about 300 people and there is no known name for them.

“We call them the Indians of the headwaters of the river Humaita,” Meirelles explains. “They never made contact with anyone, we have no idea what language they talk and who they are. Fortunately we don’t know. The day we find out they will start to have problems.”

We had the chance to exchange words with Stuckert to get his impressions of the tribe and learn more about his important work. Read on for our exclusive interview. 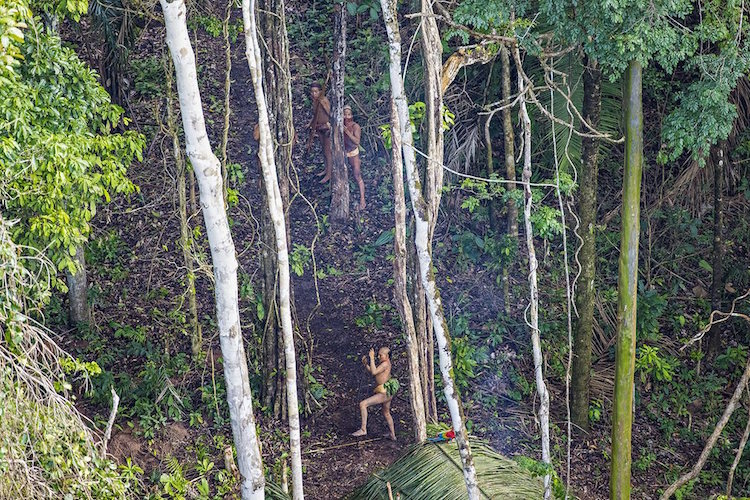 Can you tell us a bit about your work and how you got involved in documenting uncontacted peoples?

I've been a professional photographer for 28 years, and have been photographing Brazil's Indigenous people since 1996, when I visited an Ianomany tribe as a photoreporter for Veja Magazine, Brazil's largest weekly magazine. Since then, I have become a strong supporter of Indigenous people. Now I am producing a book and have already taken pictures of almost every Brazilian tribe. The objective is to show how they live presently, and how they survive in a modern society.

Meirelles, who lives in the Acre capital of Rio Branco, told me that this would be a very positive strategy to help protect those tribes from the reckless attempts of illegal loggers, miners, and coca producers to invade those unexplored areas. Greater publicity would naturally help keep them away because of very negative repercussions, and even a revolt by Brazilian society, that an action of this nature would bring. 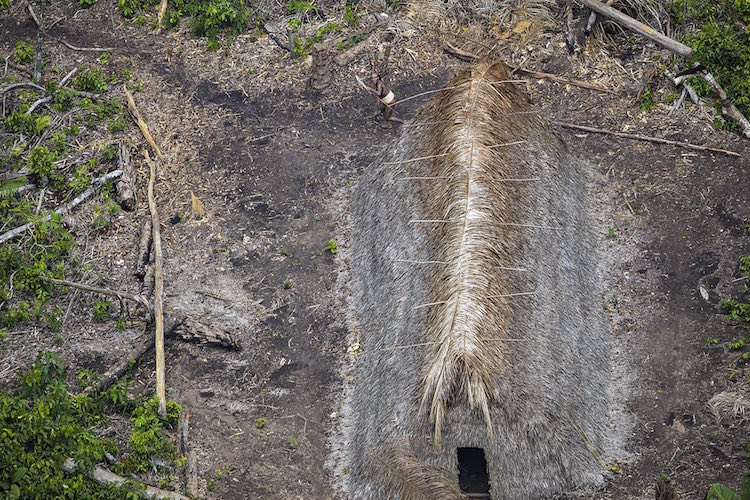 Can you describe what happened when your helicopter was diverted?

I was flying in a helicopter with Meirelles to visit and take pictures of some tribes near the border of Peru when thunderstorms forced the pilot to make a detour mid flight. Suddenly, we found ourselves flying directly over several thatched roofs carved into a very dense jungle. 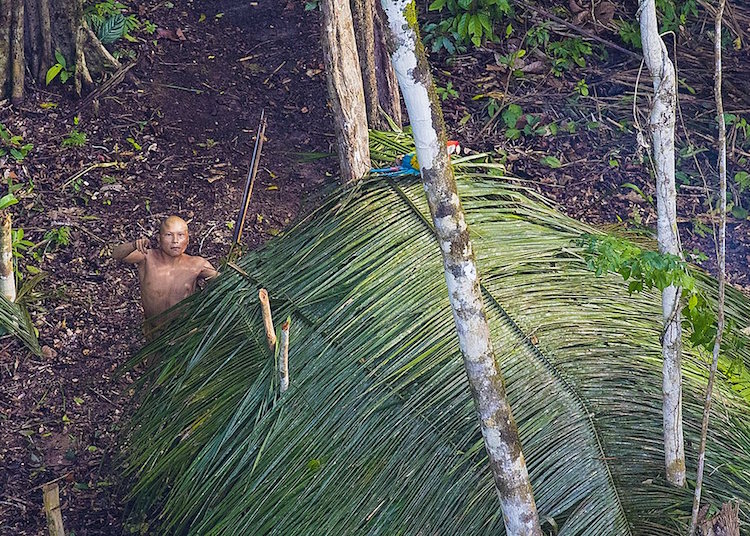 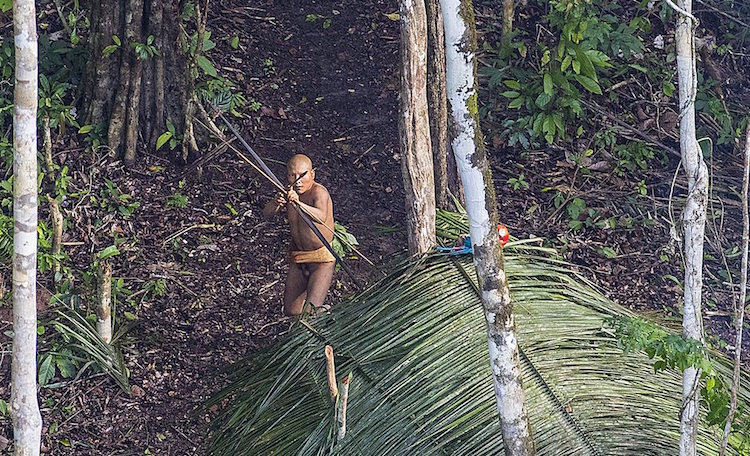 What was their reaction to seeing the helicopter?

They were surprised and very primitive. They point arrows at anything that they aren't familiar with. Because of our decision not to be seen as a threat, we decided to fly at high altitude and to take pictures using a very powerful lens.

For readers who may not know, can you share some information about Brazil's uncontacted tribes?

It is impossible by now to say precisely how many isolated tribes exist in Brazil, but there are few. We know that they live in perfect harmony with nature and show that it is still possible to survive—in some areas, of course—even in a very technological society. They use ancient methods to cultivate land, fish, and hunt. They remind us of how we lived thousands of years ago. 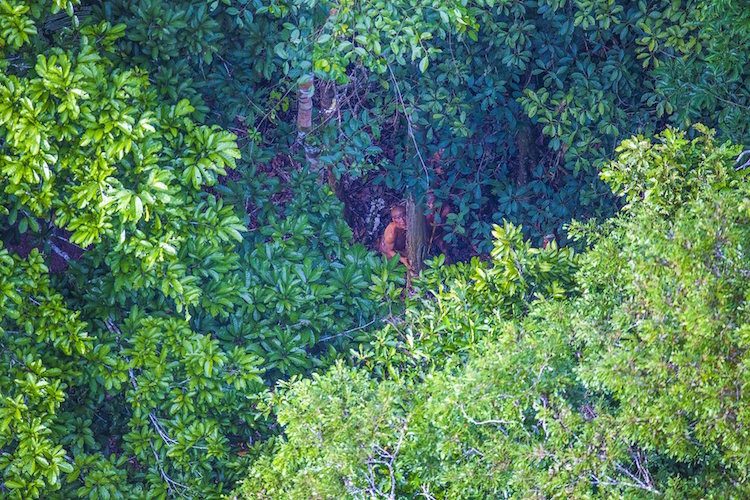 What struggles or issues do these tribes currently face?

The main issue is to avoid direct interference or contact with some groups of interests, like loggers, miners, and coca producers. Experience has shown that simple government protections is not sufficient. They need the protection of the entire Brazilian and international society. They are very sensitive to non-indigenous diseases and therefore, any direct contact with outsiders would certainly be fatal.

Is this your most memorable encounter with a tribe?

I think this encounter was the most memorable. I felt emotionally excited and full of desire to learn more about this tribe. It was a very dangerous flight, because the weather in the Amazon region is very unstable, with frequent thunderstorms. The jungle is very dense and the distances very long. When I was taking the pictures, using such heavy and sophisticated equipment, my only concern was learning more about those Indigenous people and to show who they are and how they live. As Meirelles said, if the world doesn't give the necessary attention to those human beings, or this living experience of very primitive life as an example for preserving nature, there is no hope for the future of mankind. 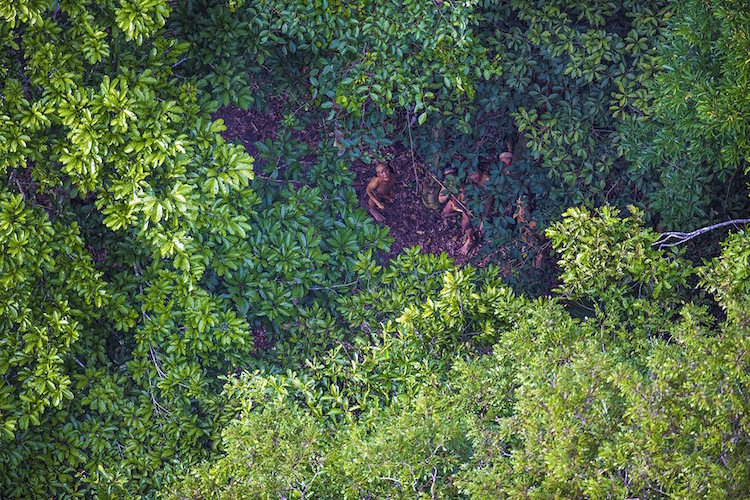 Indigenous people were the first to live in Brazil. We owe them an important part of every aspect of our culture. They are warriors that still fight against a lot of adversities. They love nature and fight for it. That's why I decided that my present project is to publish a book titled Brazilian Indians in 2017, as part of an effort to help them. 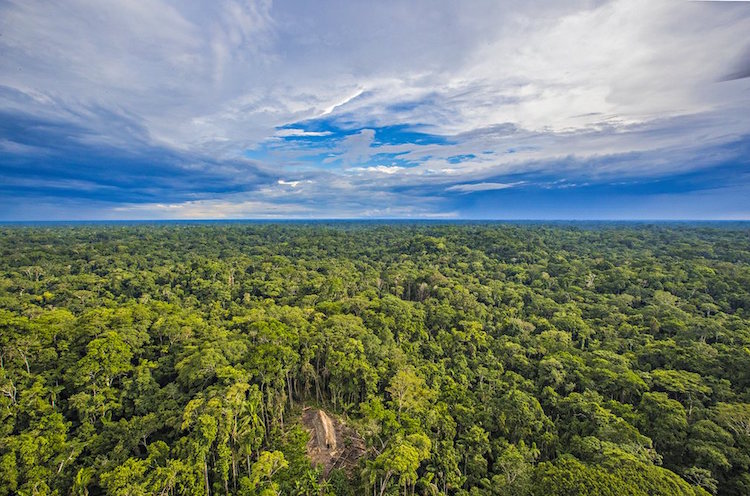 My Modern Met granted permission to use photos by Ricardo Stuckert.