Incredible Photos Reveal the Rings of Saturn with Unprecedented Detail 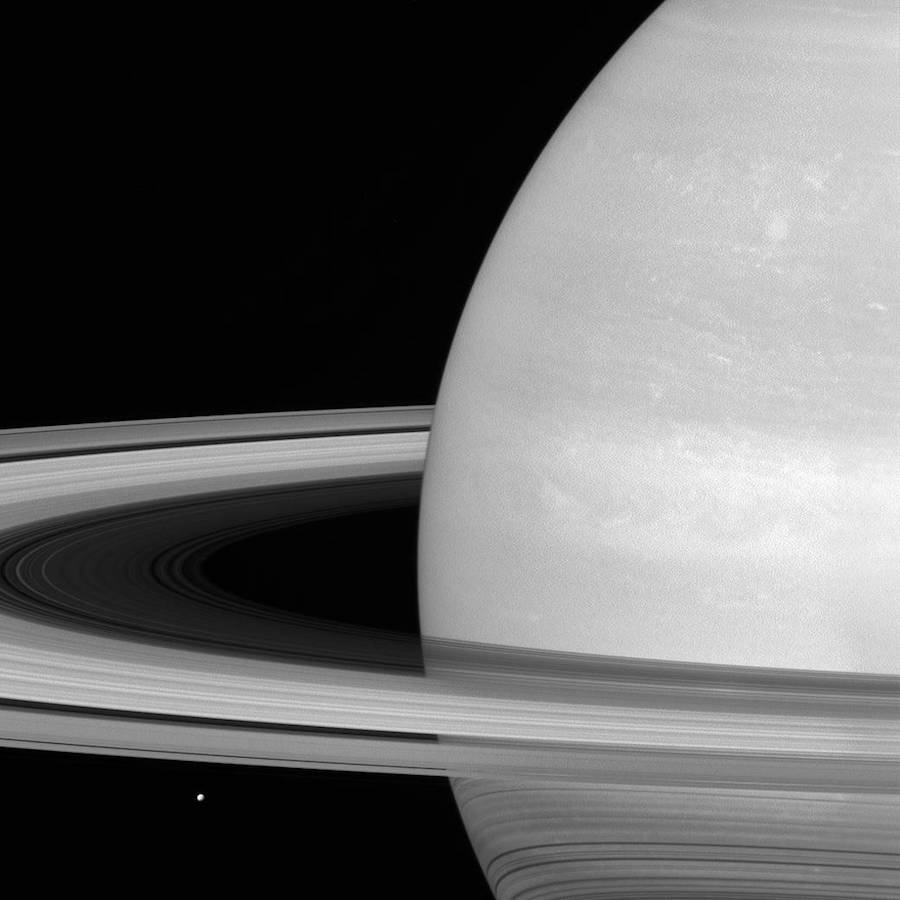 As part of its penultimate mission, the Cassini spacecraft has been orbiting Saturn's rings at increasingly close range. And now, halfway through 20 orbits that dive past the main outer rings, it sent back the most detailed images of the rings of Saturn ever recorded.

These dazzling rings made of icy debris have long fascinated us, yet it's never previously been possible to get a close-up glimpse. That's all changed thanks to Cassini. Every week since November, the unmanned spacecraft, which has been studying Saturn since 2004, has been gathering further information about the rings.

The images pick up twice as much detail as previous attempts from 13 years ago. Developing technology and increased knowledge about the rings helped capture the richly detailed photographs.

Focusing on Ring A and Ring B, the tiny flecks that seem like scratches on film are actually due to cosmic rays and charged particle radiation near the planet. Though Saturn's rings appear smooth from a distance, these close-ups tell a different story, as we can clearly see the ridges, waves, and matter flowing freely.

“These close views represent the opening of an entirely new window onto Saturn’s rings, and over the next few months we look forward to even more exciting data as we train our cameras on other parts of the rings closer to the planet,” said Matthew Tiscareno, a Cassini scientist who planned the new images for the camera team.

Cassini is gearing up for its “Grand Finale” mission, which begins on April 26, 2017. At that time, the spacecraft will begin 22 orbits plunging through the gap between Saturn and its rings. It's a risky orbit that has never before been attempted, and a fitting way for Cassini to go out. Originally only scheduled for 4 years, this elder statesman has long fulfilled its duties with 20 years in space. 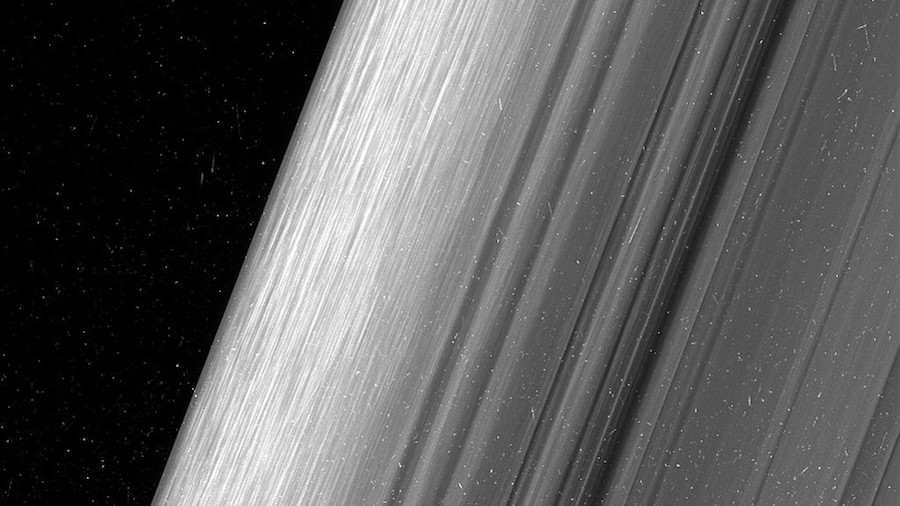 Close up of Saturn's outer ring B. Each pixel in the image represents one-quarter mile. 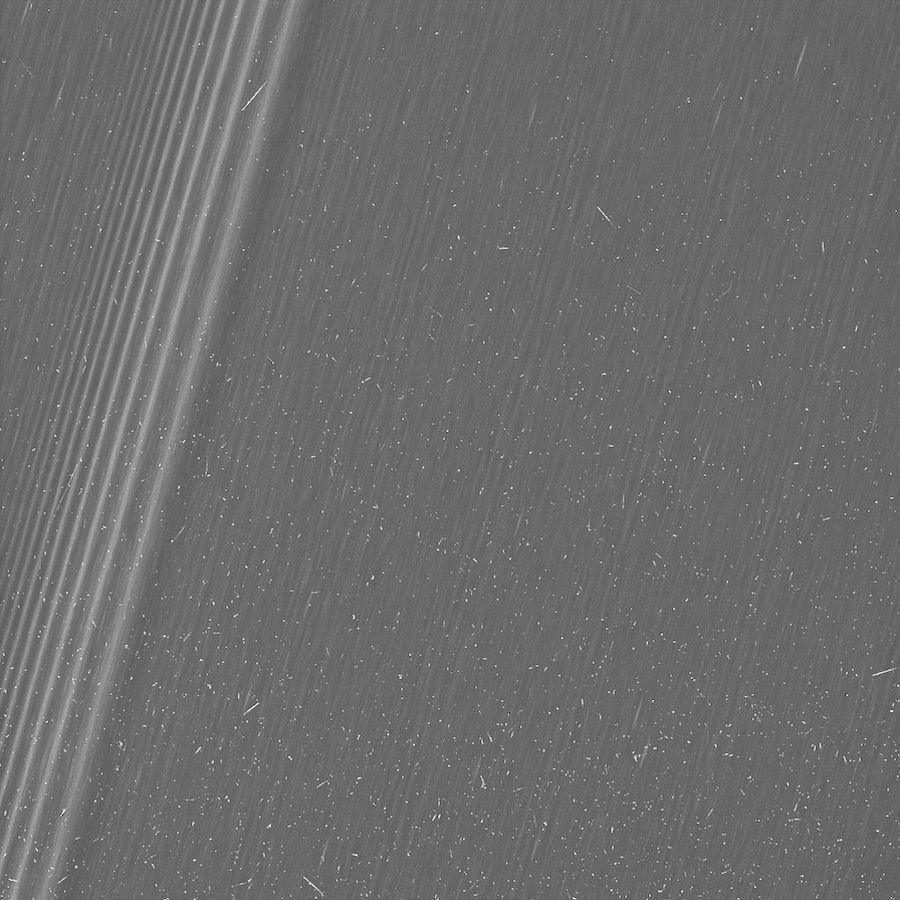 An area of Saturn's outer A ring. The small. bright blemishes are due to cosmic rays and charged particle radiation. 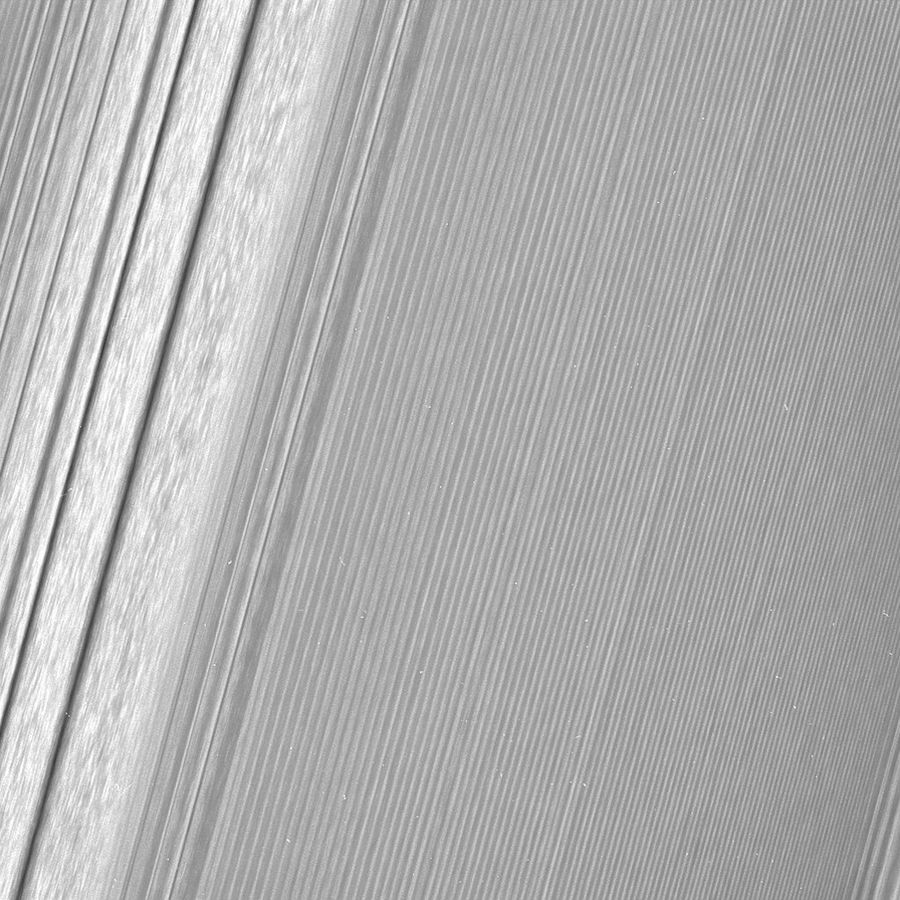 The faint streaks seen in this image of Ring A are owed to unseen moonlets embedded into the ring. Researchers call these streaks “propellors.” 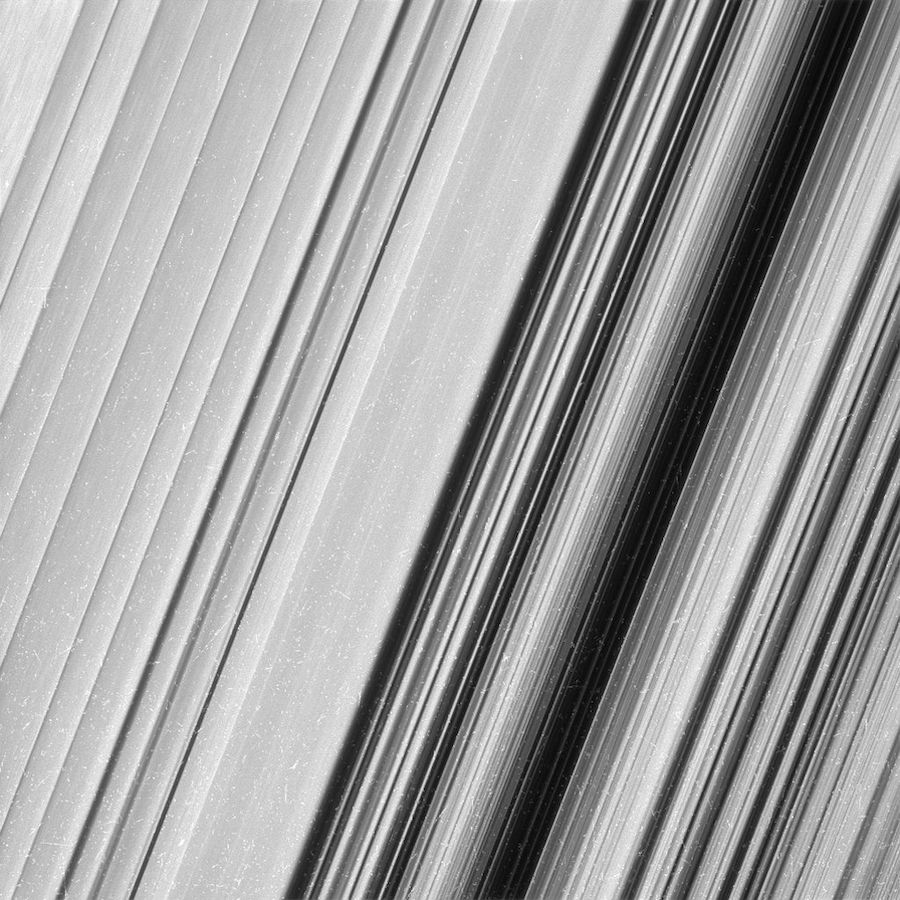 A view of Ring B. The resulting long exposure photographs show the rings with twice as much detail as previously recorded.

All images via NASA/JPL-Caltech/Space Science Institute.