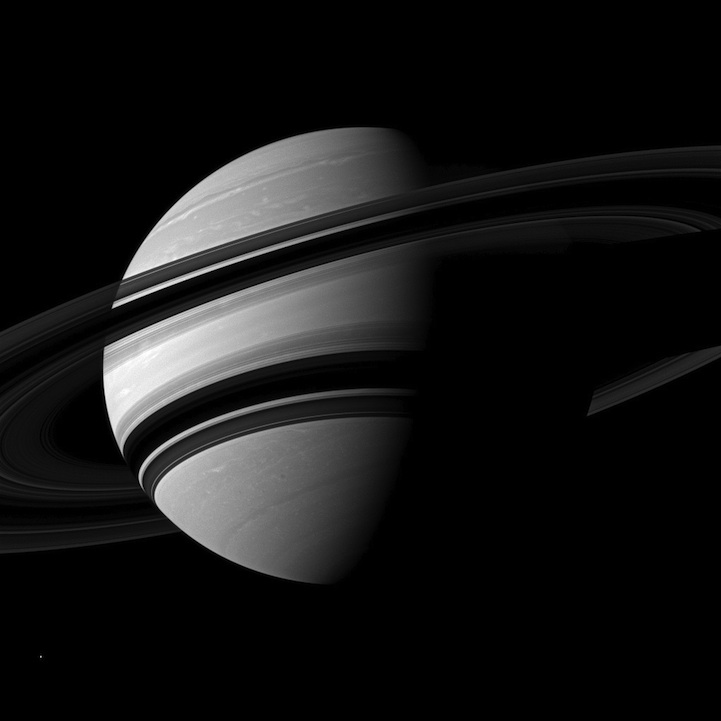 So perfect it almost looks unreal, doesn't it? It's actually a newly released photo of the second largest planet in our solar system, Saturn, taken by NASA's Casssini spacecraft wide-angle camera that was stationed an astounding 1.8 million miles away from it. Love the view of the rings and the shadows they cast from its sunlit side. Look closely and you can even see its moon Enceladus as a small, bright speck in the lower left corner of the image. Just gorgeous.