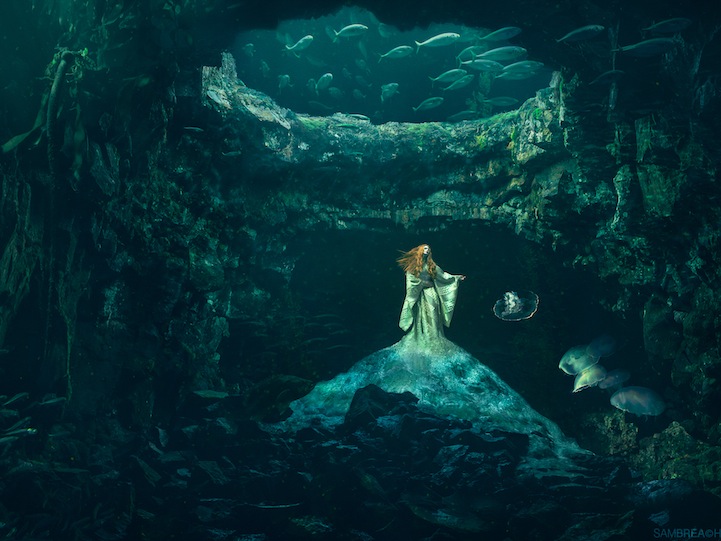 Having worked as a digital artist for George Lucas' Academy Award-winning motion picture visual effects company, Industrial Light & Magic, San Francisco Bay Area-based Sam Breach was happy seeing her name on the big screen for such movies as Star Wars, Harry Potter and Pirates of the Caribbean, but knew in her heart that she wanted something more. She found it much more thrilling to be involved in a creative process from start to finish, so she stepped into the world of photography. When she learned about Miss Aniela's photography workshop in Iceland, she was determined to be one of the sixteen photographers to experience it. We were lucky enough to go one-on-one with the photographer to learn more. 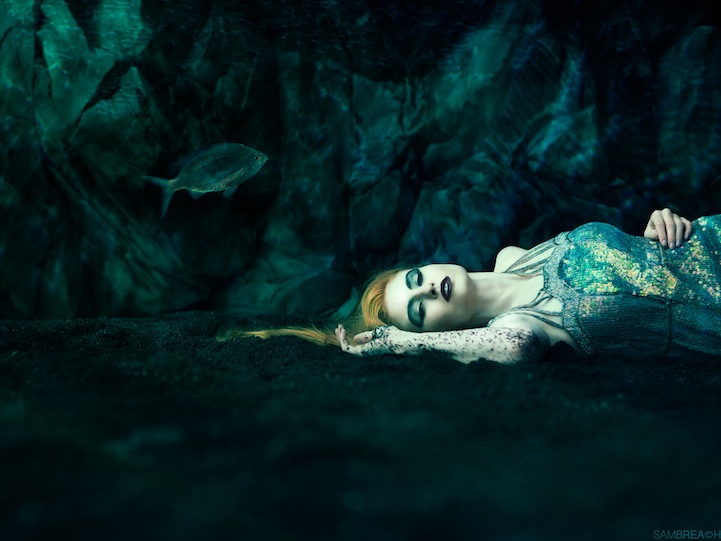 Can you please tell us about your trip to Iceland? Why did you go there and what was it like?

I visited Iceland in April 2014. It was an incredible experience. I have always been attracted to images depicting unusual Icelandic landscapes, but because I love to photograph people, photo workshops in Iceland rarely appealed to me as they were catering mostly to landscape photographers. So, when I heard that Miss Aniela was organizing a Fashion Shoot Experience in Iceland it didn't take much to persuade me to sign up. 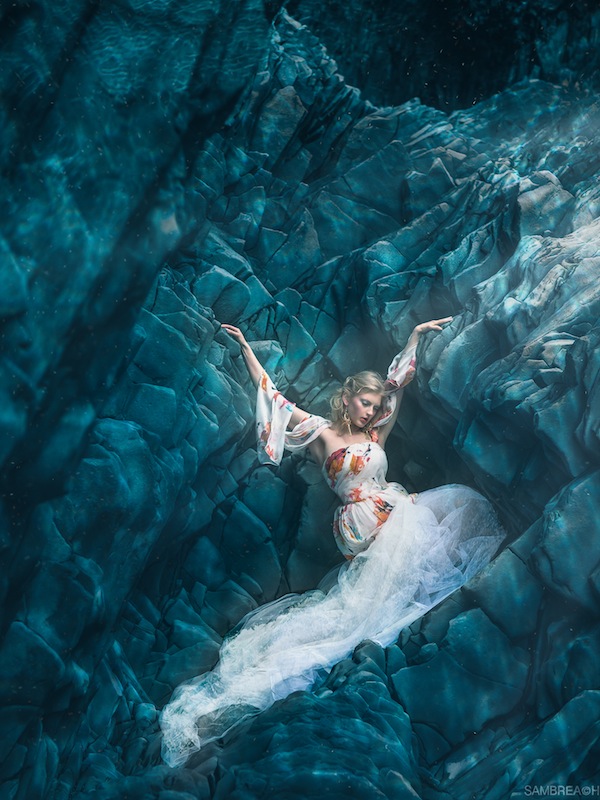 What did you find most challenging about shooting there?

There were a couple of challenges. The first was the weather. It was crazy and it kept changing radically in a matter of minutes. One moment it would be blue skies, the next minute grey, and then we'd have rain, or a full on snow blizzard. It was totally mad. The models were absolutely fantastic, hardy, good humored and resilient, but the conditions meant that there was a limit to how long they could pose for in each location. This led to the next challenge – we were sixteen photographers and we quickly learned that because of the tumultuous weather, one on one time with the models would be extremely scarce. We mostly had to shoot whenever and wherever we could, often paparazzi style.

I quickly realized that the danger might be in everyone's photographs looking the same, so I began to try and distance myself from the rest of the group by getting down on my belly, or shooting at perpendicular angle from everyone else. I also spent a lot of time wrapped up in my thoughts about the landscape and how it was speaking to me. At some point during the week I had an aha moment where I envisioned the landscape being part an imaginary/fantastical under water inspired theme and the idea of Siren Songs was born. After that I could hardly wait to get back home then, to shoot some aquarium footage that would help me make the pictures forming in my head into a reality. 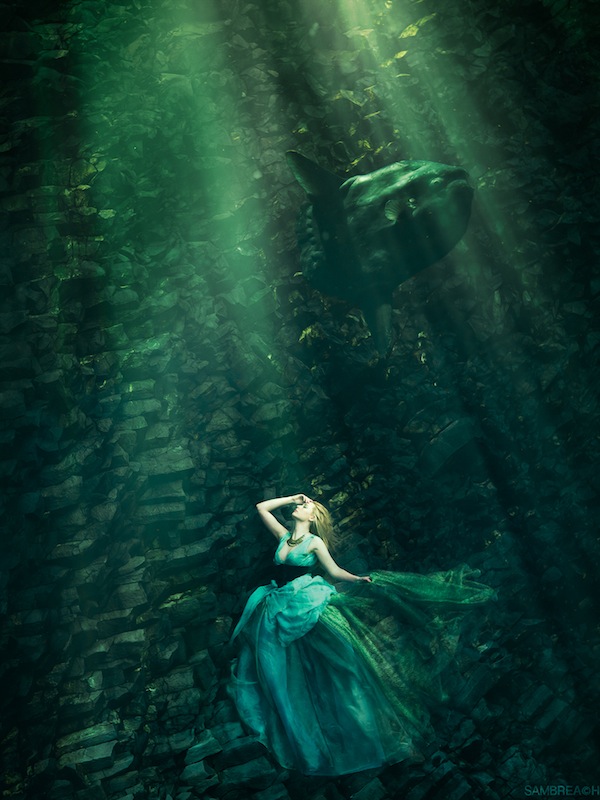 Who was the project commissioned for and what were their conditions?

The project wasn't commissioned, but my personal goal from the outset was to get it published in Dark Beauty Magazine as a six image editorial sequence. At the time they had a Wild Card issue coming up with a freestyle theme so I was able to submit Siren Songs for that. I was selected and you can find my work in issue #35. 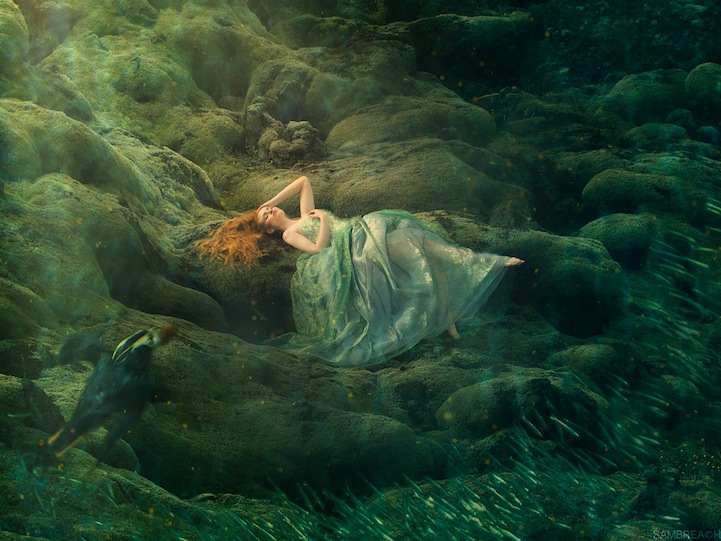 How do you think the project turned out?

I am very happy with the way the project turned out. It was wonderful for me to see all the ideas swimming around in my head come together in exactly the way I envisioned to create a visual story throughout a sequence of several images. Siren Songs happened because of the input of a great team. 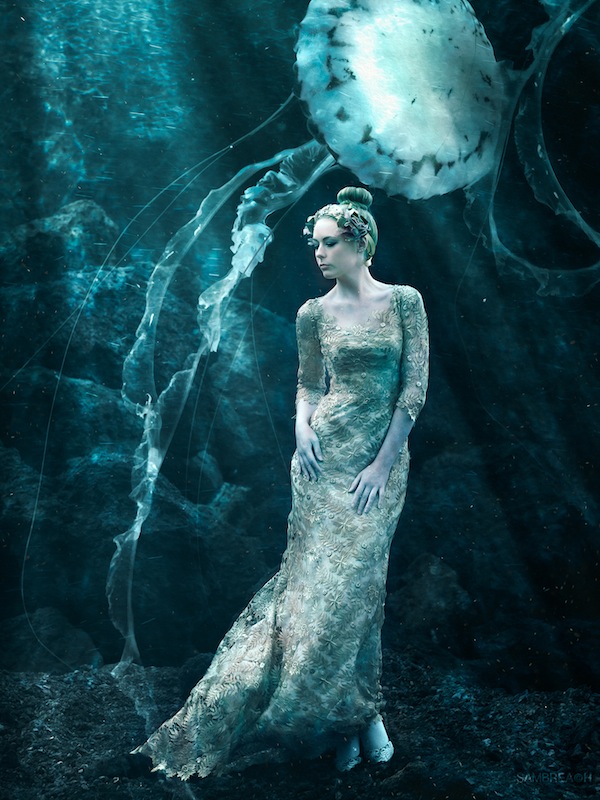