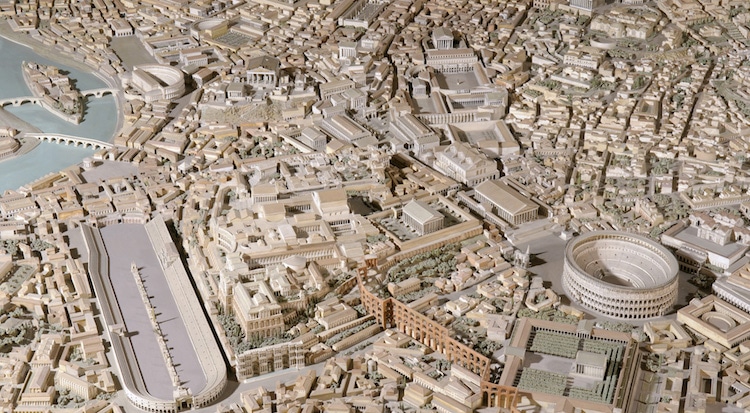 Tucked in the residential Roman neighborhood of EUR, a sprawling 1:250 scale model displays the glory of ancient Rome. Known as the Plastico di Roma Imperiale, the plaster model was commissioned by Mussolini in 1933 and depicts Rome in the 4th century AD at the time of Constantine I. It now sits in the Museum of Roman Civilization, a museum opened in the 1930s to demonstrate the history of ancient Rome.

The plaster model is a masterpiece created by archaeologist Italo Gismondi, who worked on the piece throughout his life. The initial core of the scale model, which was partially based on Rodolfo Lanciani‘s 1901 map Forma Urbis, was completed for a large exhibition celebrating the 2,000th anniversary of the death of Augustus. In the 1950s, it was installed permanently in the Museum of Roman Civilization, with Gismondi continuing to expand the model up until 1971.

Now considered one of the most important references for how ancient Rome looked, Gismondi used precise maps for known monuments like the Pantheon and Colosseum. The residential housing, as well as other sites without archeological remains, were created using models that were representative of ancient construction. Ironically, though Mussolini commissioned the model, the lack of references was actually his fault, as he ordered that many of Rome's ancient houses be razed to make way for large thoroughfares such as the via dei Fori Imperiali, which leads to the Colosseum. 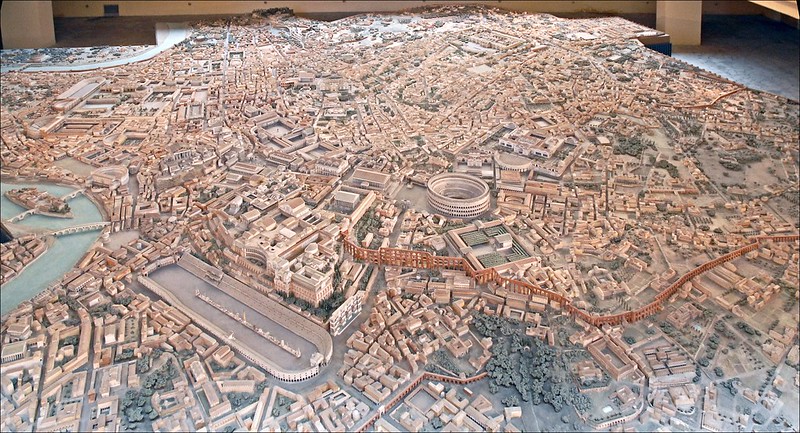 Whatever its initial purpose as propaganda, the Plastico continues to draw school children and tourists who now use it as an educational tool for envisioning how the ancient ruins they see today once fit into the larger urban landscape. The immense scope and detail of the Plastico, which measures 55 feet by 55 feet, has also been useful for filmmakers, including Ridley Scott, who included a few shots in his 2000 film, The Gladiator. 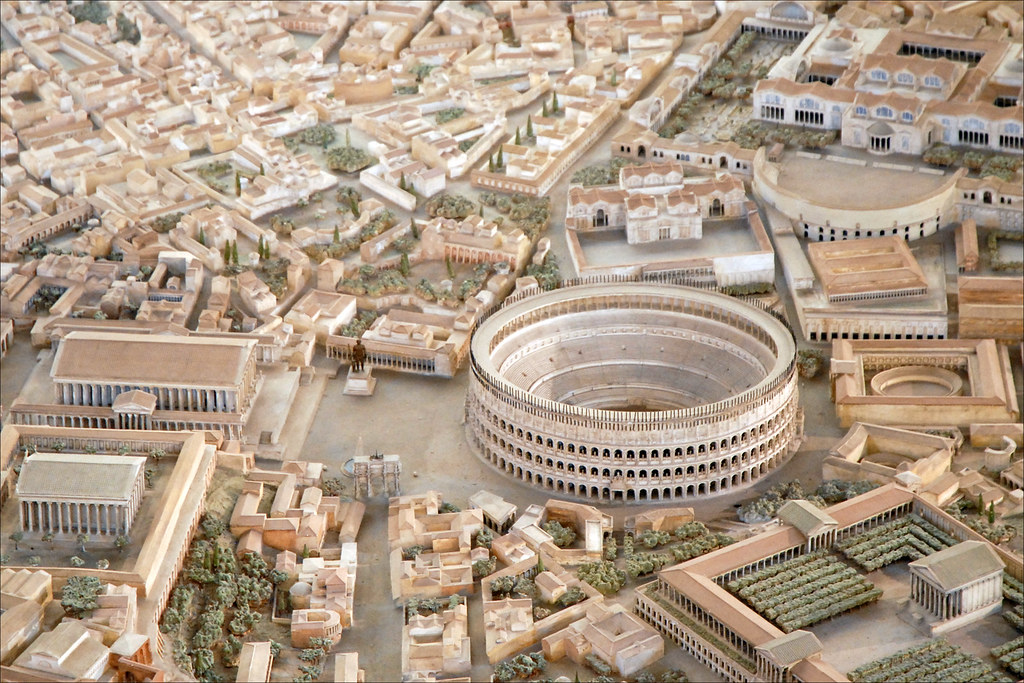 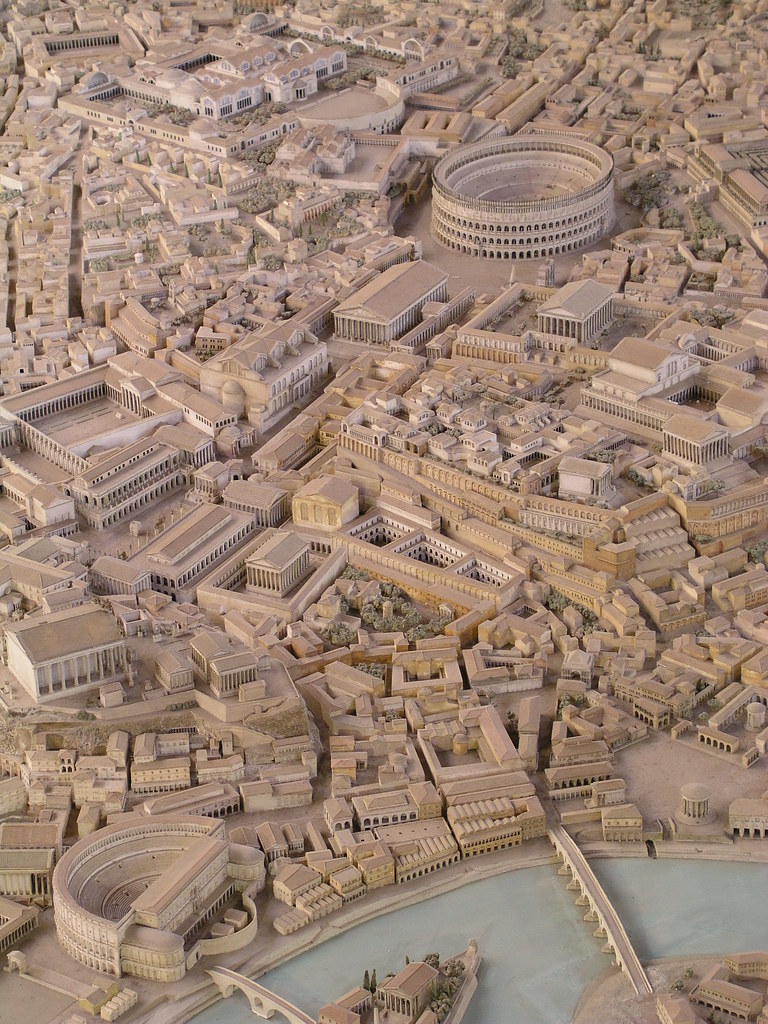 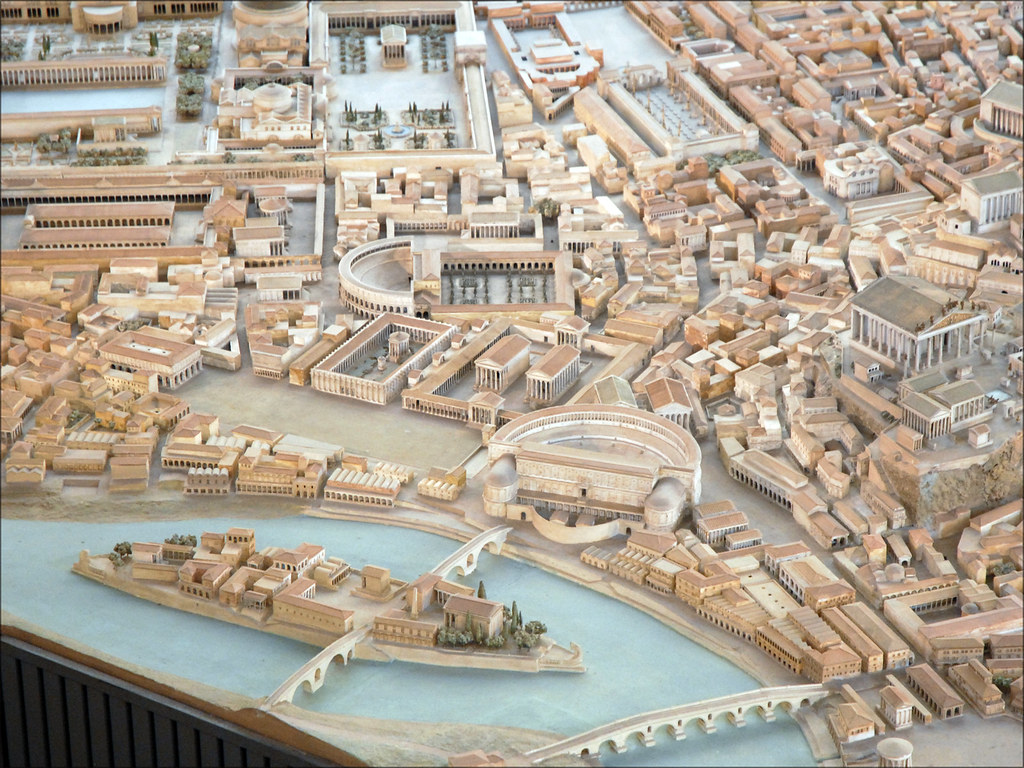 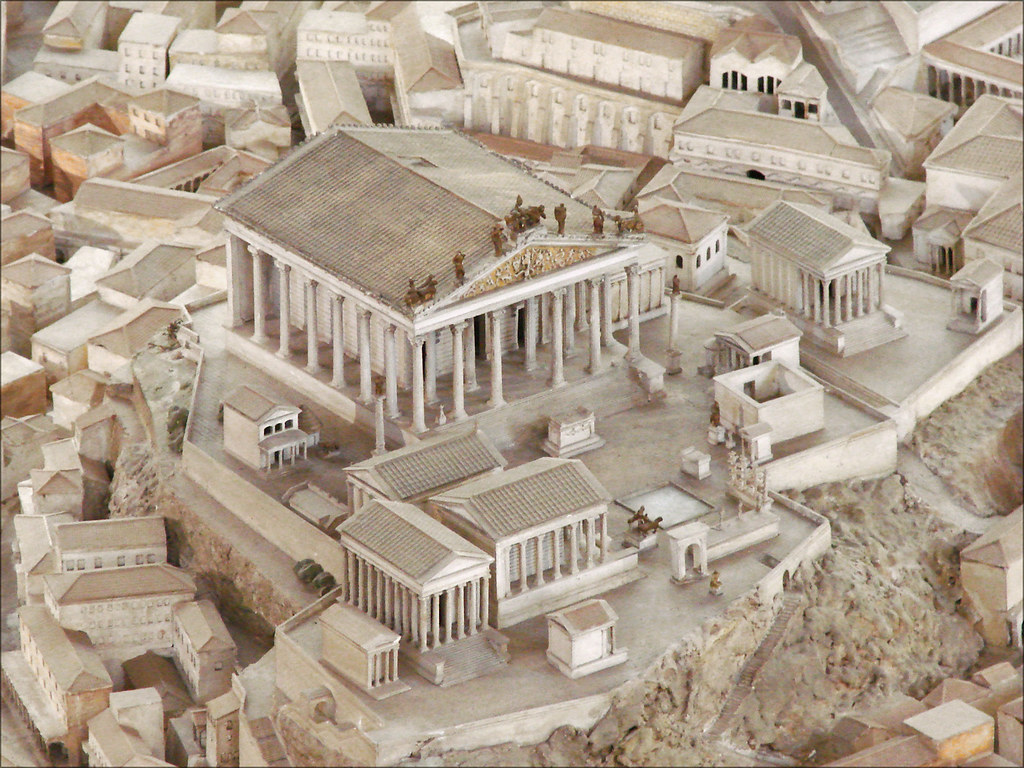 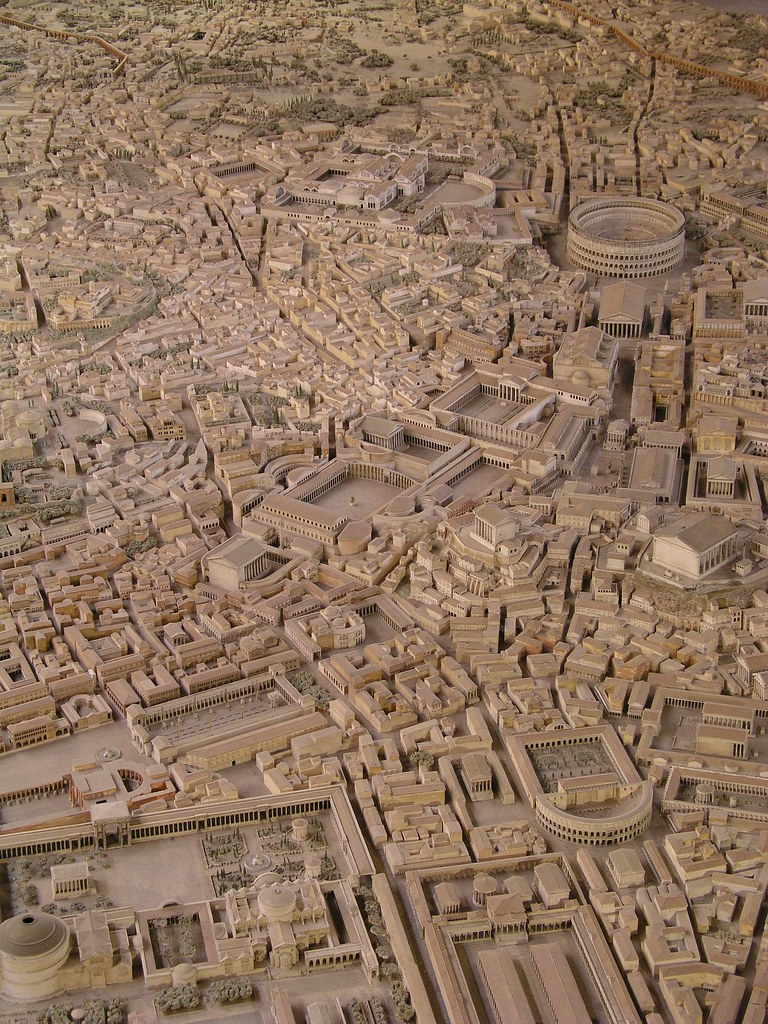 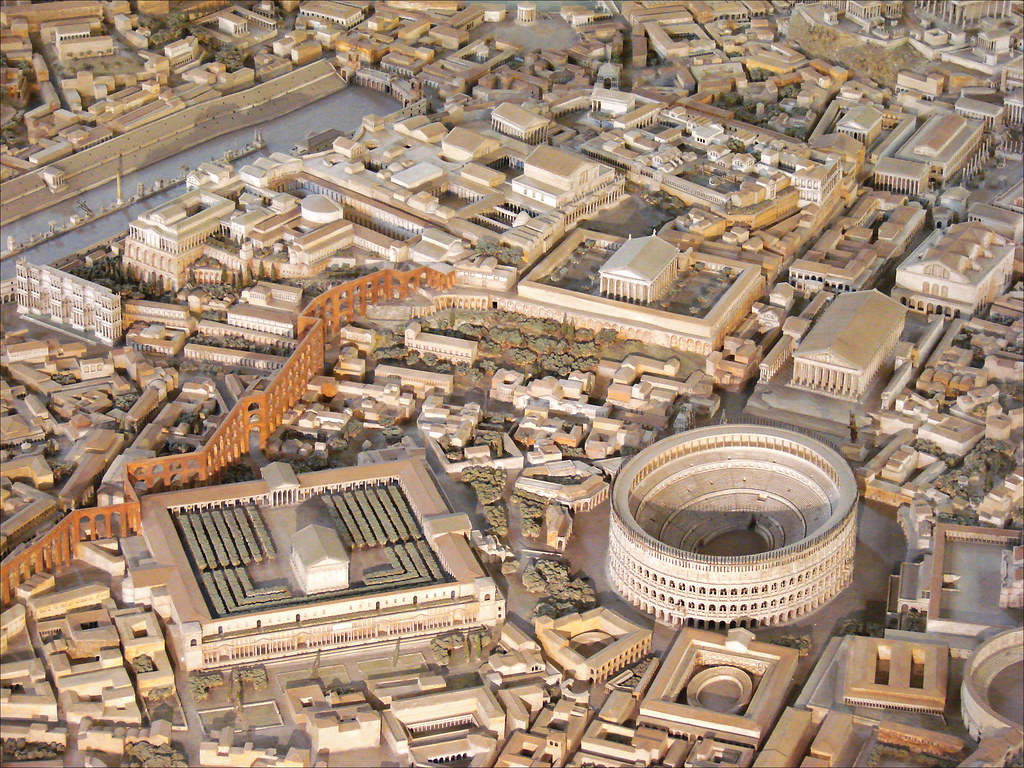