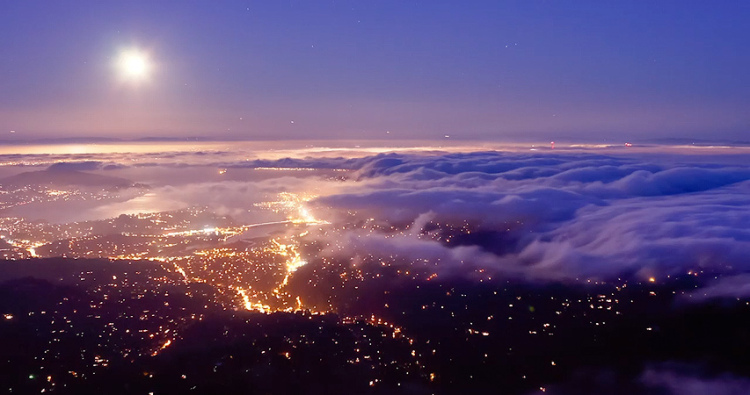 Simon Christen, the photographer who took one of last week's Pic of the Days, just told us about a video he created called “The Unseen Sea.” It's a series of time-lapse shots he took over a one year period around the San Francisco Bay Area that's been beautifully compiled into one absolutely mesmerizing video.

When asked by a member on Vimeo if he would share his technique, he wrote this:

“I'm using a Canon 40D with either the Canon 10-22mm, 24-70mm or lately the 70-200mm lens attached. The night shots take a little while to capture all the light. For example the fog waves hitting the hills was shot at ISO 640, f/2.8 and I believe 4sec shutter speed. As the light changes I just keep adjusting either one of these settings. Usually it's a compromise of ‘ok I guess I can tolerate a little more noise, but get to capture more frames.”